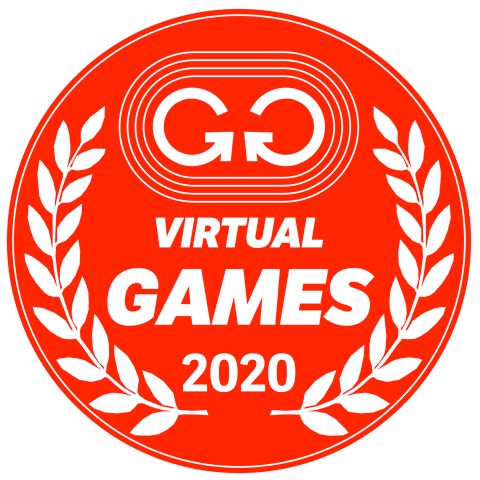 Well that was something else, as the clock ticked down to 7pm I won’t lie I was a little nervous however as soon as I pressed live (and it worked, this has not always happened in practice) we were off.

So after all the prep it was show time, Saturday night, after a whirlwind 2 months from thinking it up, it went live and I have to say what a fun experience it was.

Please note, Chris has done a super job of updating the website which features all the events, all the area videos and if you fancy watching the whole thing again, bingo it’s there.

So in total 29 areas got involved sending in clips of their finest duvet making, tin stacking, shoe putting on, tin blowing, boat wafting, planking and jumping clips it was something else, we even had a virtual elimination 5km race, which if I don’t mind typing was extremely tense. I was bowled over by the level of entries, not only that but we also were sent loads of different area videos which feature a bit about what some of the GoodGym areas have been getting up to during these times. We even got the marching band back together to play the GoodGym Games Anthem.

All in all it was wonderful, from the commentators who provided such good commentary throughout to the participants who just got involved. I was delighted to see so many watched throughout and loved reading the comments, the aim for organising these types of things is to hopefully bring members of the community together as I think we have so many different and wonderful characters.

The overall winners of the two trophies up for grabs were GoodGym Lambeth taking the Kerry-Barnard Cup and GoodGym Haringey taking the Hunter-Sidhu Shield on the last event.

Not only did we have that going on, my inbox was full of delicious bakes and carefully crafted veg/fruit. I think the standard just keeps going up a notch through sourdough loafs to delicious cupcakes, however the winner this year in the public vote was Imogen with her winning baking creation "3 We're all having a good lime (cake)"

Craving it up on the veg side was a wonderful creation named "The Eye Test" curated by Andrea Lo. Both I’m sure we can agree were outstanding. Please see their winning creations on Here

Please note more photos from the entries will be added in the coming days.

I also do want to thank the GoodGym Games committee who have been wonderful to work with, I brought this idea to the table when the GoodGym in Oxford was postponed and together we made it into last nights show, they are deserves a massive cheer, with special mention to Mark Gilyead, who had edited more clips than I would like to say, thank you.

Here's a video for all the team: video