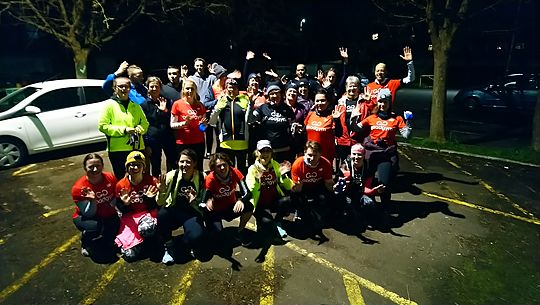 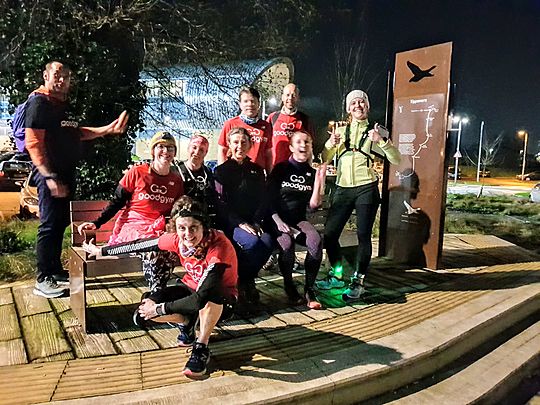 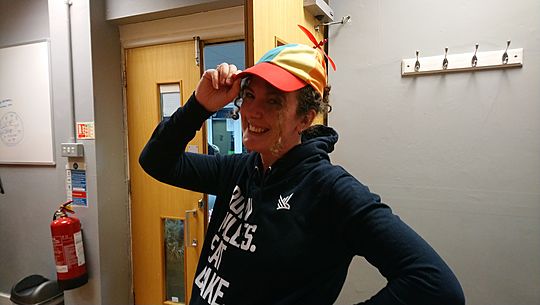 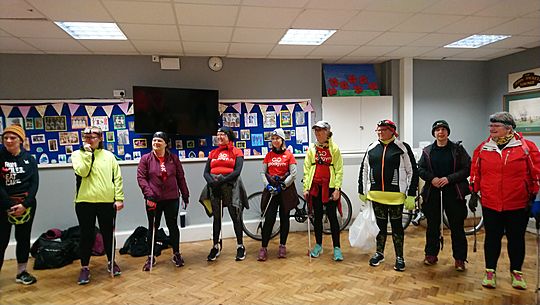 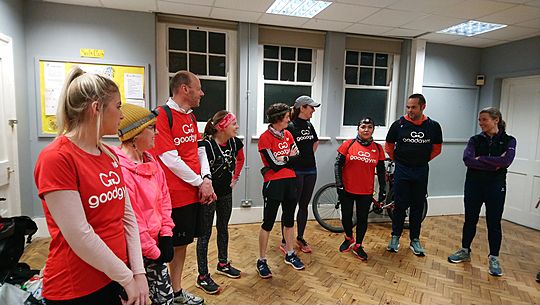 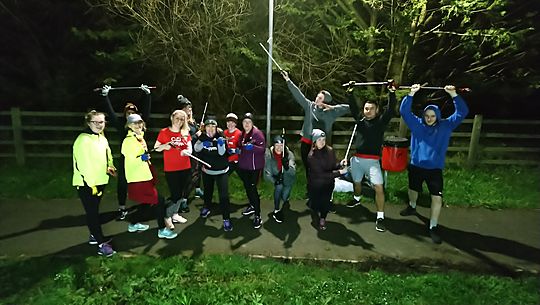 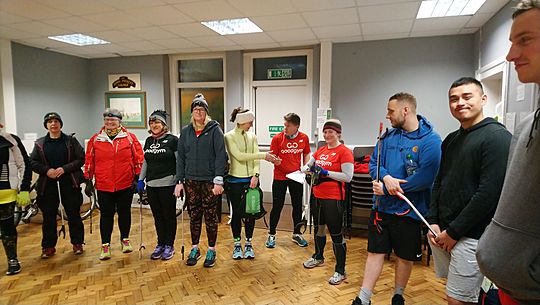 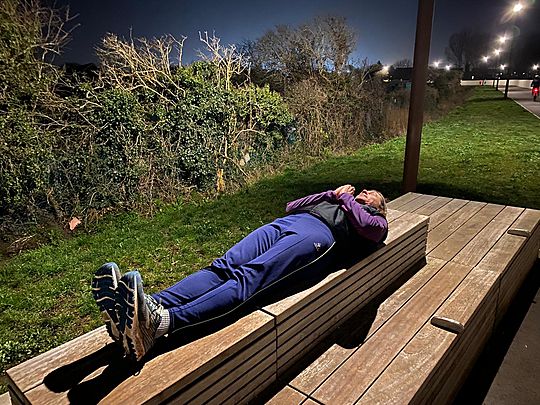 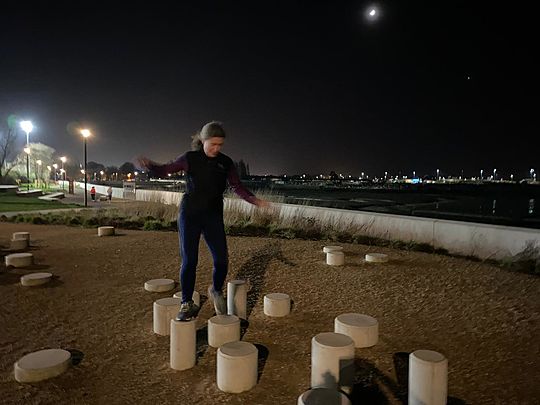 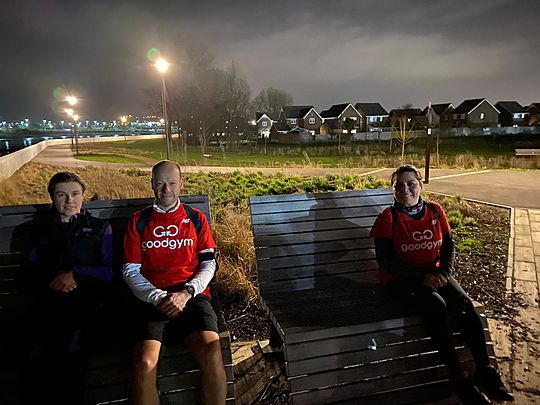 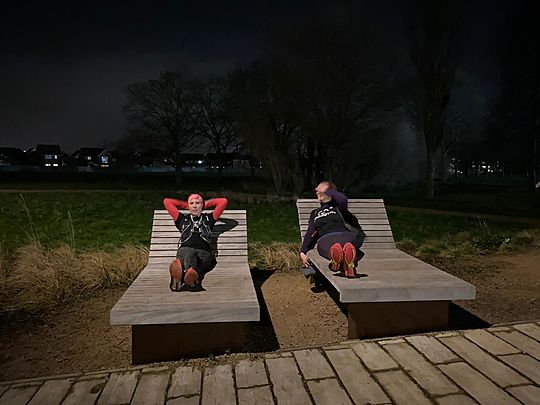 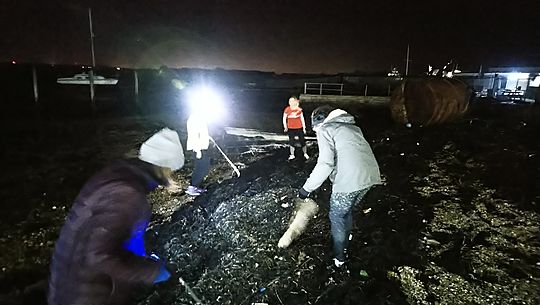 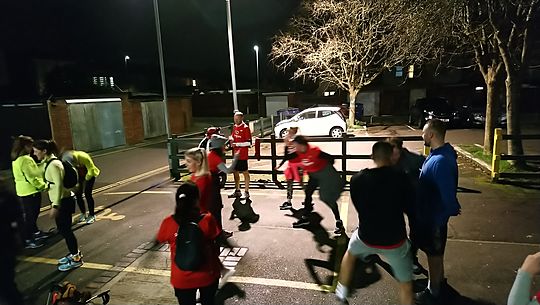 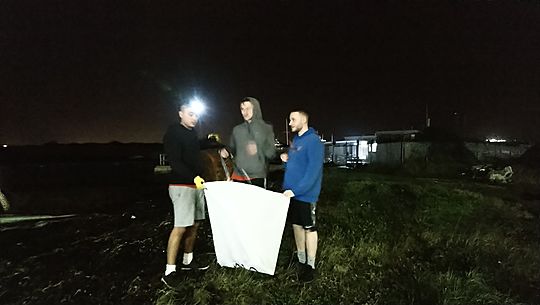 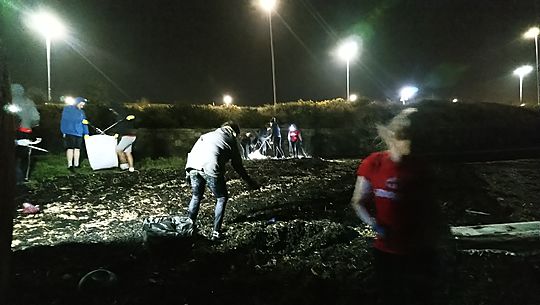 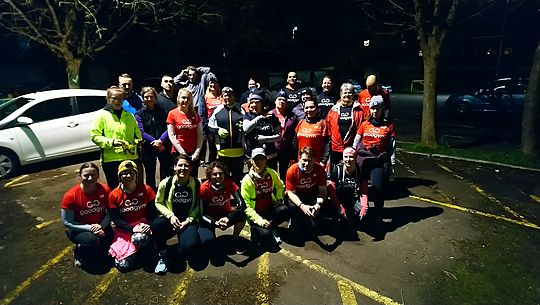 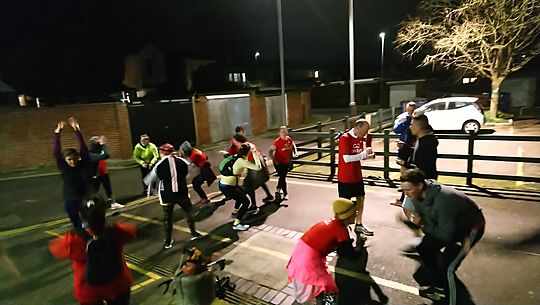 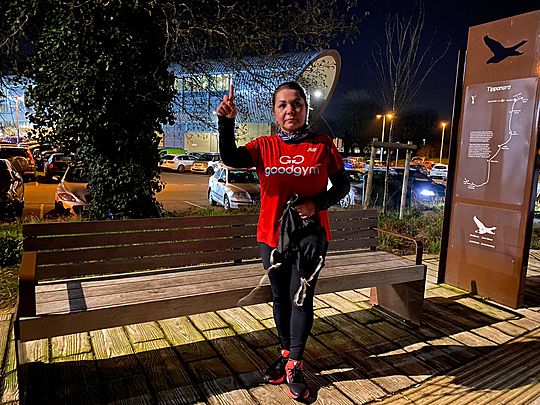 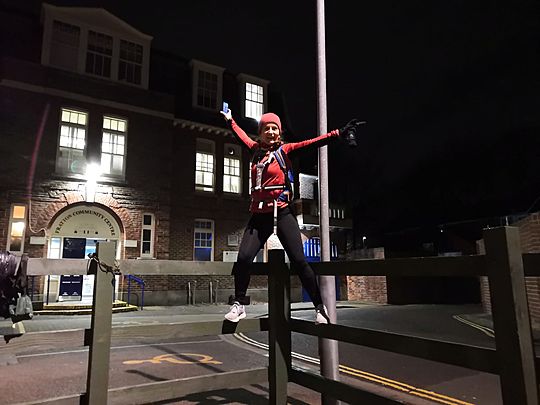 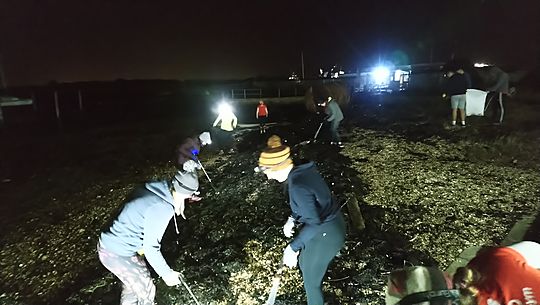 Firstly, big welcome to Ashleigh who joined us for her first GoodGym experience tonight - hope it wasn't too overwhelming!
Secondly, congrats to Jen who's reached her 50th good deed (52 tonight!) so got to model the hat (albeit briefly!).

Tonight there were a whole 27 of us which makes for A LOT of concentrating on the headcount but also equals our attendance record.... That's three times we've had 27 people along now and tonight we had three tasks too, hence the run report title, with the extra bit of nerdy maths in there - I can't help myself!

We had the A team of BA Barracus, no, hang on, Louisa, Val (safely back from the massive GG York group run) and Tracey who did a litter pick around Kingston Rec. Their most interesting finds: a battered umbrella and some mini kids chairs (which they threw back into the nursery school) plus lots of food including an unopened Mars bar! They found lots of bottles and cans that have been recycled back at the community centre and they continued the Fratton based good deeds by picking up lots of cigarette butts at the entrance to FCC.

The B team (B for Brilliant obviously) headed up to Tipner shore to attempt to tidy up some of the rubbish on the beach near the Park & Ride. We had to report some fly tipping as there was a lot there but we managed to fill 4 big bin bags with rubbish and left them by the bins for collection. We found some clothes (of course), lots of fishing netting and polystyrene and an old kids car seat but our oddest find was a pillow complete with pillow case in quite good condition! We ran back a slightly different way and Jen lead the Buckland back street tour!

The C team were the keen runners tonight, who opted for the longest option of 5 miles. Their task, led by Maxine with the clipboard and Tony with the route knowledge, was to measure the distance between all the benches on the newly opened foreshore path so we can share it with Age UK Portsmouth & the community connectors team so they can encourage people to use it for short walks (with the ability to gradually increase their distance). Maura was brave and went along with this group AND she didn't moan any of the way. Kat had fun on the small posts and there was some testing of the sun loungers despite the lack of sun. This group also did a little bit of litter picking while they were out and ended up doing the entire foreshore and therefore actually covering 6 miles!! C for Champion perhaps? (appropriate as Jo was in this group!)

By completely excellent planning we all got back to base at the same time so we were able to have a fitness session comprising of the evolution game (I did worry that Michael was going to stay as an amoeba forever!), a quick stretch out and a nicely lit photograph of 26 runners taken from a totally risk assessed and safe vantage point - honest!

Big thanks to the task force for helping to lead the groups and bringing equipment. Massive thanks to Sam for being an amazing delivery driver - I wouldn't have got to Fratton with all that on my bike (don't forget she's looking for ideas for the bid for the GoodGym Games). And thanks to Rosie for being a courier with a book for Laura!

We still have a few community missions to keep the good deeds coming for the January challenge. Check out the listings here Plus there are a few chances to up your good deeds tally over the weekend too. Next week we're off to Naomi House so it'll be a short run and a nice warm indoor task!

Good luck to everyone running the Coastal Half at the weekend, especially Maxine who's doing her first half marathon!