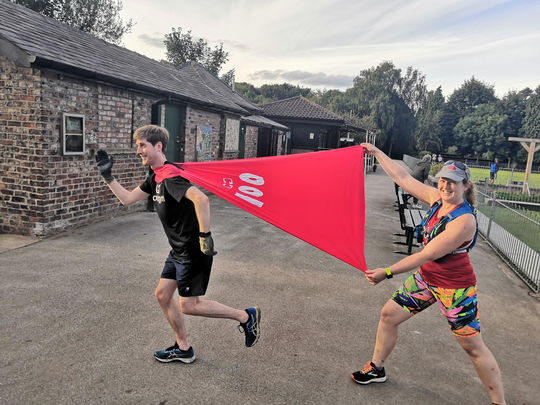 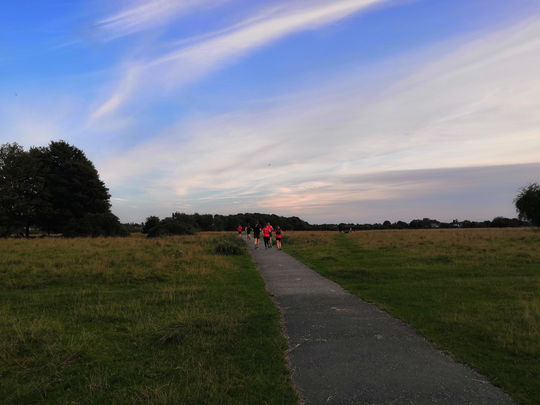 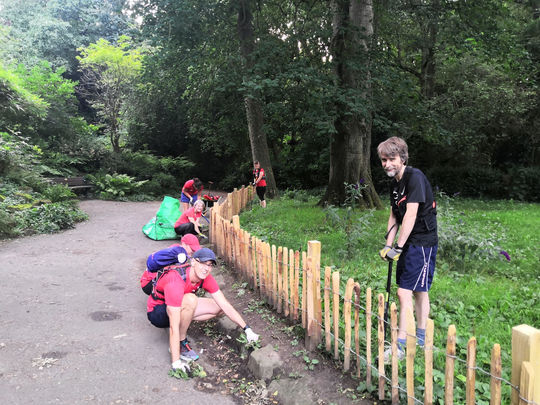 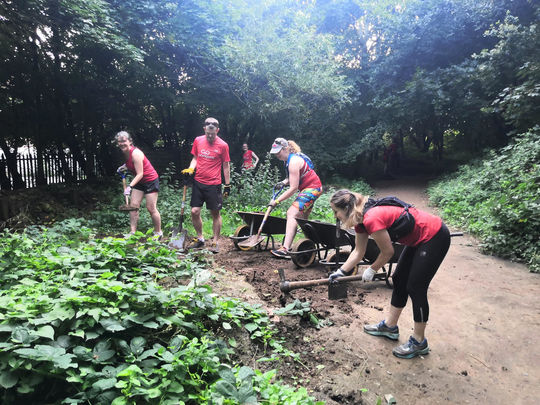 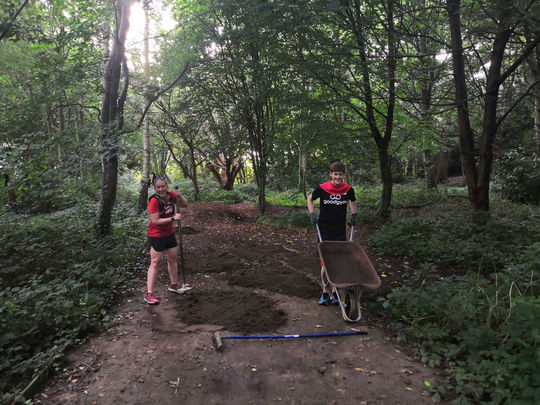 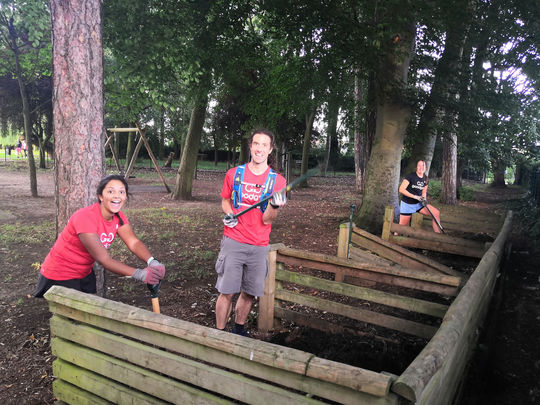 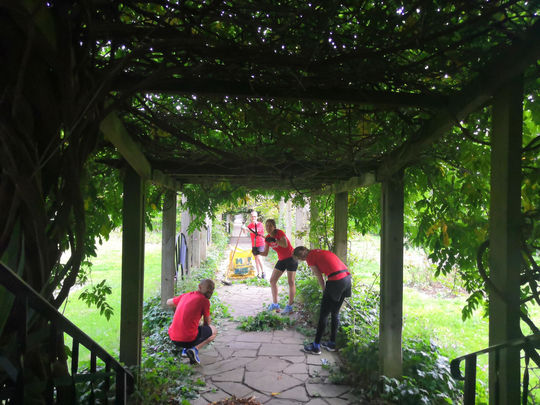 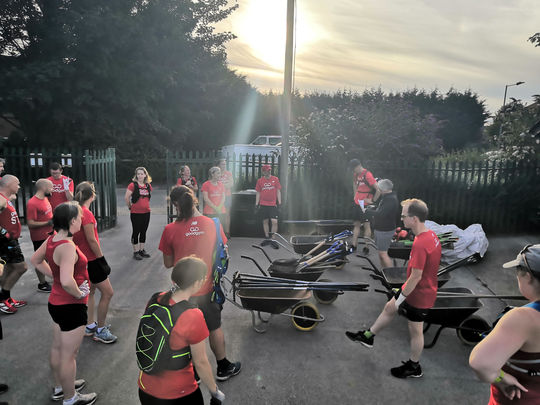 Few of us, including me, were fresh from holiday and GoodGym hungry. Debs and Michael only just got back home from holiday in Wales and came to the group run before even unpacking. Thumbs up for dedication!

Ben, who arrived half way through the welcome briefing, was celebrating his 101 good deed and was rewarded with a round of applause and the honour to wear the cape of 100 good deeds throughout the task.

Ellie and Debs left slightly earlier, as they were walking to the task location and the rest of us went through a series of movements getting ready for the run (it included shoulder rolls, arm circles while walking, jog, high knees and jog again). With everyone warm and ready we departed to do some good.

Later conversation revealed that the walking group took the ‘normal route’ and crossed the road 6 times on the way to the task, while the running group took a slightly shorter route featuring a footbridge over the railway track and 7 road crossings.

Some of us arrived at the park slightly earlier and helped Kristina, our host, with unpacking her van and segregating tools for particular tasks. Today’s tasks included continuing spreading soil from the mud mountains on nearby paths, trimming geraniums, bagging good to use compost, turning partially rotted compost and weeding around the edge of the newly created wildflower garden. Kristina was as always well prepared and knew exactly how many people were needed at each location. Some of the jobs sounded more exciting than others, but we promptly ( in a GoodGym way) organised ourselves to tasks and started working. We had approx. 35min to complete the jobs and time was flying quickly today. It was all going well until the compost bagging crew Michael, Craig, Stefan and Ed realised that they were bagging the wrong compost. Kristina pointed them in the direction where the good compost was and boys speedily started filling the bags with the right stuff.

I did help as much as I could by emptying one wheelbarrow before running to check on the wildflower garden team.

The wildflower garden is a new feature at the basketball court end of the park. It had a small wooden fence installed recently and some young hedging planted to protect the grass and wildflowers from being walked on. Barbara was busy here relocating some of the plants, while Carl skilfully operated the edging tool making it easy for Paul, Lizzie and Laura to remove the unnecessary turf and weeds to make space for the new plants.

Meanwhile, along the path in the rose garden Zinnie, Mitchell, David and Izzy used gardening shears to cut the vibrant geranium off the paved path making it slightly wider.

Finally at the other end of the park Cara, Max, Amy and Dom , who was also an official photographer and visited all locations to take photos of people at work, were busy turning compost in the play area composting bays. I think this and the geranium task were the two that were fully completed, while the mud mountains, compost bagging and wildflower garden will need revisiting in the future.

At the start of the task I asked everyone to meet me at 19:20 on the grass by the white goal posts for a fitness session. Leanne and Paul get a gold star for being very punctual. Others arrived just few minutes later, so a great timekeeping overall I must say. The fitness session was a game of crab football. Normal football rules applied (except the offside rule) however we were moving as crabs with foot and hands on the floor, chest facing the sky and our bottoms not touching the ground. We split up into four teams and played two simultaneous games. The team to score the highest number of goals was going to be the winning one, however with everyone having fun we did not really bothered that much. After 8, or 9 minutes of crazy crab football everyone was ready to walk and run back to the base. The running group took slightly longer route and we caught up with the walking group at the last traffic lights not far from our destination. A short stretch followed before some of us went home and some headed to the Ackhorne Pub for a spot of liquid refreshment.

Next week we are delivering newsletters across Foxwood. The location is 4km away from York CVS and we will have two groups running to the task. One group will run @ a pace around 7.5min/km and the other group slightly faster.

See you all next week, if not earlier!