When The Zoom Hits Your Screen, With A Quiz From Maxine, That's A Wednesday

12 runners ran have an amazing time in Portsmouth. 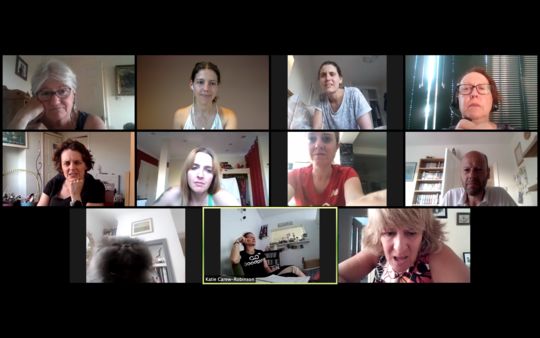 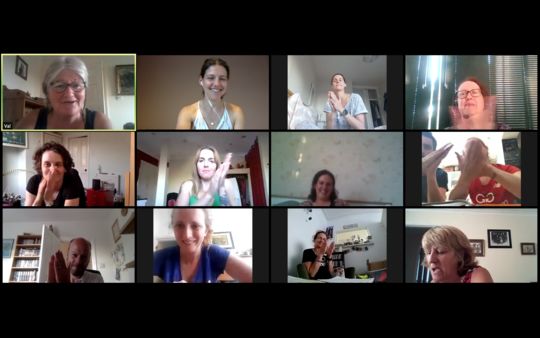 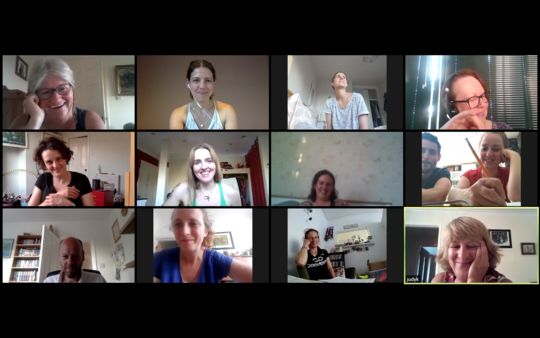 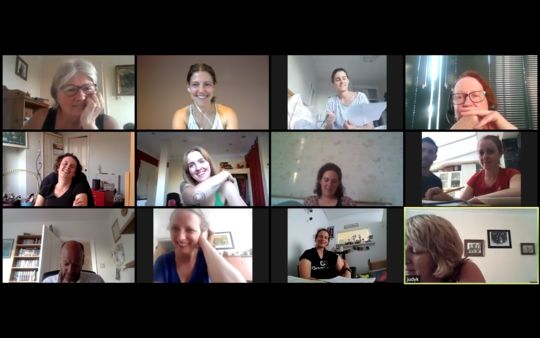 After the previous success of Quiz of the Decades we came back this week with another round! Starting in the 50s through to the 2010s, we covered general knowledge, history, movies and a lyrical question worth two points - one for the song, one for the artist!

"When the moon hits your eye like a big pizza pie..."

The first lyrics, from the 50s had everyone already singing, including the next words which happened to be the song name - giving it away to everyone, but I gathered they all already knew! The 50s also had people trying to remember when their family members had told them post-war rations ended in the UK, Judy shared how her parents had rations during their wedding!

The 60s had Katie mixing up Mary Poppins with Nanny McPhee, in the 70s we learnt John does not know the song Changes by David Bowie, and the 80s had Val shivering at the thought of the Here's Johnny scene from the Shining!

Dr Jo confessed she got in trouble in the 90s for bringing her Tamagotchi to church - one of the few times she was in trouble, and she was just trying to look after her pet! While Jo North told us about her old school Matrix mobile phone! Come the naughties we discovered Catherine has never seen Castaway, so she guessed Wilson was a soccer ball (I gave her and all the other "ball" guesses a half point for this one - people seemed to just know he was a ball)! And Tim of course knew the IBM supercomputer Deep Blue, he would have gotten a negative point if he didn't know that one!

Finally in the 2010s there was good laughter over "Which 2019 film won the Golden Raspberry Award for Worst Film of the year?" and a wrap up of the quiz (even if some contestants were still trying to sing some lyrics in their heads).

After the answers were revealed (with a lot of "ohhs" and some extra info on the history questions) everyone tallied up their scores out of 35 points (Rosie had some help from Ron in this it seems as he made an appearance)! Judy excitedly exclaimed she had 31/35! When everyone was shocked she said "They all counted for 2 points right?" No Judy, only the lyric questions! So unfortunately she realized she had "no where near that"

In the end our first place goes to Val with 24.5/35 Congratulations! Runner ups were Catherine (23.5) and Sam (22) (controversially to some who said her and John should each only get 11!) Close behind were our two Jos, Dr Jo with 21.5 and Jo North with 20 points! Mel shared what she believed to be the lowest score, 7.5 and commented she was so happy when I allowed the half point for "ball"!

Next week is Jen's Pompey Themed Quiz same time same place, let's test how much you know about our GoodGym town! And Katie will be hitting her 200th Good Deed this Sunday if anyone wants to meet up with her afterwards for a coffee & ice cream! Congratulations Katie!!

Brilliant fun and the report was fantastic and puntastic too 👏