22 runners ran 4.0km to help the LifeHouse in Portsmouth. 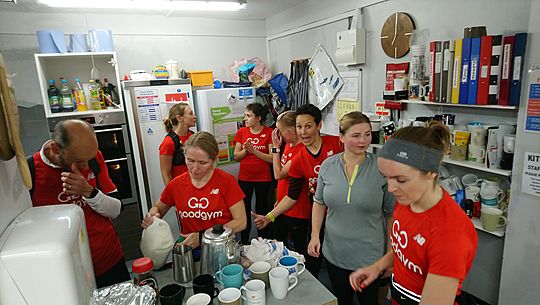 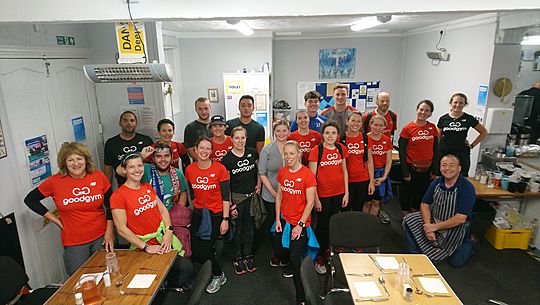 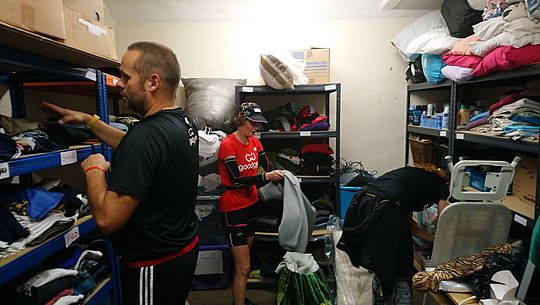 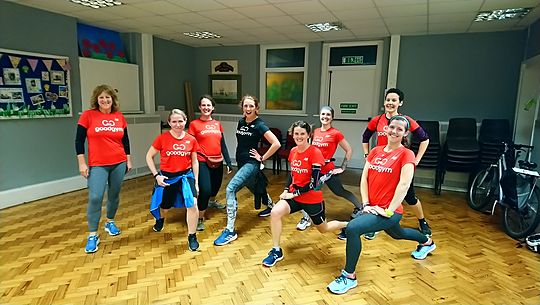 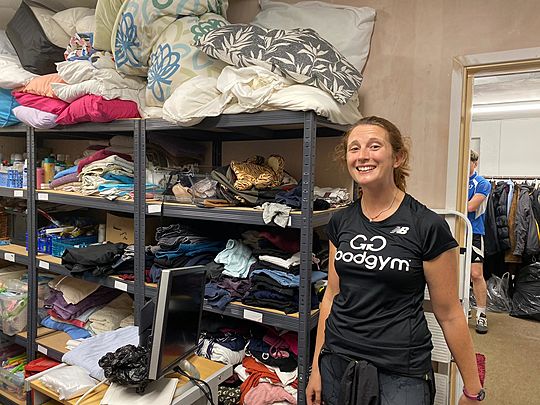 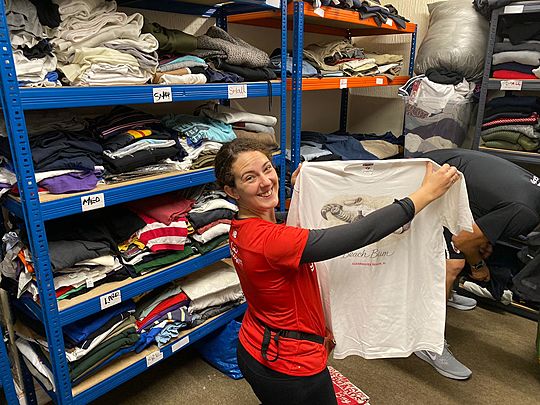 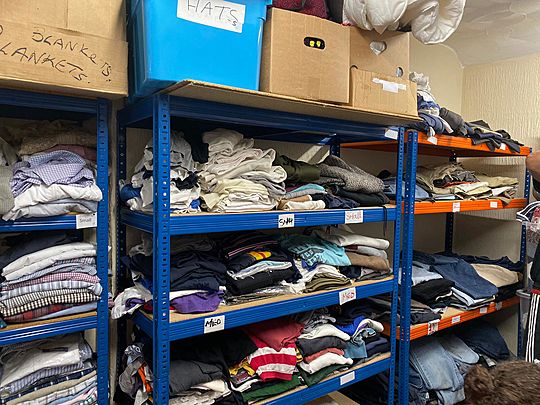 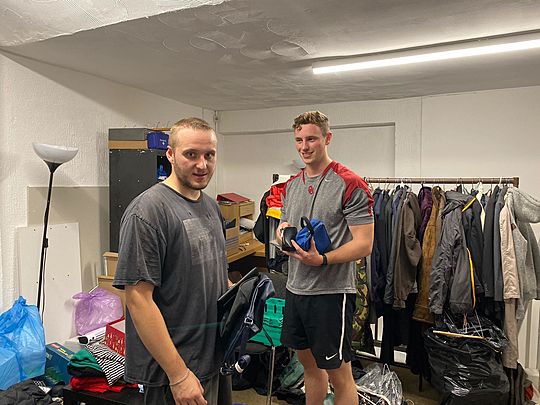 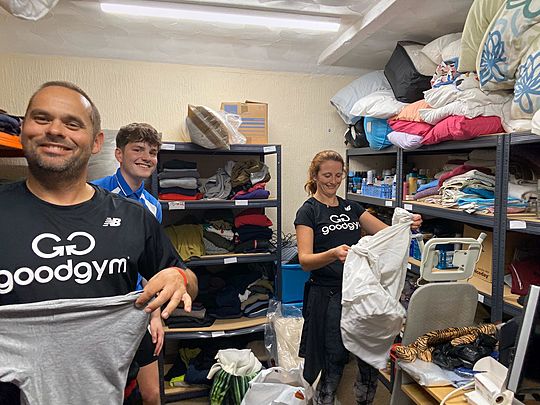 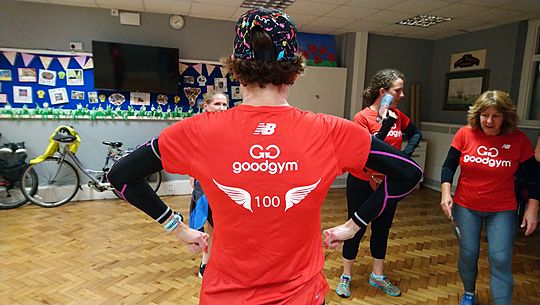 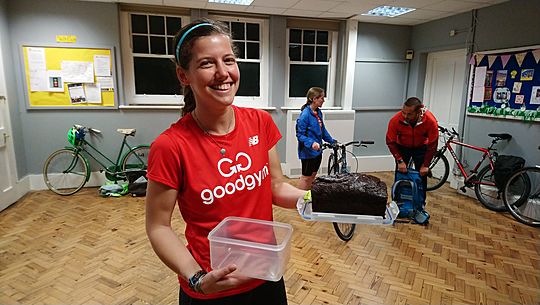 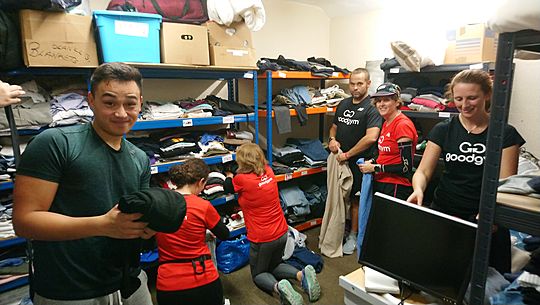 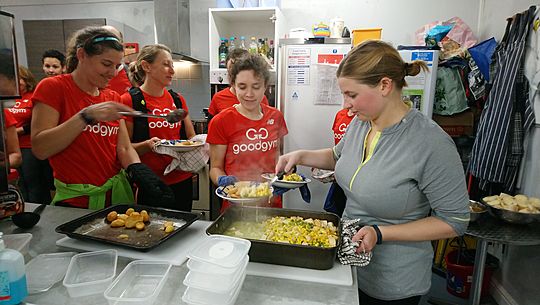 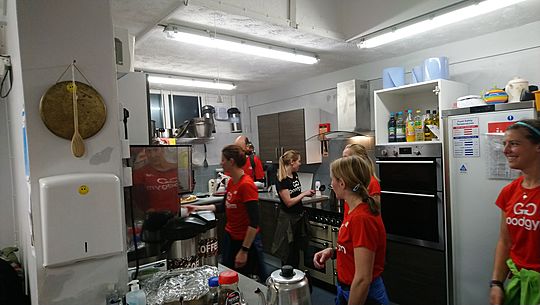 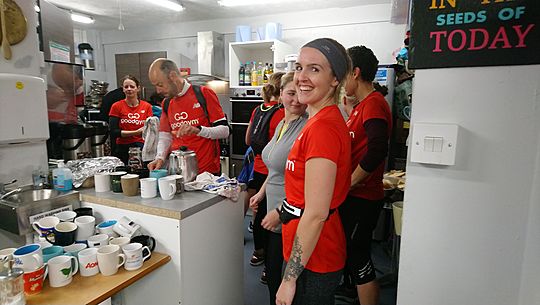 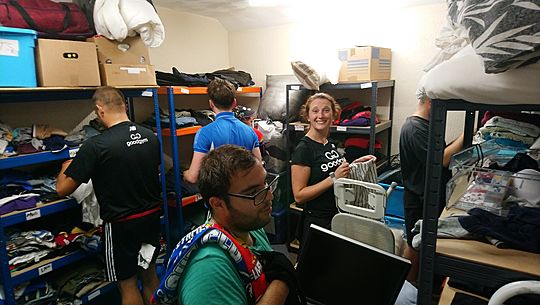 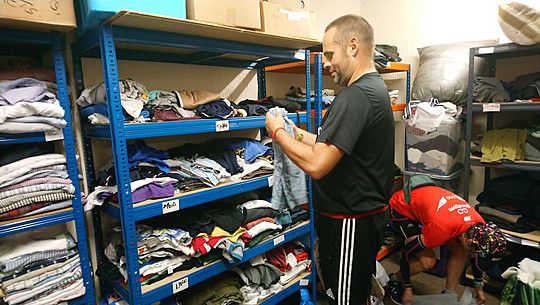 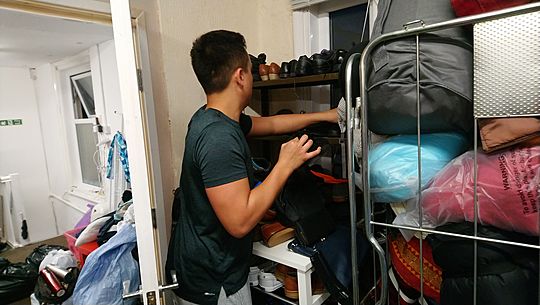 Tonight we had a record number of new attendees to a group run.... 5 lovely students from UoP kindly bringing down the average age of the group. A big welcome to Connie, Mike, Joe, Jack and Fionn. Give them a cheer on their profile.

At the other end of the spectrum, Jo was sporting her brand new winged T-shirt celebrating her 100 good deeds - looking good Jooooooh!

After the usual name check and headcount (extra confusing tonight as there were 22 of us!) we headed outside for a quick warm up with a lunge matrix and a shout out of favourite run distances - we had everything from "to the fridge" (Manuel & Catherine) to 100 miles (Tony) - who has just confessed he actually meant 100km as he recently ran a PB at that distance!

We then headed south to Albert Road and Lifehouse. There was already a small queue of people waiting to be let in for food and some lovely smells coming from inside. We were let in and put straight to work - half the group were on kitchen duty - cutting cakes, making teas and coffees and preparing to serve soup. The other half of the group went upstairs where they benefited from some cooler air with the open windows. They were tidying the clothing donations and then stacking up any new donations and tidying up the mezzanine so it can be used for counseling sessions.

Downstairs, it was getting hot and steamy! Once people started arriving for their meals it was full steam ahead - teas and coffees were made and served in a human chain with some memory challenges on who wanted what. Bread was handed out followed by bowls of soup. After soup there was a pasta, chicken & veg bake with roast spuds. We served 18 people a hot meal that they wouldn't have otherwise had. India, Pip & Jen showed great plate balancing skills and Tim, Toni & Chrissy were trying hard to keep up with the washing up. Tim was enjoying it so much he stayed on to finish up the roasting tins!

Mike (the task owner not the runner!) was very thankful that we had helped them put on an extra meal this week - usually it's just breakfast on a Wednesday. If you'd like to know more about Lifehouse then check out their website.

Lots of Southsea dwellers chose to run straight home which meant that they missed out on out star baker Maxine's epic chocolate banana bread!!

Final thanks go to Sarah for remembering that I accidentally came up with the pun for the run report title without even knowing it!

Hope to see you all again soon. You can see everything coming up by clicking here!