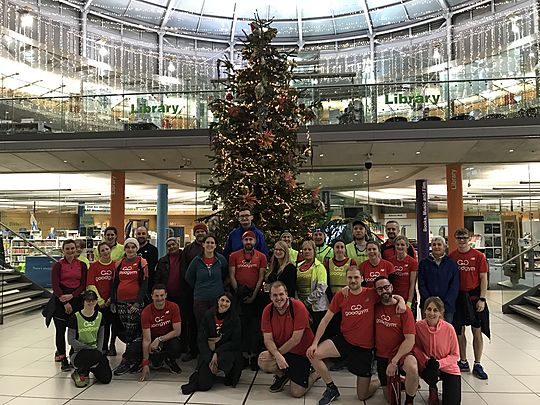 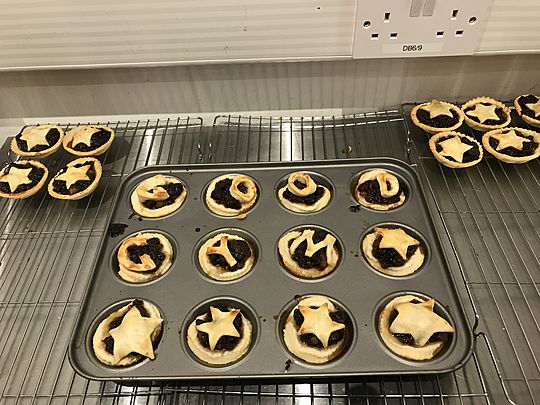 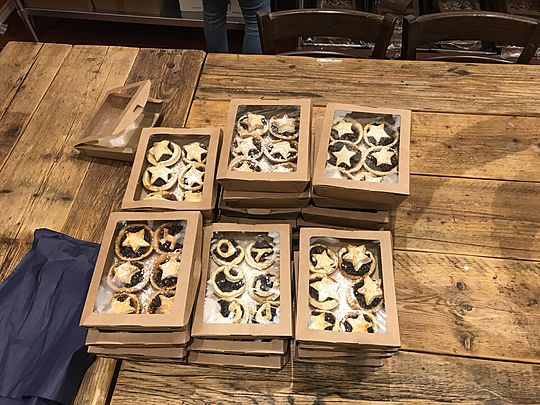 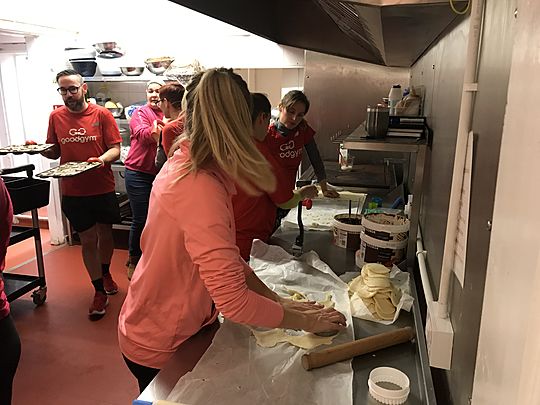 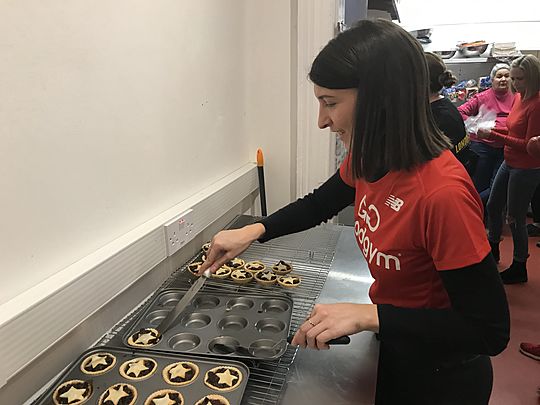 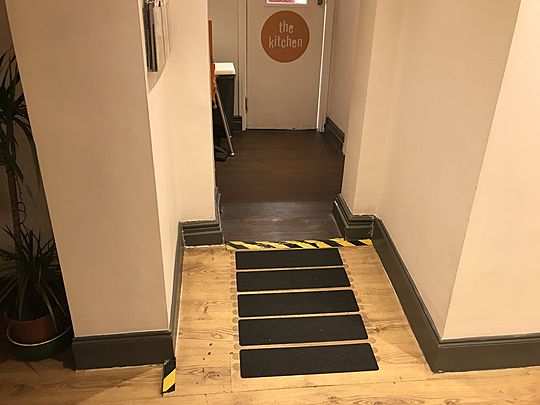 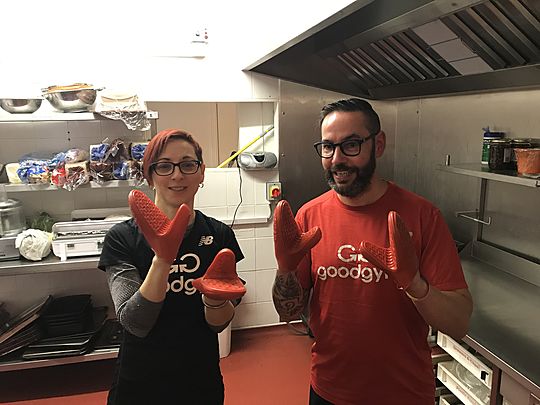 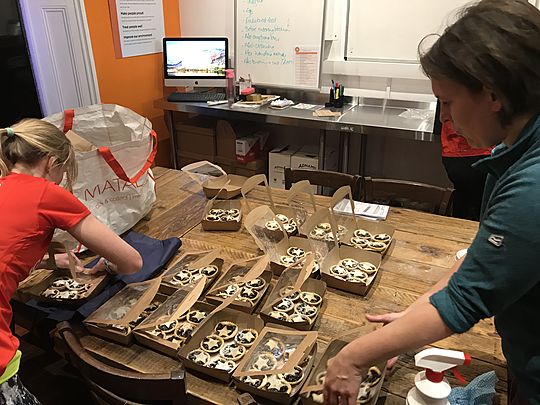 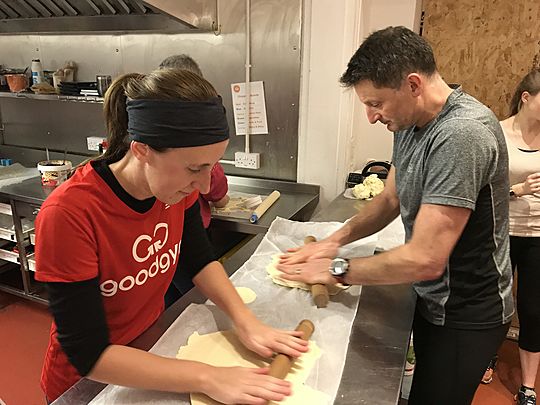 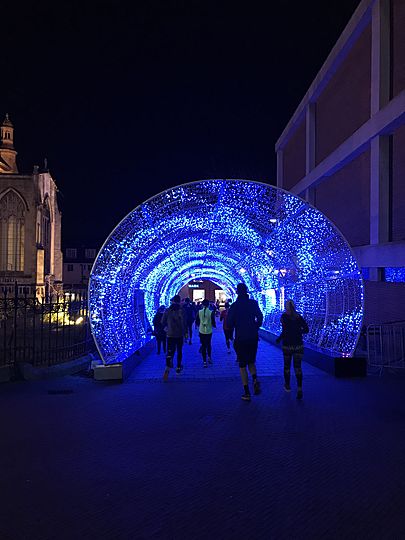 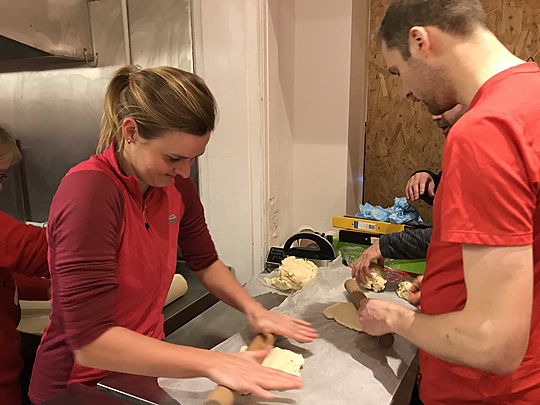 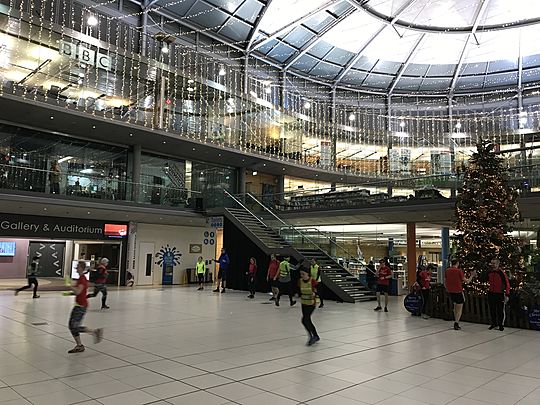 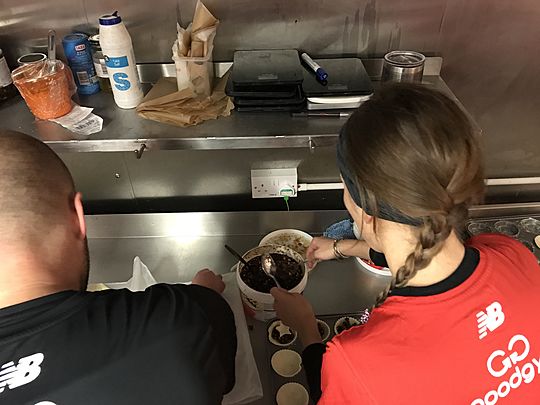 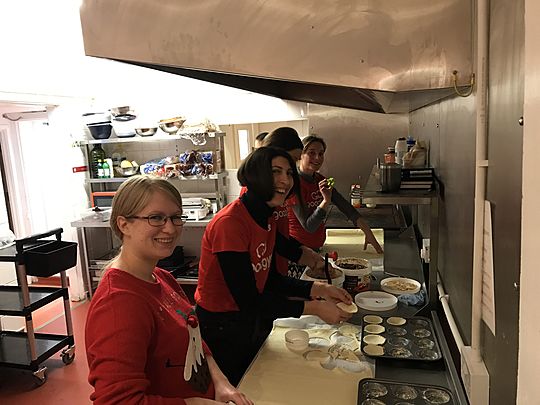 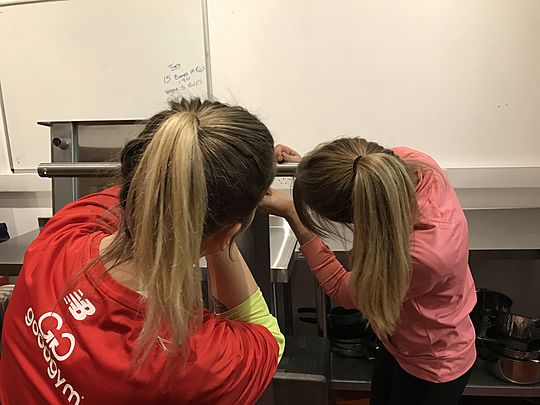 This was the penultimate Group Run of 2019.

A big welcome to Sarah who was doing her 1st GoodGym encounter.

James was visiting us from GoodGym Redbridge, we love a bit of GoodGym tourism.

Congratulations to Michelle who has completed 10 good deeds.

A special task tonight as we were supporting The Feed, who let us use their kitchen, to make mince pies that will be provided at a charity carol concert on Wednesday evening to raise money for Keeping Abreast.

The aim was for us to make at least 150 mince pies.

It was only about 1km each-way and Jasmine led a group of 5 walkers there.

We had a little production line soon set up but as there were so many of us we did another relay session so half of the group was running while the others in the kitchen. We had people greasing the trays, cutting pastry bases, filling the pies, cutting the pastry toppings and then placing them in the oven.

There was also room for a couple of people to put together another work station (Catherine enjoyed the greasy poles), put some new sticky floor grips down and give the place a little bit of a clean up.

I still believe the mince pies here are the some of the best I've ever had (not that I was eating them all... just one that broke up) and there was some creativity in making toppings spelling out G-O-O-D-G-Y-M.

We smashed the target and made about 180 mince pies.

A special thank you to Dave Tuthill who helped make this happen and his company are sponsoring the carol concert on Wednesday.

Katy is leading next week's session when you are making Xmas Crafts at The Clare School.

If I don't see you at the Xmas Meal on Wednesday, I wish you a Merry Xmas and a Happy New Year.

Steven Hitcham
I'm the Trainer for GoodGym Norwich. I love running and have led a lot of running groups in the Norfolk area, none as fun as the GG family.