We all live in a yellow sub-manure 🟨💩 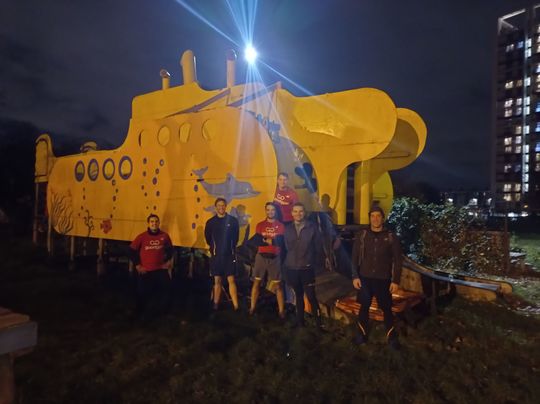 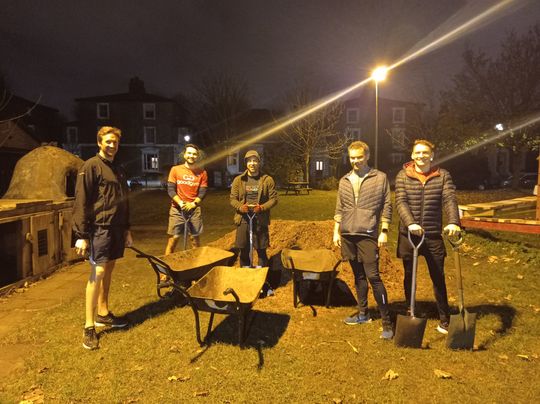 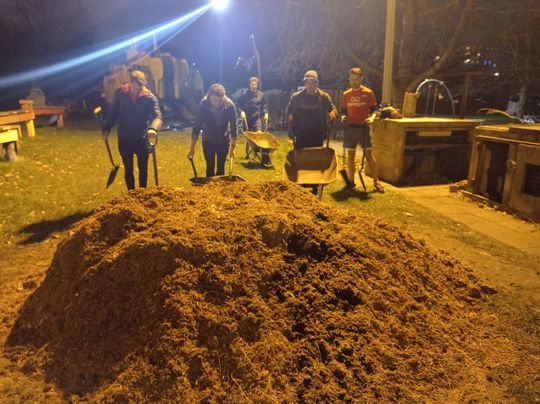 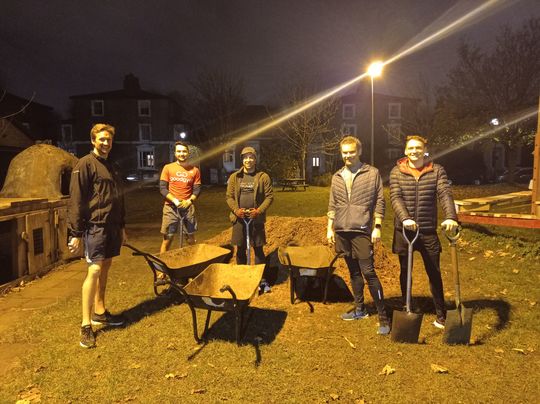 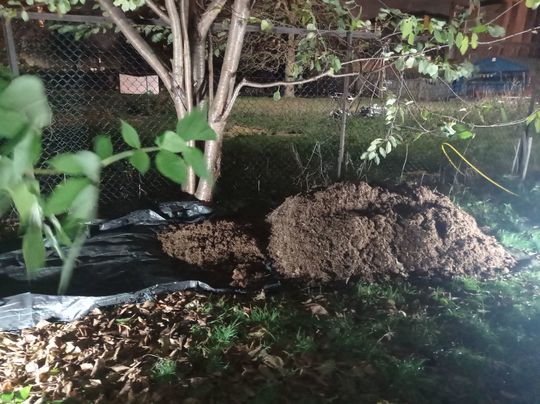 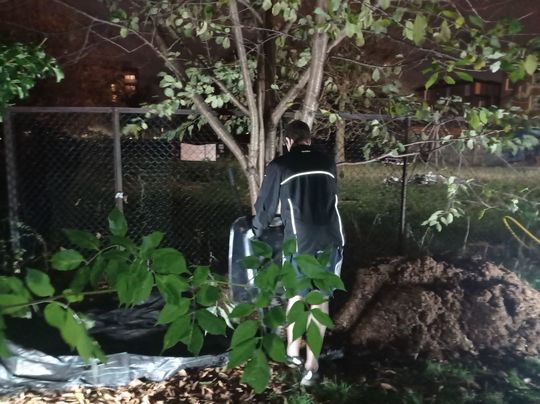 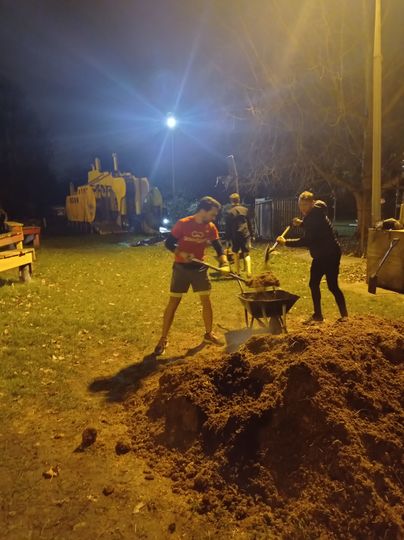 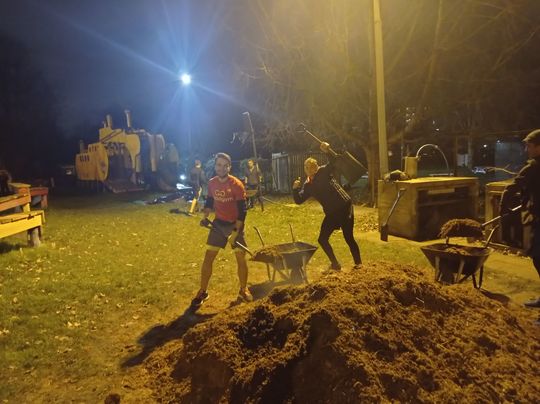 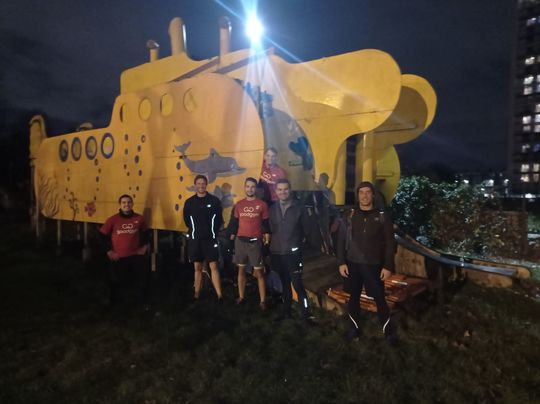 This wasn't your usual GoodGym Lambeth group run. For starters, we had it lucky tonight with a two for Tuesday's in terms of tasks. Both Slade Adventure Playground and The Remakery needed our help tonight, but more on that later. Yet, the other unusual observation was the Group Run leader tonight looked different. Firstly, Yianny had a cast on his lower right leg, but that wasn't it. Related to that fact, Sam, the Area Activator from GoodGym Southwark was here to lead! (Wait for applause and cheering). It seems like the borough border control lets anyone through on a Tuesday night.... 🙄

Yianny was there for the start of the Group Run to deliver the introductions as 12 GoodGymers (which was a great split in terms of numbers) came out in full force. After a bitterly cold week last week, it was a pleasant change to have mild winds in our favour. However, most of us didn't get the memo and wrapped up to be warmer than a Polar Bear in the Caribbean. After a quick warm up and the ice-breaker question of - Tomorrow is the 1st of December, if you were to have any type of advent calendar, what would yours consist of?

Amongst the 12 answers, we had chilli sauces, sweets (Moams), biscuits, cheeses, coffee, tea bags and save the best for last, a different song every day....songs can last more than a day,!

Since we had two tasks that were fairly close to each other and both within less than 2k away, Sam decided to ensure the run to Slade Adventure Playground would have a massive detour and end up being 2.4k each way against a straight route Aislin was going to take to The Remakery, which was 1.6k away. Everyone had to make their choice and in the end, in turned out that all of the women - Aislin, Rebecca, Shauna, Gayle and Katy (and Michael) wanted to take the shorter run to The Remarkery whilst the guys - Sam, George, Michael, Chris, Nathan and Joao took the loopy route via Clapham North station (an out and back detour) to Slade Adventure Playground at a fast pace! 🏃

Such a sh*tty job

It comes from Lansdowne Way, which is nearby - Jamie

Jamie said that to Sam when he asked about what we were dealing with tonight and thought there's no City Farm near here....where did this truck load of 💩 come from?

Great to know that it wasn't the 💩 of the residents of Lansdowne Way....yet, we had the task of moving under a tonne worth of manure from the middle of the playground nearer to the community garden and the beds. Armed with four wheelbarrows and four shovels, we all got into a rhyme and a system of filling the wheelbarrows, walking/jogging over to the destination to pour the steamy 💩.

Wheelbarrow after wheelbarrow, we saw the pile of 💩 get smaller and smaller. It was a full body workout - core and definitely, the upper body (shoulders and back).

We're running out of steam - Chris

Yes, Chris, as the steam came out of the warm 💩, we were feeling the strain on our bodies. Before we knew it, the time was approaching 20:00. Yet, after scooping the last bit of powdery 💩, Sam transported the last wheelbarrow to be dumped on the new pile we had created. There was no time for the top soil to be moved, however, Jamie said it would be a task for his volunteers (60+ age group) on Saturday. We wish them well!

I certainly would 😉 Don't know what I am talking about here, but most things in life, I would. Anyway, Aislin, Rebecca, Shauna, Gayle and Katy (and Michael) arrived at The Remakery to be given the task of moving woodchip. Another strength and conditioning task that required them to shovel woodchip into wheelbarrows and transport/spreading them onto the beds that were in The Remakery's garden. They did remind the group that on Thursday night, they need our assitance with setting up their Art Studio. You can find and sign up to the task here.

Thank You Slade Adventure Playground and The Remakery

GoodGym is all about getting fit and doing good! We praise the runners/cyclists/walkers who come to get fit and help out, but we often forget about our task owners and I would like to take this opportunity to thank Slade Adventure Playground and The Remakery for agreeing to stay later than usual and for hosting us. They will have GoodGym Lambeth back to help them!

A fantastic effort and awesome report to boot!