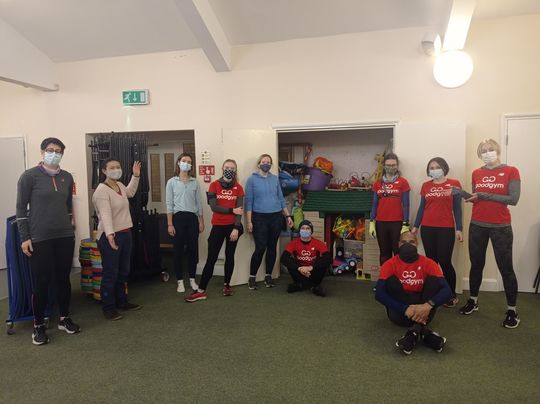 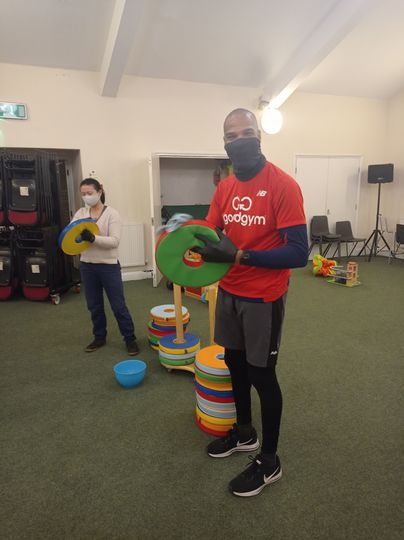 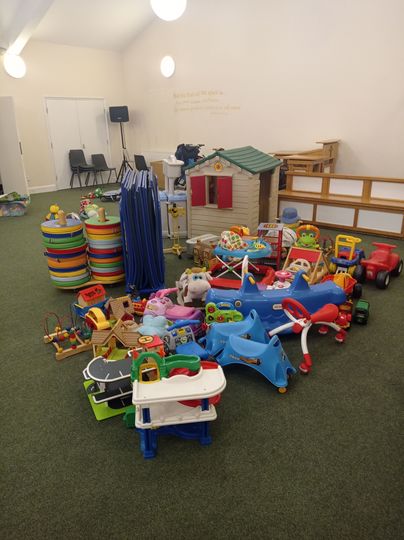 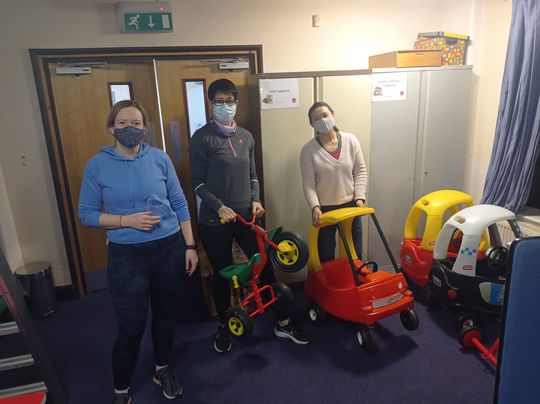 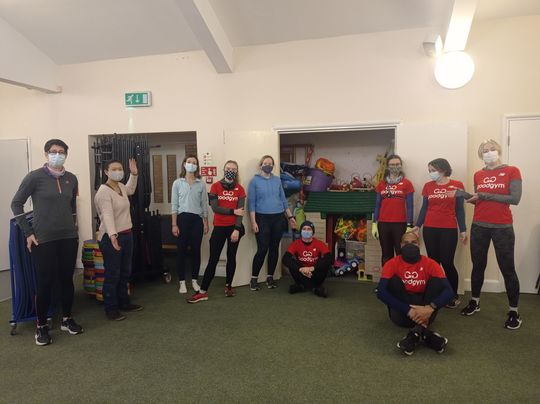 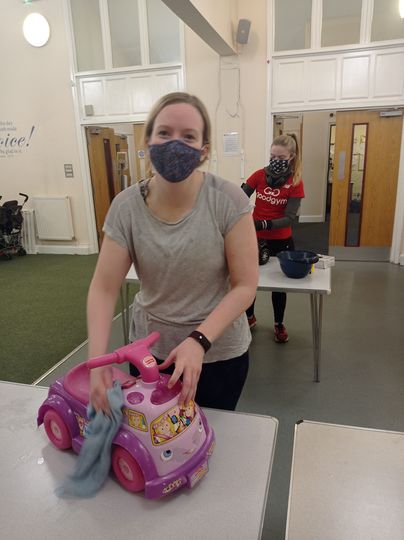 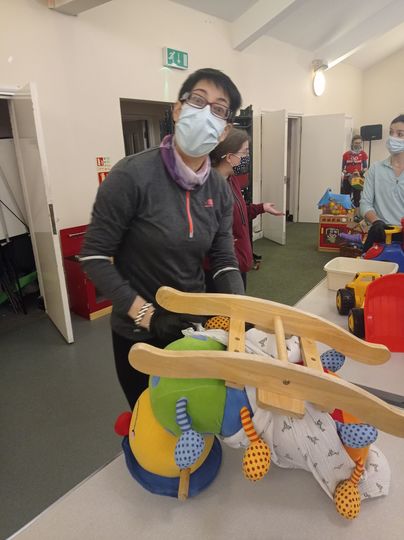 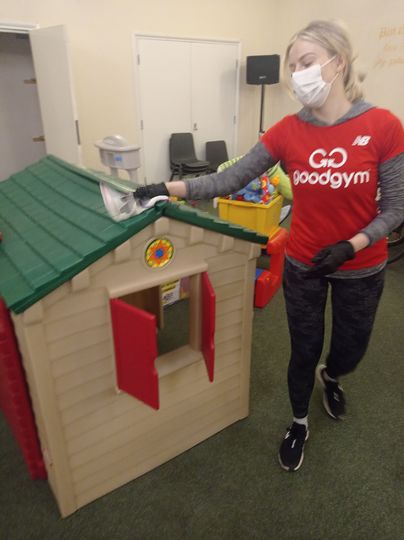 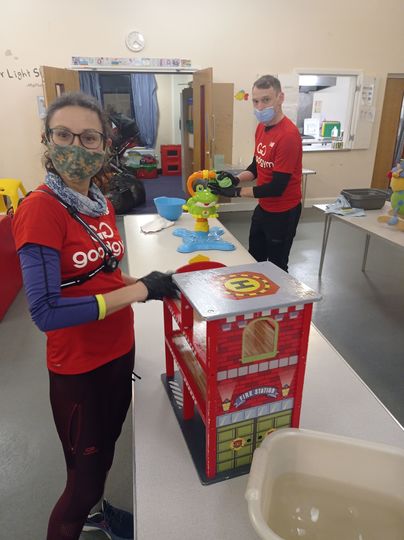 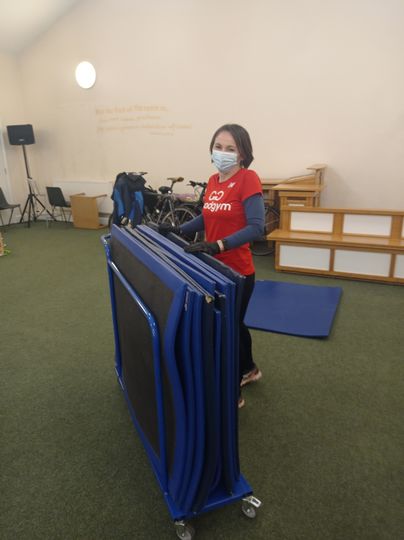 As we approach the end of the January Challenge, GoodGymers from all boroughs are making a last ditch attempt to add to their area's tally. Tonight at GoodGym Southwark's group run, we had 11 GoodGymers representing 6 boroughs - Southwark led the way with Emma, Lindy, Nelly, Paulin and Sam, Lambeth had two representatives: Gayle and Michael, Vic flew the flag for Lewisham whilst Jc proudly cycled from Greenwich with his partner, Geraldine who actually falls under Haringey and finally, staying on the north side of the river, Aine (pronounced AWN-ya) came from Tower Hamlets for her first GoodGym Southwark group run.

After Sam's intro and updates speech, which was interpreted like four times...no wonder we were five minutes late...we all warmed up by running around with a couple of jumps and bends. This was finished off with some quick blasts to get our legs warm and our heart rate elevated!

Our our ice-breaker question to keep in theme with tonight's task was: Which Disney/Pixar/Dreamworks movie did you pester your parents to watch all the time as a kid?

The popular choice was Aladdin, but we had The Jungle Book, Lion King, Homeward Bound (classic), Scooby Doo and The Prince of Egypt!

Love is in the air...for Jelly babies

After a hilly 2.7k run from Old Spike Roastery to Salvation Army Camberwell via Grove Hill, we made it to find Geraldine, Jc and Paulin who had cycled there, already starting to clean the exercise mats and kids cushions.

The runners were welcomed in by Catherine and the warmth of this indoor task as we all caught our breath and took off any excess layers. The task was simple: do a deep clean of all the toys in the cupboard with disinfectants, dry them and put them back. This was necessary task as the toys are used by 20+ kids for 3 days a week, so this would ensure the toys are kept relevatively clean on a regular basis.

Initially, Aine, Emma and Lindy were taken away to do an extra task - put away bags of old rags in the attic as they weren't collected today, but essentially these old rags are sold in order to buy nappies for the baby bank.

Everyone had a designated disinfecting station as Gayle and Sam brought out the toys from the cupboard. In turn, everyone took a toy to wipe them down with a damp cloth before placing it in an area to dry.

We've been here 20 minutes, looks like we're almost done and we still have 20 minutes here....maybe we can do a 5-10 minute HIIT session

Famous last words by Sam as suddenly everyone took their time to wipe down the last remaining toys and realising we had the bigger toys (cars and alligator) to clean. Yet, this gave more time for Sam to roam around and talk with everyone. Upon asking everyone earlier in his speech, if anyone knew of any couples who met through GoodGym (as Valentine's is coming up), he found out that Geraldine and Jc met after the Big Half last year at a GoodGym celebration party....love is in the air as they had their own Valentine's yesterday (avoiding the big day itself).

As we packed away the last toys and folded the tables, Sam was indecisive on a spot for a group photo as everyone else was fuelling up on Jelly babies 🙃 We found a spot, took a few photos and thank Catherine. We said our goodbyes to the cyclists as we ran back to Peckham along the main road with various runners shooting off along the way back to Old Spike!

Despite it not being the first Wednesday of the month, Aine, Gayle, Michael and Sam opted in for a pint at The Angel Oak as they found themselves *unofficially *competing in the last two rounds of The Big Fat Quiz (Wednesday nights from 20:00)....according to Michael, we would have smashed it!

A personal thanks from me to all those who came out tonight as the winter chills are starting to creep in! A big effort for tackling the uphill route on the way there and for cleaning all the toys!

GoodGym is all about getting fit and doing good! We praise the runners/cyclists/walkers who come to get fit and help out, but we often forget about our task owner. I would like to take this opportunity to thank Catherine for helping out those in need, especially those families who have nothing and can use a helping hand! A big thank you for staying at your office later than you normally would on a Wednesday night.

I didn’t know there was a quiz! This changes *everything*

Thanks for welcoming me in the area

Thank you all for you kind messages! I try to highlight everything that happened with a bit of sassiness....