38 runners ran 4.8km to help the Friends of St Pauls in York. 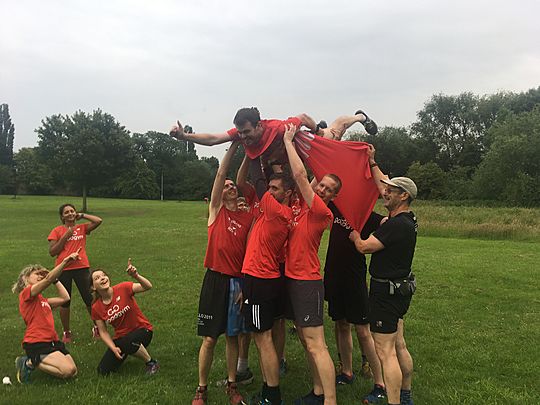 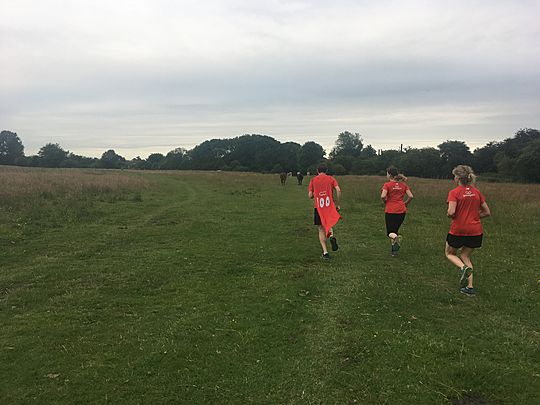 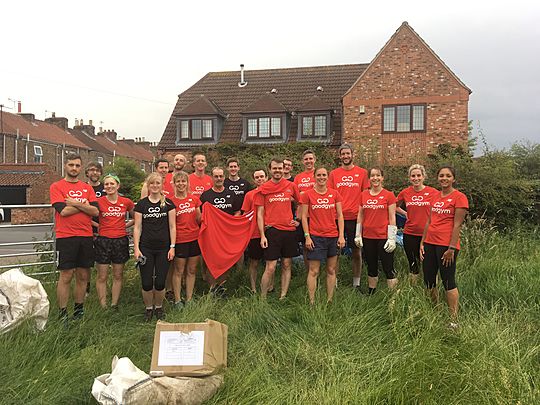 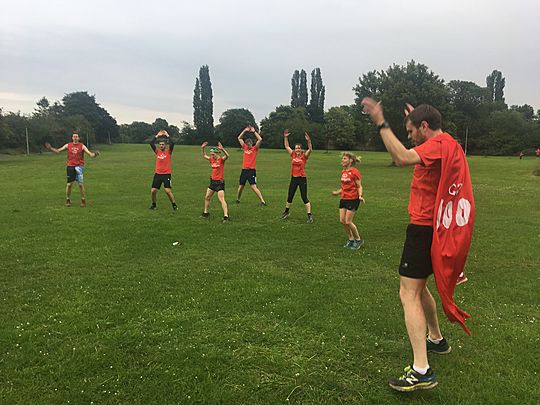 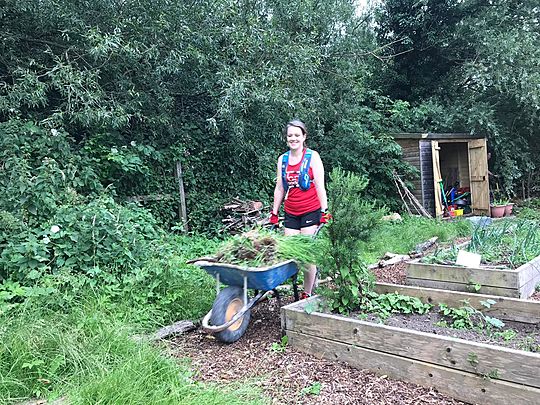 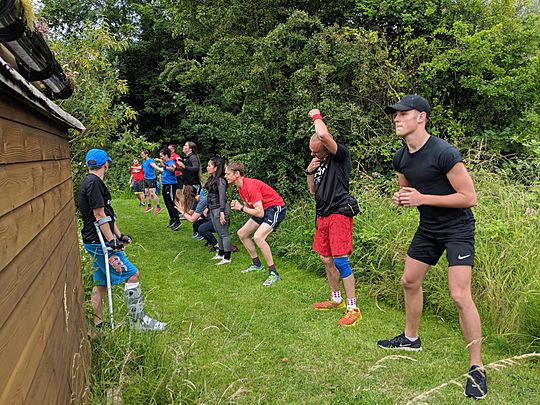 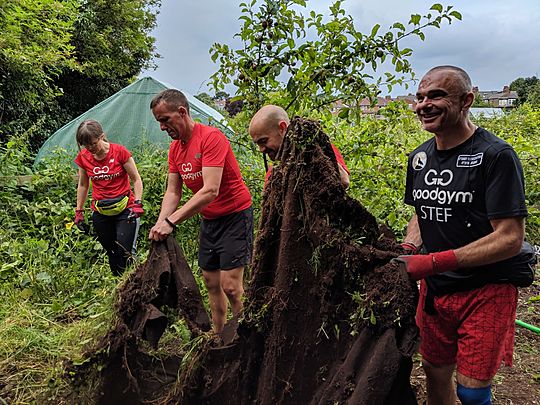 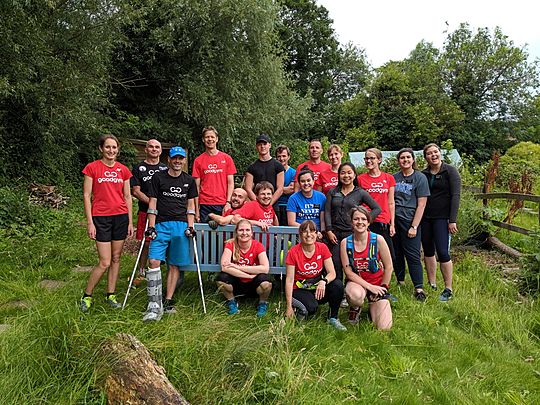 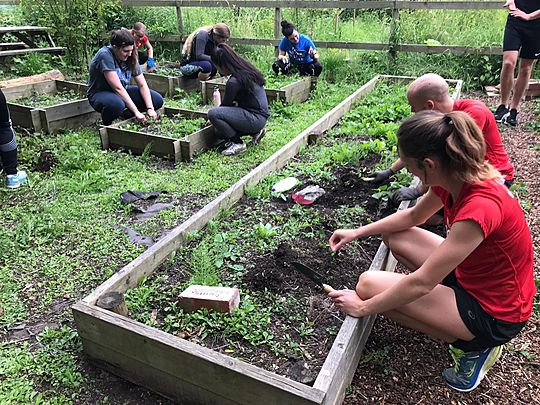 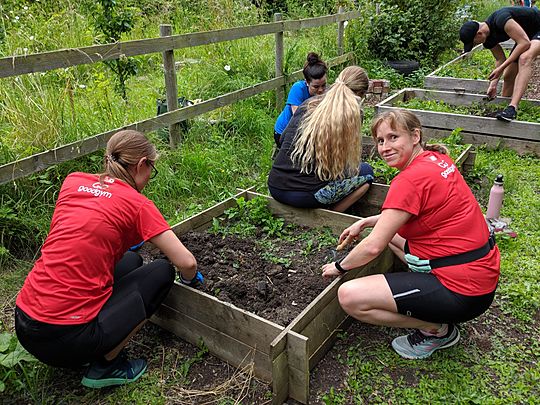 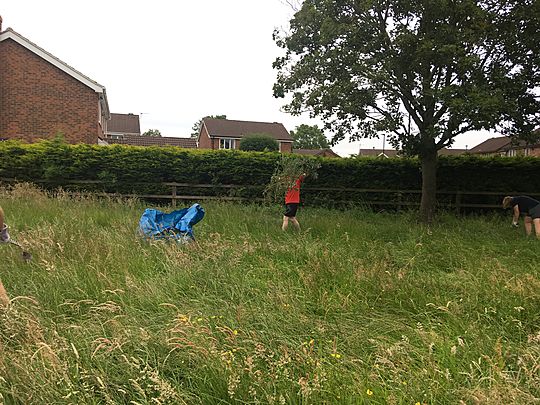 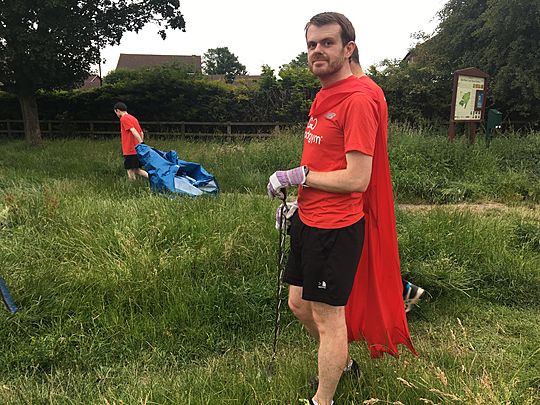 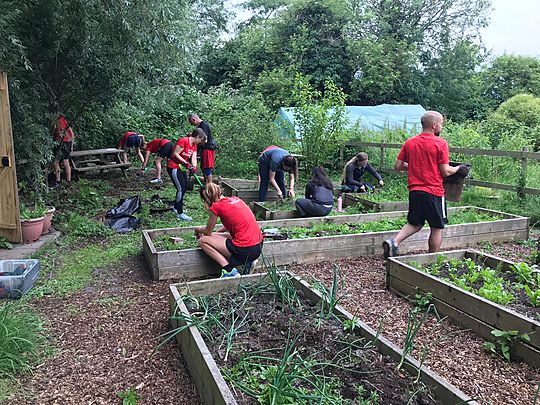 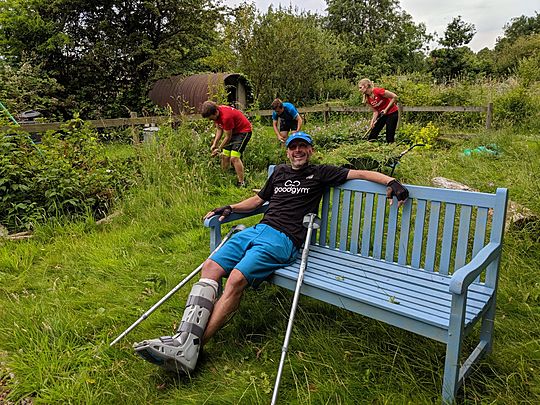 There was SO MUCH GOOD to report on this group run.. I know you all love a round number so check these ones out:

We welcomed along no less than 5 new runners and we split into two groups to tackle two tasks. It turns out there was a lot of animal-related activity at both tasks.

Leanne and Tim led a group to St Paul's allotment for a final massive weeding session. Poorly Paul turned up on his crutches and was in charge of photography. The team saw some frogs and found a truly enormous moth which attached itself to Mitch and has been (probably) identified as a Lady Moth.

The ladies do love Mitch

My team ran over to Hob Moor to extract more thistles from the cow field. On our way we saw two lovely puppies and once on the field, had several near misses - and one hit - with dog poo. Our goal was to fill two bags but since Aidan pulled up a thistle so large that it basically filled a whole bag, we finished on four bags.

The pun could be "Three Bags Full!" ..except, four

Paul Kelly in his cape led the run back across the Moor where some rogue dogs had frightened the cows so we slowed down to let the cows pass in front and avoid any trampling.

Use your cape! Be a matador!

Both teams completed a EMOTM workout (but we had a friendly dog who stopped Jeff from doing his star jumps) with several repeats of one minute on the clock to complete a series of exercises.

Then there was loads of cake, and everyone was super happy.

As the enemy of many a moth I had a look out of curiosity to see what it was and thought it looked like a poplar hawk moth... so free from my fight against the mothageddon.