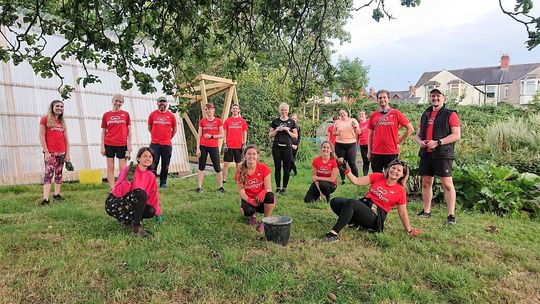 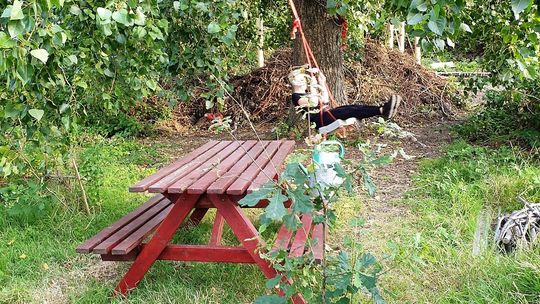 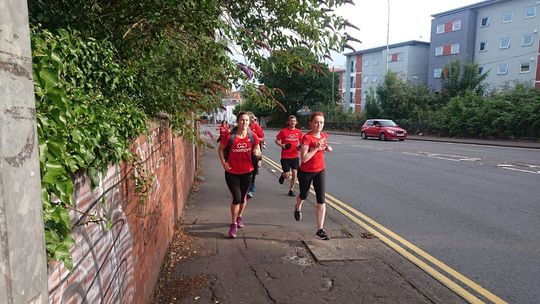 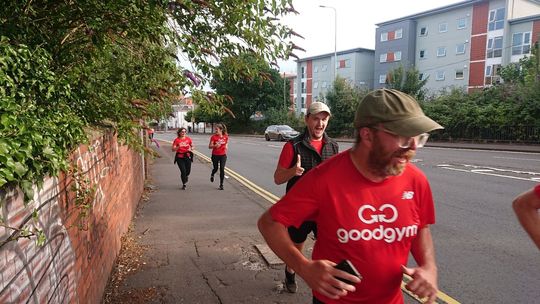 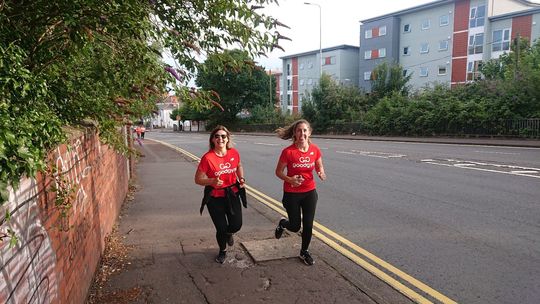 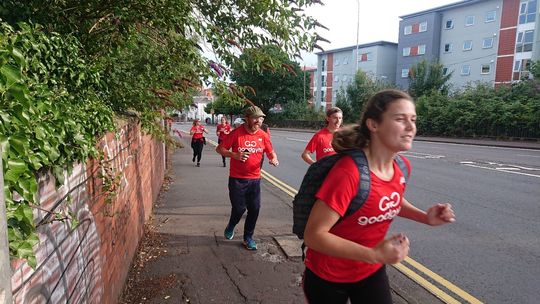 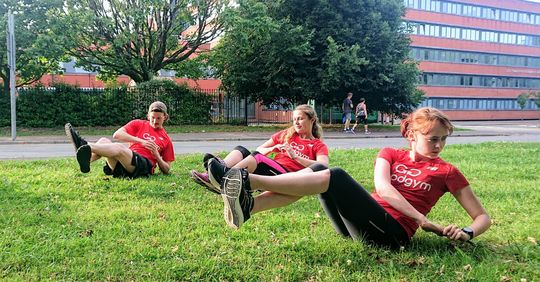 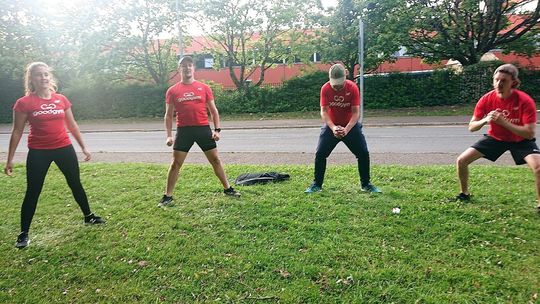 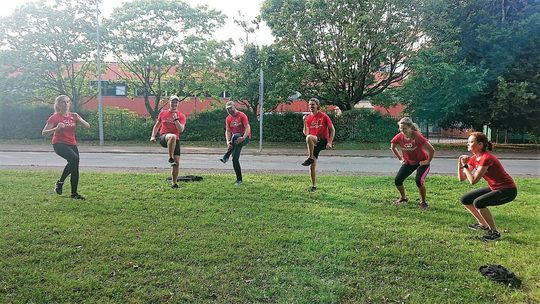 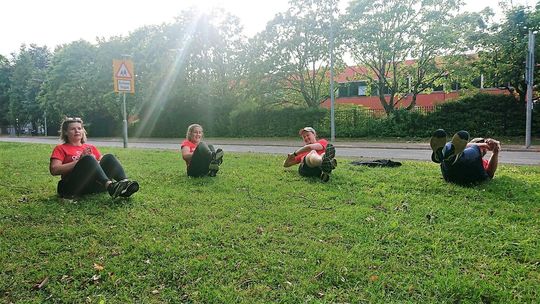 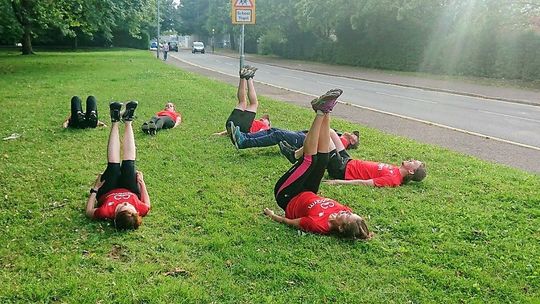 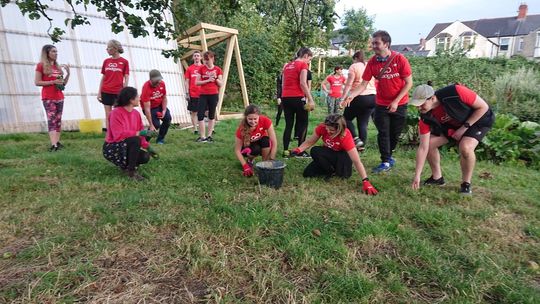 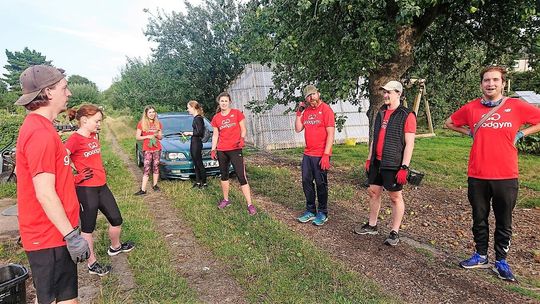 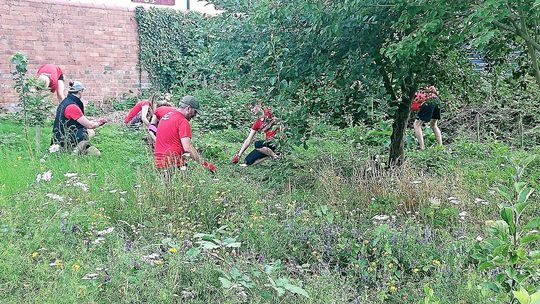 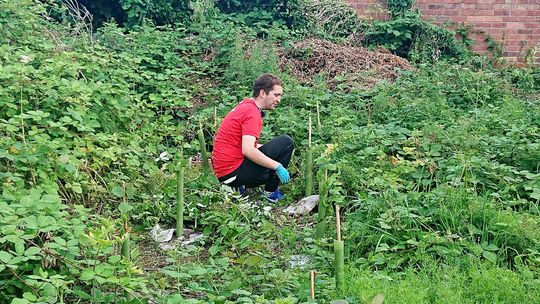 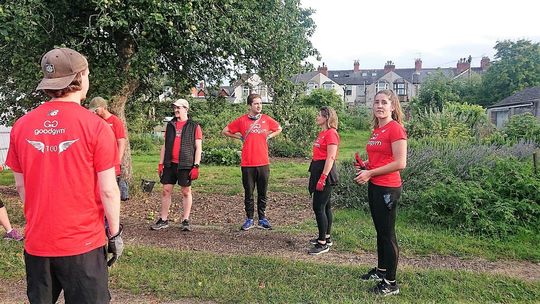 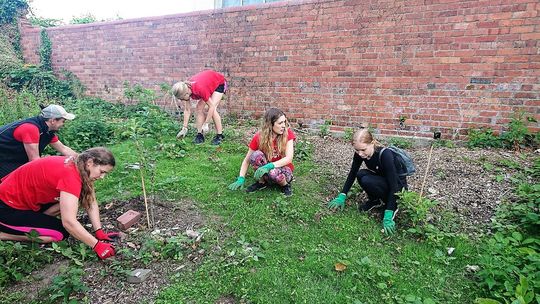 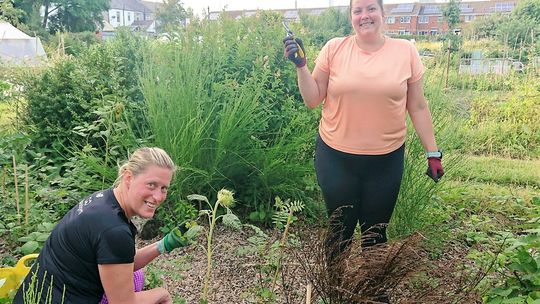 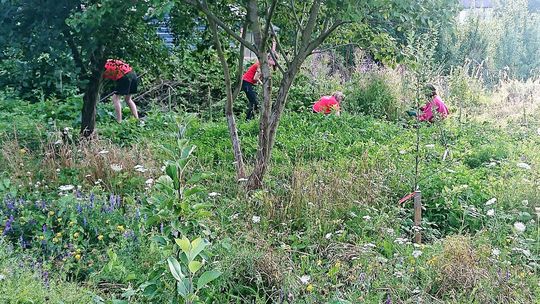 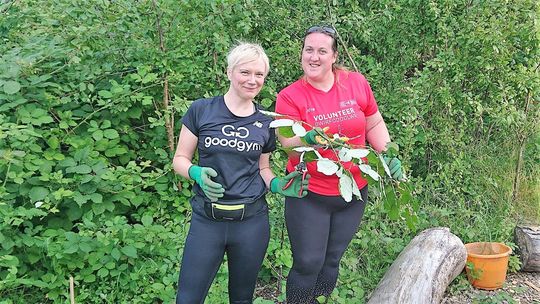 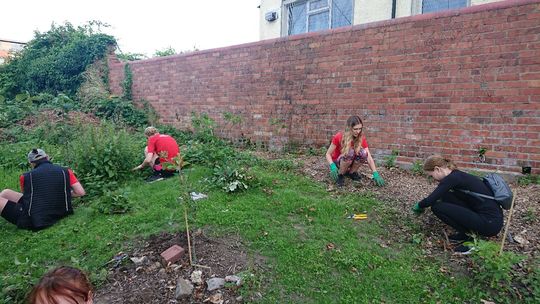 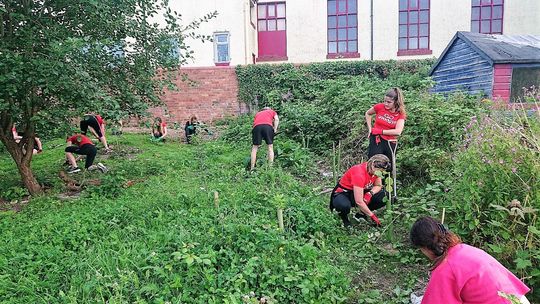 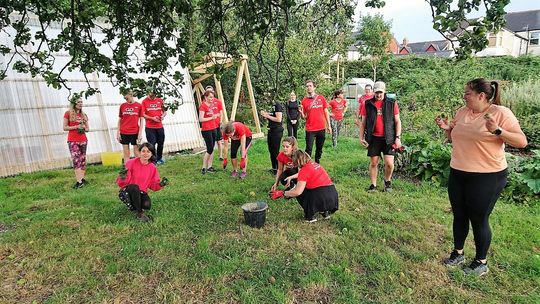 A whopping 17 goodgymers met up on our third group task since restrictions were lifted.

Today felt very much like times gone by, with an actual large group. One that had nearly doubled over night since we had checked in with the task organiser so that was a pleasant surprise for Poppy when we all arrived.

We welcomed back Abby who's last group run was just before the lockdowns set in and Lydia who we hadn't seen since October last year.

We had our usual chats as we all turned up at our newest start location, we split into two groups for the walk / joggers and the runners, and then set off. Just a mile to the task today, so it seemed only fair that we throw in a quick hiit workout on the halfway mark.

The music started (and stopped when I tried to take photos) and we began, 40 seconds on 20 seconds off, 1 minute rest between sets. The run may have been short but we more than made up for it by breaking a sweat here!

With 10 minutes to go we set off again, to join up with global gardens once more. We were welcomed by Poppy, grabbed some tools and a couple of wheelbarrows and made our way to the orchard.

What is a barrow anyhow?

The question was asked, so here is the answer......"Barrow" is a derivation of the Old English "barew" which was a device used for carrying loads. Not to be confused with barewl from Pokémon.

Whilst Poppy took the group to the Orchard, I set off to the children's play area to see the walk / joggers who had already arrived and were hard at work, pulling out the unwanted plants and tidying up the area. We had a nice chat about a new potential start location for an (hopefully) upcoming group mission, and most importantly where we could go afterwards.........

Over to the orchard, and it was brambles galore, the new young plants were sprouting all around so the task on this side was to pull them out (roots too) before they set in too much. The space was looking beautiful with a wildflower meadow in bloom and a great patch of clover helping to suppress the brambles.

Everyone got stuck in and we soon cleared quite a bit from the site, some of us even had time to have a quick go on the swing......not mentioning names - Su.

Time for our group photo, which turned into throwing fallen apples into a bucket. We at least managed one quick pose for a photo, you were a boisterous lot today. Now to head off for a nice social, and all downhill too.

See you all next week

The return to Tenovus