39 runners ran 5.0km to help the The Hut York, Clarence Gardens, and Greenfields Garden in York. 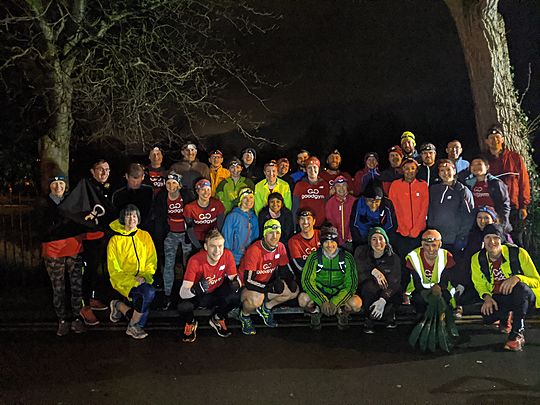 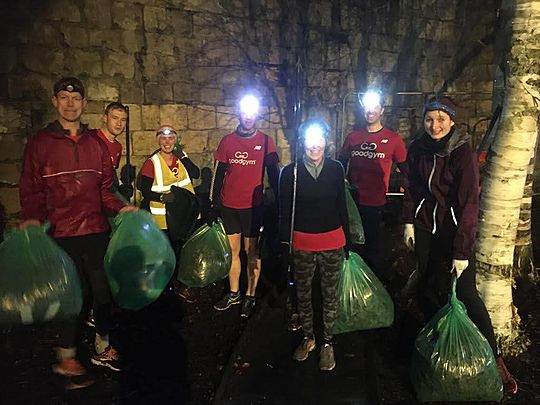 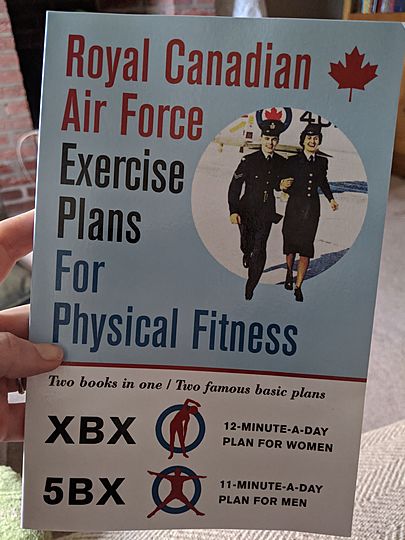 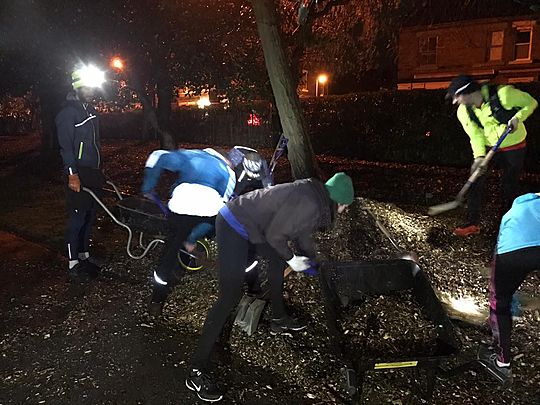 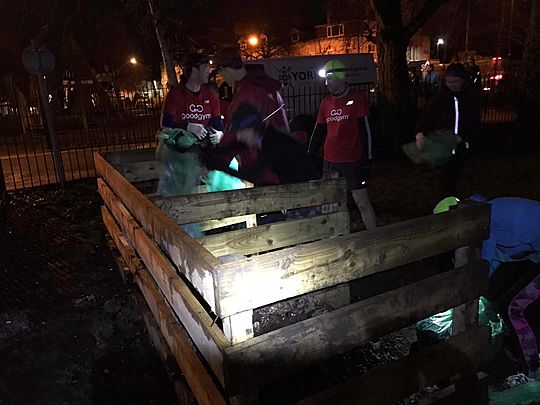 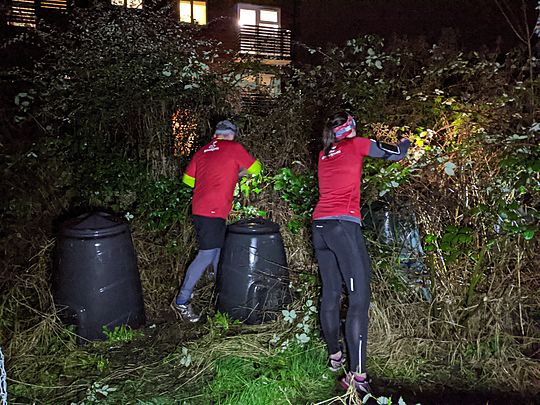 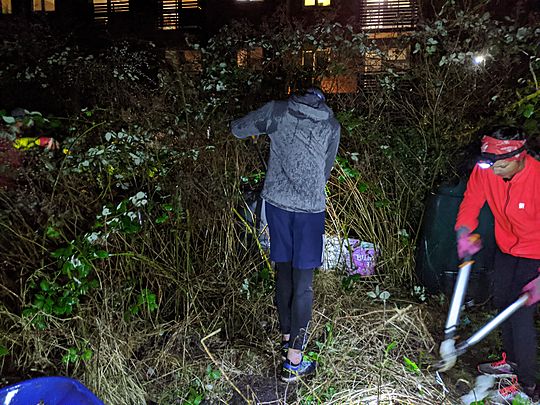 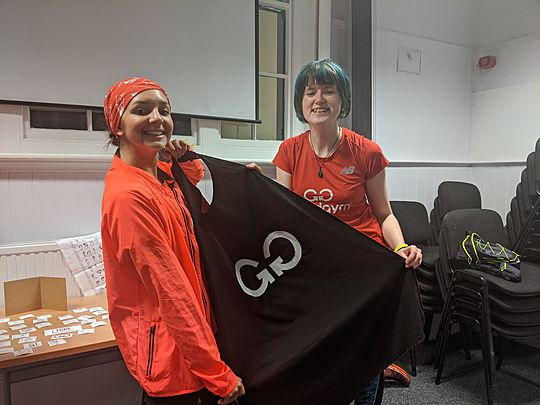 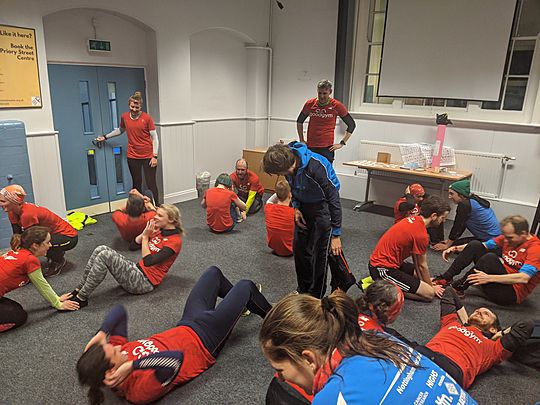 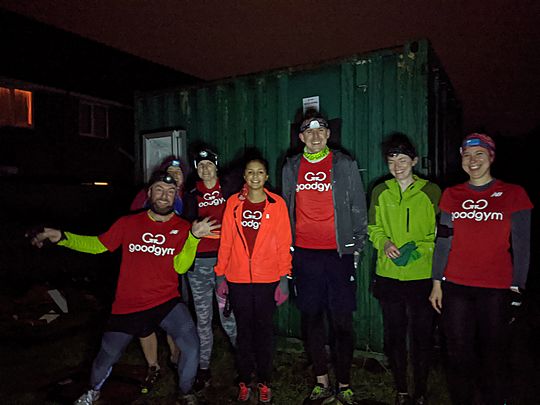 Quite frankly it was impressive that anybody showed up for tonight's run with howling gales and torrential rain, but 39 amazing people did!

We welcomed along first-timer Helen and gave some big cheers to everyone who ran the Brass Monkey yesterday, especially Debs who boshed her half marathon PB.

We also celebrated not one but TWO people who both did their 50th good deeds last week, give your best cheers to Jo and Amy, who took it in turns to wear the Cape of Good Deeds.

We kicked off with a warm up inspired by the Royal Canadian Air Force Exercise Plans for Physical Fitness, before running off into the wet and puddley city.

Nick's speedy team headed off ahead as they had an extra mission to complete, Paul headed up the bark-chip moving team at Clarence Gardens and I took a squad to the boggy Greenfields Garden.

Our task was to release a row of eight compost bins from their brambly prison.

In Clarence Gardens, Paul's team were tasked with shifting a pile of bark to top up the footpath which leads to The Hut. There was also a sub-task to clear the leaf bays of soil and grass read for Nick's team to refill them.

Nick's team grabbed bags, rakes and leaf grabbers and headed off to the Bootham Rest Garden to clear up all the leaves. The main challenge was a) running safely with a rake and b) carrying very heavy bags of wet leaves back to Clarence Gardens to put in the leaf bays.

We ran back down Gillygate (mainly involving waiting at traffic lights) and skewered no one with our rakes. Nick

'Snow Pete and the seven dwarves' then got to work raking, scooping and bagging the leaves before realising the hardest bit was the run back. They carried them all the way back down Gillygate getting a massive strength workout into the bargain.

At Clarence Gardens, the new bark path was going well, Iain was keen for it to keep being topped up until the bark was all gone.

This path is eight feet wide and about as deep!

Leanne was leading the charge on laps of the (small) park to keep warm too, excellent stuff.

The bramble team cleared the whole area in 30 minutes, with Amy keeping warm with many repetitions of bramble barrowing too.

As Nick's team arrived back having wrestled with bags and tools, Loz decided that he was the most hardcore of the dwarves having carried three bags back (double bagging doesn't count, Loz!).

After running back we got ourselves super warm again with some of those Canadian Air Force exercises, doing sit ups, press ups and fast steps/squat jumps for time.

Amazing effort all round and high fives to every single one of you who braved the weather!

Egg's Last Ever Group Run as the Boss