Making good youth of our time 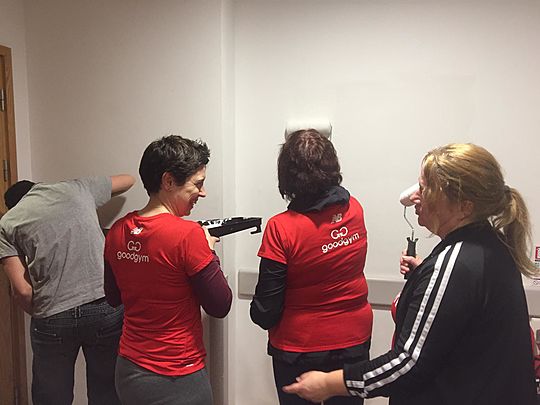 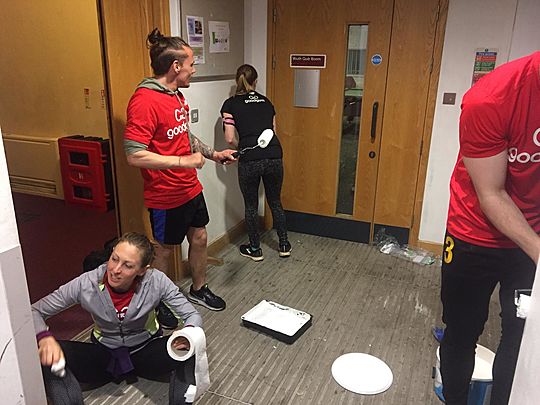 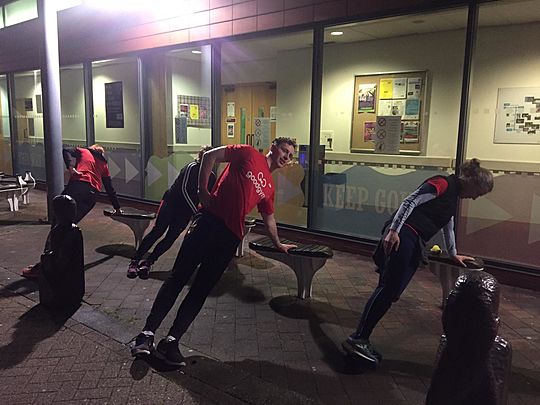 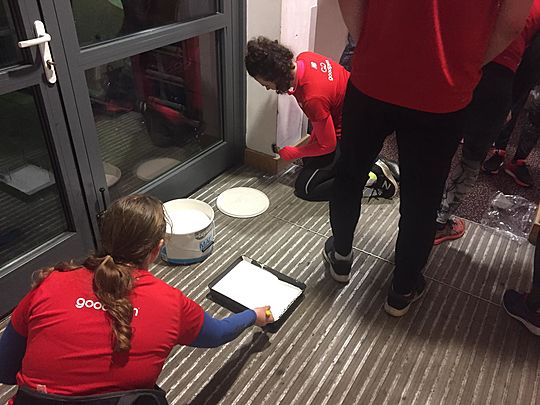 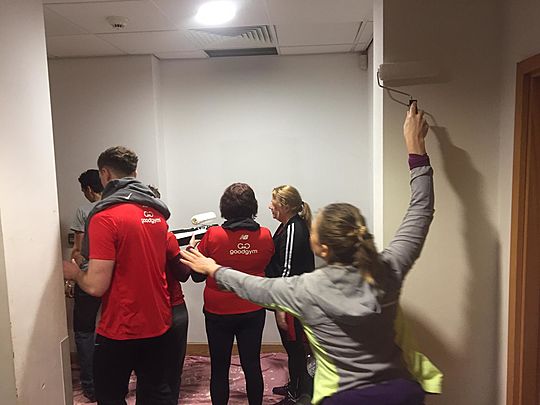 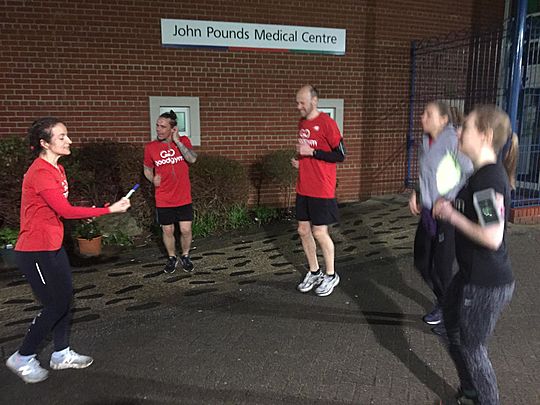 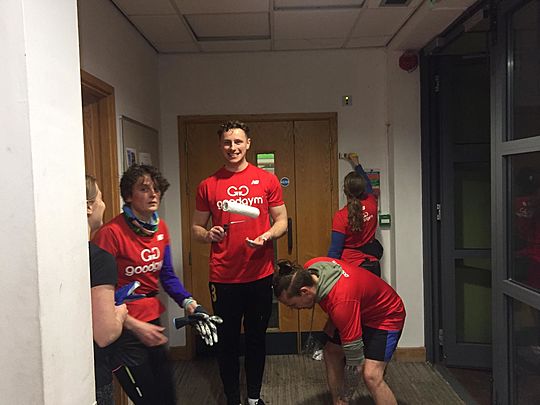 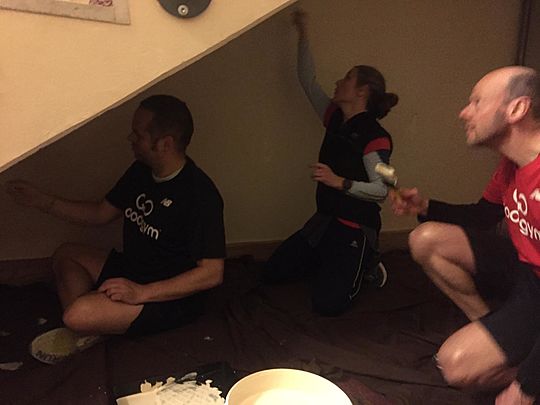 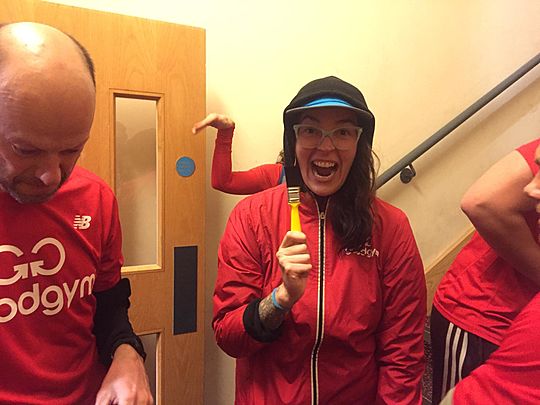 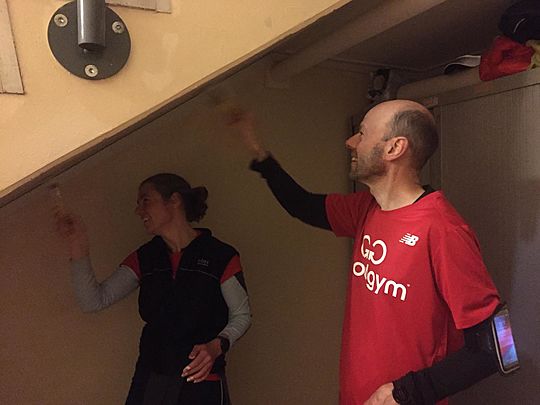 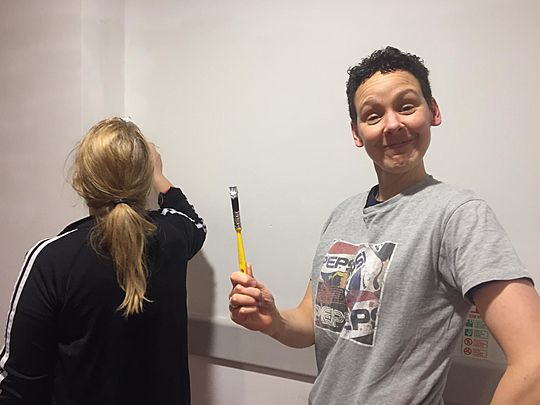 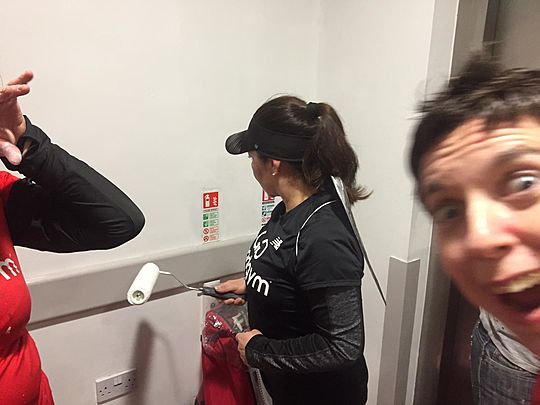 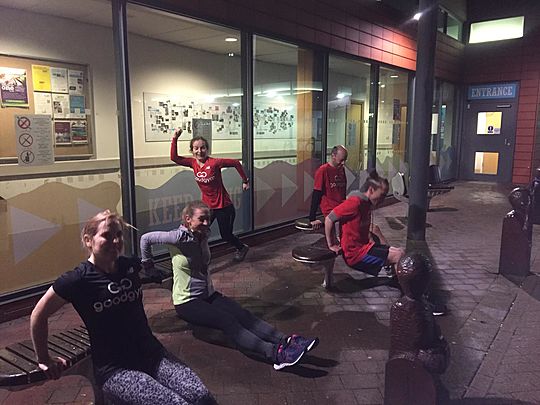 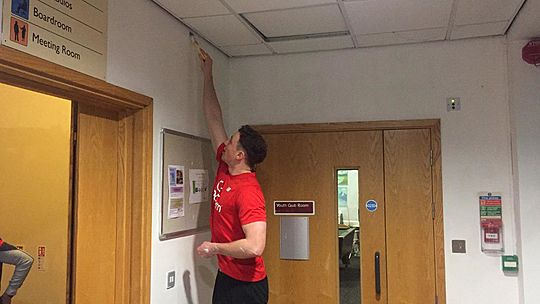 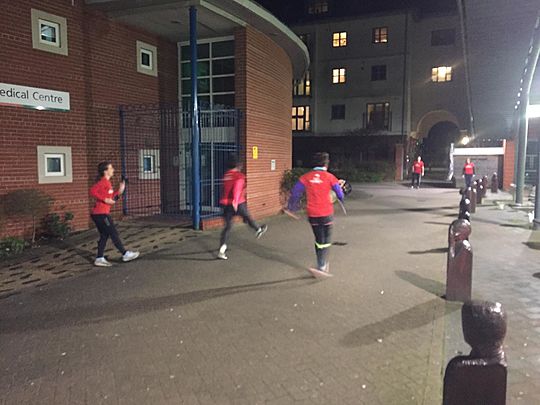 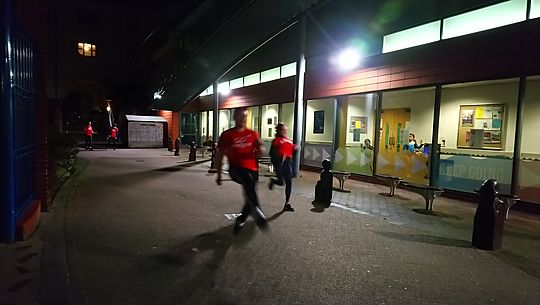 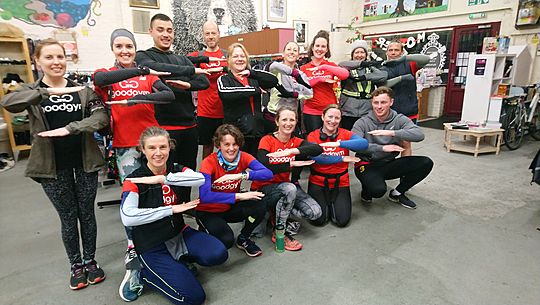 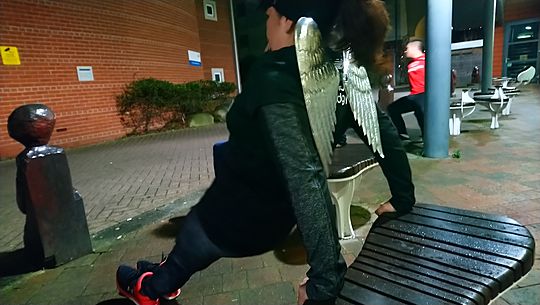 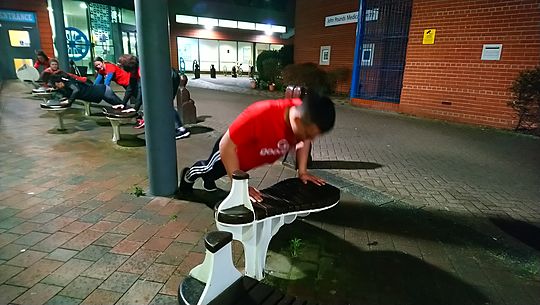 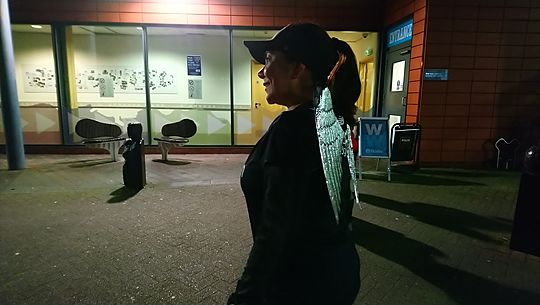 Firstly a warm welcome to T who joined us for his first GoodGym experience - give him a cheer. Congrats to Louisa on her 50th good deed tonight (the celebratory cap will be worn at the next group run) and to Maura who did her 100th good deed at the weekend and so got to wear the wings tonight.

Well done also to Kat who took 2.5 minutes off her parkrun PB at the weekend - she's on fire!

We had a few changes to the task this week so I was very grateful that John Pounds Centre found us something useful to do - painting round the entrance to the youth club. There were lots of us in a small space and also with members of the youth club coming in and out so there was an extra challenge of trying not to lean on freshly painted walls to keep out of the way of each other.

To help with the lack of space, I took 3 small group fitness sessions of running drills and body weight exercises. Each group had an additional exercise added by the previous group. Group 3 enjoyed the "oh my" skips suggested by the other Katie! After each group had finished we rotated with some of the other painters. I was almost not allowed to get Michael out for the fitness session as his height advantage was being well used to paint the top of the walls! Tony was not using his height at all as he was sat under the stairs giving that wall a coat of magnolia (for anyone lying under the stairs to appreciate). Tim got top marks for his washing up at the end, and all the paint trays definitely got their 20 seconds of washing and then some.

Catherine was in photographer mode and has sent me LOADS of photos, including some for my blackmail collection... the less said about that collection the better though!

Thanks to everyone tonight for your energy and enthusiasm in both the painting and the fitness session. There are lots of projects going on at John Pounds Centre so hopefully we will be back there in slightly less drizzly weather later in the year.