33 runners ran 1.7km to help the The Friends of Scarcroft School in York. 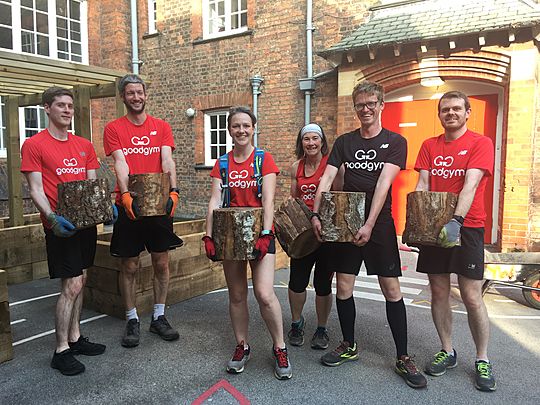 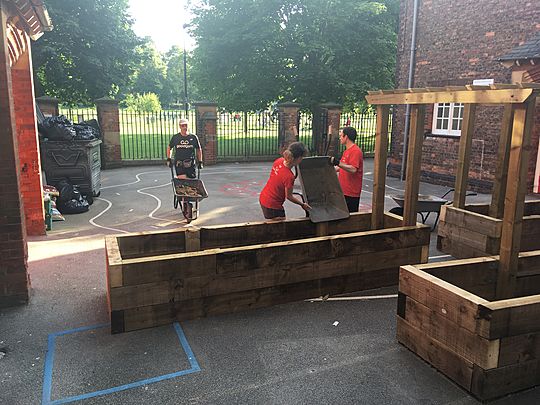 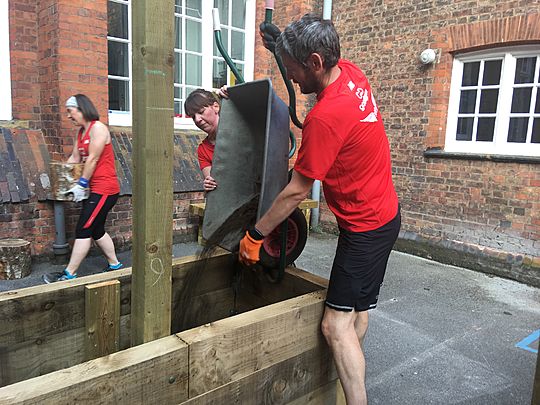 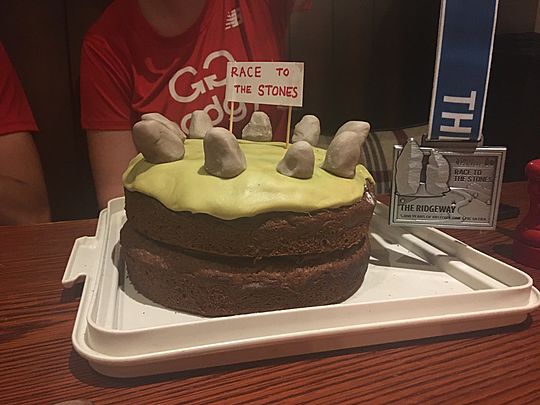 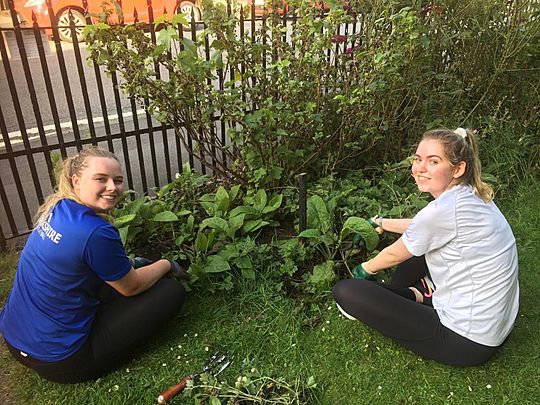 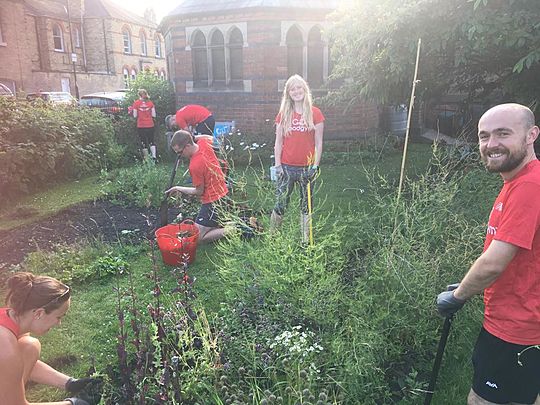 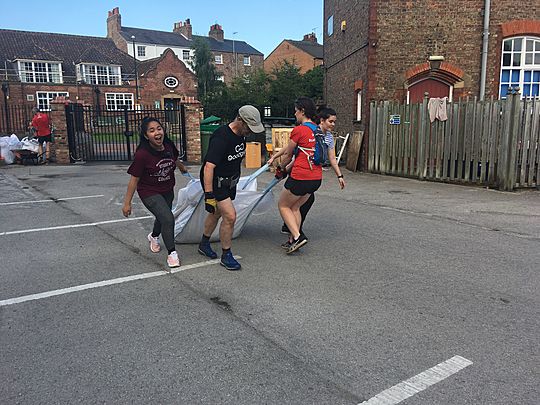 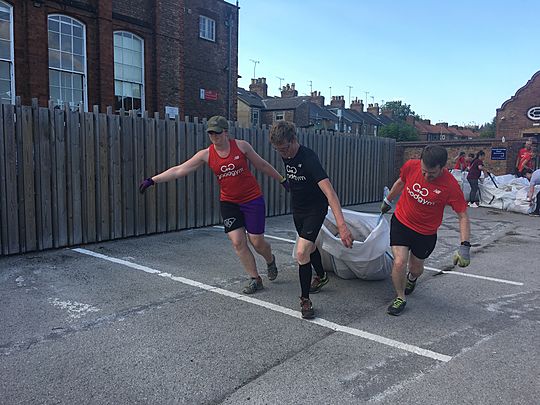 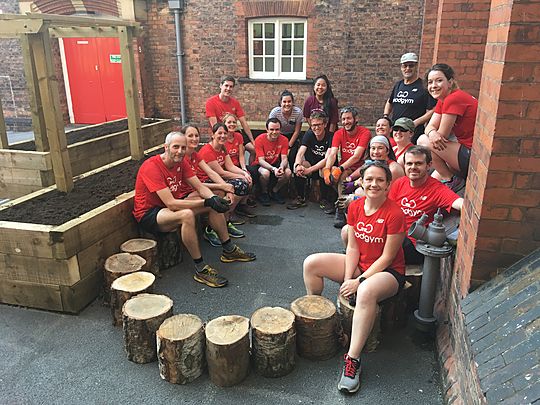 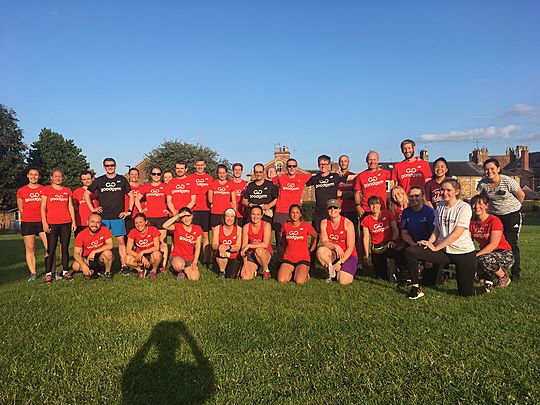 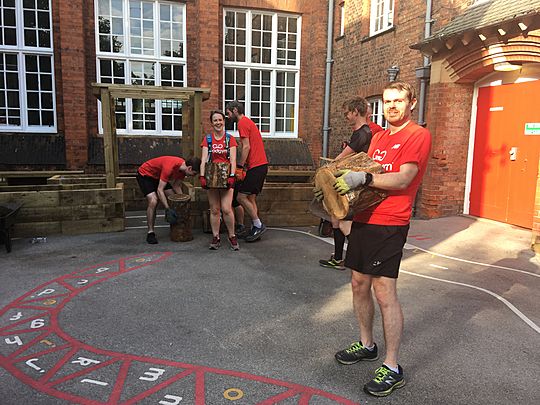 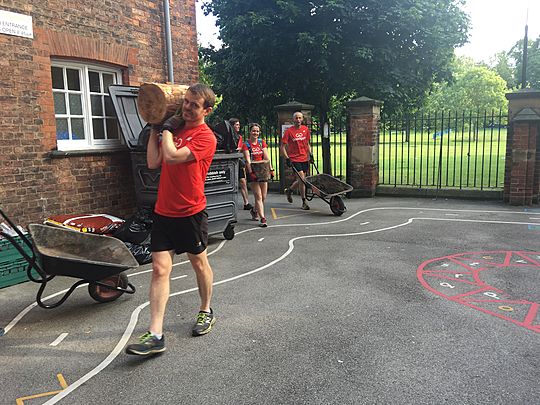 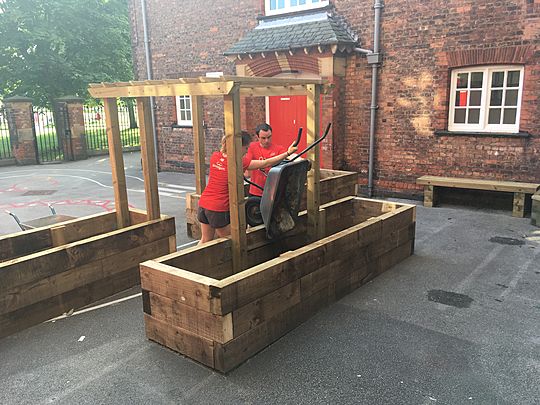 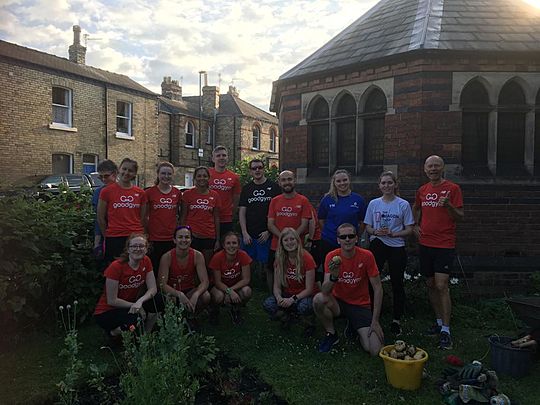 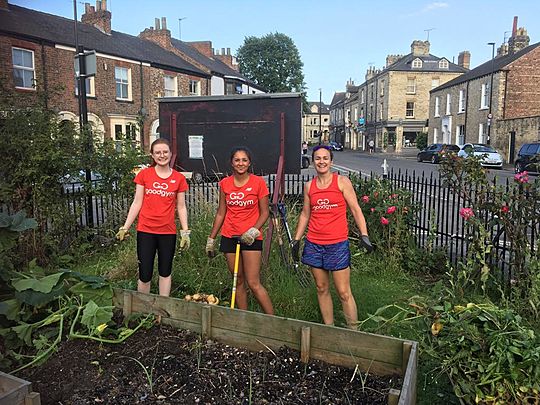 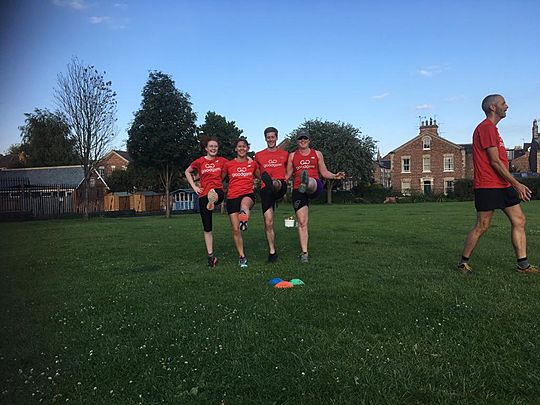 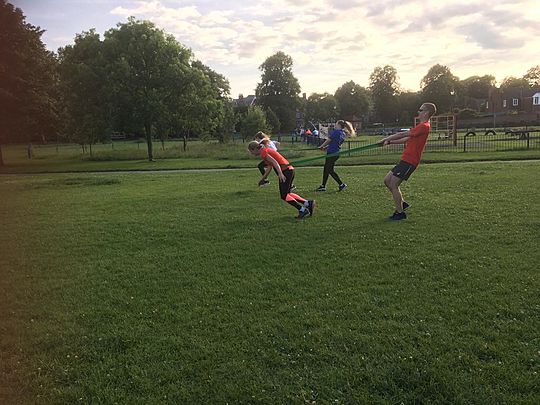 GG Yorkies walked and ran not a very long way at all to do two extremely local tasks!

'Fresh' from running the Race to the Stones 100k at the weekend, Mitch, Leanne, Tristan and Becky all made it and showed us their bling, they also all very sensibly joined the walking crew.

We had two tasks tonight, one was over at The Nose which is a community garden based at St Clement's Church. Nick led his running crew all of about 850m with Ellie and Laura as joint walking leaders.

The task was to weed and edge the beds and borders, pick any fruit and veg and deadhead the roses. Freya and first-time runner Immy were busy digging up loads of potatoes from the raised bed. Amy was tasked with clearing the weeds surrounding the raised beds, but mostly was digging up hundreds and thousands of woodlouse! The team quickly cleared all the weeds and tidied the edges of the flowerbed, creating lovely straight lines as far as the eye could see. As with any task involving fruit picking, there was also a lot of fruit eating with raspberries, gooseberries and blackcurrants on offer, mostly sampled by Ellie and Becky.

The blackcurrants are smokey? Ed

After deciding the blackcurrants seemed to be gently infused with the aroma of diesel, the 'Nose Team' headed round the corner to Scarcroft Green, Freya and Immy swinging the massive bucket of potato loot between them (kudos to Immy for carrying a huge bucket of potatoes all the way back on her first ever group run!)

My team, with Leanne as the walk leader and Debs as back marker, almost missed the school completely with everyone very enthusiastically running onto Scarcroft Green. Our task owner was our very own Tom FitzP. Tom had originally told me there would be around 4 tonnes of soil to shift, then a few days ago it was 6 tonnes and moving some logs... today there were lots of logs to move and create a log seating area with and around 8 tonnes of soil to barrow across and fill three giant raised beds.

The massive sacks didn't worry anyone and everyone got stuck in shovelling soil into wheelbarrows. It took all of about ten minutes to move the logs into a very specific shape.

We filled the large raised beds with 5 minutes to spare and even had time for a quick bonus litter pick on Scarcroft Green before the other team joined us for fitness.

It's like Cones of Joy, but in teams and with optional running!

We need to come up with a better name for tonight's fitness game but basically teams of four tackled ten stations with a whole bunch of exercises to choose from, and in transition between each station you could choose to be a sleeping lion or to go for a sprint to an inanimate object on the Green.

Being a sleeping lion is a trick, getting up is so hard - Leanne

Pretty much everyone's favourite exercises was resistance running with bands, apart from probably Ed who was subjected to a serious band slap by Nick - so loud that everyone heard it above the music.

On our return, Huw surprised the 100km runners with an amazing commemorative cake with little stones on it and everything.

Next week Mitch is the boss, have fun!