It wood be mulch appreciated if you came to help!

9 GoodGymers made their way 4.5km to help the Thorland Gardens in Lambeth. 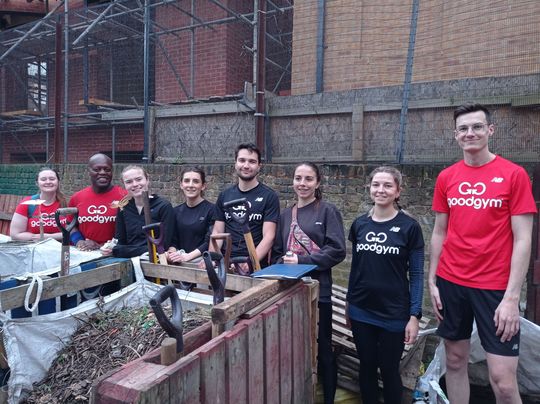 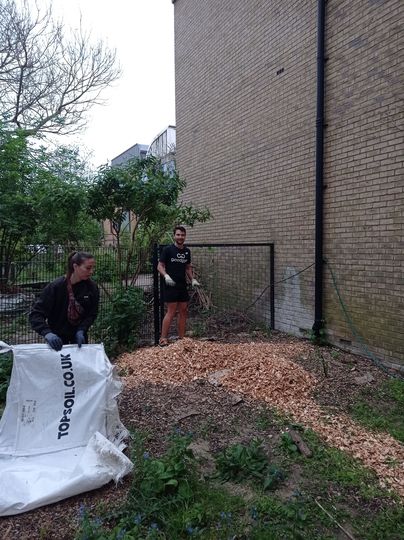 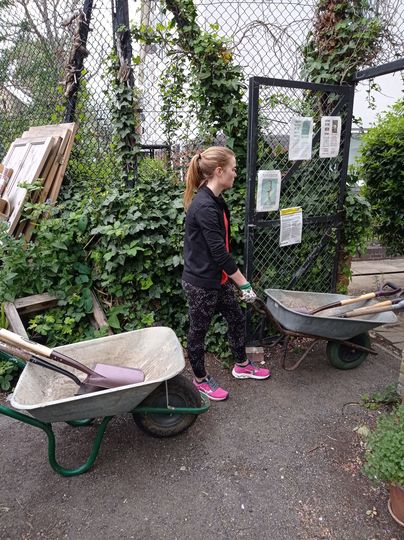 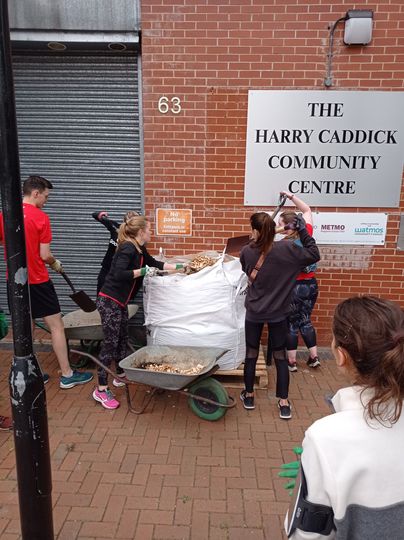 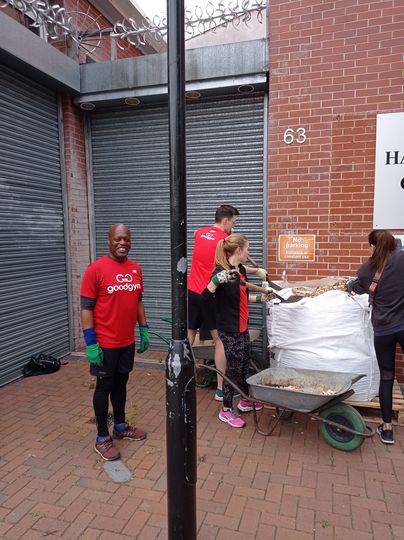 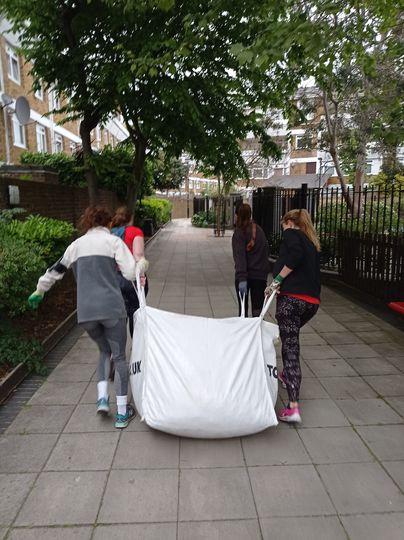 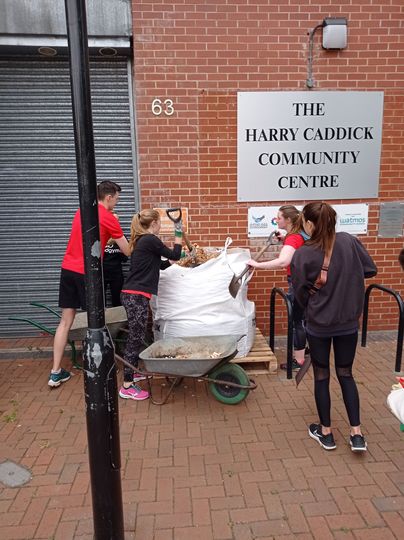 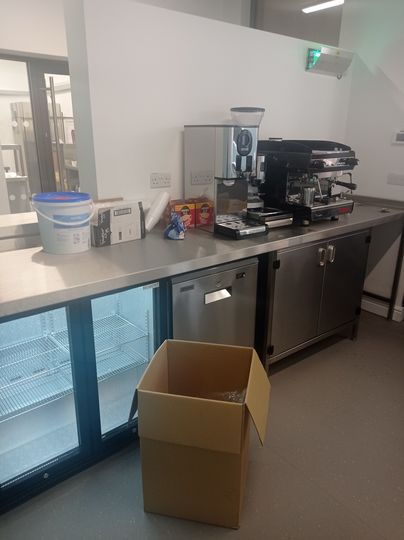 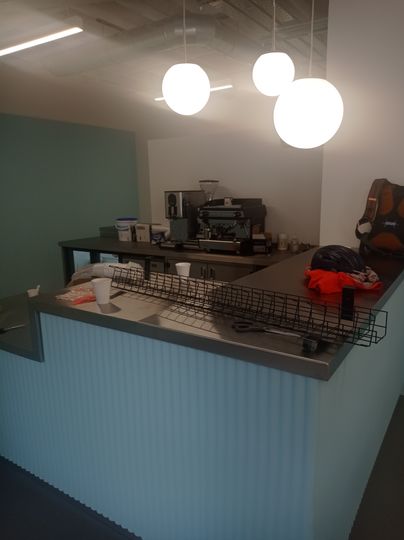 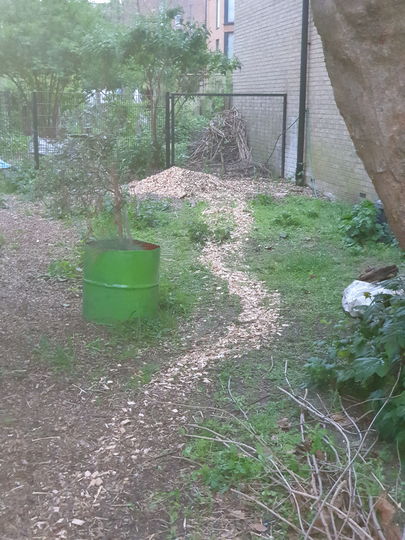 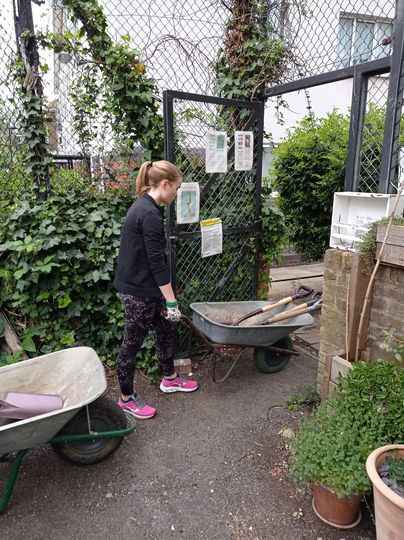 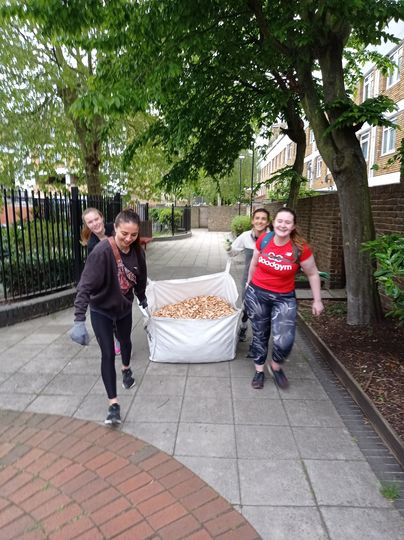 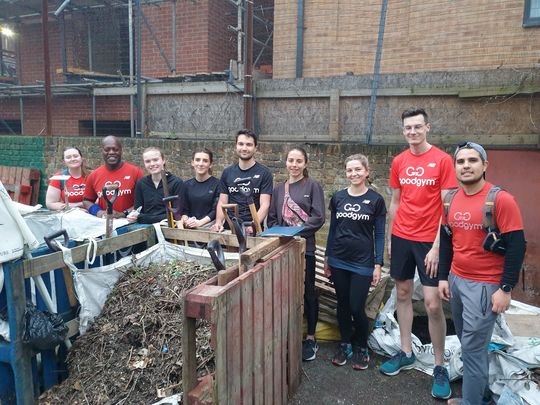 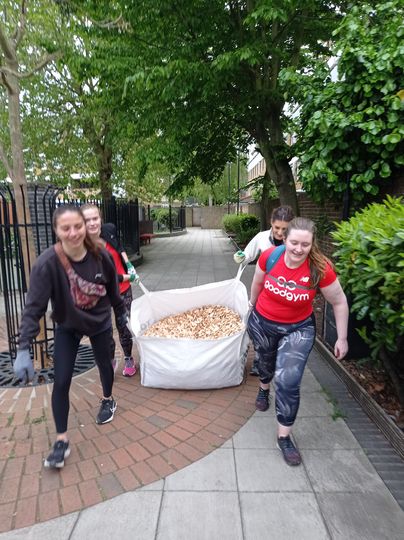 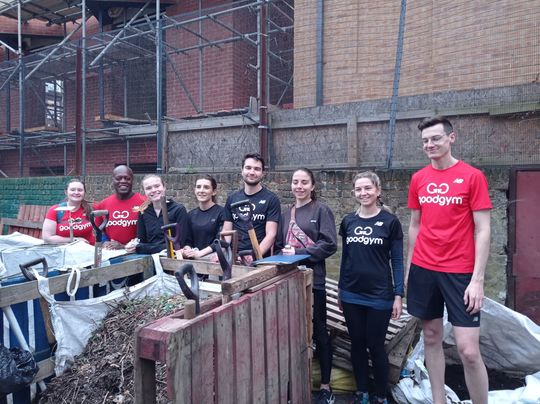 With Yianny away, the keys to the castle was given to Sam (GG Southwark Area Activator).

They had planned whilst Yianny was away to attend a joint Lambeth and Southwark community organisation: Thorlands. Based in Camberwell, the community garden finds itself on the border of the two boroughs. Still sharing is caring!

As one by one the GoodGymers arrived at Papa Park, there were a few new faces: Aimee and Lindsay came along to their first ever group run! It was a first ever good deed for Aimee, but Lindsay had already attended two other community missions prior. Welcome to GoodGym!

Due to the lack of space as the kids were still playing in the playground, we went through a quick warm-up before answering our ice-breaker question for tonight which is in line with International Day of Dance, which is this coming Friday and Sam asked: What type of dance do you like or want to learn or can you bust out a dancing move for us?

Charlotte and Sam had some moves meant to scare the kids away from the playground.... 👀 Others bravely answered more conservatively with favorites/wanting to learn the Charleston, Flamengo, Scottish (wedding) dance and Lindy Hop were amongst the ones I remember.

Sam set quite a fast pace from Brixton and down Coldharbour Lane to arrive at Thorlands, a 2k run within 12 minutes. Yet, they were still four minutes late. Simon (the task owner) had all the tools ready and we just needed to get the wheelbarrows. The task had changed from what we were expected to do a few hours prior as Simon had a delivery of woodchip mulch and top soil, but unfortunately they delivered it on the other side of the estate.

We were armed with a map, which we didn't take, but Lindy was certain she knew the way and after about a five minute wonder we found the tonne bags stacked upon each other.

The team wasted no time and got stuck in! They shoveled two wheelbarrows of woodchip, which Michael and Nathan brought over. Yet, sensing that there will be a lot of waiting, we decided we could move the tonne bag of woodchip (as it was light) to Thorlands by dragging it. Aimee, Lindy, Lindsay and Tilly did so without any hesitancy. They worked well as a team as Sam just snapped away for the Gram! They made it all the way to Thorlands, but the bag did split around 10-20 metres from the end. Yet, not much came out and the majority made it to its temporary storage space. Charlotte and Kaz came over with the first wheelbarrows of top soil, but realising time was against them; Sam called it and asked Aimee to get the ripped tonne bag to cover the top soil to ensure the foxes wouldn't get to the newly delivered soil over the next few nights.

After a quick photo op in the Walled Garden, the team were off for a quick card based HIIT session in Myatt's Fields, which ended up being focused mainly on squats and push-ups. With everyone getting hungry, the 2k run back was quite fast despite the traffic lights. We arrived back at Papa Park's just after 20:30 for the cooldown stretch!

A personal thanks from me to all those who came and ran tonight! Apologies for ending the session slightly later (20:35), but we managed to get a 4k run in total done, 40 minutes of volunteering and a 10 minute HIIT session! I hope to see you soon, but I'll hand you back to Yianny - until next time, see ya!

GoodGym is all about getting fit and doing good! We praise the runners/cyclists/walkers who come to get fit and help out, but we often forget about our task owner. I would like to take this opportunity to thank Simon for organising the tools and the task for us to do! Sorry, we couldn't complete the task, but some of us will be back for some more on Saturday!

Brilliant stuff everyone, look at all thos happy faces!!