Irish I was a little bit taller!

29 runners ran 3.4km to help their local community in Lewisham. 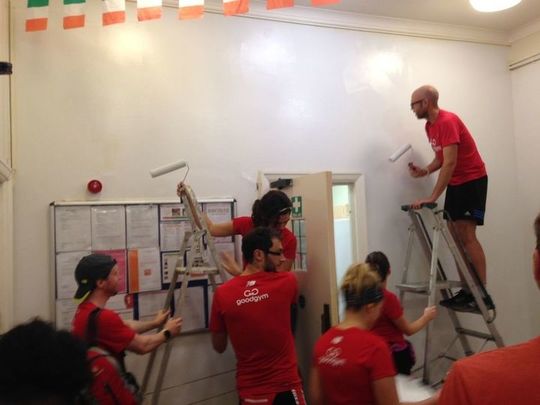 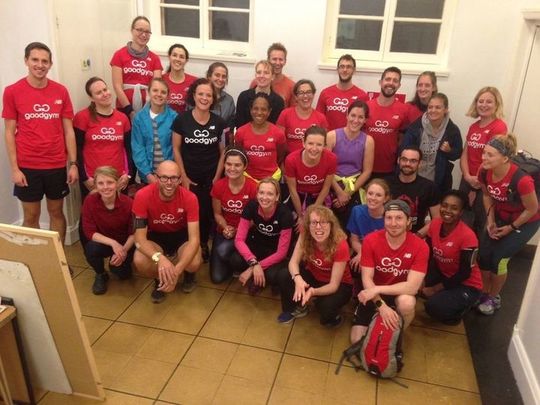 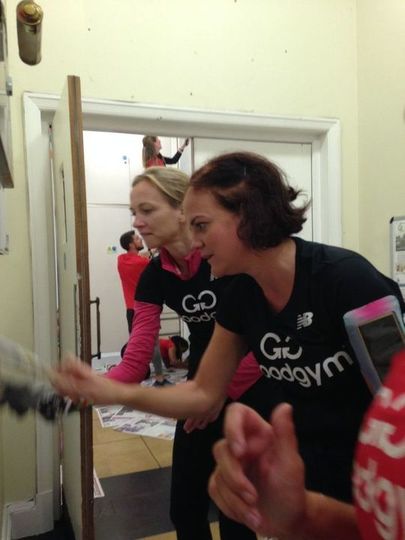 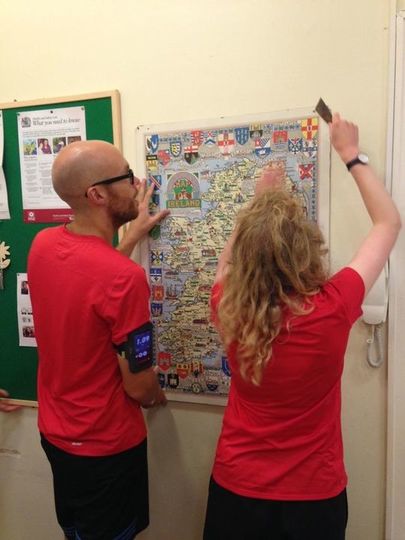 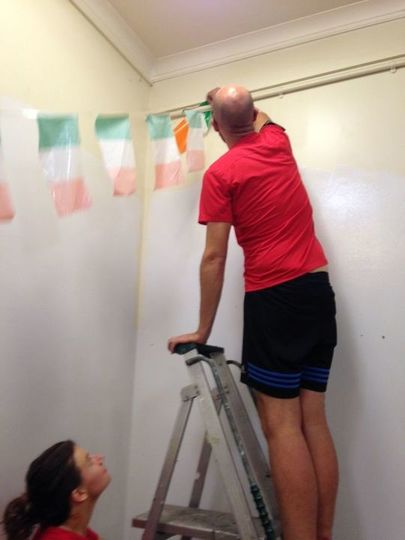 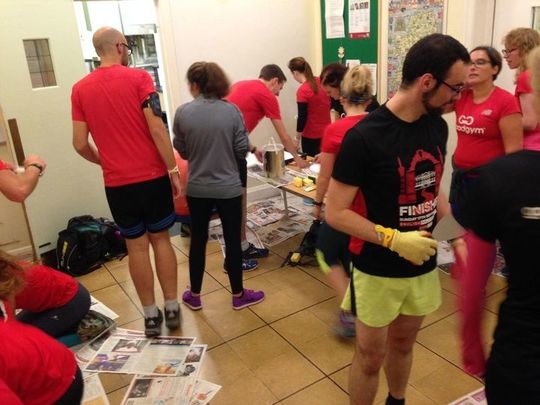 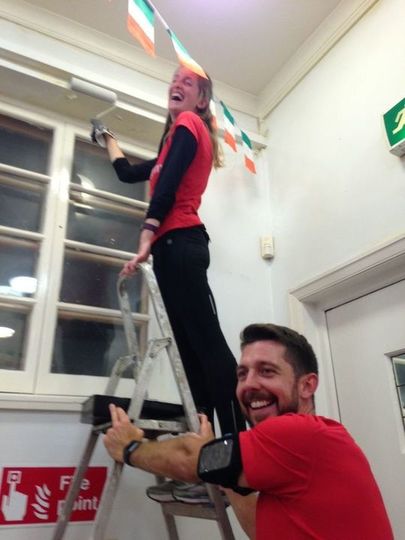 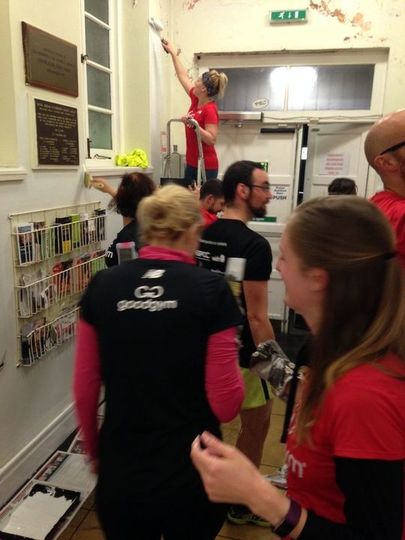 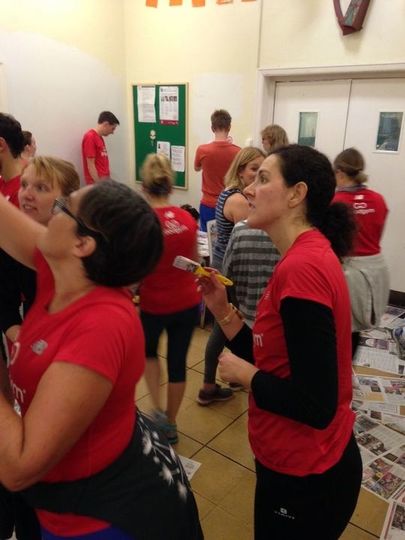 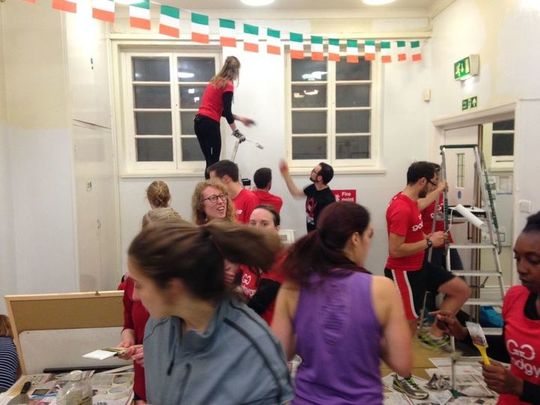 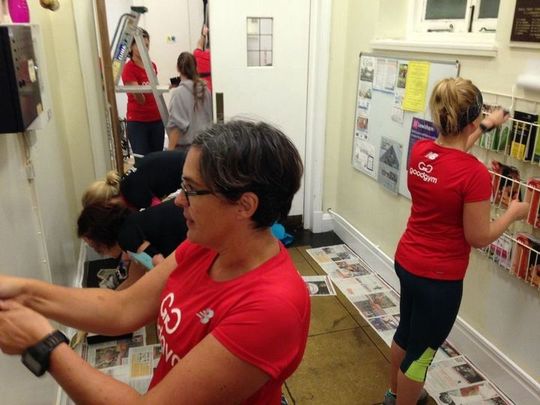 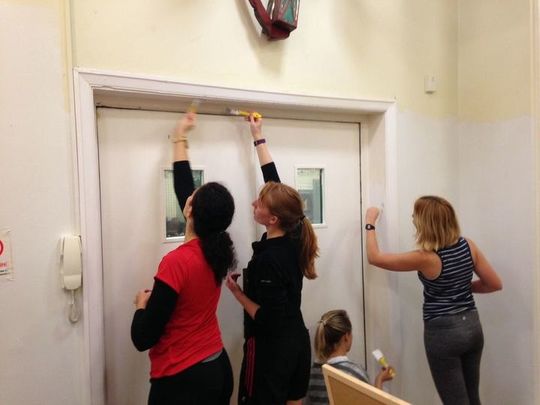 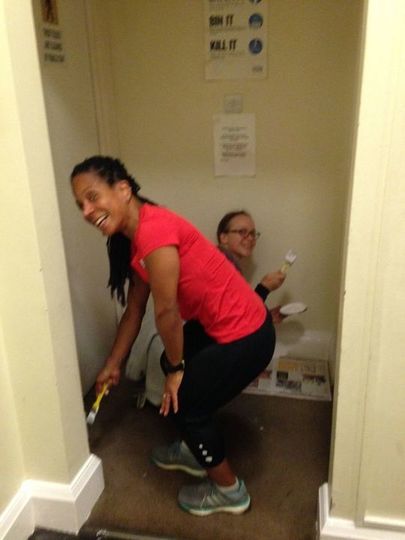 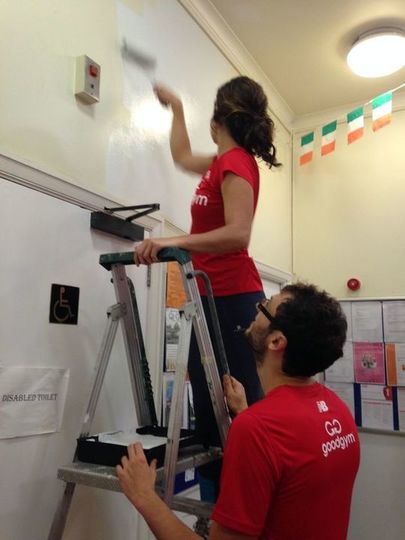 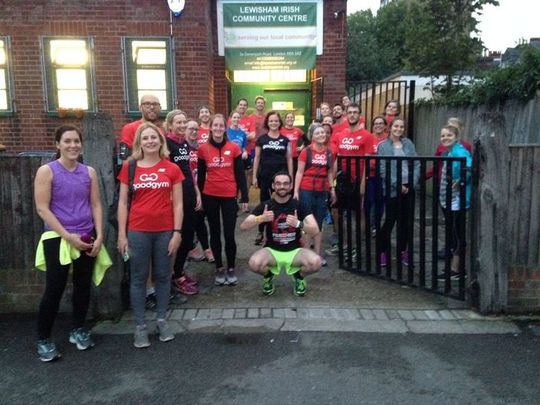 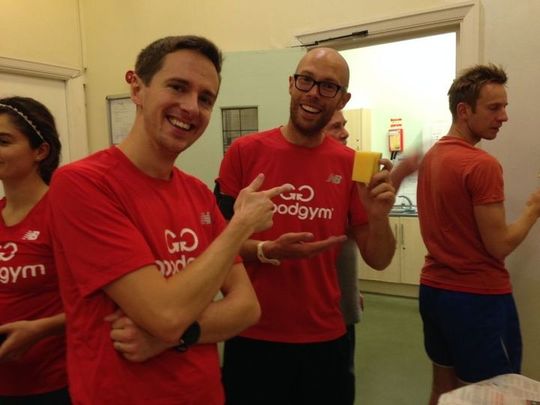 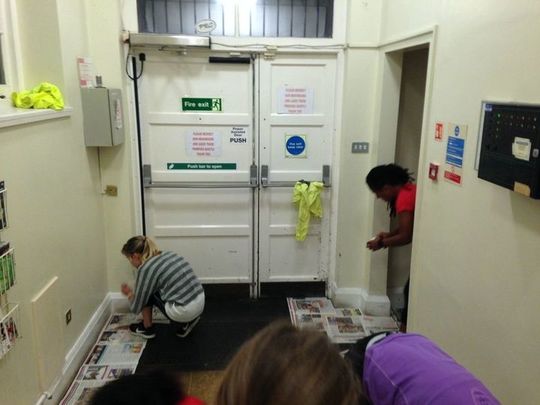 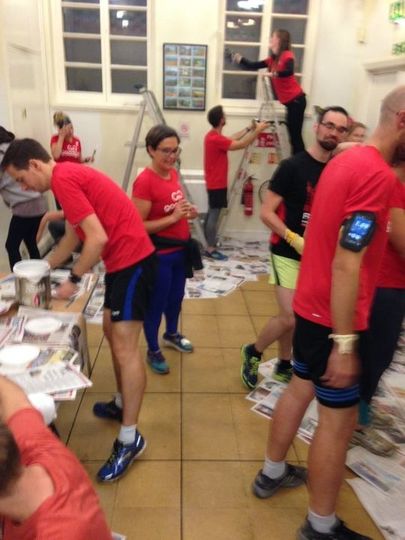 Showing the world that Monday nights rock in Lewisham, 29 athletes skipped through our borough to paint the walls at the Lewisham Irish Centre covering around 4km along the way.

Thank you to Anna for this week's pun, conjured up as she looked at Chris, stretching easily up to the furthest reaches with the roller.

Over the past twenty months, our group has grown and grown and friendships have formed, making it feel like our own little GoodGym family. Over the weekend this could be seen in action as regular runner Stephen headed out of town to take part in the English Half-Marathon (and various other distances) up in Warrington, staying over at Kim's mum's. Isn't that just lovely? He did her (and himself) proud by heading back to London with a whopping FIVE medals around his neck, one of which was a golden gate that actually opened up! Great work Steve! Also taking on interesting distances this weekend were Jacqueline and Conroy, at the Marsha Phoenix Trust 10k Relay in Hilly Fields, with Conroy's team winning themselves a fish and chip supper - that's got to be the best prize ever, right?! Over in Reigate, Sarah took on a half-marathon and managed to achieve another PB - she's on fire! At her school today, a child commented that it took resilience to complete the race, so true! Finally, in training for the Royal Parks Half-Marathon, Lucy tackled her furthest ever run, showing that she's all set to conquer her first half in a few weeks time, well done Lucy!

Unusually, we didn't have any first-timers with us this week, but Bliss embarked on a bit of tourism over from Greenwich - we hope you enjoyed the way we do things in SE13, maybe a little rougher around the edges than the Royal Borough, but hey!

After our celebration of Medal Monday, we got cosy and warm with a little 'shoulders, knees and toes' action, gearing up to run the 2k to the Lewisham Irish Centre. We've not been here before, so we were excited to be visiting a brand new task and I'm pretty sure the people of Lewisham could feel the warm glow as we glided along the High Street. I had visited the space a few months back and hadn't bargained on having 29 people in tow so, as we squeezed in, wondered if there would be enough elbow room! Our tools and paint were laid out and ready to go so, grabbing whatever we could, everyone found a corner, edge or expanse and set to, eradicating the faded yellow and freshening up with a bright white.

I realise I might have uttered the words 'amazing!' and 'fantastic!' a lot tonight, but it really was! I hadn't imagined the skirting boards would even be touched, but they were finished and all but a few of the furthest reaches were now freshly painted and as good as new. I'll say it again, amazing! With this many hands on deck, we were even able to employ a crack team of spongers, working across the spaces, wiping away any drips and drops and ensuring we left the floor as we found it. I think we'll be back to finish off the final touches but, for now, well done all!

All we had time for now was a quick run back and a stretch (and I had a lovely core session planned too!). We discussed upcoming races: Petts Wood 10k, a bit of parkrun tourism with our neighbours over at GoodGym Bromley and a Christmas run in Greenwich (sorry, I know it's only September!). Next week our run will be a little bit longer, with an 8k total distance and a great task over at Goldsmiths Community Centre, come along!

Ah, thanks so much for the mention. Well done everyone- what a brilliant task!