7 runners ran 3km to help the Miltoncross Academy in Portsmouth. 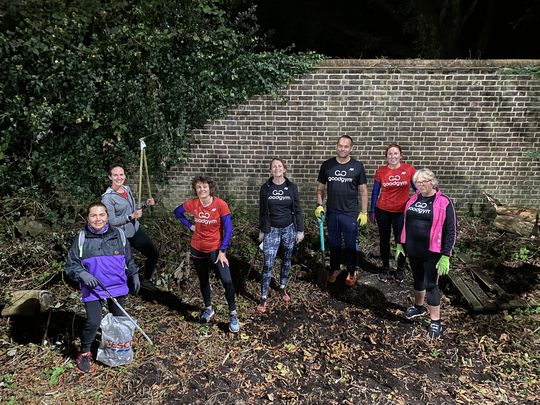 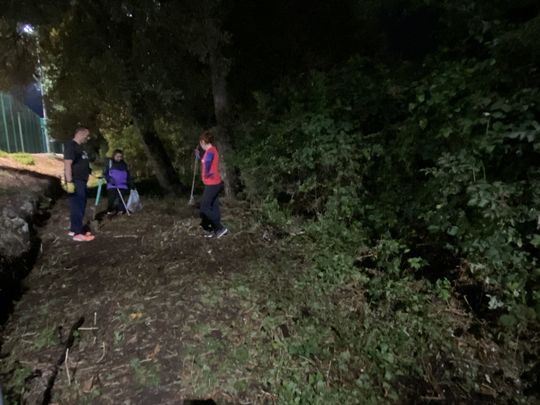 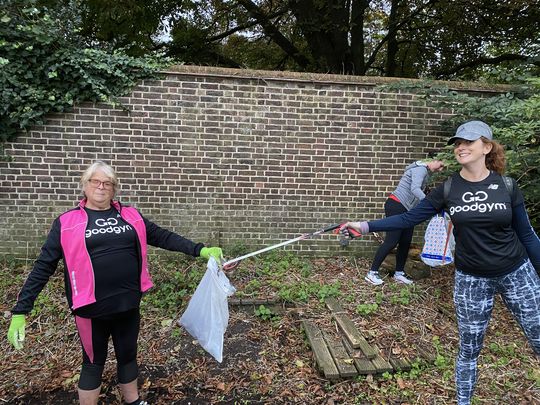 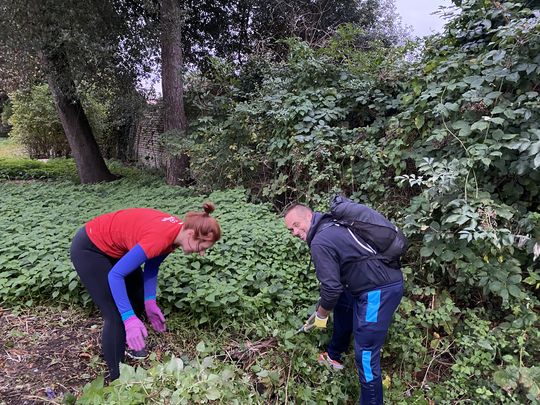 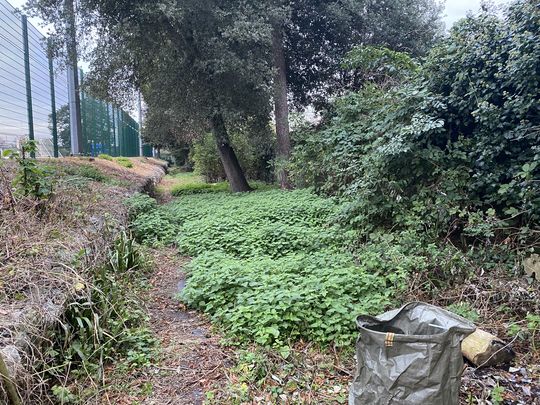 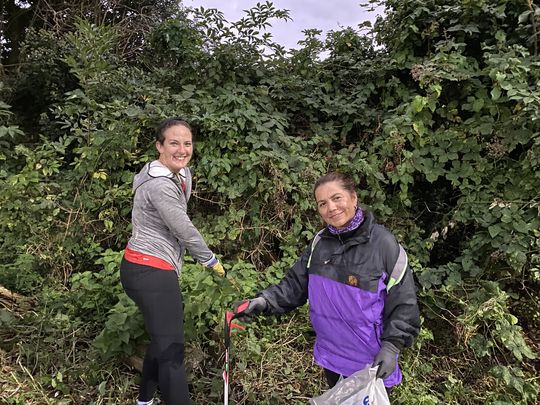 We headed back to Miltoncross this evening to help continue the clearing of the green area which can be used for eco club. We didn’t have as many people as last time due to a few feeling unwell. Sending get well wishes to those. We were joined once again by Charlotte, a senior student who came up with the idea to clear this area and make better use of it.

We split into two teams, one team tackled the litter again and there is a lot of it. Jen, Maura, Rosie and Tracey started picking the litter in the area that had been cleared in our previous visit. A load more pens, sweet wrappers, plastic bottles and cans were discovered. Jen found a ruler that was in great condition and took this home so it can be cleaned up and used. The most interesting find was a school dinner tray that had been thrown over the fence into the area. This was left safely in the school yard hoping that it may be cleaned and reused back in the canteen.

The next group of Aoife, Charlotte, Jo and Tony started clearing more nettles near to the pond area that had been done last time. The nettles were never ending and most of us were still stung on the arms, legs and hands even though we all wore long sleeves and long leggings to try and protect ourselves.

The compost heap was added to yet again and plenty of rubbish and recycling was put in the bins. We’ve made progress again on clearing this area and there is still a lot more to do. We are back next week for those who want to win the battle of the nettles.