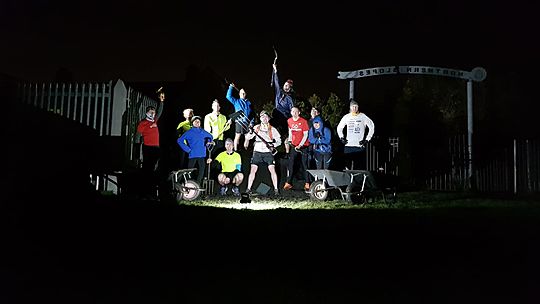 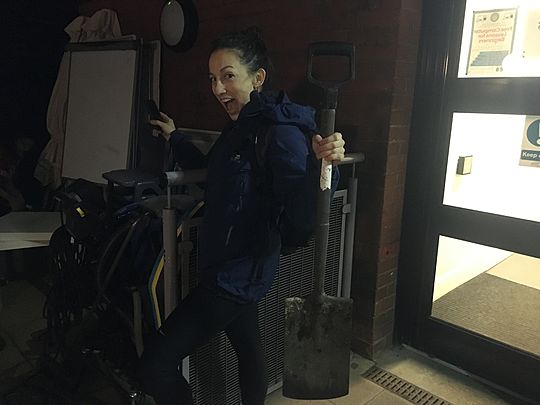 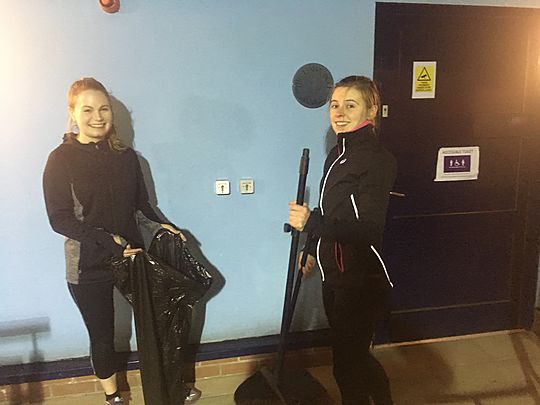 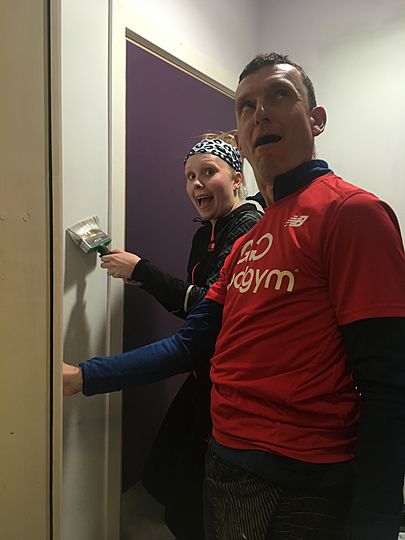 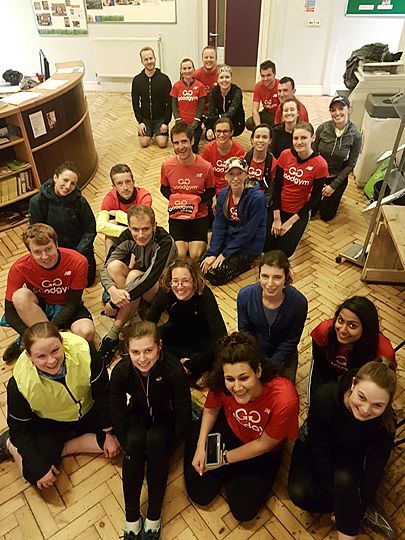 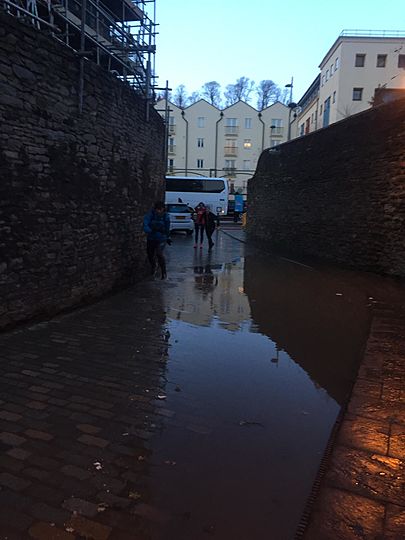 Due to Storm Gareth, we were sadly not able to paint the St Paul's railings this evening with the fear that our painting would end in puddles (or, with the wind blowing right now, that the railings would no longer be there at all).

However, we still had two tasks to help with tonight. Welcome to Ruth, Hannah, Roz and Catherine who joined us tonight! Before getting started, we did a birthday warm up for Alice, based on her number of years for each warm up activity. We then split into two groups...

The second group split into two to let Gary's speedies speed away into the night. We reconvened at St Werburgh's Community Centre, where we had been left a list of tasks for the group to do. After rummaging through various cupboards and rooms, we gathered equipment and got to work sweeping the outside area where we had helped remove their rubber play area a few weeks' ago, litter-picking and playing the age-old game of How Many GoodGymers Can You Fit In A Toilet * (there was some painting involved too).

On the subject of toilets, Head Office had assigned us the task of creating a number 2 tonight. Jack took on the role of Artistic Director and did a great job of making a small space, no ladder and 30 GoodGymers recreate our placing in the timeframe of GoodGym areas.

After all that, it was time to head back to base and to belatedly celebrate Laura's 50th Good Deed which she got on Friday's Community Mission and Alice's birthday with some delicious baked goods!

*historic evidence of this being an age-old game not confirmed

What a fantastic run title! Couldn't have spent my Birthday with a better bunch. Thanks all x

That number 2 was pretty good!

Sloping off for a GoodGym X-scape