The final of the GoodGym rake off

32 GoodGymers made their way 7.0km to help the Sustrans Cymru in Cardiff. 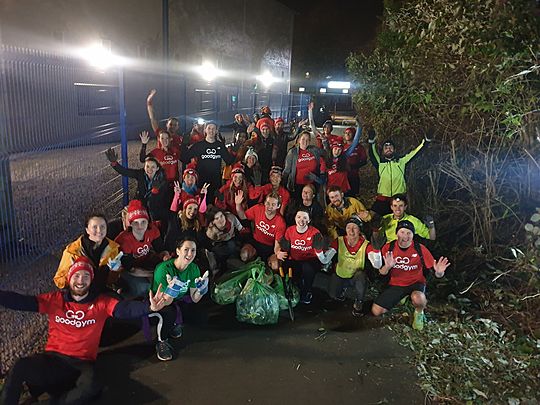 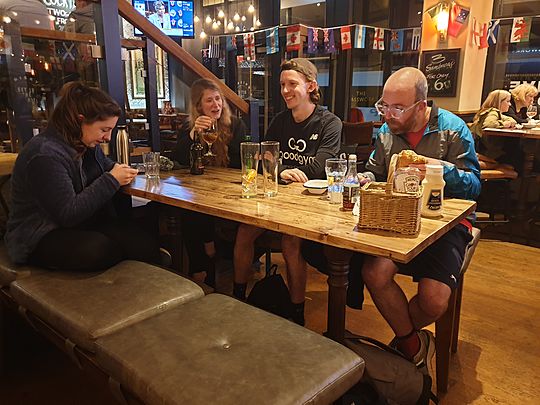 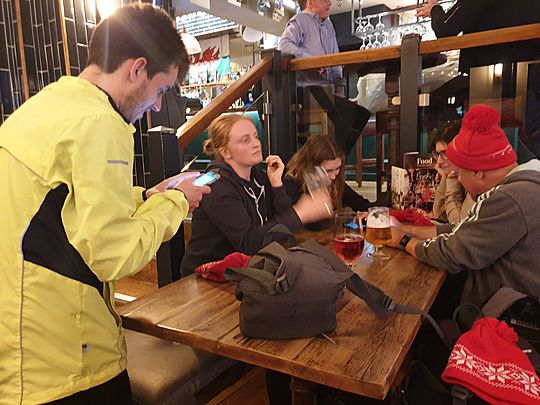 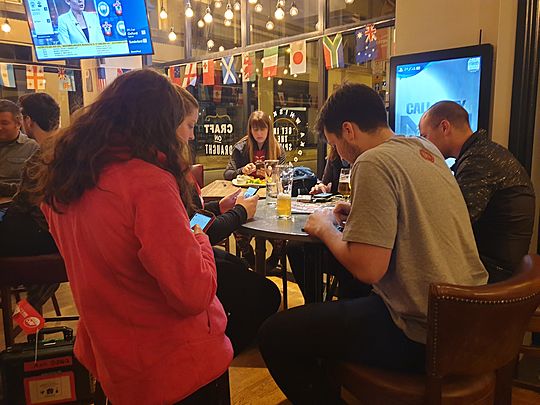 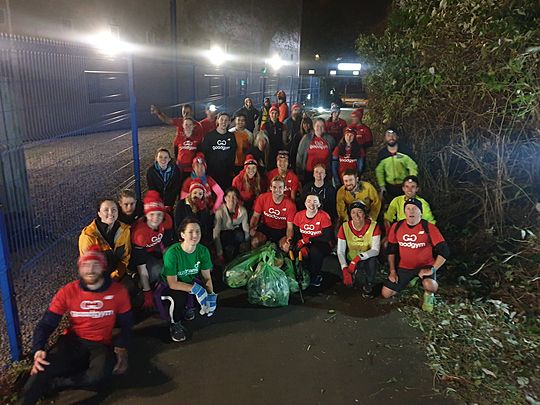 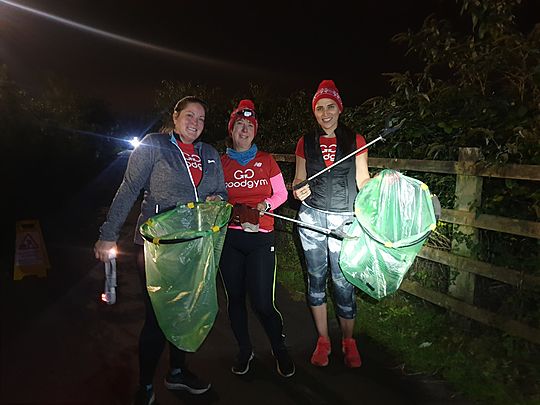 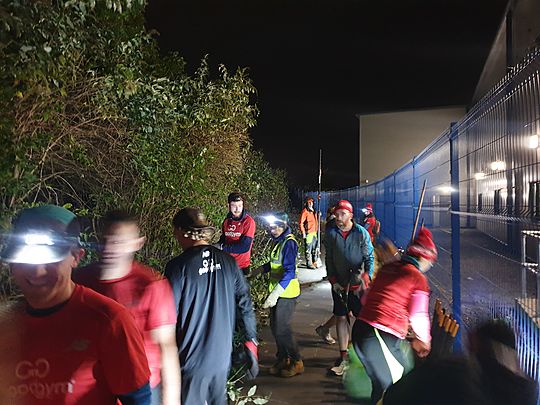 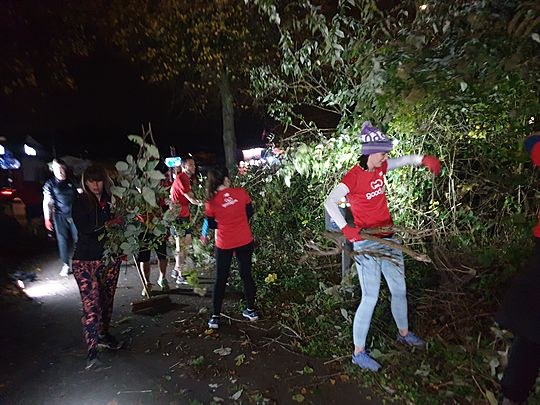 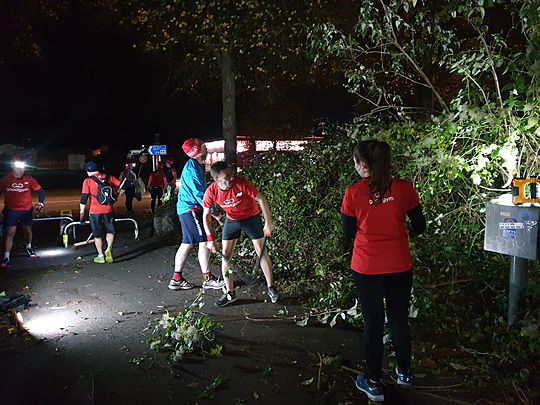 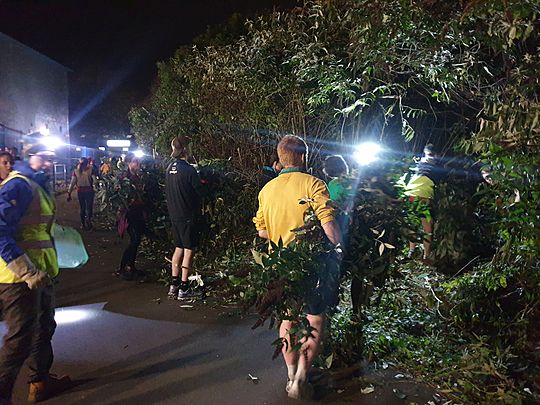 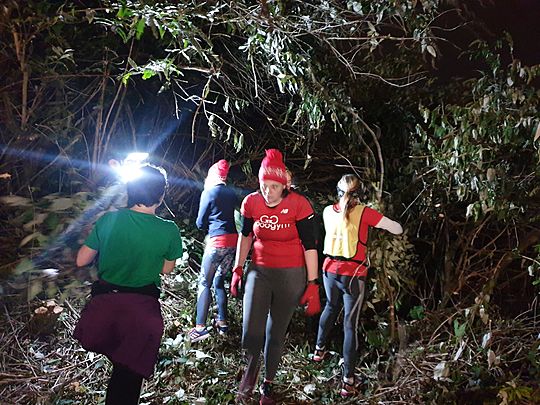 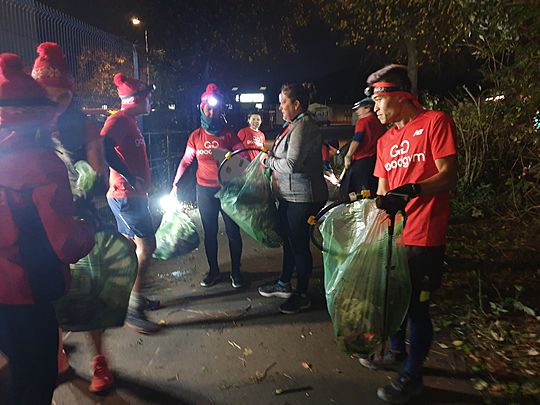 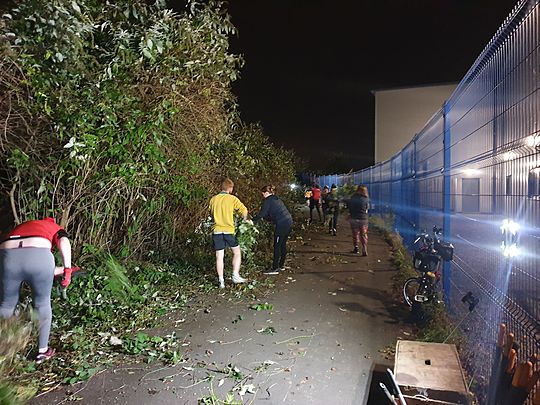 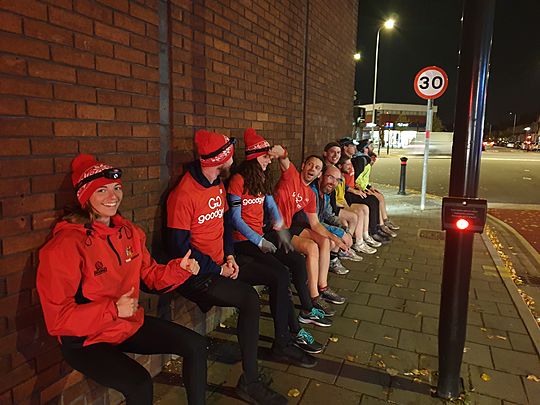 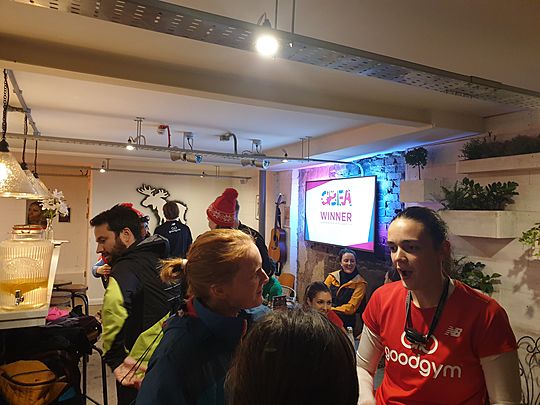 As per usual, we met at the Big Moose for our GoodGym group run. When the clock struck 6.30pm we then headed outside for our warm up; to warm up we played an exciting game of captains coming - A fav amongst a number of runners. We then did a headcount and welcomed new faces to GoodGym Cardiff... A HUGE WELCOME TO ROISIN, SARA, SCOTT, EMILY & STUART! It was seriously amazing to have you come along and we hope you come back!

This week we also had Ceri and her colleague from Barn Media join us for the run. We have been shortlisted for an award and they were there to put together a nominee video for us.

We celebrated runners achievements at the beginning of the run too:

Time to choose your group!

Every week we try and organise ourselves into groups so that those who want to run hard, can, and those who want more of a relaxed run, can! This week we had a walk run group which enabled people to get the benefits of walking and running! Mikey led the speedy runners. Welsh Dave led the sexy runners and Aimee led the run walkers!

Let's head to the task!

It was time to 'get our run on!' We headed off down St Mary's Street towards Penarth Road. The clocks going back was no problem for us because we were equipped with headtorches, so even in the darkness of the night we could illuminate our path.

We met Claire and the Sustrans team halfway down Penarth Road. Sustrans is a UK walking and cycling charity and custodian of the National Cycle Network. Its flagship project is the National Cycle Network, which has created 16,575 miles of signed cycle routes throughout the UK including 5,273 miles of traffic-free paths. Claire was positioned by the entrance to Grangemoor park, the location where we planned to help out this evening.

Claire was amazed with how many of us turned up to help this evening. "32!" she repeated when I told her the number.

Claire explained our tasks for the evening; "I heard you guys get a lot done in a short space of time... here are the tasks I have for you" she said. The task we were set were as follows:

Every single runner broke a sweat helping out this evening. Even though the temperature was quite cold, because everyone was working so hard no one felt it.

Well done and thank you everyone!

Claire and the other Sustrans volunteers were so thankful for our help. They couldn't believe how much we managed to do in the short space of time we were there for.

We then had group photos and did a cheeky dab and floss before heading back to town. We ran back with huge smiles on our faces, knowing we had done something amazing that evening that made a massive positive difference in the community.

After warming down we collected our belongings. Approximately 15 of us headed to the Glassworks for some drinkypoos afterwards too.

An AWESOME run - Well done everyone for coming along. See you all next week hopefully!

Marie won the tweet off this evening. The gap between first and second place is closing up. People are watching this leaderboard closer than anyone is watching the discussions in the houses of parliament.