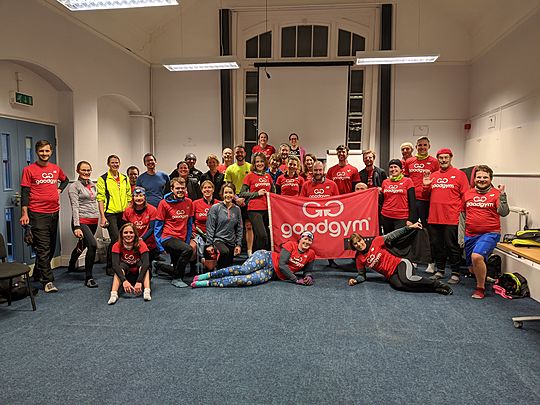 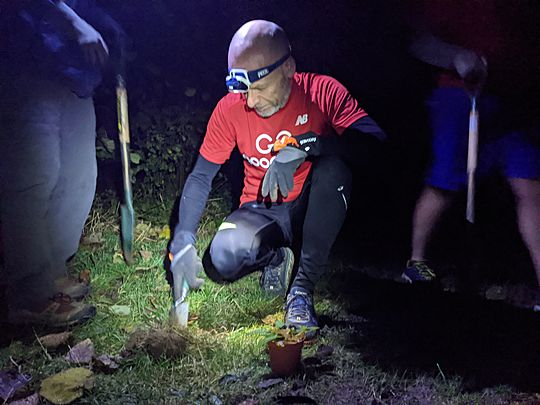 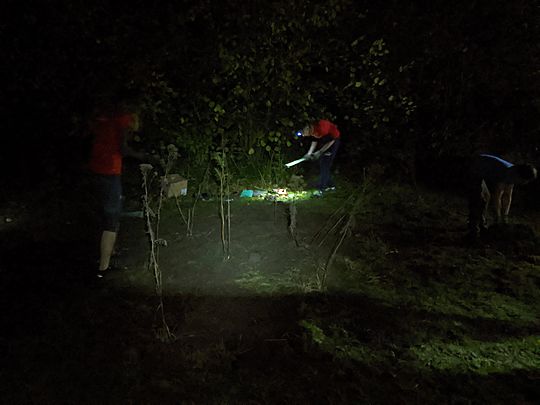 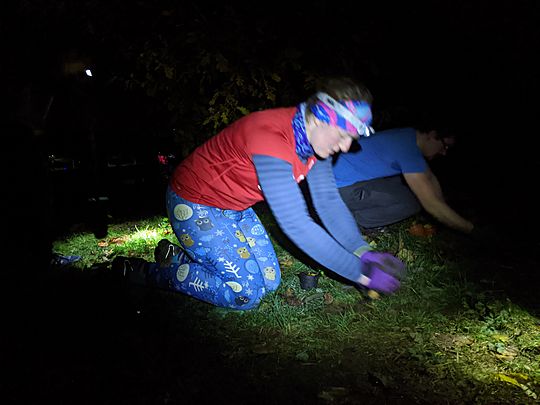 Tonight we all gave massive high fives to Laura, our very own taskforce legend who only joined GoodGym in April and has already completed an amazing 50 good deeds. If you haven't cheered her yet, make sure you do!

Laura also back-marked for us, swishing her cape as we ran along the river to Millennium Fields. Jonathan was in the far corner of the meadow sending morse code signals with his torch.

The task had three parts, all to do with connecting one end of the meadow to the other, and making the edge of the woodland a wildflower haven.

Digging is popular in winter so the 9 spades got snapped up super fast, followed by the rakes. Everybody else grabbed a trowel and started planting the wildflowers.

Is this definitely a plant?

Some of the wildflowers did look a bit like Jonathan had filled a small plant pot with soil and some leaves, but he assured us there were teeny tiny roots in there with perennial plants that would flower next year.

People were planting one plant and then switching with a digger or a raker but the plants were planted so quickly that Jonathan had to come up with a new task which was basically digging a whole new patch, read for seeding... but using the trowels.

Just pretend your trowel is a spade - Jonathan

Then there was another bonus task which was digging up some tansy plants from down by the river bank to plant in our newly dug out area.

Whilst all this was happening, a few people were tool-less so we did a short pilot of the fitness session, and once all the tansy was planted, the whole group gathered for an extremely complex game of stuck in the mud (with plenty of real life mud).

This version involved rescuers who can only hop, baddies who can only lunge and people who are stuck having to squat continuously until they're rescued.

I can't squat anymore, someone save me!

After everyone eventually became stuck in the mud, we made our way back along the other side of the river, with an optional 1km time trial. Kudos to everyone who boshed it, and especially to Debs who managed to run a new mile PB!

Laura made a lot of really delicious apple cake to celebrate her 50th good deed, thanks Laura!