So Sally (up) can wait, she knows it's too late as we're leafleting by

23 runners ran 5.0km to help their local community in Cardiff. 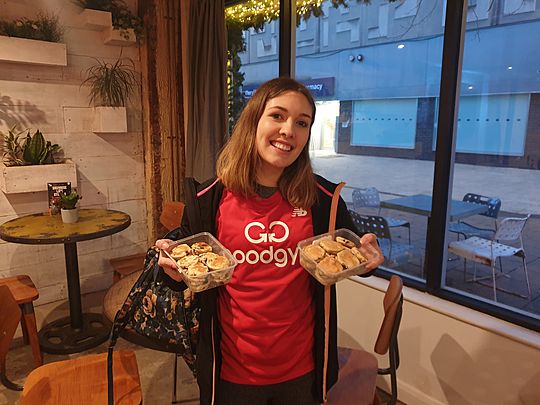 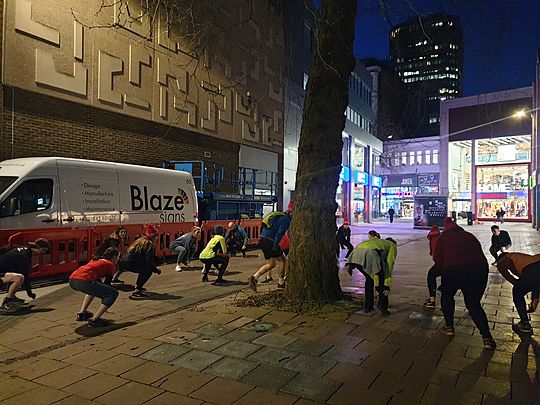 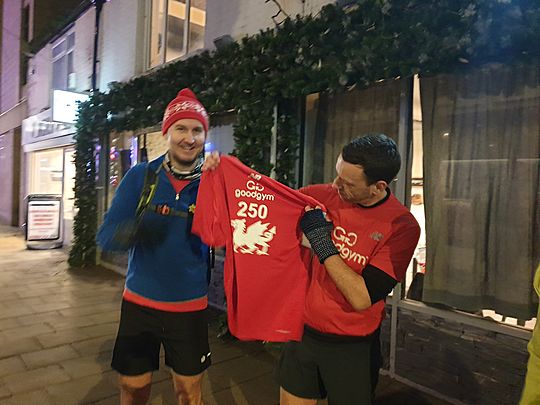 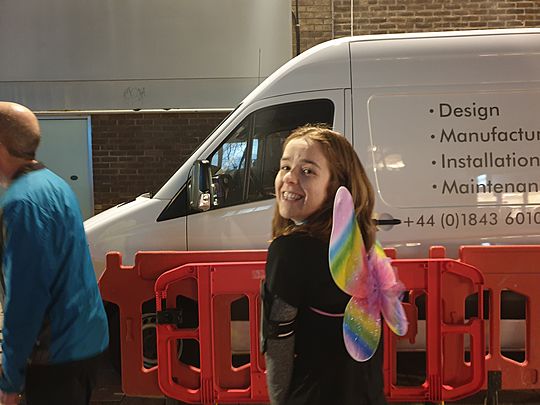 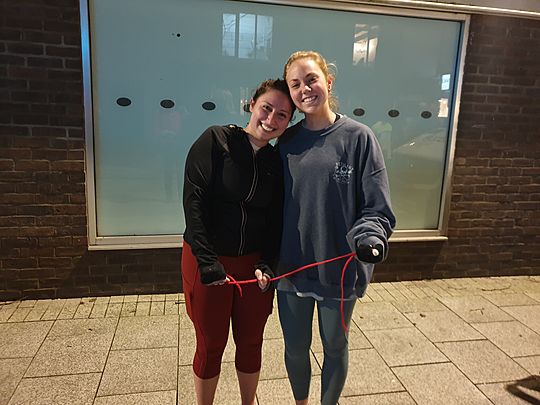 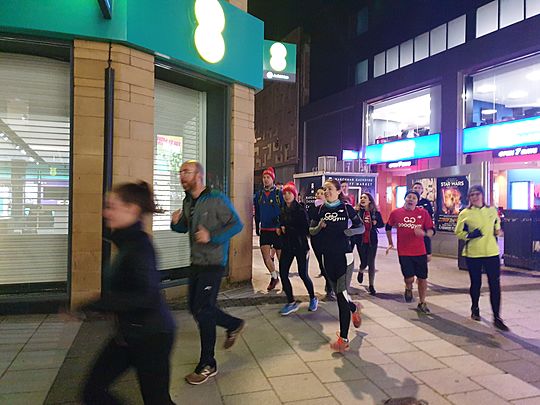 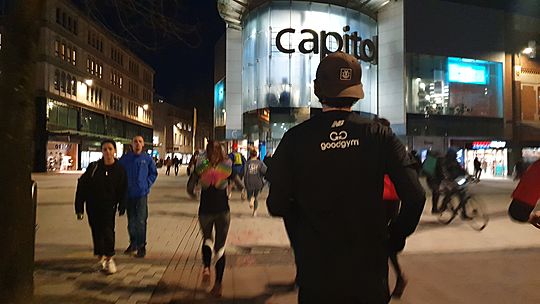 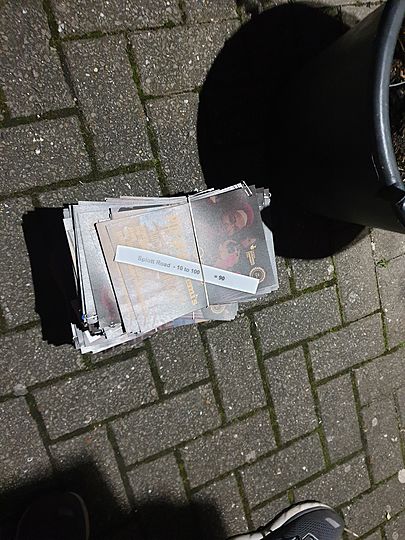 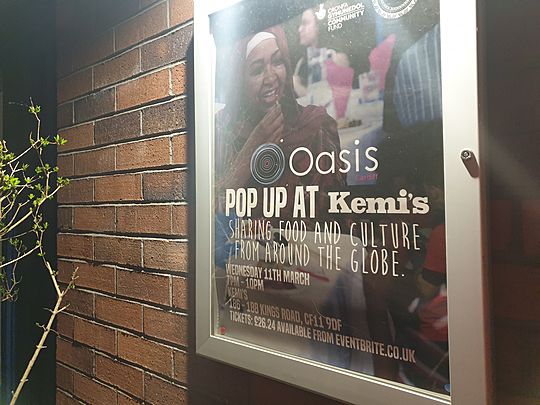 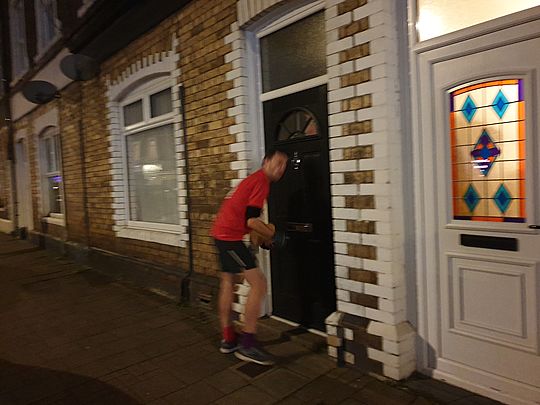 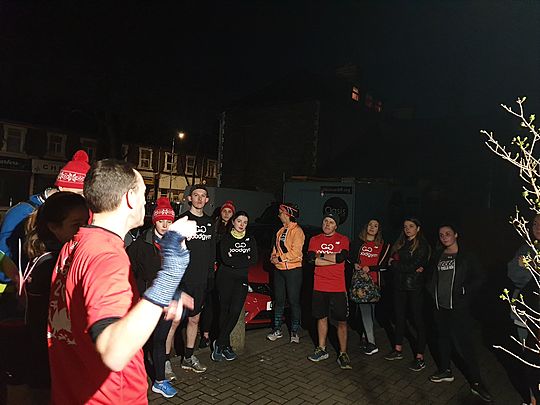 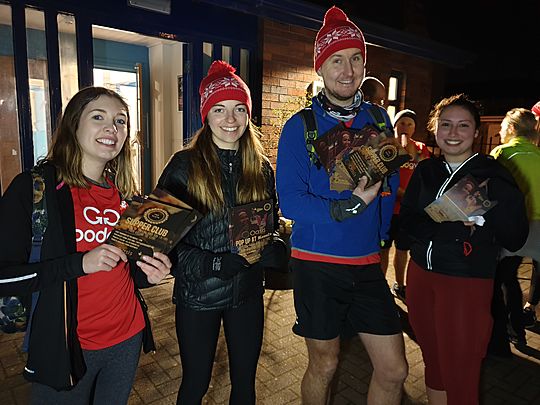 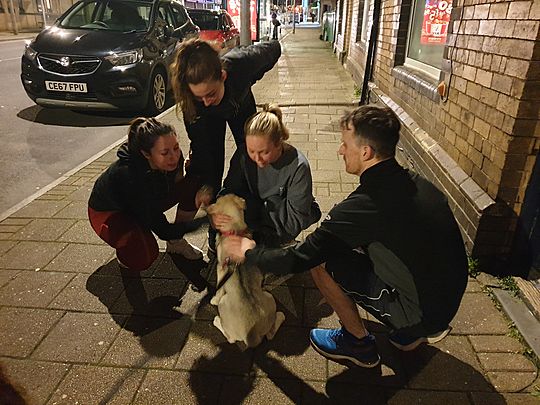 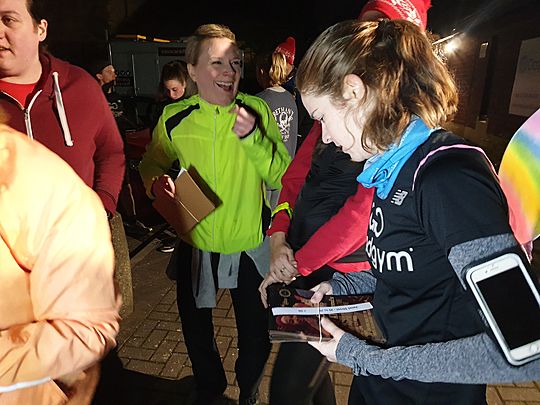 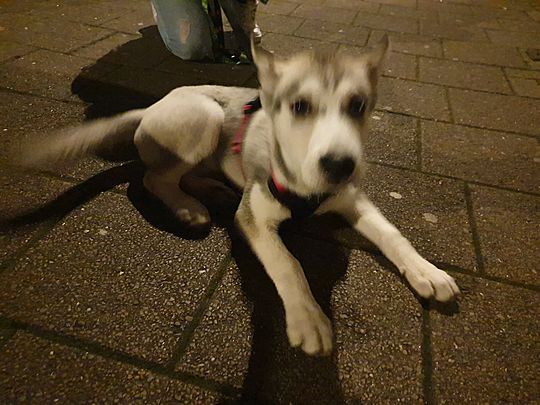 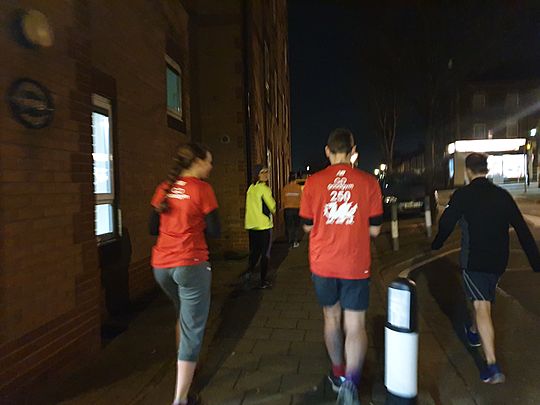 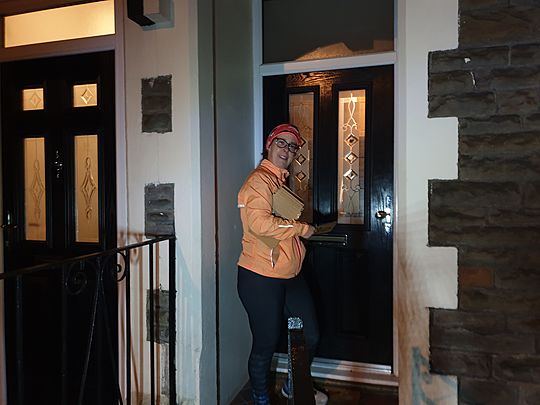 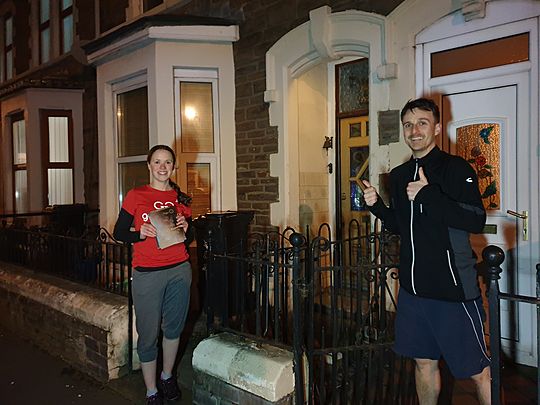 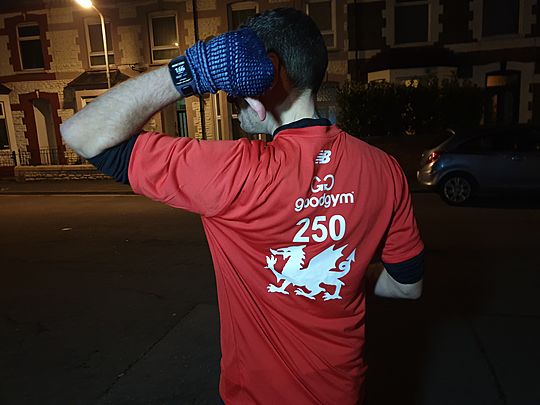 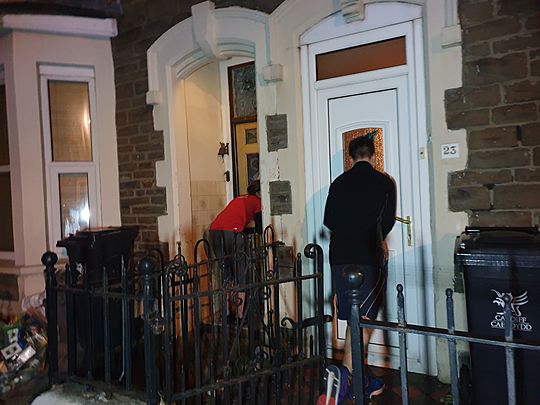 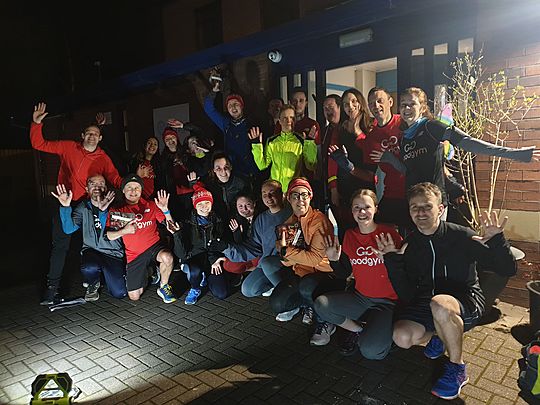 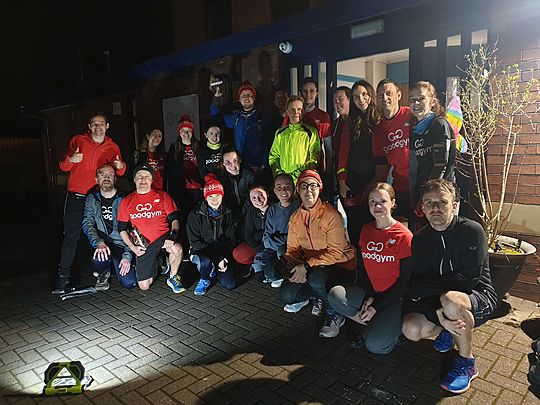 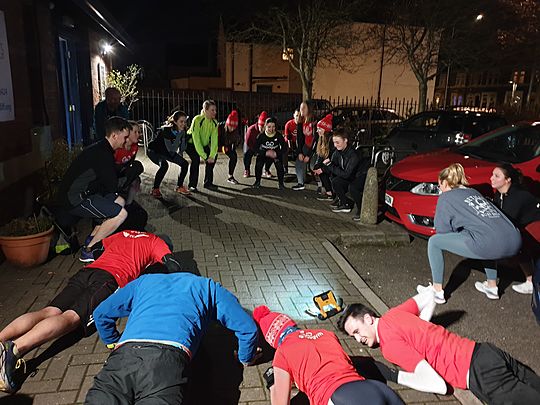 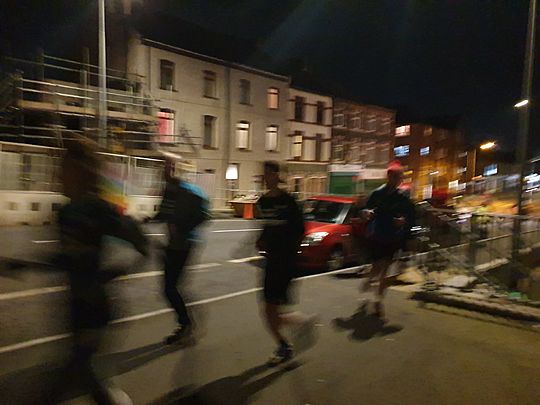 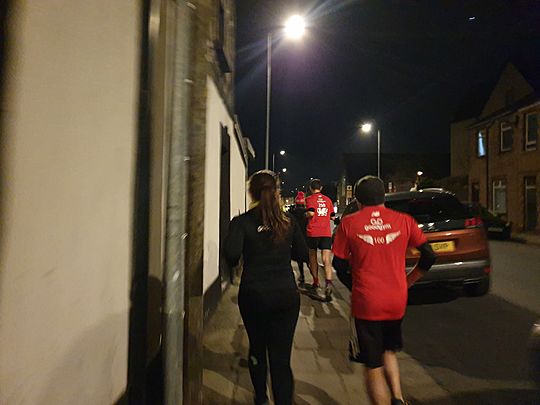 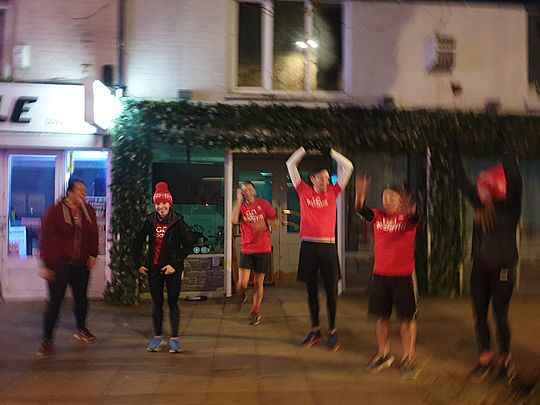 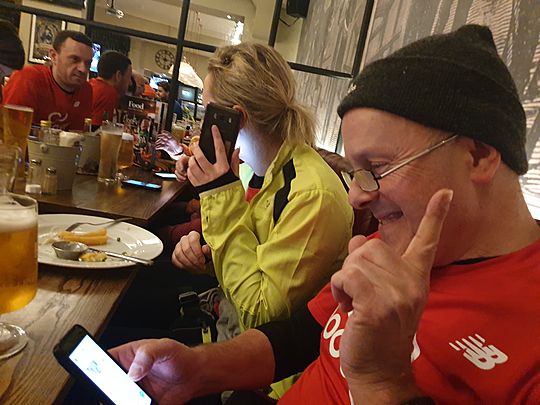 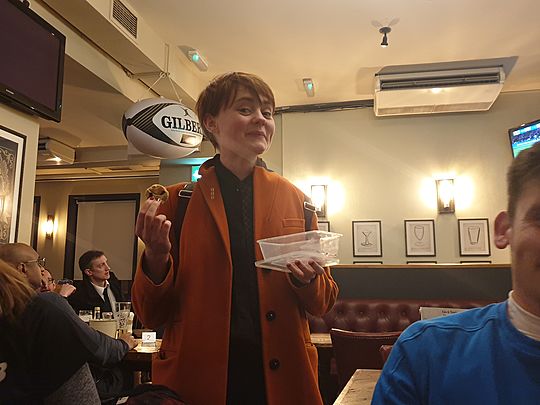 Can you spot all of the Oasis song titles? - There are quite a few!

It was wonderwall to see so many runners at GoodGym this evening. There were 22 in fact!

We gradually did our warm up this evening. progressively making the warm ups more active, little by little some might say. We played a game of 'Captain's coming', A fantastic game that gets hearts racing and ready for exercise.

We said a humongous welcome to Lexi who joined us this week for her FIRST EVER GoodGym run! Lexi is from America and was introduced to GoodGym by Skye. This means Skye has earned herself a red lace #LifesGoals #FashionAccessory

Ben also mentioned some important information relating to the coronavirus and the current outbreak that is causing concern All Around The World as it is no longer half the world away. Click here to read about the GoodGym information concerning coronavirus.

Ellen led the walk runners and Ben led those who wanted more of a continuous running pace.

Share Bower, our task organiser this week, unfortunately wasn't able to be at the centre to do the Talk Tonight (explain about the charity itself), however Ben explained on her behalf. Ben also explained that Share Bower actually gave us a reason to run when we helped out Cardiff Foodbank in early 2019.

Anyway, this week's task was to help advertise one of Oasis Cardiff's upcoming events by handing out leaflets to the local community. Oasis Cardiff is an non profit charity that aims to help Refugees and Asylum Seekers in Cardiff. The aim of Oasis main aim and vision is to help Refugees and Asylum Seekers integrate within their local community. Not only do they encourage integration within our own community and culture but they are also keen to learn and be inspired by the cultures and traditions of the individuals who use the facilities at Oasis.

Inspired by the Oasis initiative we couldn't wait to get stuck in. We split into 2 separate groups and then quickly got stuck into the task. It was Darren's team vs. Ellen and Ben's team. The question was... who could post all the leaflets the quickest?

Darren's team got back first! Wow, speedy work... Supersonic work, even! Well done guys. Ellen and Ben's team got distracted by a husky... It was worth the distraction though, Ben said, who is a BIG lover of huskies.

After handing out leaflets promoting Oasis runners were then invited to decide individually whether they wanted to do the normal, but still challenging fitness activity, or up the ante and do the more difficult one. After runners decided which group they wanted to be in the task was then announced. It was the Bring Sally up, Bring Sally down challenge. Normal = Squats; Increased Difficulty = Press ups. Doing this activity felt like 10 minutes and certainly not 3 minutes 24 seconds. It was painful but we stopped crying our hearts out.

Now it was time to head back. Running up and down many streets in Splott before reaching Newport road and continuing on into town.

After the run we headed to the Glassworks, as is the tradition, for post run drinks and a chat.

Anyway, don't go away! Join GoodGym again next week when we will be helping out Sustrans.

Marie is back in the lead, for now! That won't sit well with Megan, though, who will up her game next week. Good luck for next week everyone. Let's see if someone else can get on the leaderboard.

Benjamin Annear
Hello, i'm Ben! I'm the trainer of GoodGym Cardiff! Please get in touch with any questions and click support to follow updates.