18 GoodGymers made their way 6.0km to help the St Nicks in York. 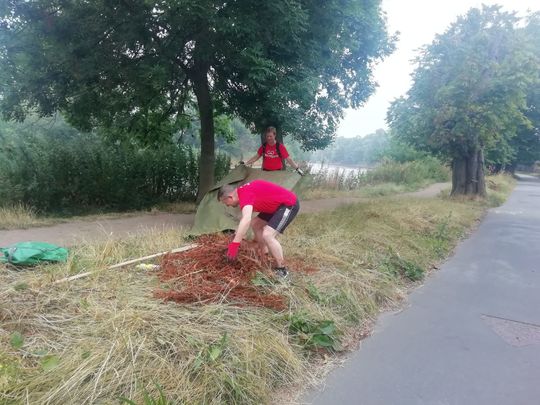 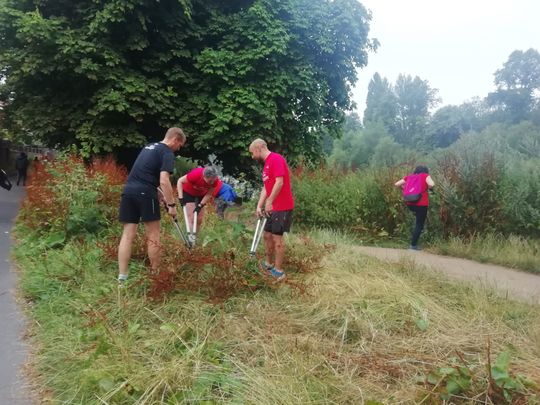 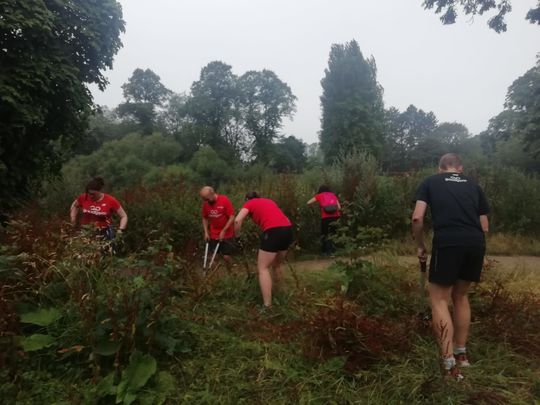 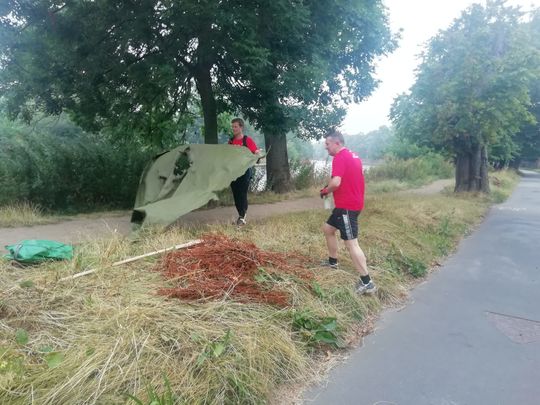 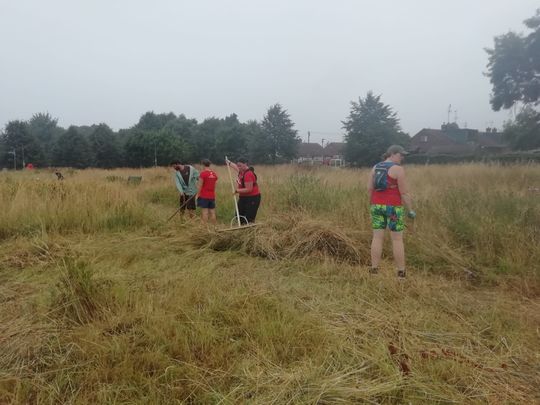 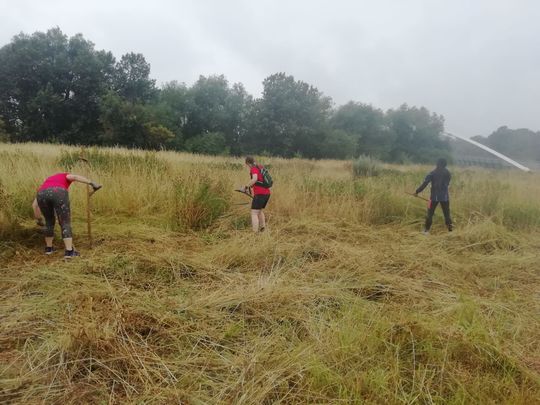 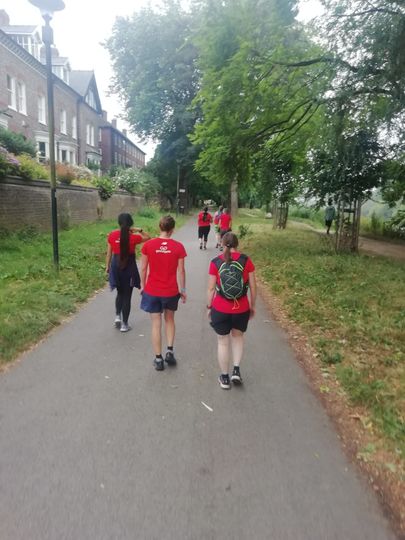 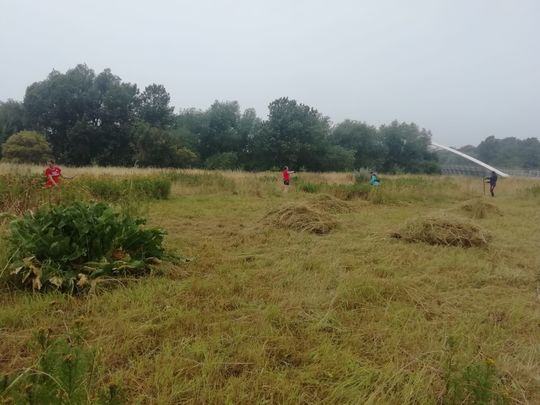 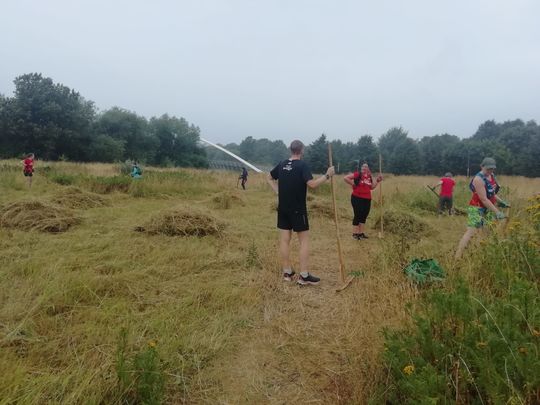 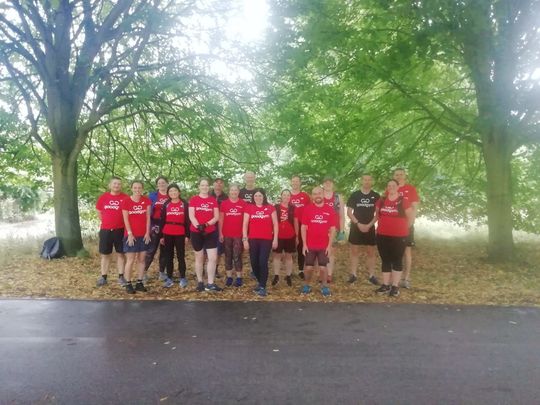 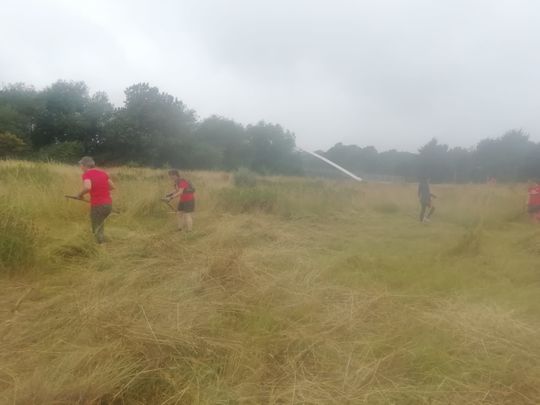 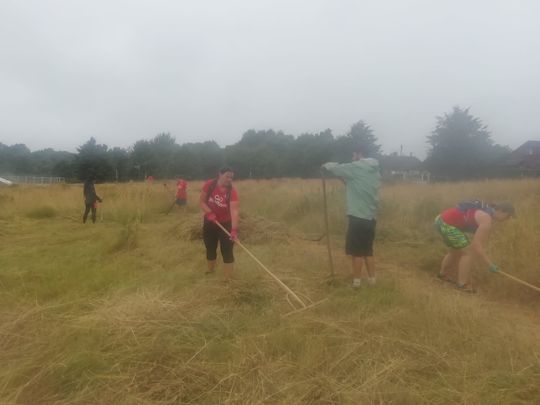 🥵 17 dedicated GoodGymmers met on a muggy Monday for our group run/walk tonight. Well, it started off muggy yesterday, until the rain broke that spell, but more on that later 🧐

🤕 We named and numbered by telling of our most embarrassing injury, in honour of Mitch’s pasta-related saga. We heard many woeful stories and were pleased that everyone had pulled through and was here to tell the tale 🍝

🦞 Ed led the run to meet Jonathan from St Nick’s whilst Abi led a run-walk group in a pincer movement to ensure that we met in the middle. We split into groups with different jobs to do. There was dock-lopping, tarp (with piles of said dock)-dragging along the riverside and scything and raking nearer the allotments. After sharpening the scythes in a slightly terrifying manner, Jonathan led a scything demonstration to ensure good technique 🌾

💪 I think it’s fair to say that many people got a good workout doing their different jobs, and the dock-loppers were able to stay mostly dry, which they were pleased about. On that note, it rained. That drizzly type of rain that isn’t actually very heavy but still gets you very wet. Many of us were jealous of Debs’ hat and Laura’s waterproof – these seasoned GoodGymmers come prepared 😎

🥶 On noticing Lucy’s lips turning blue, we realised it was probably time for some fitness. Leanne helpfully pointed out that the attempt-to-stay-vaguely-dry-under-the-trees plan was making us wetter than being out in the open (due those pesky big rain drips) so we headed to the patch of grass by Millennium Bridge 🌉

💃 We were doing some strength exercises for running today, to build strength in our feet and legs and (hopefully) prevent injury. Despite comments that it resembled some 90’s aerobics (minus the cheesy music), everyone got stuck in with aplomb and Nick even managed to co-ordinate his arms and legs by the end 🕺

🙌 Once we were all calf raised and Romanian dead-lifted to the max, we ran back to base, co-ordinating nicely with the run-walk groups. We stretched off and parted ways to dry off and warm up. Thanks everyone, good work, especially in the non-optimal weather conditions ☔