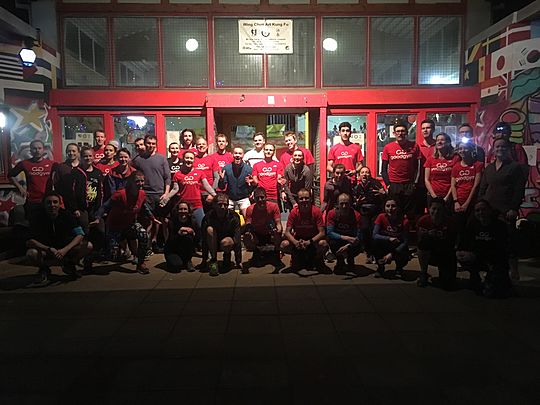 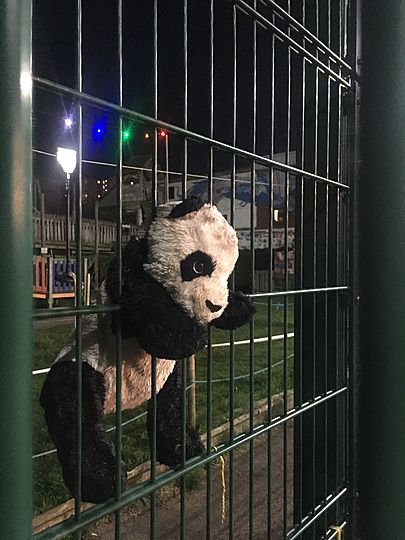 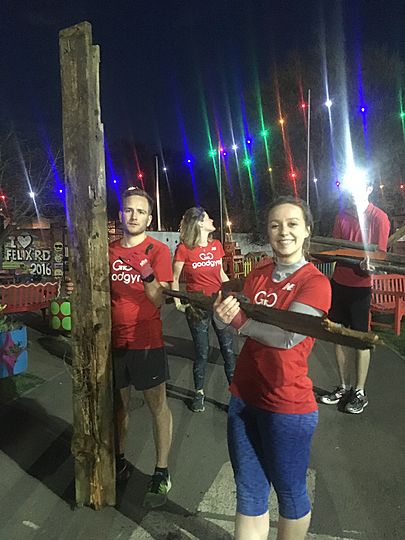 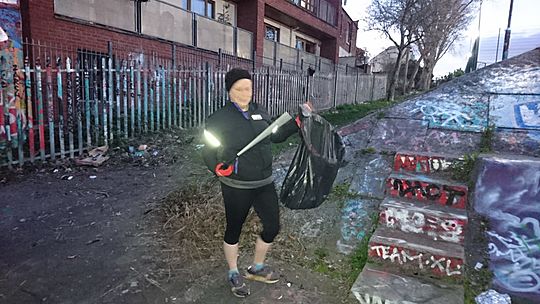 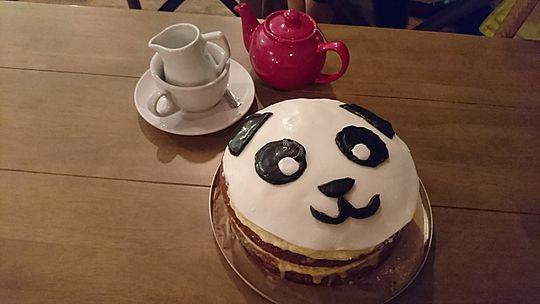 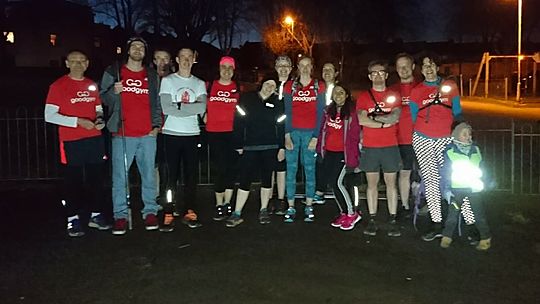 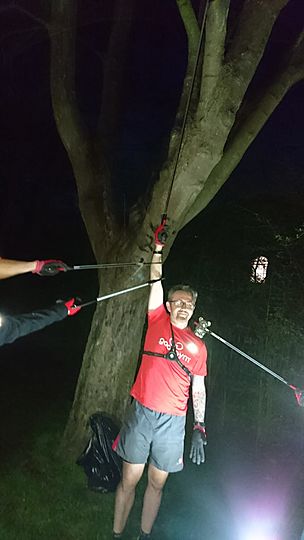 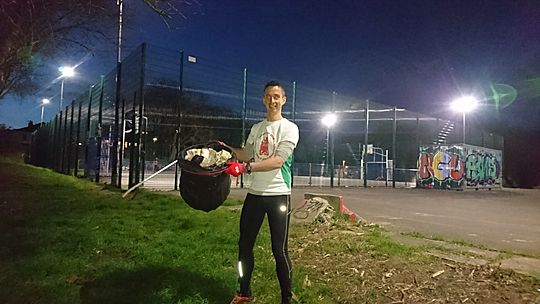 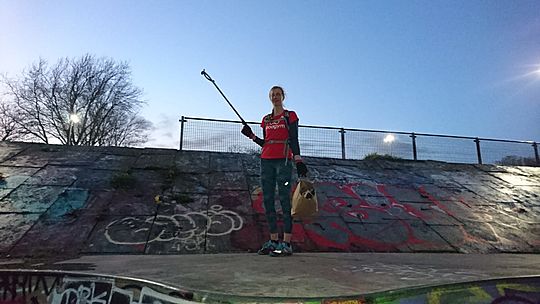 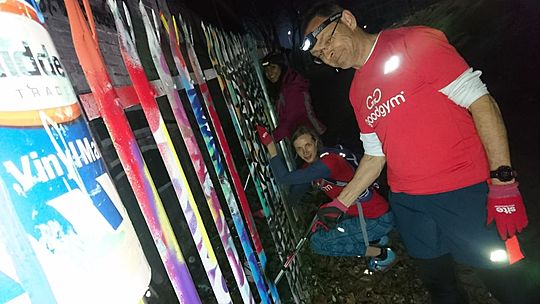 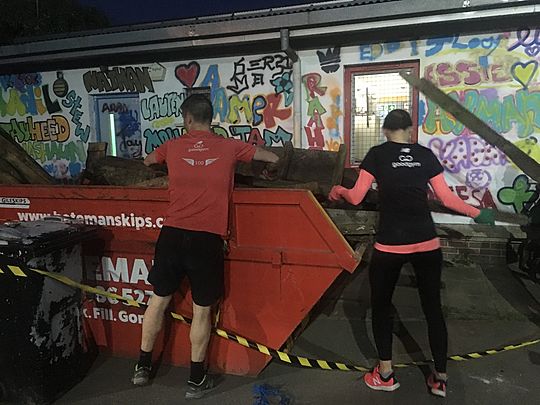 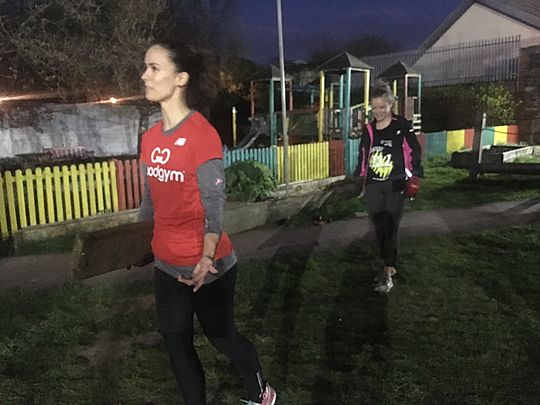 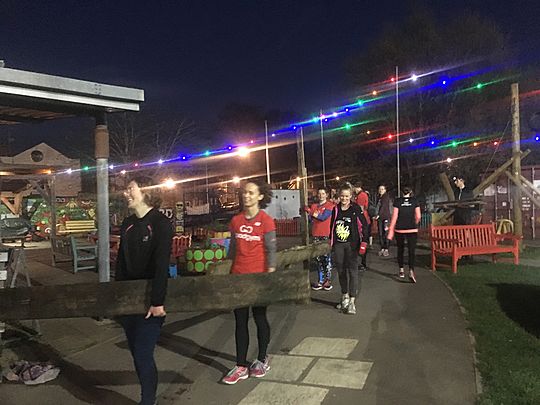 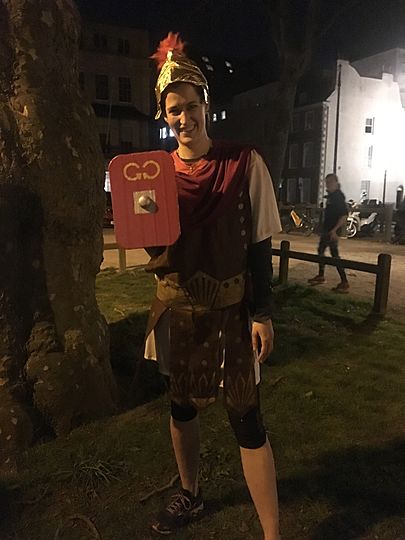 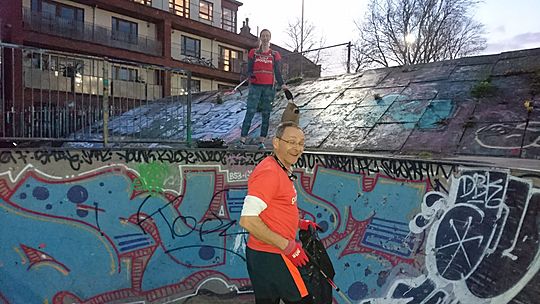 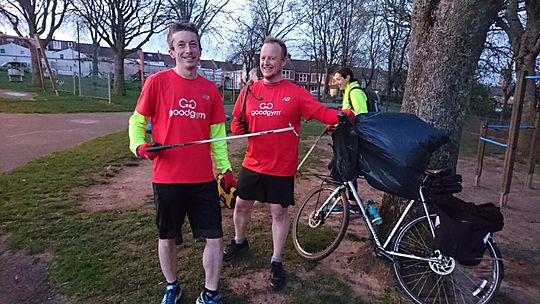 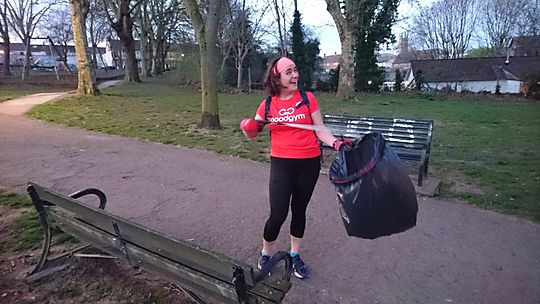 It was wonderful to see so many people tonight for our event ahead of World Earth Hour on Saturday. Especially good to welcome Richard, Alice, Alexander and Andy to their first GoodGym Bristol run!

Tonight was a cause for many a celebration as it was Zdeni's 100th Good Deed, which she has completed her past 50 deed for in just 3 months! Massive well done Zdeni, you are great!

Our first group tonight went to our regular task, Felix Road Adventure Playground. While our tasks were set up, the group started the longest Squat Jump Macarena (in my opinion, anyway). The Felix Road team were glad to see so many pairs of hands for the big, heavy work they had planned for us. They had hired a skip and the group first had to clear the skip of metal objects, which they can sell to make money for the charity and then clear a large wood stack and a whole area of wood, rubbish and more ready for the summer. The group split into teams and got the work done in just 20 minutes, much to the Felix Road team's amazement!

Next, it was time for our regular clear-up of the playground. Half the group got to work tidying toys and picking up litter. Meanwhile, the other half of the group did a 10 minute sprint leafleting session to spread the word of Helpful Peeps locally.

Before we left, it was time for a game of Cone Up, Cone Down (but which way really is up?). It was a neck-in-neck competition and the cones up finally took it with just one cone and some questionable rule-following.

Mel led the second group to Dame Emily Park to help them with a big litter-pick of the area. The group filled 11 big bin bags from around the park and only had to stop when there were no more bags left. Included in their pickings were Darren's bear, which was then held at picker-point with Darren.

This was in competition with Alice's bear which, although she had threatened to wear her panda onesie, had turned out to be a panda carrot cake to continue our World Earth Hour theme. The litter-picking crew got in their quick, but reports have it that it was the tastiest panda around.

Once Zdeni's group had conjoled her into her Centurion outfit, she also produced an array of amazing baking to add the party. We do love it when someone reaches a milestone!

Our final (sadder) celebration of the night was to say bye to Alex who is off to Pembrokeshire for the summer. We will miss you (and who is going to make the puns?!) but have an amazing time!