Any Sue will do….

9 runners ran 4.1km to help the Friends of St Botolphs Church in Worthing. 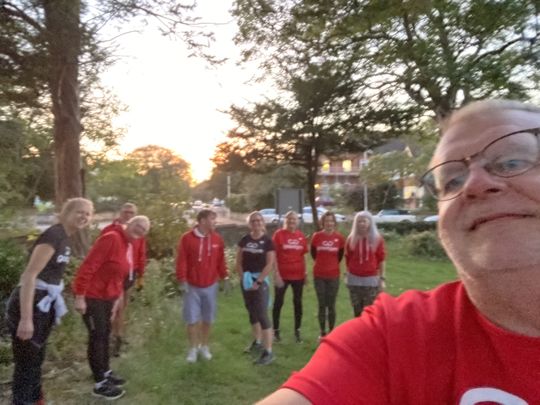 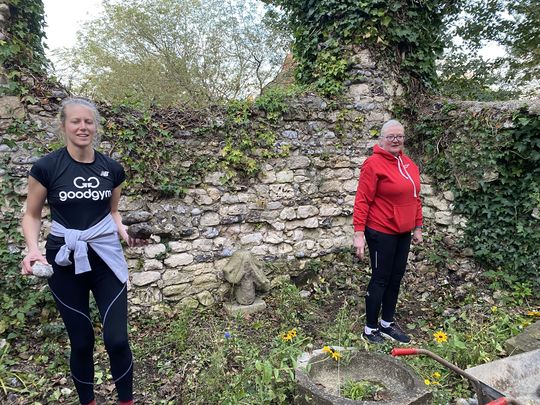 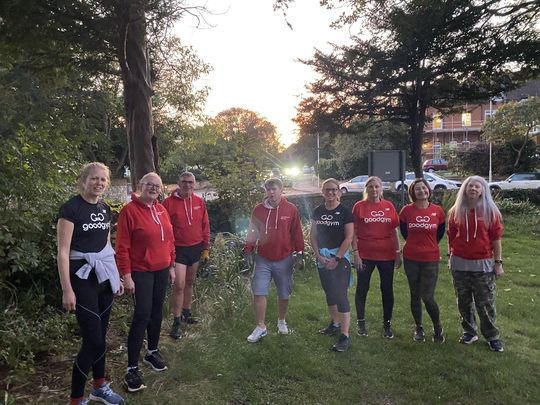 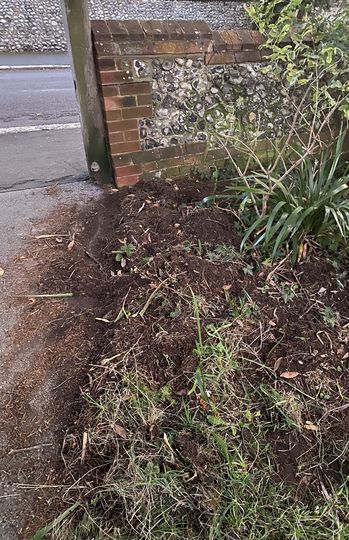 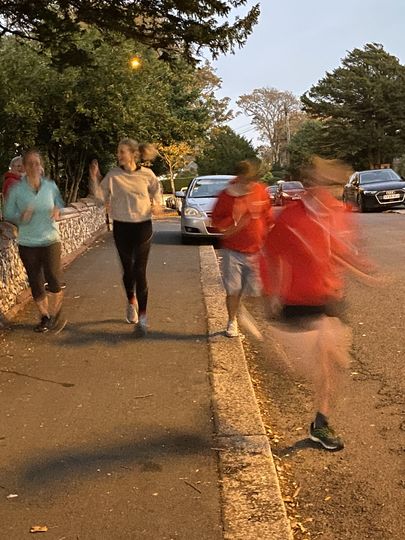 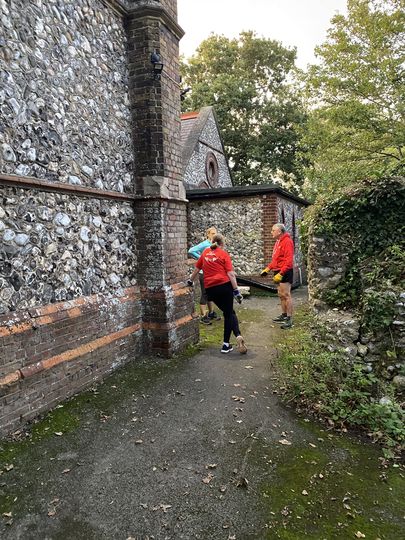 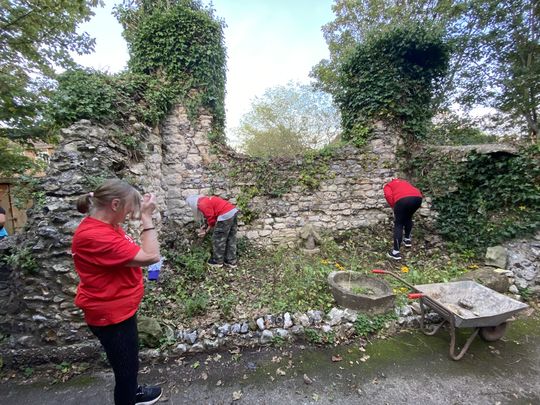 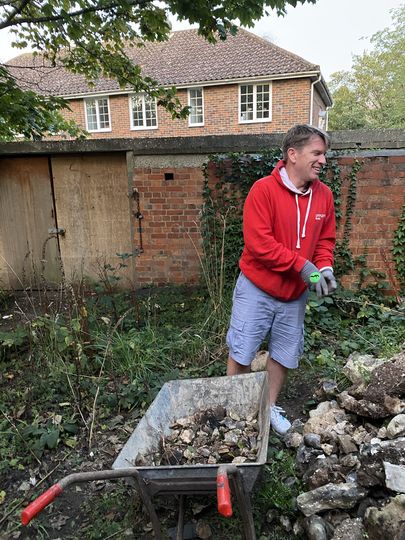 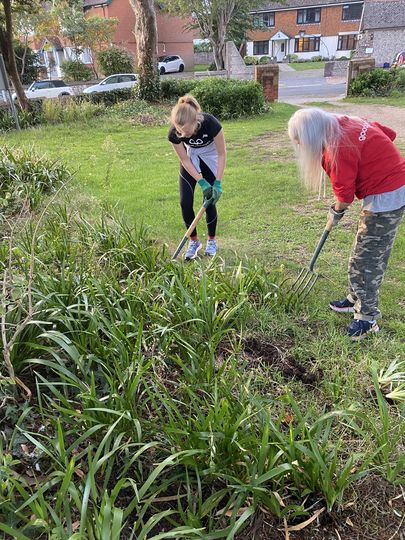 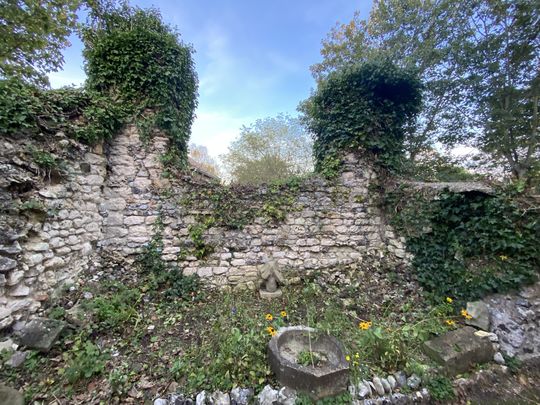 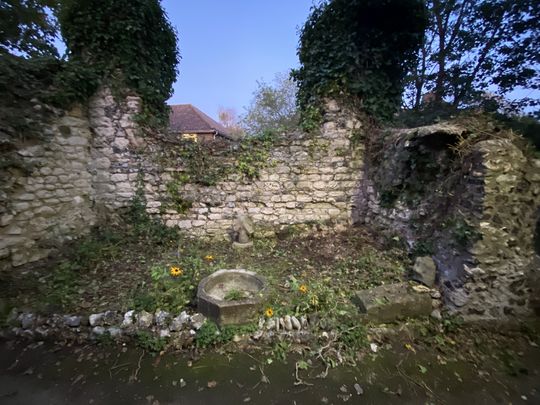 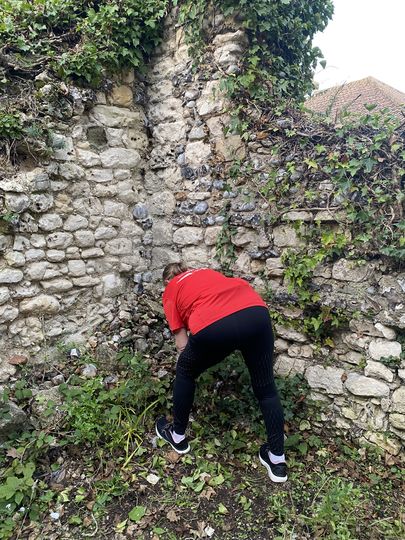 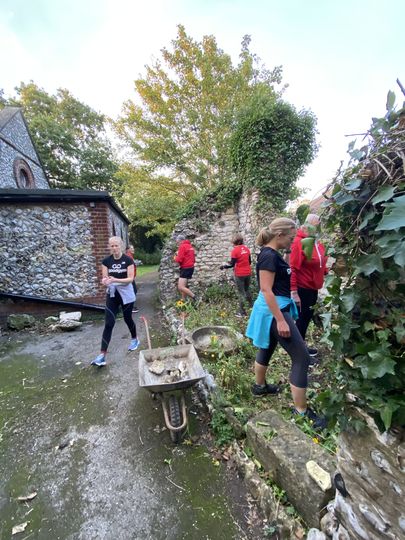 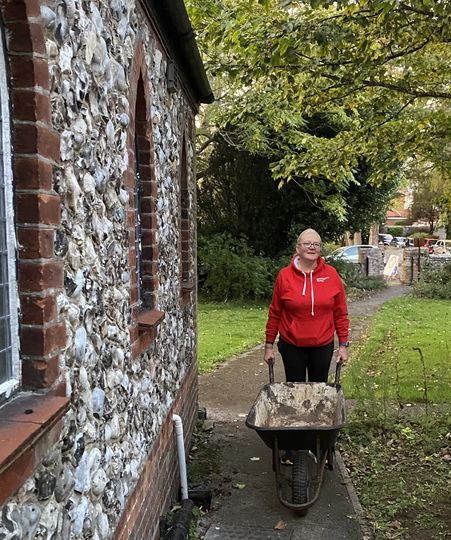 With the nights drawing in, the benefit of meeting at the task is becoming more apparent. Making use of the fading autumnal light the group got stuck in to clearing piles of stones from an area to make ready for future planting.

A breakaway group headed to the church grounds entrance to continue the work previously started, to remove more of the stinking iris which seems to spread like wild garlic (Barbara, this not so hidden message is especially for you).

As the light dimmed we drew the task to an end. Paul led a small, and very select, group off on a short run. As seen in the photo Paul and Duncan left at such a rapid pace the farewells were left to the much more restrained Anne and Ros.

Well done for reading this far (own up, who takes a quick glance and moves on?), but what's the title got to do with the turning of stones and the eviction of iris? Nothing to be honest, but today we learnt something important about GoodGym stalwart Duncan. He arrived slightly late, and Belinda introduced him to Sue, who she thought he'd know from parkrun.

Conversation moved to people's running achievements at the weekend (so many runs!) Belinda asked if Duncan had seen Sue's Brighton half PB. Duncan said , "yes, I'd heard. I thought I followed her on Strava, and it showed her doing the Royal Parks Half Marathon". It seems that for Duncan, any Sue will do. How amazing that they were both at the task today. Well done Sue and Sue for your half marathon achievements. Duncan, be careful who you follow....