21 GoodGymers made their way 4.0km to help the Get Cycling CIC in York. 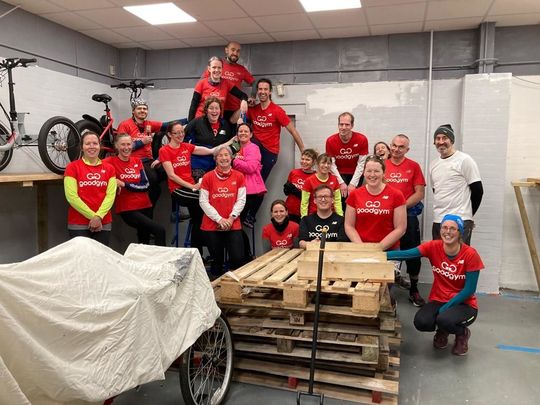 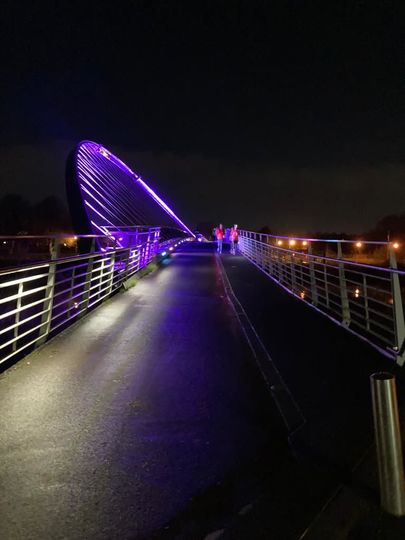 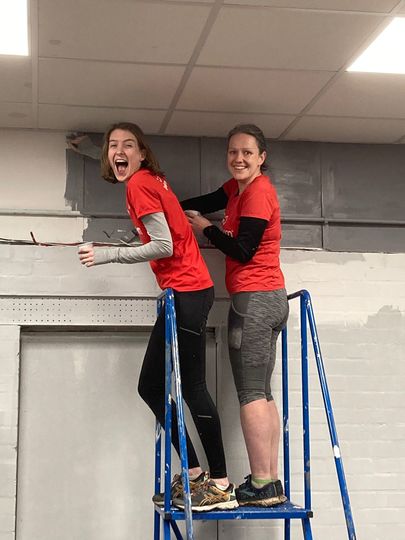 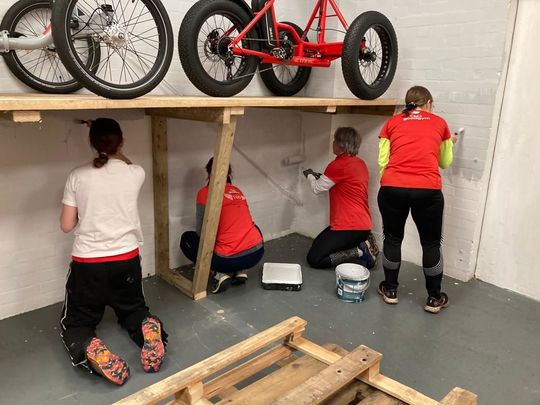 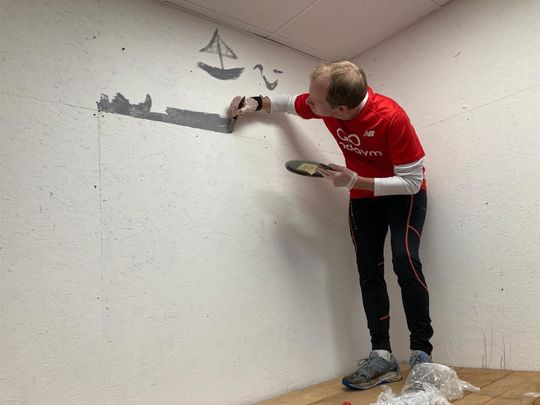 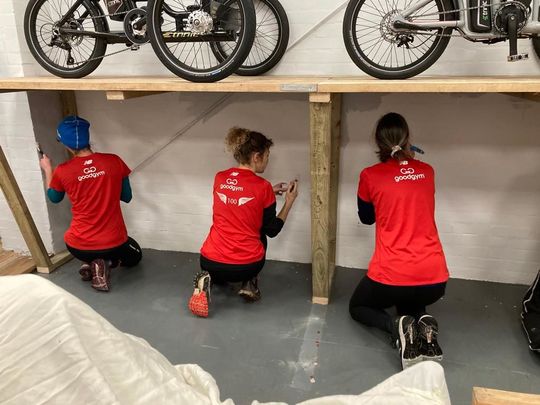 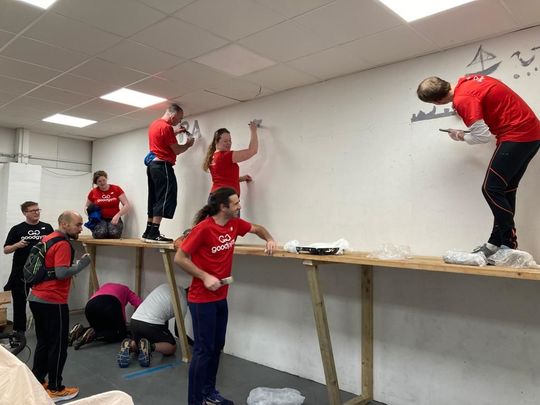 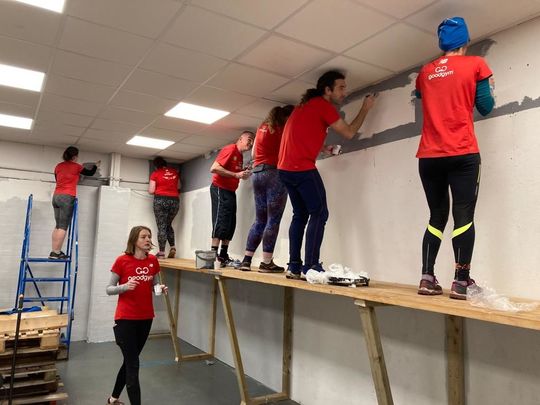 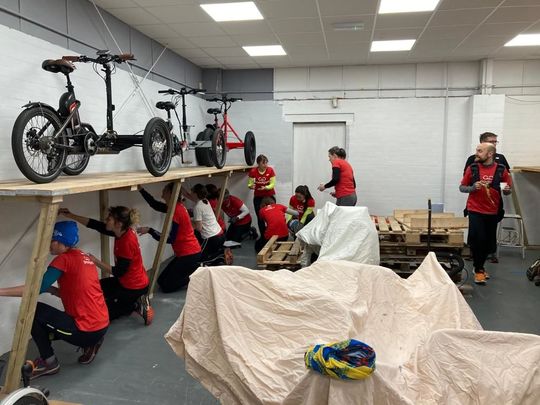 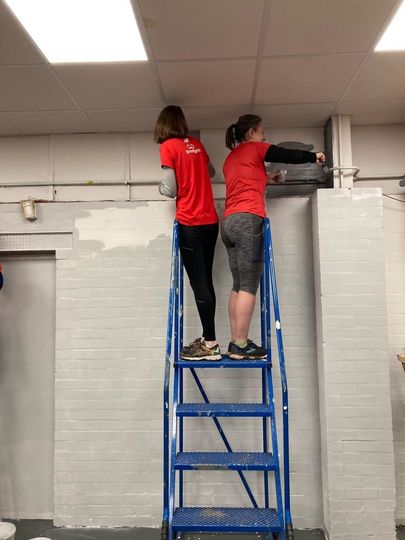 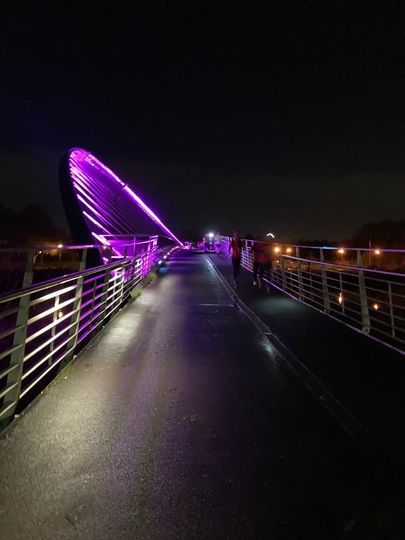 🥶 21 gorgeous GoodGymmers met on a chilly Monday evening for our weekly group run. We congratulated everyone’s impressive efforts at the 12ks of Christmas on Saturday and were thrilled to welcome Issy who was visiting from GoodGym Exeter (another ex-London GoodGymmer!) We were also delighted to welcome Neil for his first official GoodGym task (though most of us have met him before, once or twice, maybe) 👋

🤔 We named, numbered and warmed up whilst guessing what Max might have stolen from Vicky's house after the 12ks on Saturday. With guesses ranging from umbrellas to maps, it turned out to be a lowly clothes peg that fulfilled an important role of makeshift bike clip. Turns out Vicky doesn’t count her pegs daily (who knew!) so hadn’t missed it 👕

🏃‍♀️🏃‍♀️ After that jollity, Mitch led the run along the river to Get Cycling where we were greeted by Joanne who was very excited to have us back. She set us to work with high hopes that we could finish painting the shop, in various shades of grey. There was some impressive coverage, even with the smallest brushes. Sadly however, the shortage of light grey paint meant that we couldn’t quite finish it so we may be back to complete the job 🎨

🖌️ Some members of Team Light Grey gradually moved over to Team Kitchen, where they faced the even bigger challenge of painting white on white. Meanwhile, Team Dark Grey were cracking on and sharing platforms to paint the higher areas. Leanne and Abigail got particularly cosy whilst over on the larger wooden platform, they were experimenting with how many GoodGymmers’ weight could it hold?! Quite a few, it turned out 🤗

⚖️ This morphed into how many GoodGymmers could drape themselves off the step platform for our group photo. Max's slightly precarious position caused some concern but fortunately no one was hurt in the staging of the photo 📸

🧼 A few hands were tingling after some thorough brush-washing, which was also completed with gusto. And we did have to (almost) physically drag some GoodGymmers away from their masterpieces to have any chance of doing any fitness on the way back 💪

🌉 We said farewell to Joanne and stopped at Millennium Bridge for some strides as our fitness session. There were some great efforts and everyone looked very picturesque lit by the lovely bridge lights 👌

😁 And with that, it was time to head back to CVS and/or the pub. Thanks for all your help everyone, and hopefully see you next week 🙌

Leafletting for the Community Furniture Store