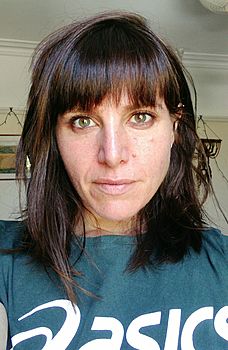 Whoop! We're back to see our very good friend Xanne at Emmaus's magic Tardis warehouse to do whatever needs doing - constructing, destructing, puzzling, cleaning and mainly wearing anything possible as a hat.

This is indoors, but in a very well ventilated huge warehouse - the enormous roller shutter doors will be open so there will be a gale blowing through the warehouse. Please bring your mask as well as your gloves :-)

It's that time of year when Bake Off warm loveliness is competing with GoodGym Bristol torrential rain loveliness.

11 fab GoodGym folk took the plunge to head to Windmill Hill City Farm - Alice led a group on an extended run to the farm with Clo back-marking whilst Darren led a group running directly there, with Chris L back-marking and the two northerners showing everyone that its still shorts weather. They were the first to arrive and set up to rake leaves to clear paths and make brilliant leaf mould for next Autumn. We were going to weed the orchard, too, but that was going to make a mess of the place whilst the raking would be tidy!

I'll be honest, it was pretty difficult to get good photos but lots of hardwork meant three bags of leaves weren't on the paths and wildlife garden anymore, hopefully most of the woodchip and gravel was left behind on the paths.

The Wednesday morning crew can check we managed to collect up everything from the shed...

When we'd all got thoroughly soaked and the tools cleaned and put away, Darren led the group on an impromptu harbour loop to finish after presenting Valè with her Nodist badge for the club of those people who've walked the 45km route over all 45 of Bristol's bridges-over-water for Darren's virtual London Marathon.

Hopefully it looks good in daylight!

Valè Pico signed up to a party
Party

IT'S CHRISTMAS! Okay not quite but we have decided on our Christmas Social, come join us! We will have a meal together (venue TBC) and then head to the Wardrobe Theatre at Old Market to watch "Little Women in Black" for the 19.45 showing. This is a mash-up between Little Women and Men in Black. We have previously had a few socials to the mash-up parodies at the Wardrobe Theatre and they are very random but usually hilarious!

Desperate to seek out life beyond their 1860s Massachusetts homestead, the four March sisters are impatient to prove themselves. But after an inadvertent close encounter, Meg, Jo, Beth and Amy are on an intergalactic collision course with the worst scum in the universe and now the sisters must swap their needlework for neuralyzers and pageants for massive laser cannons! These little women want to change the world, but first they’ve got to save it…

There's the option to just come along for the meal beforehand or just the theatre. I will confirm where we are having the meal once I know rough numbers. Let me know if you're only coming to the theatre so I don't include you in the table booking.

BUY TICKETS NOW!!! It is a small theatre so please buy your ticket ASAP to avoid disappointment. You can buy them here.

I hope you can make it, it should be a great fun evening!

We have an evening visit to the farm! They need lots of weeding doing, and we can have a sneaky peak at which of the residents are still up and wanting attention. It's an amazing space that does lots for the community - we also have regular pre-work Community Missions on Wednesday and Friday mornings, 0800-0845.

Paint no brush we didn't use

It was a lovely evening to be at the Southville centre, with some of us opting to follow Alice D on a longer route around the harbour on our way and some following Maria on the direct route.

The theme of tonight's task was brushing! Some of the group were sweeping up leaves (broom), others were removing other debris (dustpan and brush) and the rest of the crew treated the remaining woodwork (paintbrush).

It was great to take a step back and look at the results of our efforts. The outdoor space is looking brilliant! We all opted for the shorter route back to Queen Square, chatting as we went and deciding what to have for dinner.

It was wonderful to have Hilary join us from GG London. Huge congratulations to Maria who recently smashed the Green boy ultra marathon :)

P-p-p-pick up a paintbrush

This is a group run - we’ll be running or walking from Queen Square to the task, and back again afterwards

We’re going to be painting outside, weather permitting - remember your mask in case we get moved indoors! And bring your own gloves if you're wanting to wear some.

We may get to paint the top of the roof of the pergola - what could possibly go wrong?!

Help Bramble Farm get ready for an open day

Help Bramble Hill Farm get ready for the Get Growing trail. We'll be helping tidy up the farm and making it look as good a possible prior to the open day on the 18th September.

P-p-p-pick up a paintbrush