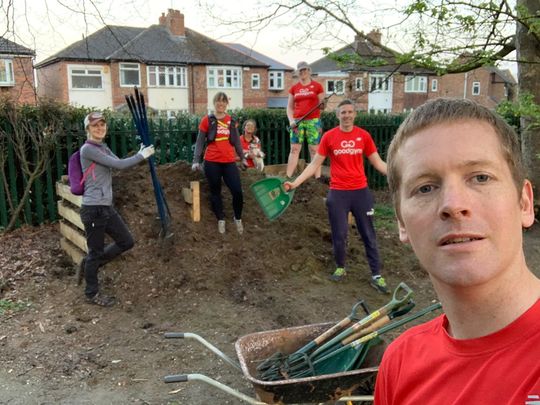 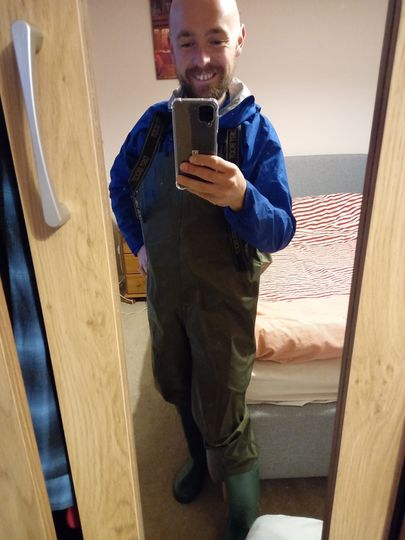 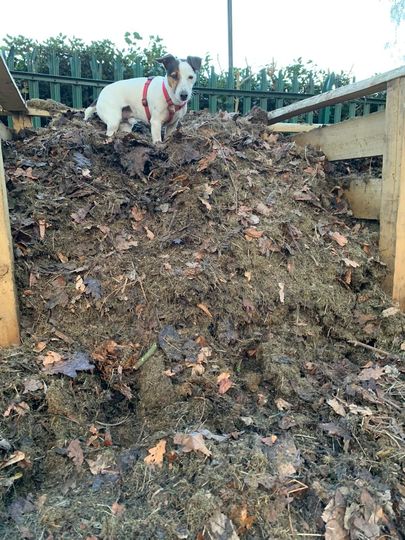 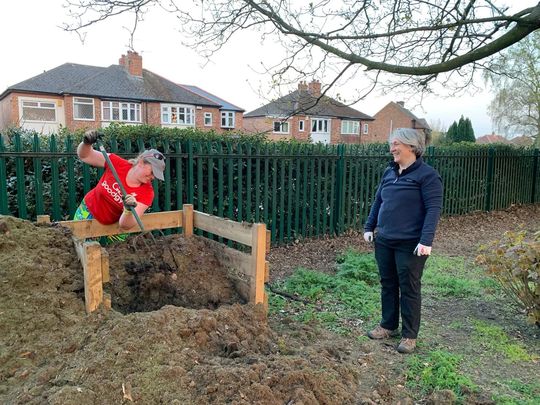 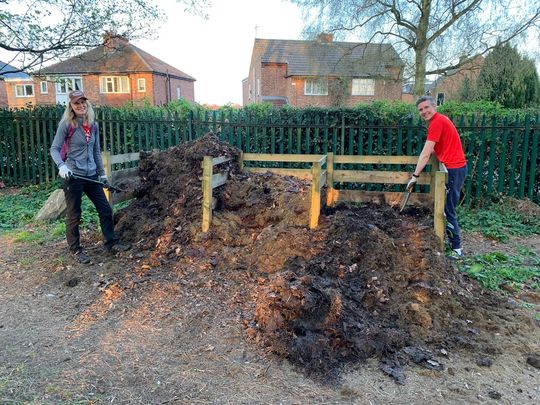 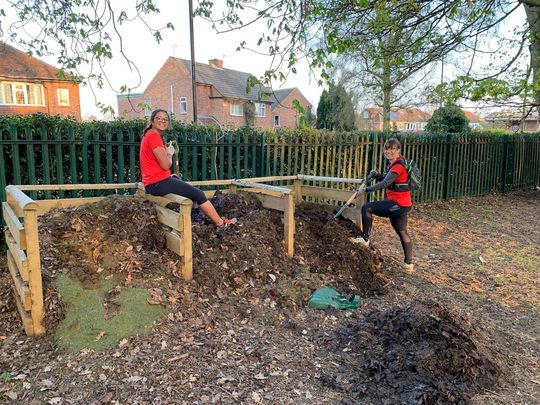 The lovely Kristina had asked for our help with the many many compost bins that line West Bank Park. This was deemed a double-size task so we had two completely separate teams meeting at different times to receive their instructions.

Team 6:30 with Ellie gave us this report:

The task was to turn over 4 out of 5 of the compost bins of leaves, and harvest the lovely compost from the final bin (after removing a layer of leaf litter). Barbara, Tom and Kay volunteered to go in one bin, described as “squishy” and “a trampoline” and quickly began turning over the sections in a methodical cycle. Tom then started harvesting the compost from one section of the second bin, which Abi had dutifully scraped the top layer of fallen leaves from, and barrowed it back to the park entrance to be used elsewhere. Meanwhile, Ellie turned over the the other half of the bin, making an increasingly big pile at one end (with Abi’s help). Eventually the midges got to be too much and when there was more swatting and itching than digging, it was time to call it a day.

Meanwhile team 6:45 were at the opposite end of the park.

We had 3 triple bins overflowing with grass cuttings from the bowling green, 5 forks, 3 rakes, 1 wheelbarrow, 1 set of grabbers and 1 Jack Russell. Our task was the turn the compost as best we could, mixing the grass-heavy matter with further leaves from the bays by the playground to give a better composition.

Amy C decided it would be quite nice not to work with Ed for a change, so Amy T drew the short straw and proceeded to show him exactly how it was done. She rapidly had one bay half-turned, whilst Ed pawed feebly at the top of his with little impact. Laura and Amy C headed up to the next set of bays and set to as well, no doubt also making much better progress than Ed.

This left Debs awaiting a tardy Michael (a role-reversal from normal; some excuse about picking up children), so it was decided to go and collect some leaf deliveries for the other bays before starting on our own. Fortunately he arrived just in time to learn that leaf grabbers pick up dry leaves brilliantly, but are poor at partly degraded ones. However the one fork we did have (pitchfork-gardenfork crossover) was brilliant, and showed itself to be the tool of choice for all tasks. We deposited a barrow of leaves to each pair, with the difference in effectiveness between Amy T and Ed only becoming more apparent. Laura and Amy C were well underway and seemed to have a nicely heterogenous compost mix already, but Michael dumped some leaves there anyway to be safe.

We finally started attacking our 3rd trio of bays, and felt the impact of only having one fork. With practice though we perfected the technique of raking off the grass, turning the compost with the mega fork, then alternating putting the materials back in as well as mixing with the bays to the side. A lot of the time it appeared we were just making a mess, but it was in fact effective. No organic matter was thrown at any persons honest, but let's just say that Michael's aim is rubbish.

Fergs did his best supervisor role, alternating between the different bays, and auditing them for quality. At bay 2 the tops of the piles were carefully inspected, whilst down at bay 3 he kindly took care of any stray sticks that had erroneously made their way into the compost. With time approaching Kristina was wondering whether people needed to stop, but we convinced her that if we didn't tell them it would be ok... That extra 10 minutes meant that practically all bays were turned successfully and (almost) tidied back up again, leaving not too much for the follow-up volunteers to tackle. A quick group shot later, and we headed back to the hut to put the tools away. Much compost was removed from inside shoes, and once again Ed made a mess all over the path. Typical.

Side note; a distanced Mitch collected some waders for work, and this lead somehow to a discussion about whether it was better to be functional or a peacock. No surprise whatsoever that Ed is most definitely a peacock.

Just a slight essay from one of us...