10 GoodGymers made their way 3km to help their local community in Hounslow. 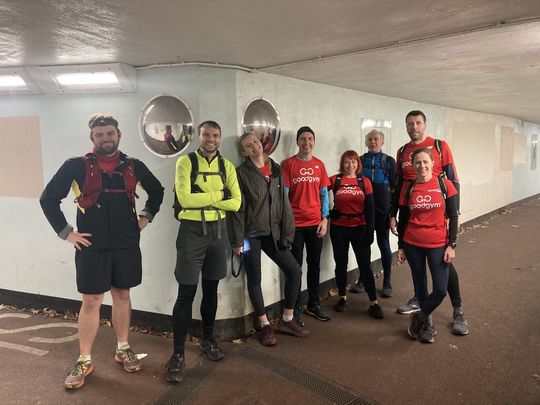 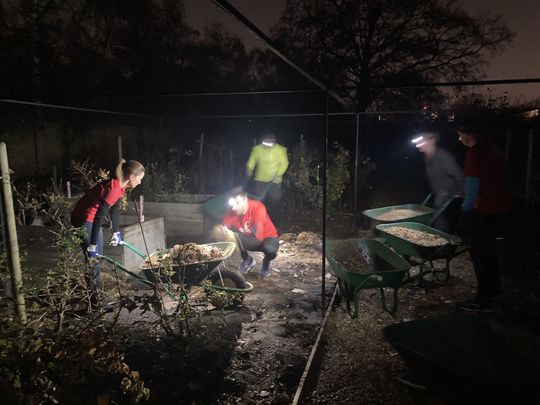 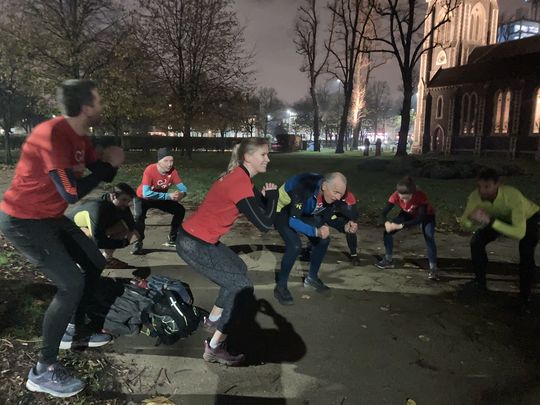 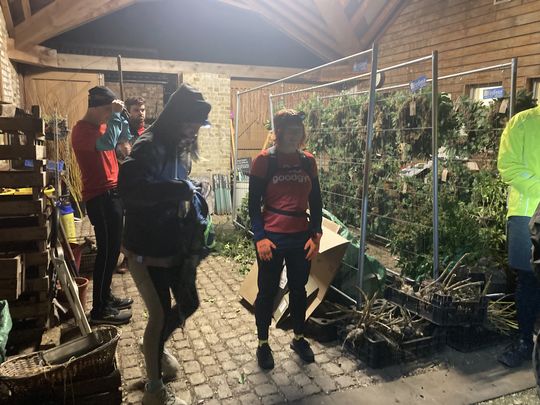 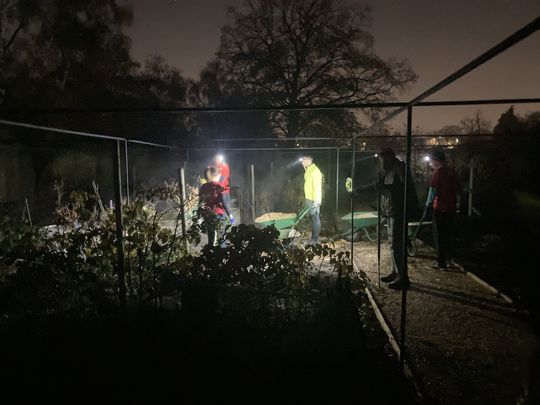 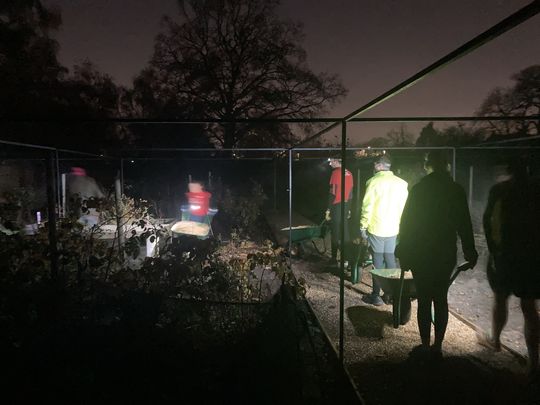 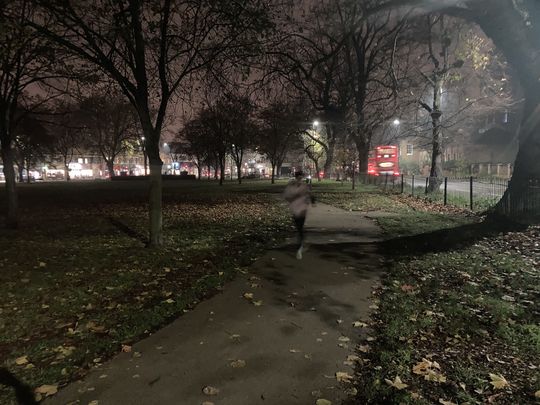 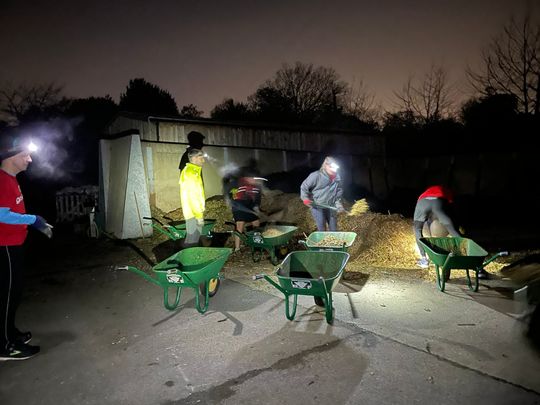 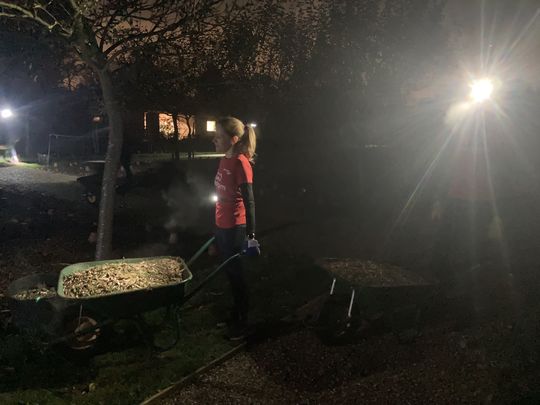 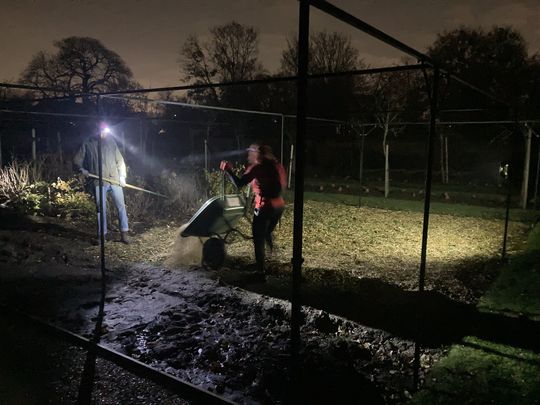 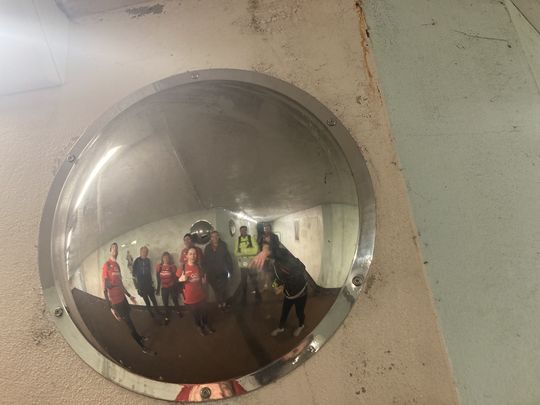 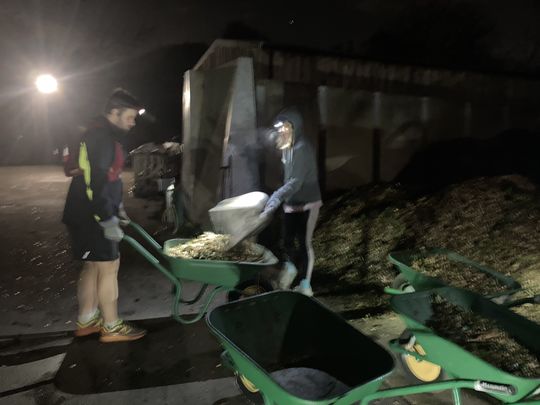 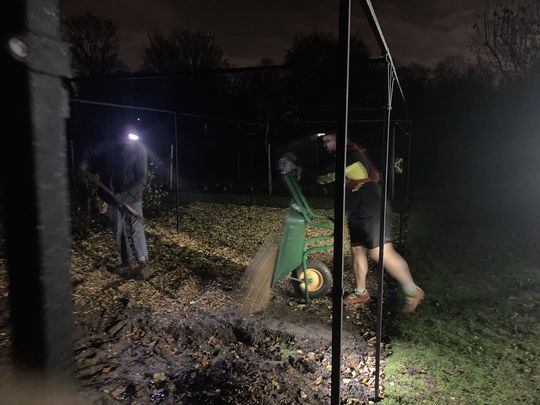 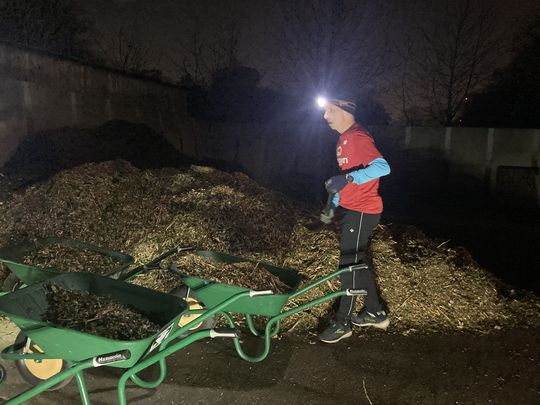 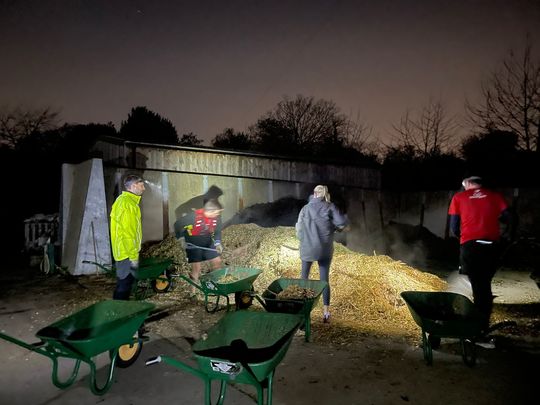 Astonishing, lovely, charming, kind and large. To kick off last night we tried to think of adjectives to describe ourselves starting with the first letter of our name - why not have a look at the register and try and match the description with the GGer?!

There was a chill in the air, but we were not to be deterred and after a quick warm up we headed off for Chiswick House for our task in the community kitchen garden. We arrived at the gates to see the figure of Gardener Stephen striding towards us through the mists, and followed him to the garden.

He had helpfully laid out a fleet (a convoy? An armada?) of wheelbarrows and more spades that you could shake a headtorch at ready for our task.

While one group got busy destroying (our strong suit) some old raised beds, the rest of us grabbed tools and began shifting woodchips - and a good job too as it is officially Leticia's favourite task!

Soon we were working like a well oiled machine, and Michelle suggested we need some sort of air traffic control system to guide the wheelbarrows in as they came thick and fast.

After 40 minutes of hard work and many sets of numb fingers we waved goodbye to Stephen for the year and headed over to the park for a fitness session where we found out all sorts of new things about each other - like who had bungee jumped before, who had been too drunk to eat Christmas Day lunch, and, unbelievably, who had never run a parkrun before. Time for some New Year's resolutions to be made? Oh and we threw in some sprints, squats and lunges for good measure.

Next week we're going to be doing an important job spreading the word about the fabulous That's A Wrap drive, which aims to provide every child living in poverty with a gift this Christmas. Sign up for all the fun and fitness right here. Now it's officially December (just about), it's time to put some good festive purpose into our workouts!

Area Activator for Wandsworth and Hounslow. All things running. For fitness, fun, racing and to feel good - and for everybody!