The Ward of the Rings: The Two (Hospital) Towers 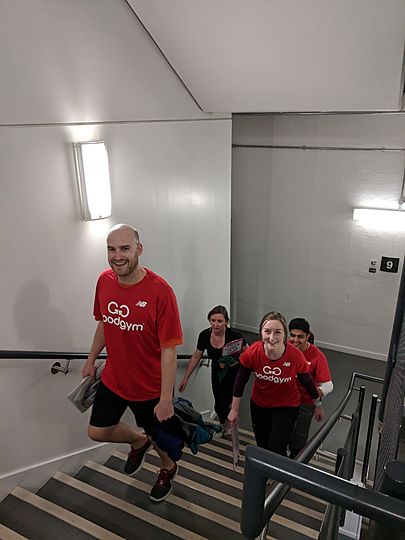 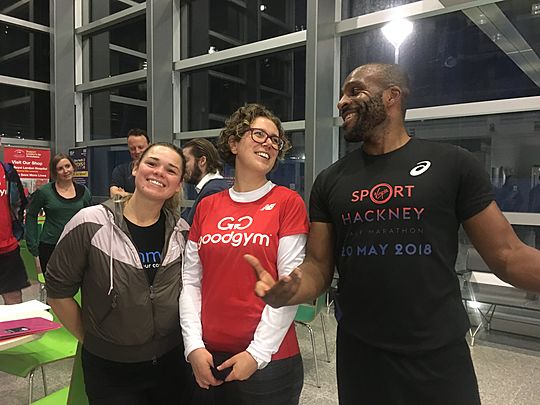 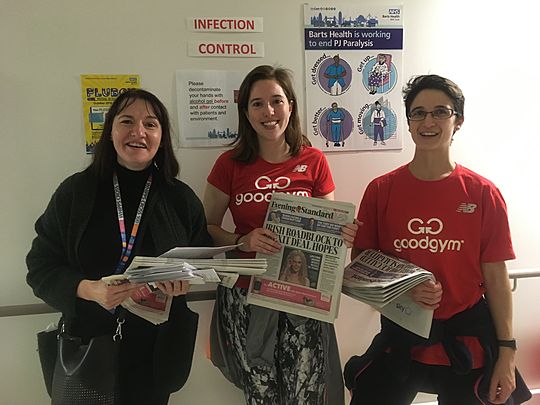 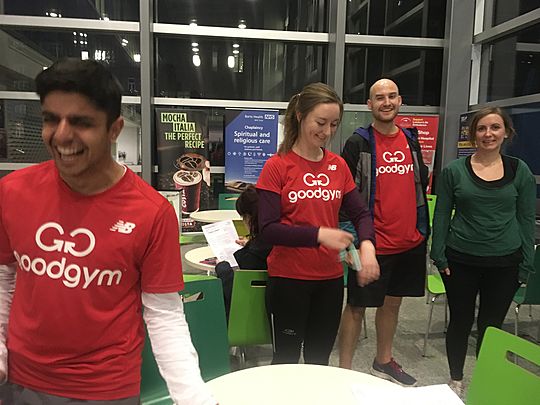 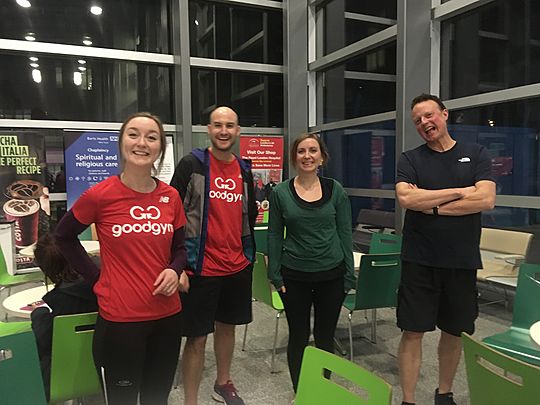 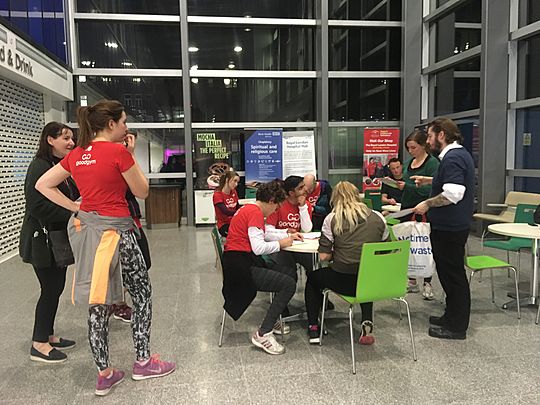 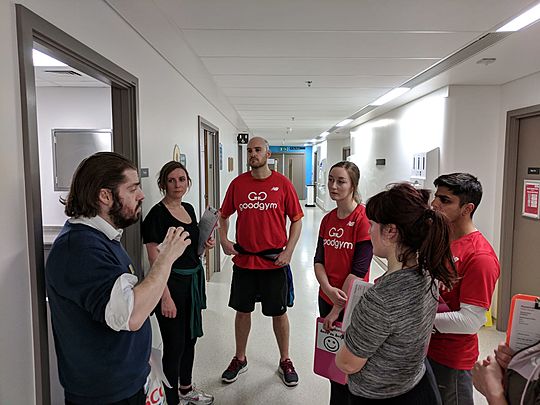 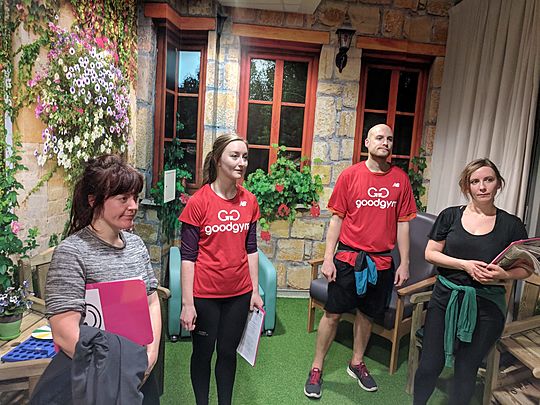 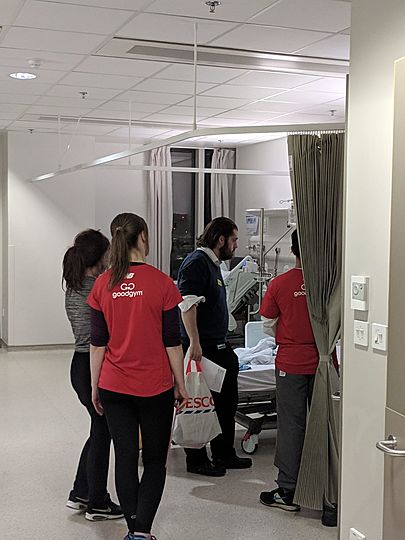 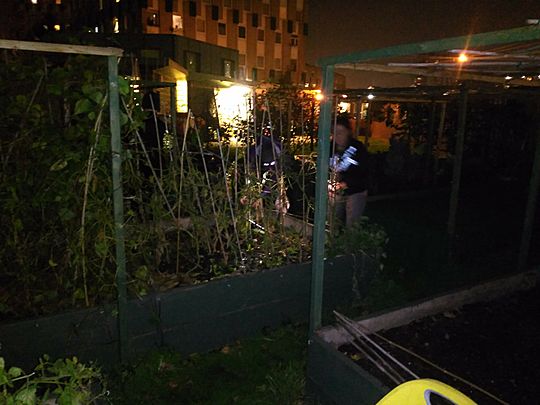 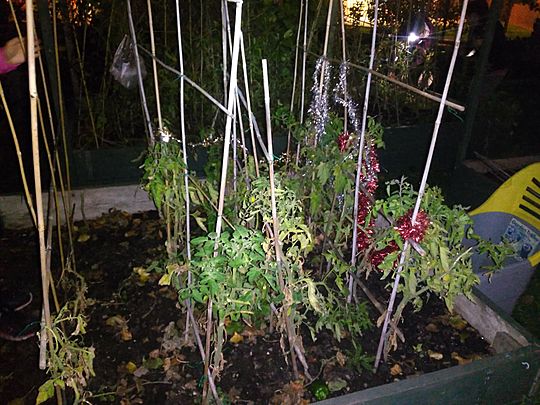 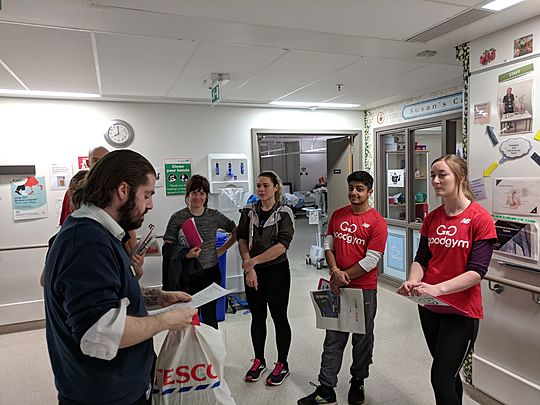 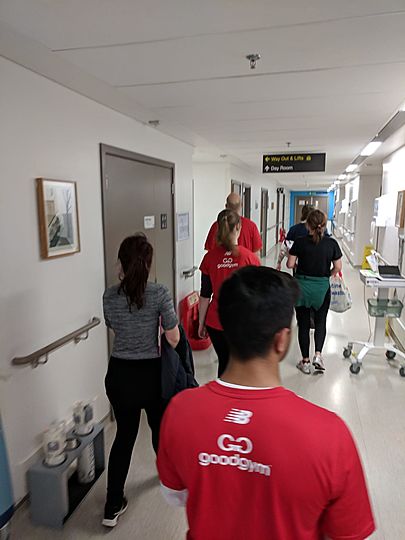 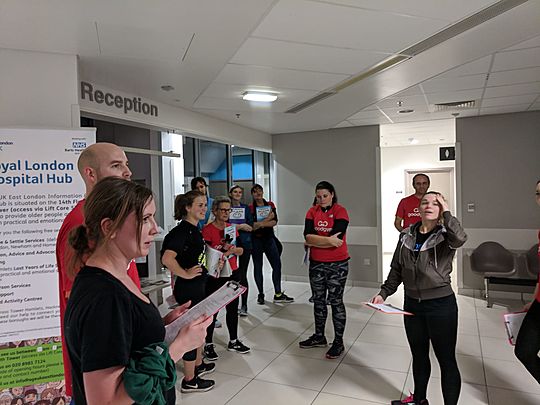 Task force to the rescue

It was a feelgood factor like no other tonight as a large group of runners gathered on the steps of our lovely hotel to warm up for the evening’s run. Task force came to the rescue as several of the runners were called away to an impromptu medical emergency from a nearby local resident. Leanne speedily stepped in to lead the 18 runners down to the Royal London, while Bryon was already leading the task to the Cranbrook Community Food Garden. And thankfully Joel was already navigating the Royal London route, having previously responded to my route SOS (“Calling all runners who can show us a Low Traffic Light Route”), so as I remained with the three runners who were providing life-saving assistance to the local resident, the teams were led quickly and competently to our tasks.

Bryon and the team accomplished a lot at the garden, painstakingly taking tomato and runner bean plants out of their soil, and removing plenty of fiddly bamboo sticks and wire ties. Janet the task owner was over the moon, messaging me at 10pm to say, “They worked so hard! They were a delight tonight. Thank you.” And having completed their task very promptly, proceeded to put their additional time to good use, with Bryon taking the team on a detour back to the hotel, squeezing in some additional miles on the cardio clock.

…And accomplished a lot at the hospital

Meanwhile at the Royal London, teams were divided into two main tasks: one large group continued last week’s training with task owner Nancy and Richard heading onto the elderly and dementia wards, while a further two teams were dispatched to deliver Evening Standards, chaplaincy packs and Friends and Family Tests papers to multiple wards, zig-zagging between the two towers of the hospital, navigating the somewhat complex lift system.

And then it was gone 8pm and we were heading back to base, with Chi leading the pack at a respectable speedy pace for those who fancied a fitness boost to end the evening.

What a night. BIG GROUP RUN SHOUT-OUTS tonight to: our wonderful task force members Leanne, Bryon and Becky for leading the runners to the tasks, and thinking on their feet with marvellous Plan B’s; Joel for jumping in with a brilliant new Royal London route; Chi for our end-of-evening fitness kick, and Stefaniaand Bryonfor lovely pics. And to Lisa, Polly, and Sophia, for your role in helping to save a life this evening. Thank you for putting the ultimate Good into GoodGym.

Coming up: our social on Thursday (and back to Weaver’s next week)

Onwards to the rest of the week, and on Thursday we’re kicking off our trainers and letting our hair down as we head to the GG social, which we’re co-hosting with Hackney at The Star of Bethnal Green! Do come along, even if just for a quick post-work pint – more details can be found here.

And next week we’re back to the adventure playground, where Alex has a variety of the usual fun tasks for us, which will be followed by a challenging Autumnal Abs session. Come and join in the fun!

In the meantime, have a really great week everyone, and hope to see you very soon.

Yep, Tower Hamlets GoodGymers did REAL good last night. Amazing stuff from the whole team. Thanks for the encouragement, Alex.