The invasion of the bluebells

5 runners ran to help the Samye Mindfulness and Well being Centre in Cardiff. 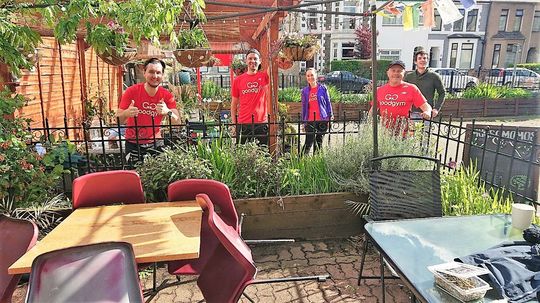 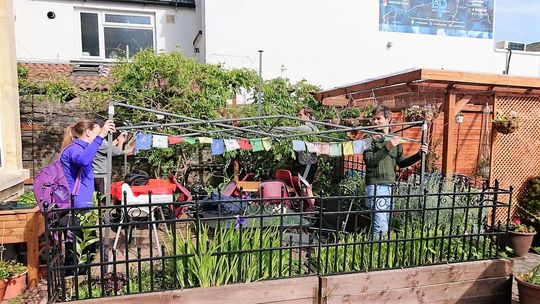 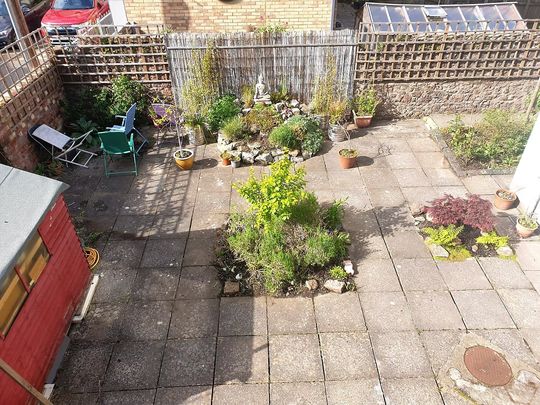 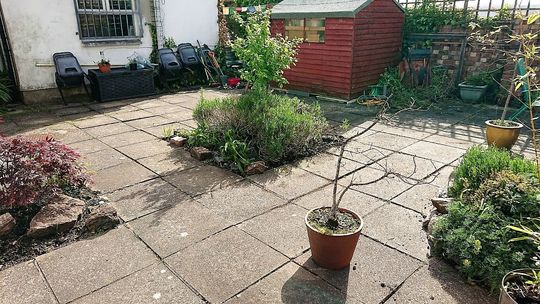 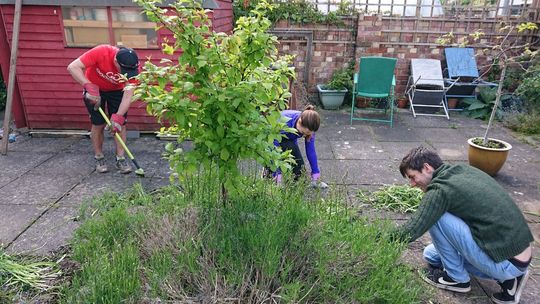 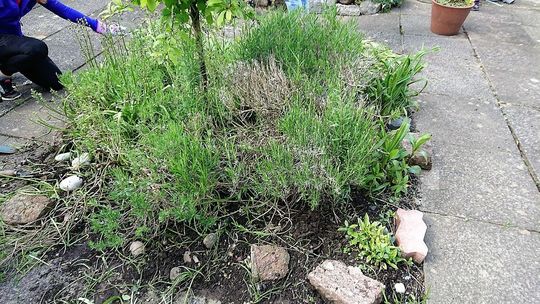 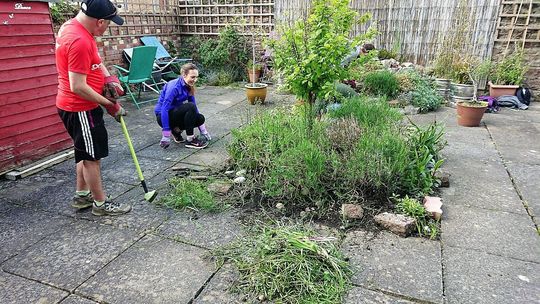 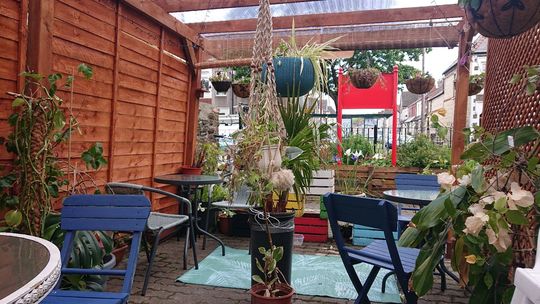 We had not been back to Samye since the end of lockdown so there was plenty of new things to see, so Michael decided to go earlier and grab a coffee from the café. Darren turned up next a bit earlier so they sat together and chatted for a while in the oasis of the outside covered seating that we had painted on our last visits in 2020.

Once David, Laura and Martin arrived it was time to get to work in the back garden. Lorraine had already explained what needed doing to Michael whilst they were getting the tools out of the shed, so it was time to pick up tools and get busy. In between the paving needed cleaning with the weeding tool, and the Spanish bluebells had to be dug up and removed from the garden. They had been allowed to flower as they had looked nice, but they are an invasive species and can overrun a space if left to their own accord. Finally, the valerian was growing again on the walls, it is roots can destroy a wall if left to grow too much so they also had to go, butterflies do love this plant though so they can be helpful too sometimes.

After an hour we had produced a good heap of weeds which Lorraine was going to deal with another time, and now it was time to make our way back to the seating out front for the usual Samye spread. We had vegan cheese toasties, tortillas, strawberries, and lots of squash to drink. We all had a great time seeing each other again and catching up with Lorraine.

They were Spanish bluebells........ maybe it'll be the Spanish police?