19 runners ran 5.0km to help their local community in Greenwich. 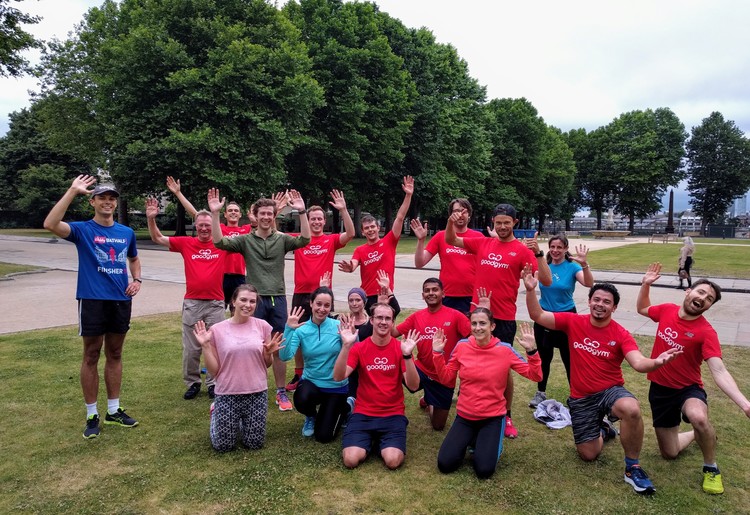 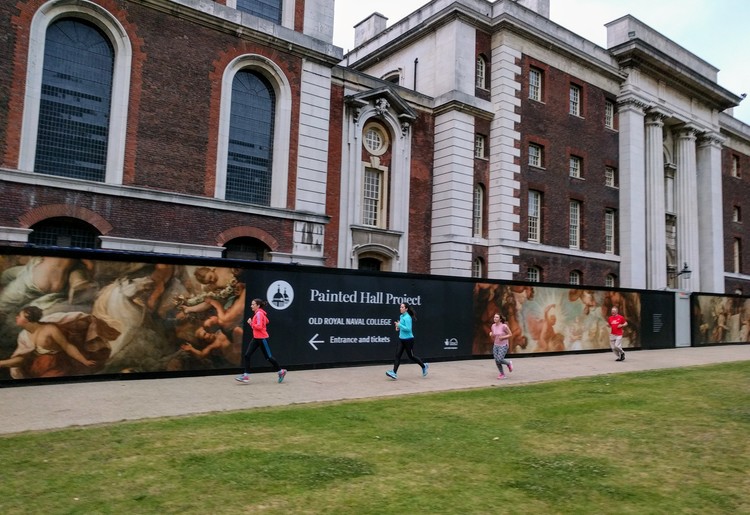 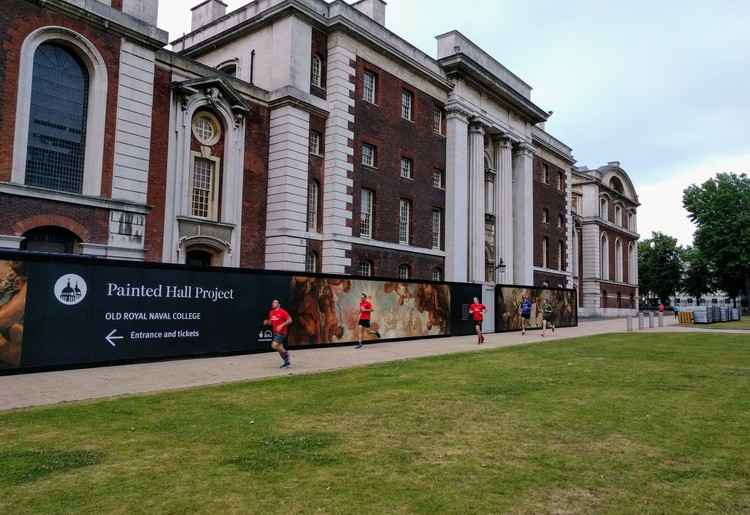 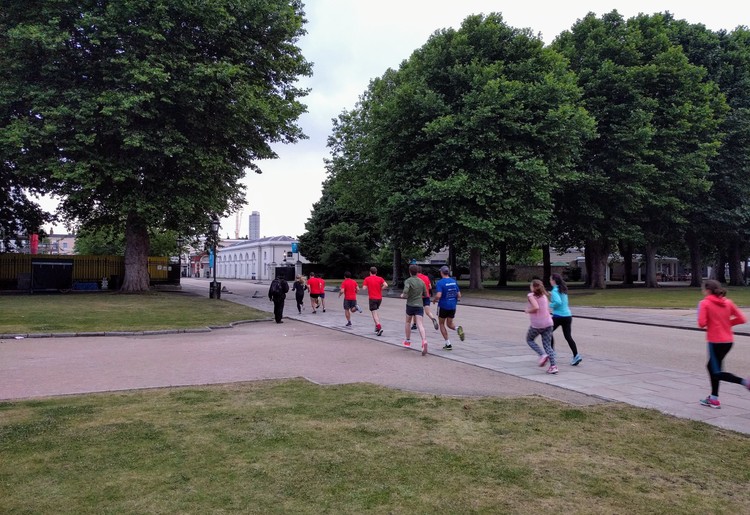 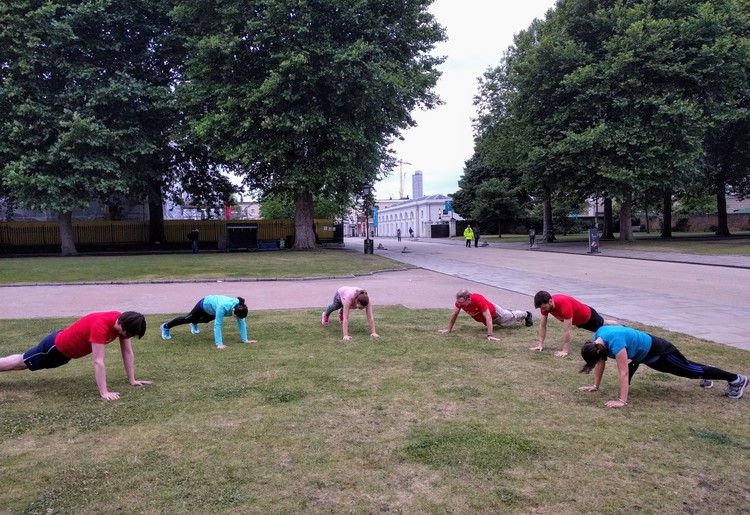 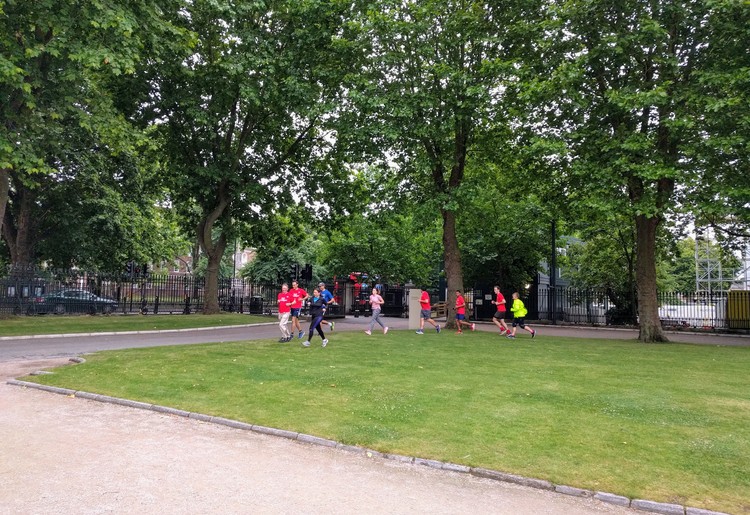 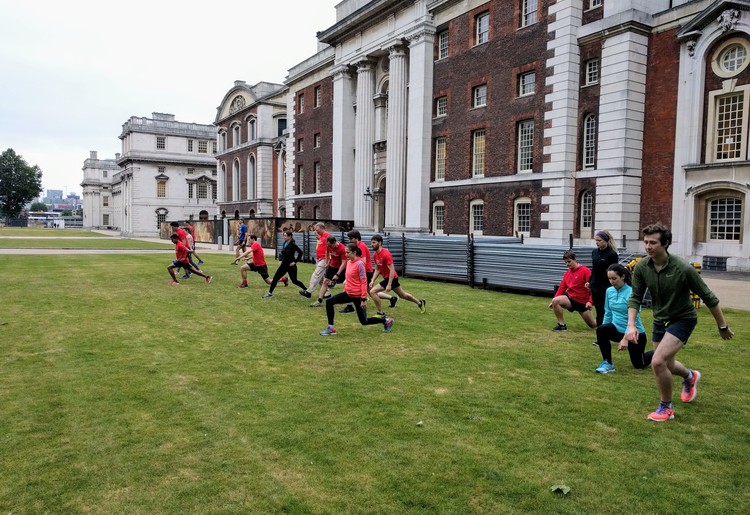 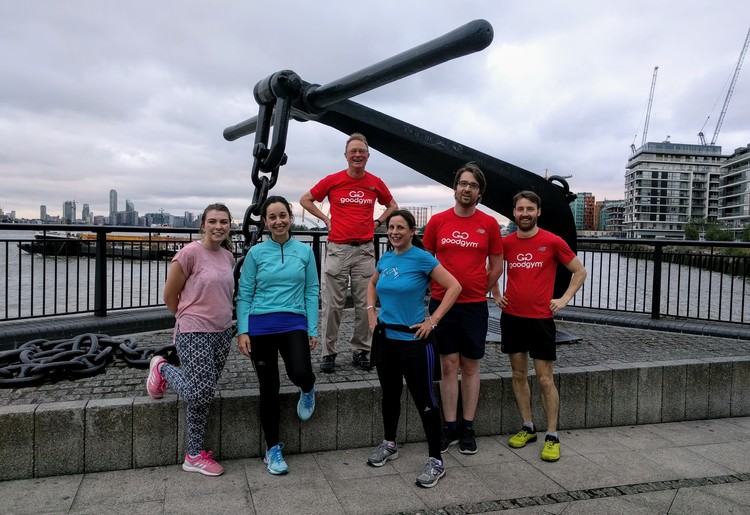 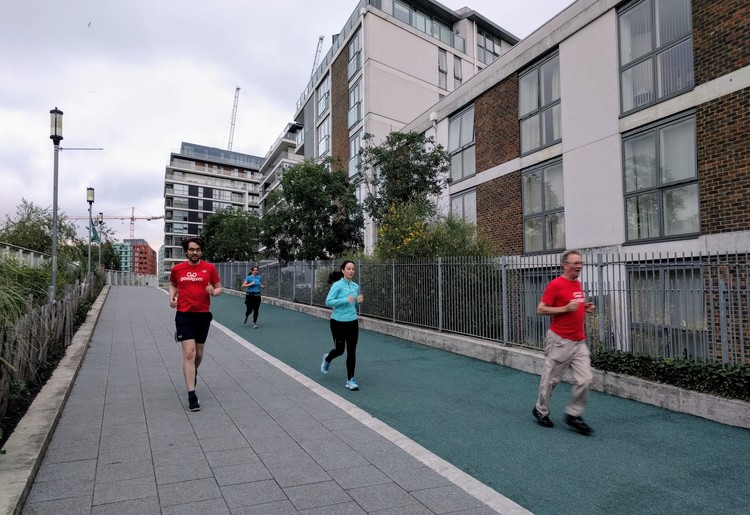 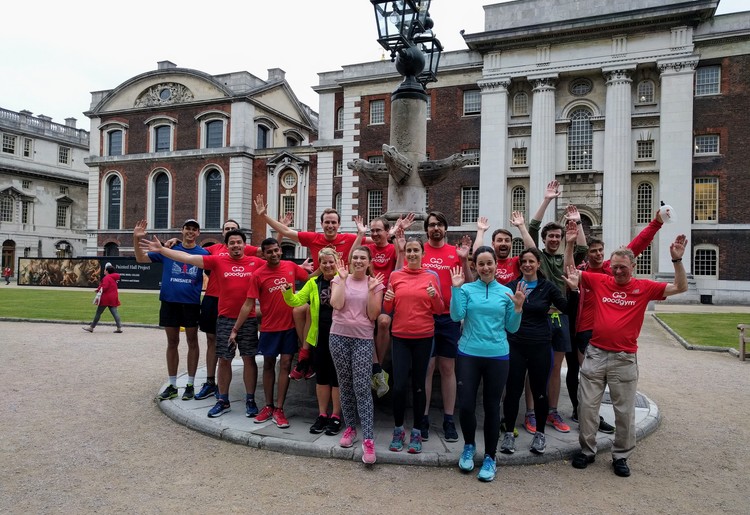 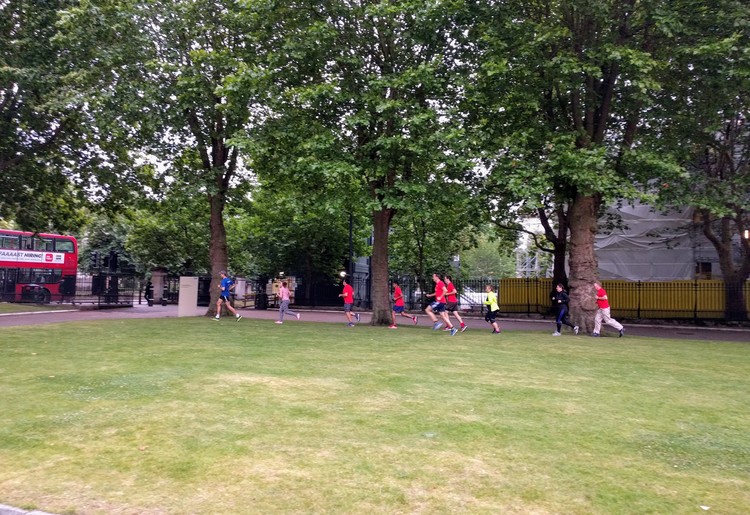 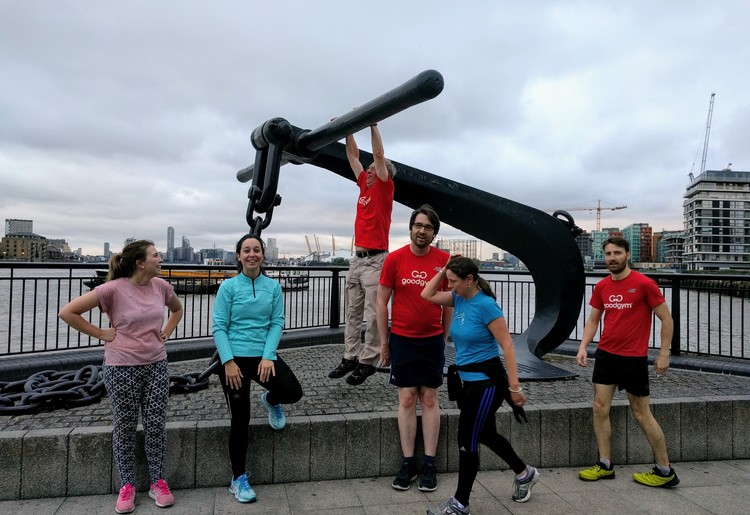 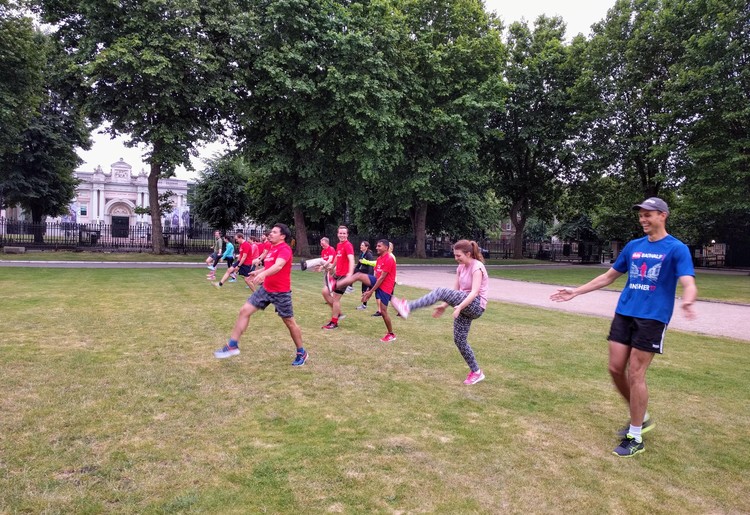 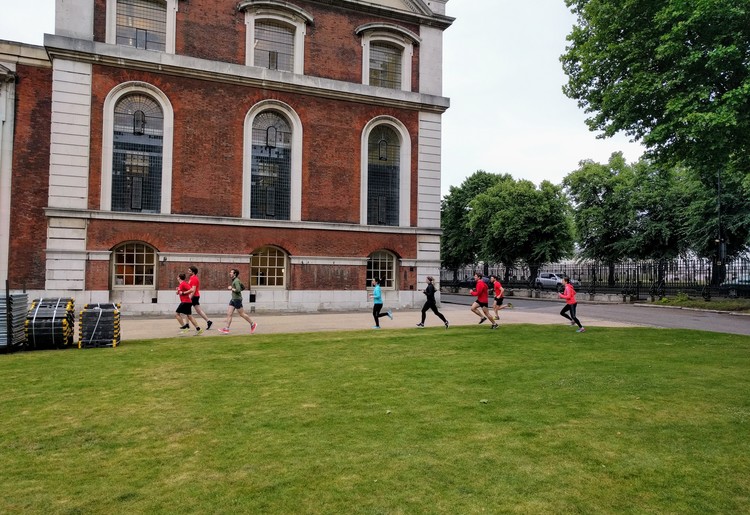 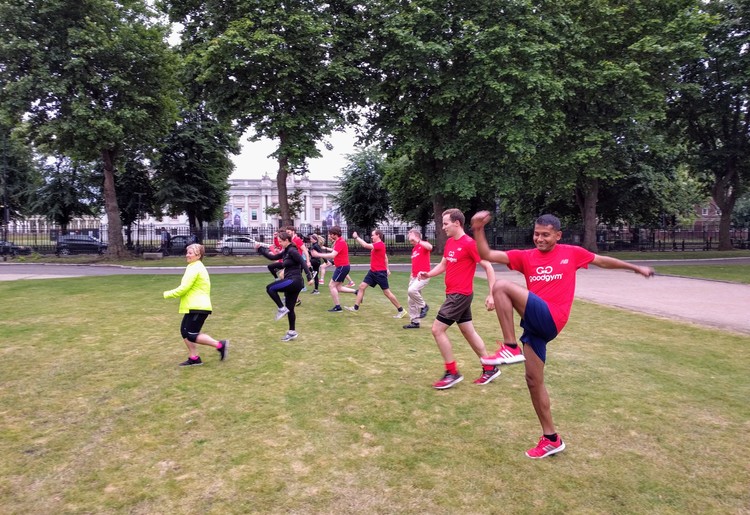 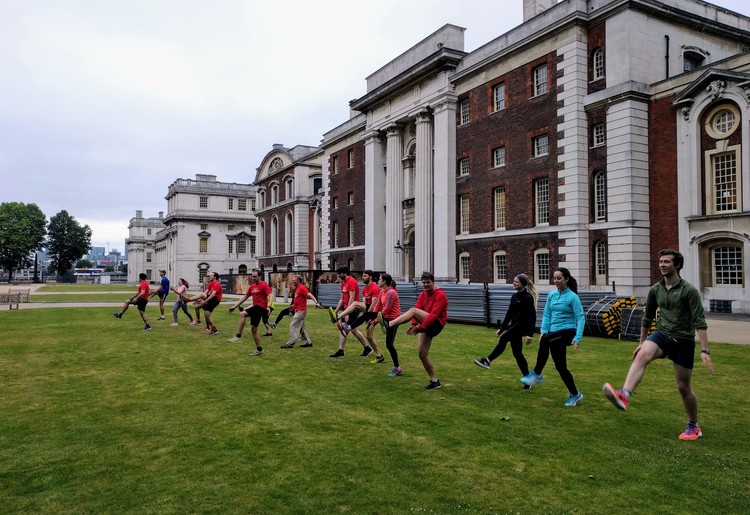 Unfortunately yesterday, we had another cancelled task. We were supposed to head over to St Joseph's school to do some painting but sadly we couldn't anymore :( but have no fear, we will be back there in September! Luckily, the Greenwich & Bexley Community Hospice are having a big fundraising event which they needed some flyering done for so we did that instead :)

We had one new runner join us last night, the lovely Sarah... give her a cheer! We were slightly thinner on the ground last night compared to normal what with people on holiday and the weather being a bit rubbish and with Mridula and Ben Cooper doing a mission last night instead, but still, 19 is amazing! Give yourselves a pat on the back!

Fave thing this week was obviously going to be fave HP character and I genuinely thought it would go down a storm because EVERYONE likes Harry Potter don't they. But sadly it went down more like a lead balloon than a storm. Anyway... moving swiftly on...! We dumped our stuff in the room and ventured a little further afield for our warm up due to all the concert set up taking place.

A few little drills to get the joints nice and warm and the muscles fired up, a few laps of Indian file and we were good to go! We split into two groups, Alex took the majority of the group up through the park to flyer around Maze Hill kind of way and I took a squad of 6 down by the Thames Path.

Now, I don't know about the other group, but my group was done in a flash! We even had some time to do a bit of speedwork up and down the hill which I could tell they were all just thrilled about! Scott told me about his 100K run he did last year along the Thames Path... pretty impressive stuff! And I think Andy had eaten too many sweets as he was being the naughty school child, swinging off the anchor whilst trying to take a photo!

We headed back to the uni, the others weren't back yet so we even managed to fit in 10 minutes of core work as well! This was about to be quite a jam packed session for these guys! A little after 8 o'clock, the other group emerged having distributed all their leaflets as well... JOB DONE!

It was fitness session time. This week, it was quite a hard one, but a good one I think??? We did a pyramid of intervals: 1 min (30s rest), 2 mins (60s rest), 3 mins (90s rest), 2 mins (60s rest), 1 min (30s rest). Speed work like this is SO SO SO good for your running and will make you a lot faster in the long run. I know it's difficult to have the motivation to do stuff like this when you're on your own but it's really worth it! Even just one session a week and you will feel the benefit. Everyone did BRILLIANTLY!!! I saw some amazing efforts so really well done for pushing yourselves and for putting up with my screeching awful whistle!!!

Everyone got their breath back, had a little walk back over to the grass where we had a final group photo and a nice long stretch :)

We went to pick up our stuff and Pulin had kindly brought in some yummy Indian treats for us all which were a-mazing! After lots of eating and chatting, we headed home!

Thanks for coming everyone! Well done for making it out on quite a "meh" evening and thanks again for your patience with a rubbish task! Next week should be a really good one as we are going somewhere NEW!!!! We're heading to Charlton House which is BEAUTIFUL and should be a super fun task too featuring some redecorating so sign up now!

Helping out at St Mark's Church!