17 runners ran 5km to help their local community in Hounslow. 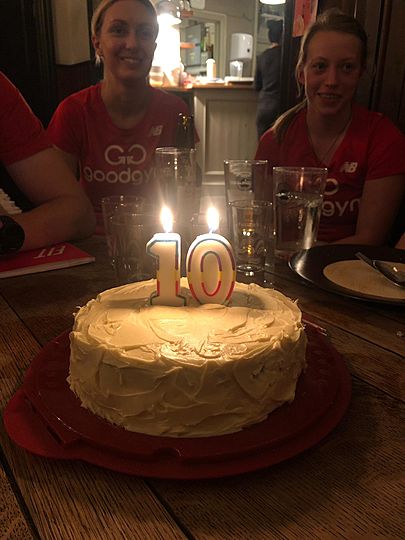 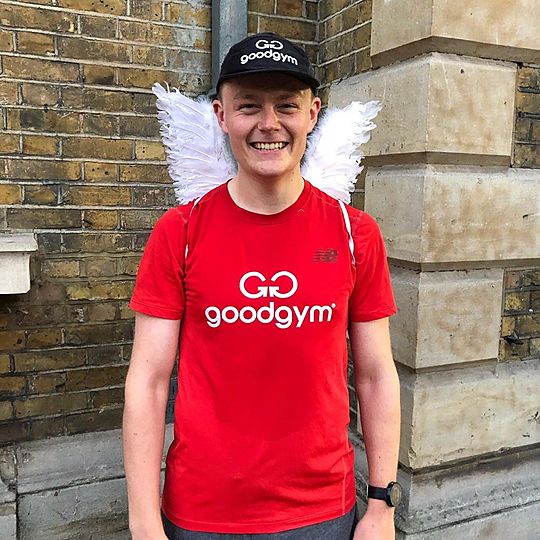 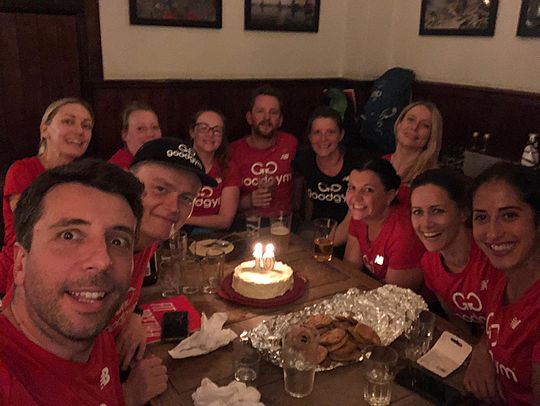 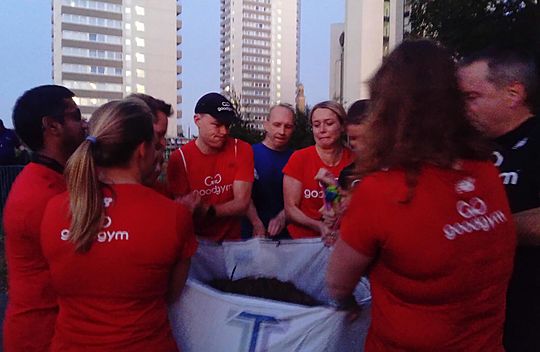 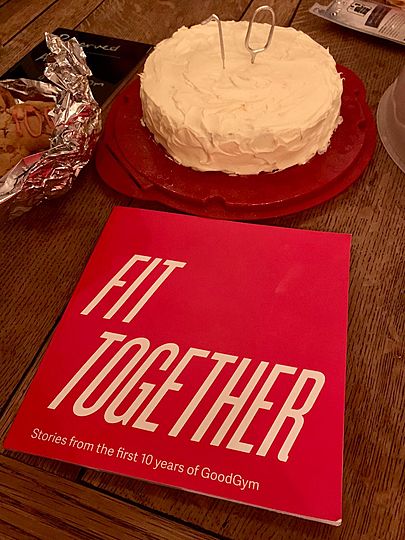 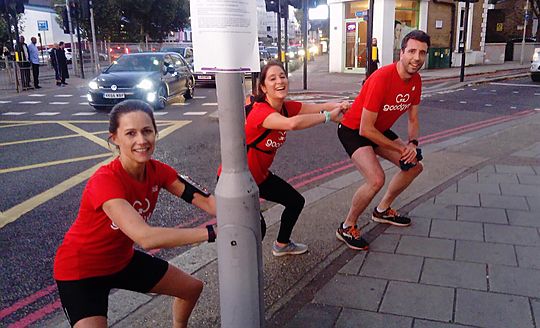 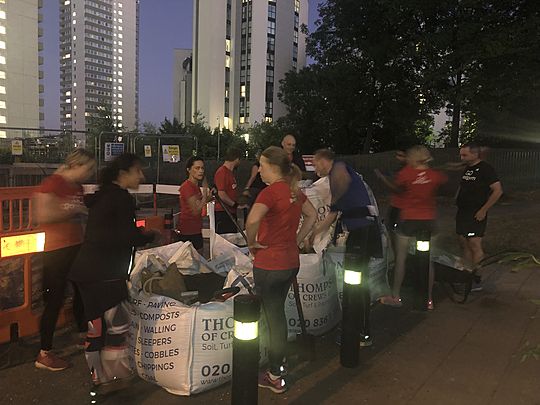 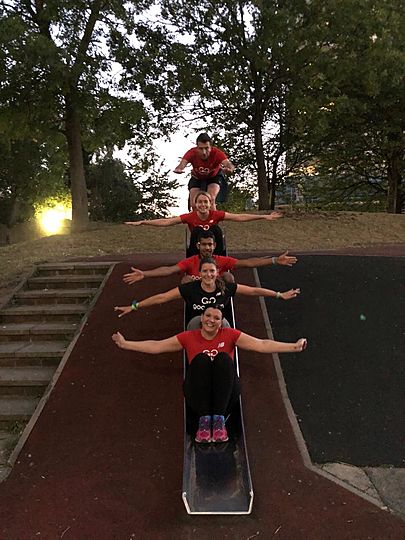 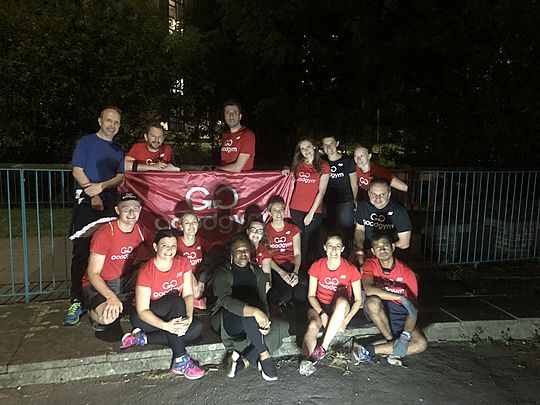 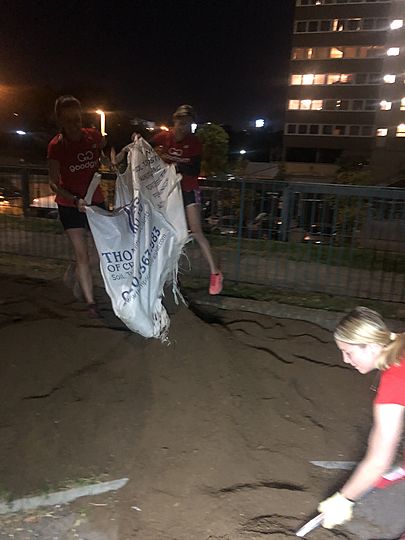 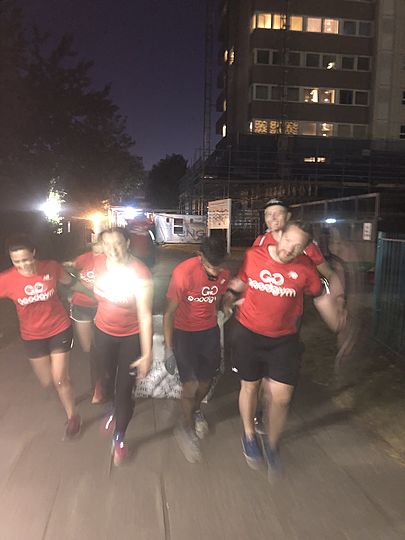 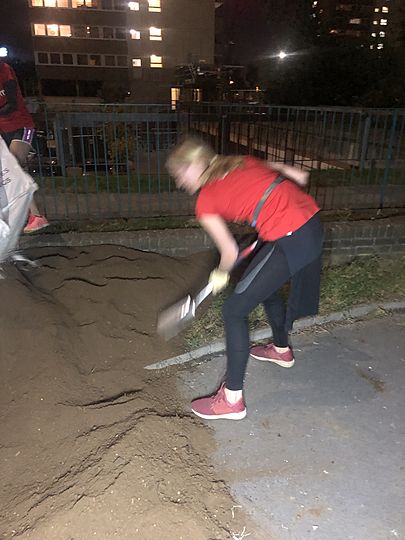 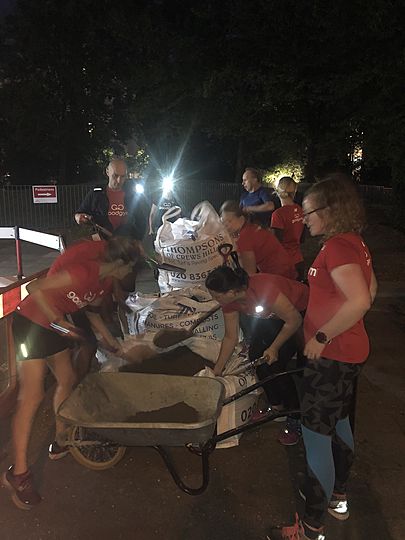 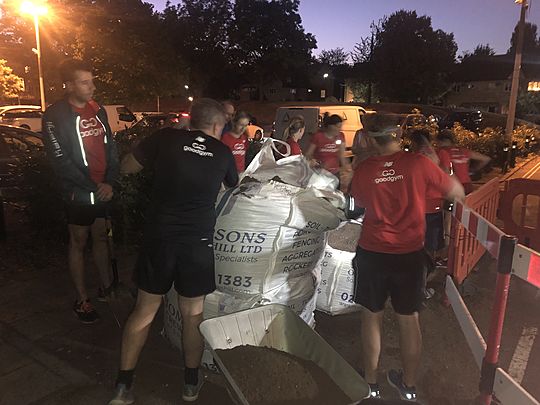 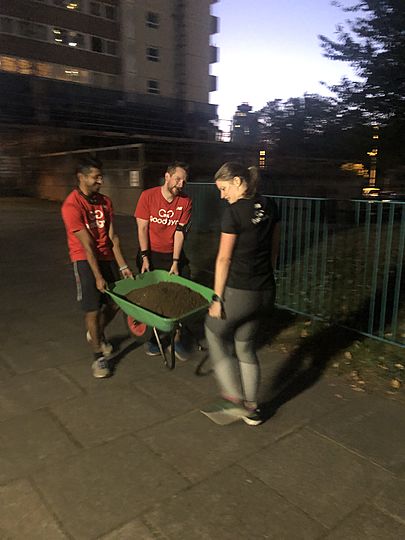 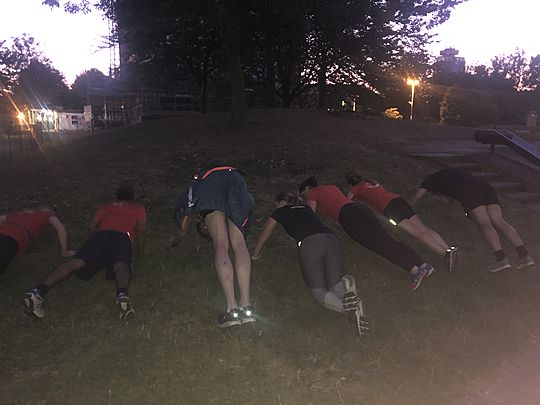 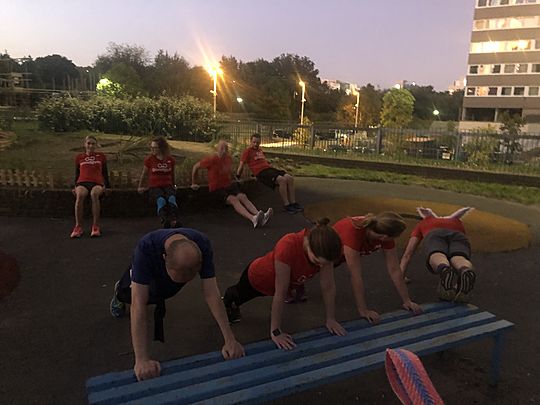 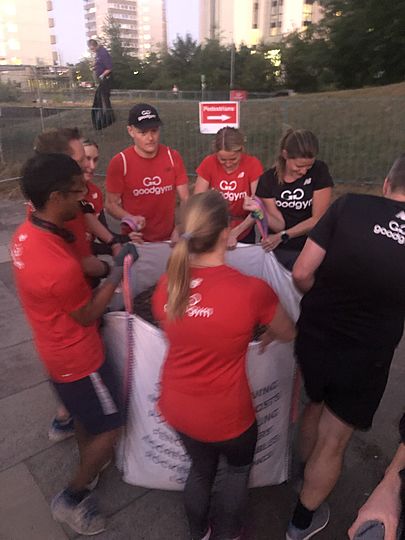 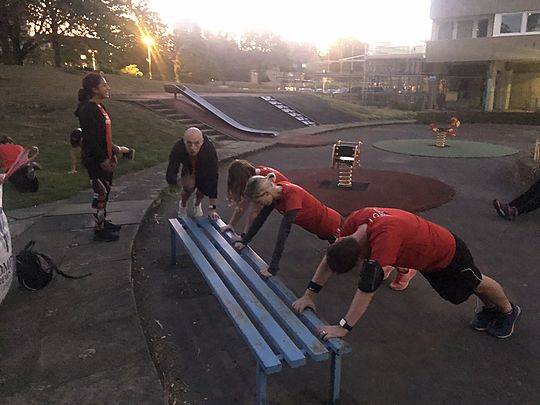 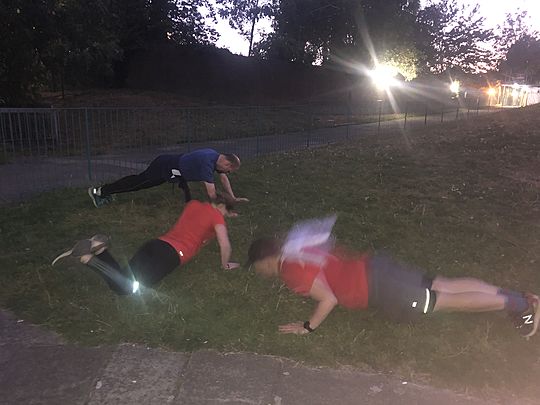 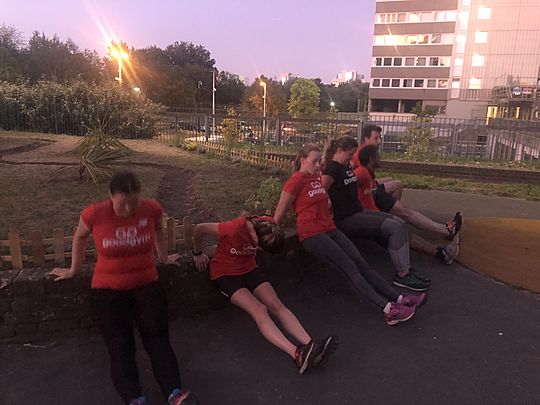 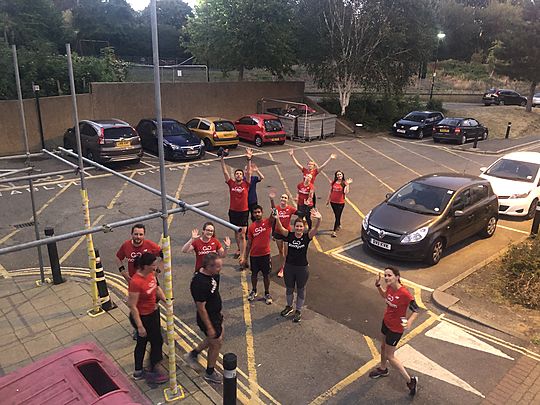 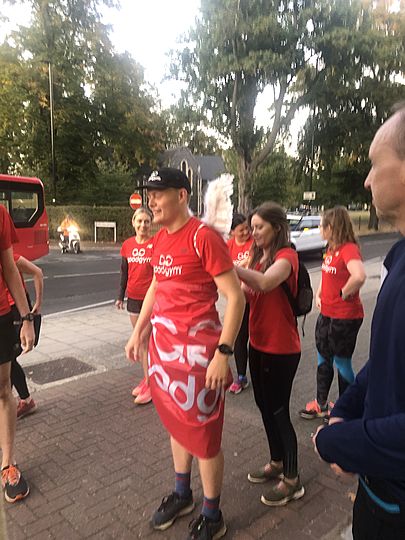 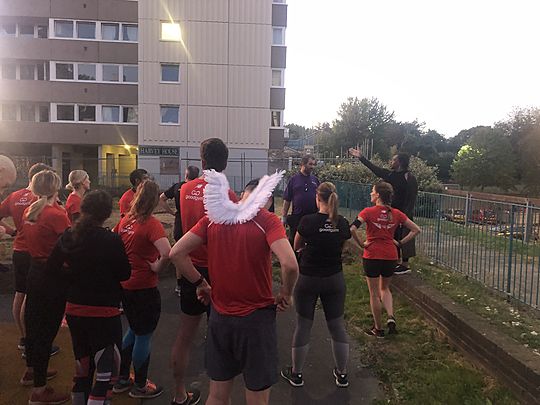 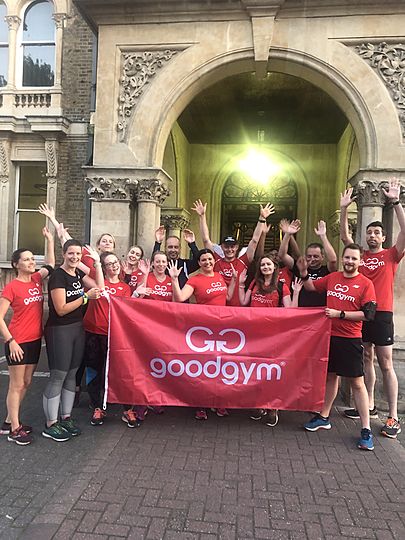 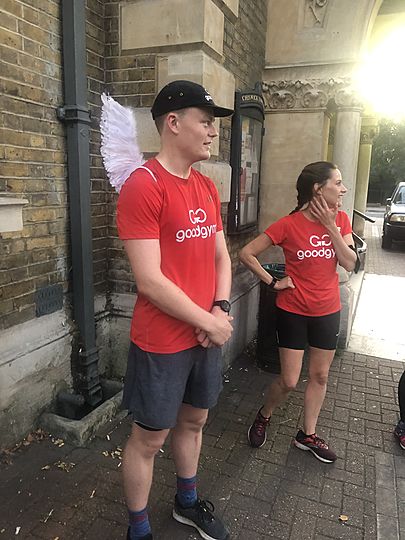 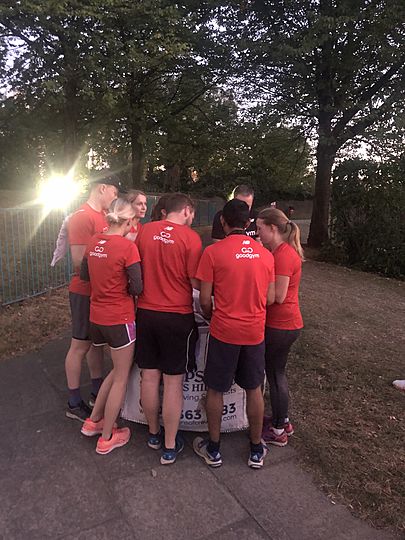 It was party time (even more than usual) in Hounslow last night as we celebrated a whole TEN YEARS of GoodGym. Every single one of you is part of that, and whether it's your first run or your 500th, you have helped rack up a whopping

Absolutely incredible. Here's to the next ten years!

While advance party Danny and Remy set off, the rest of us did a warm up, pootled about with the GoodGym flag and also discussed, as GoodGym turns ten, what in our lives we would score ten out of ten. Answers included weddings, cheese, sleep, our beds, everything and, of course, GoodGym Hounslow!

It was just over 2km to our task for the evening, and with the help of a friendly passerby, managed to find the right estate and was met by Leila, chairperson of the Brentford Residents' Community association. This organisation was set up in the wake of the Grenfell tragedy to make the lives of local people living in the housing blocks and estates better. She gave us a little run through of the job in hand, and while we waited for Mira with the shovels and barrows to arrive, knocked out a little arms based fitness (and had a mess about on the slide!).

We also managed to drag an ENORMOUS bag of woodchip over to the pavement - serous muscle power there gang! - and as soon as our equipment arrived we got stuck in shifting compost. This was no easy job with a hilly path to contend with, a dodgy barrow and A LOT of compost, but at GoodGym Hounslow we just love a challenge. While Natasha and Remy weeded the playground, and Emily spread the compost as it arrived, the barrows kept on coming and soon a whole tonne had been shifted. Fantastic work.

Sadly, with all that shoveling and the run back, we had run out of time for the birthday themed fitness session I had planned. I could tell you guys were devastated. Hopefully we'll have time to make up for that next week, after we help out the Move into Wellness charity. Have a great week everybody, and run happy!