27 runners ran to help the Warneford Hospital in Oxford.

Wednesday, 5th of May 2021
Led by Anwen Greenaway 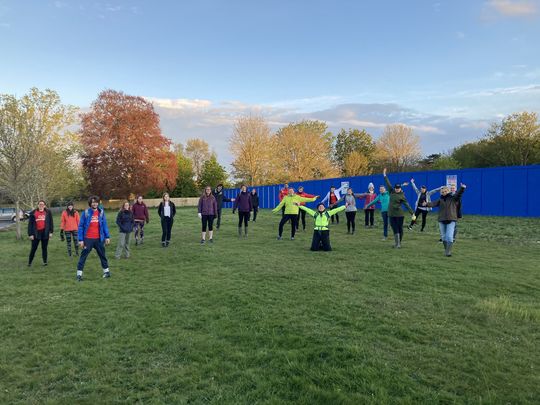 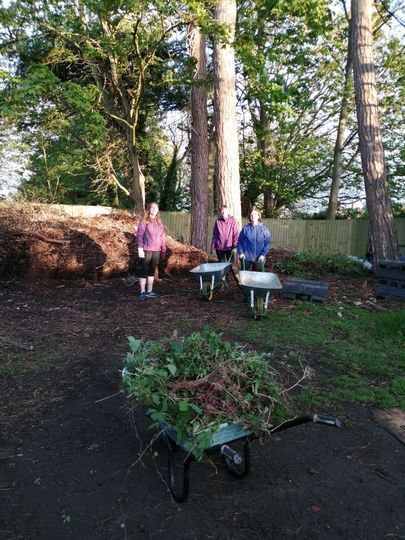 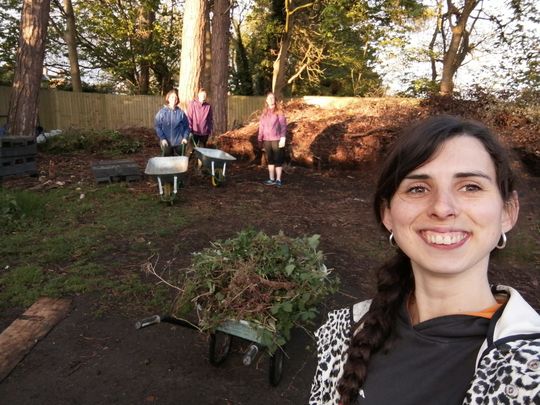 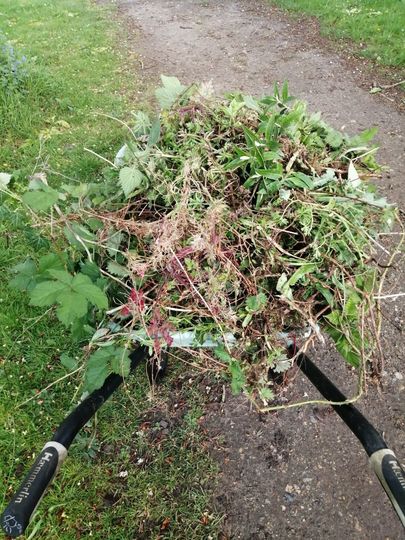 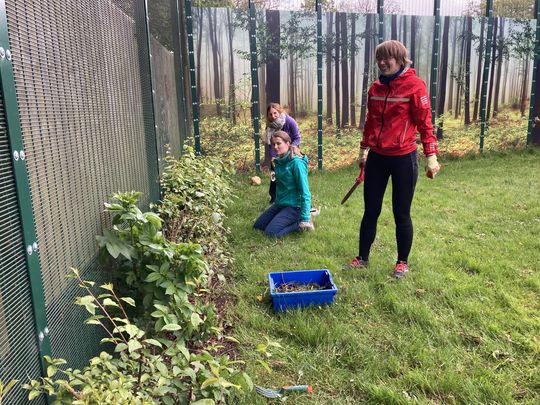 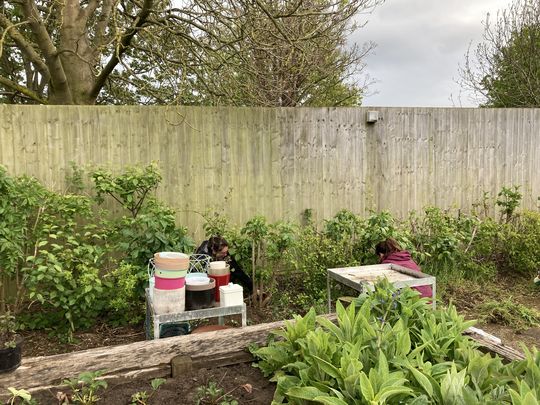 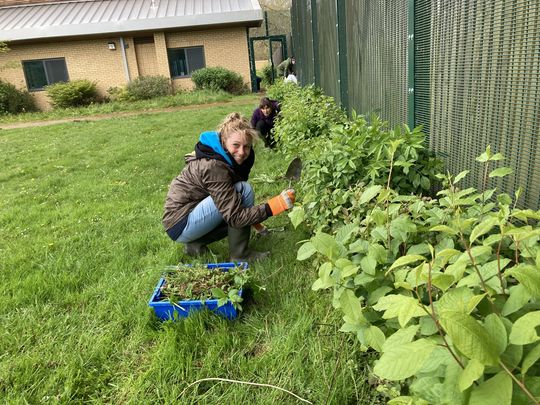 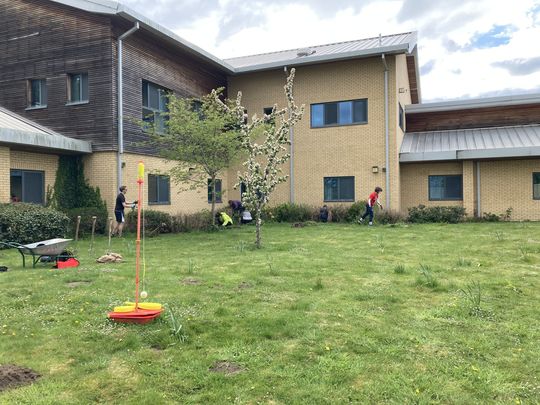 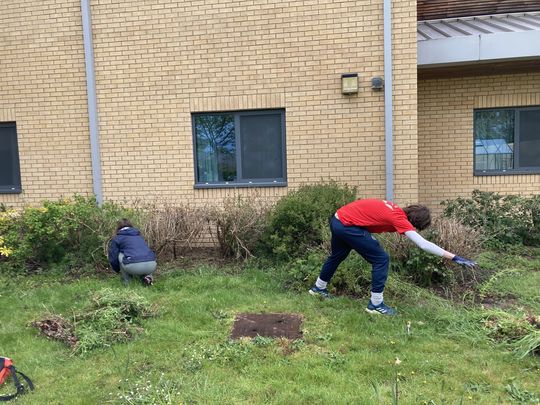 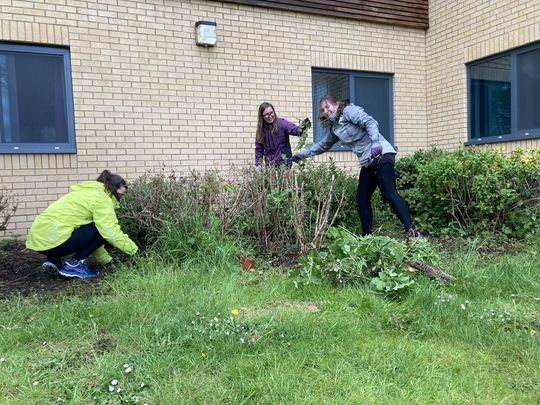 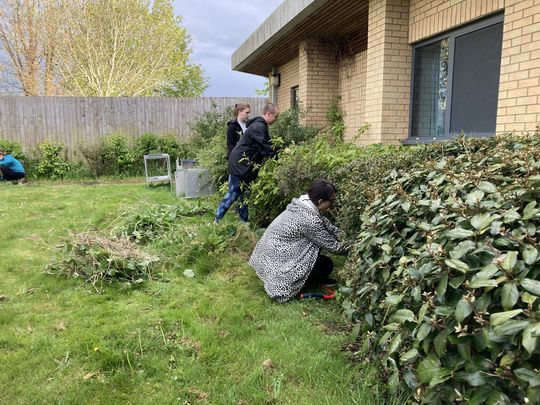 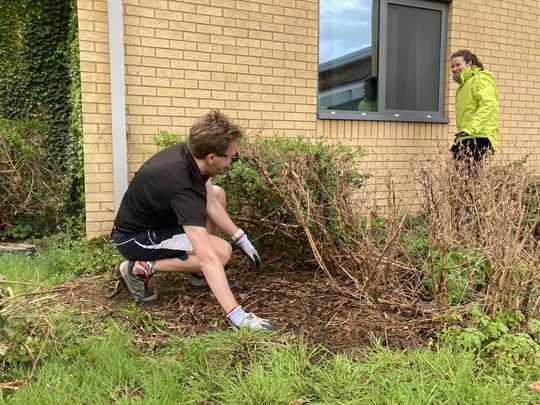 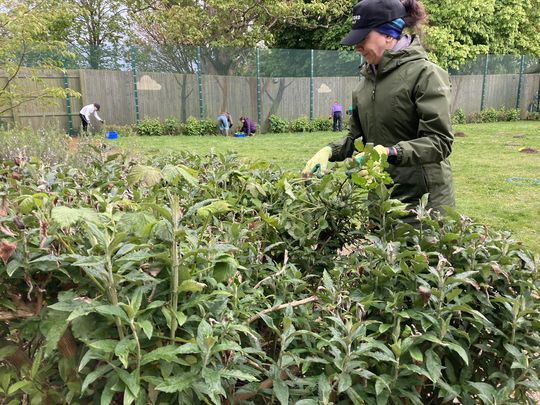 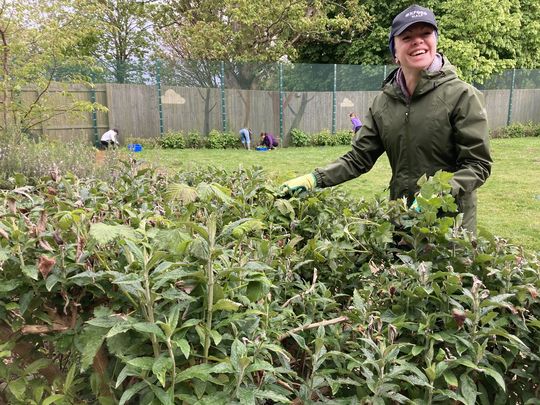 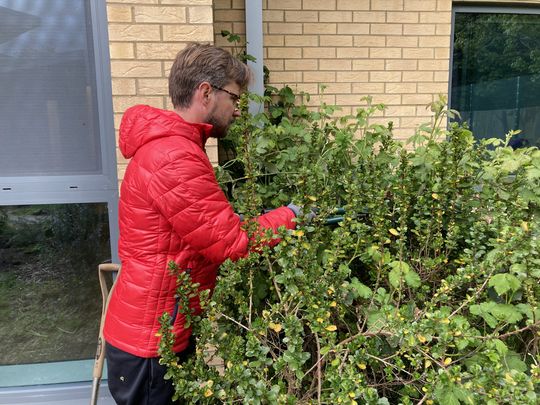 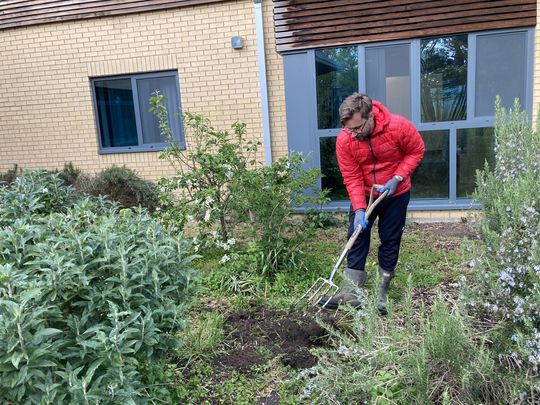 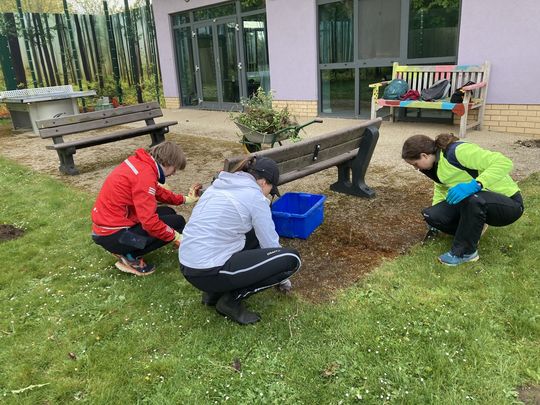 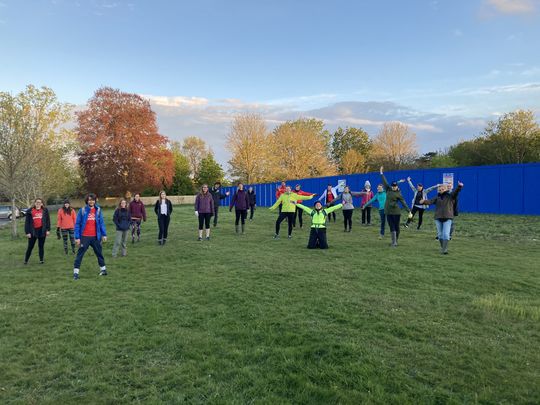 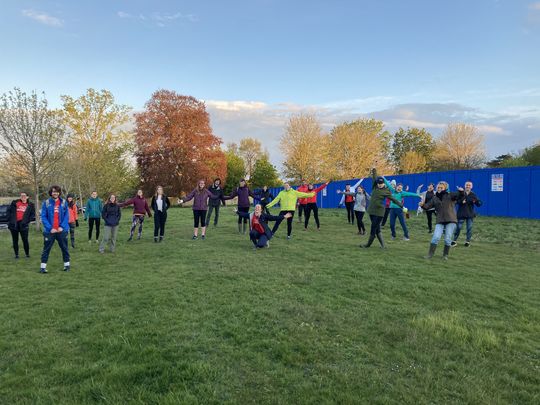 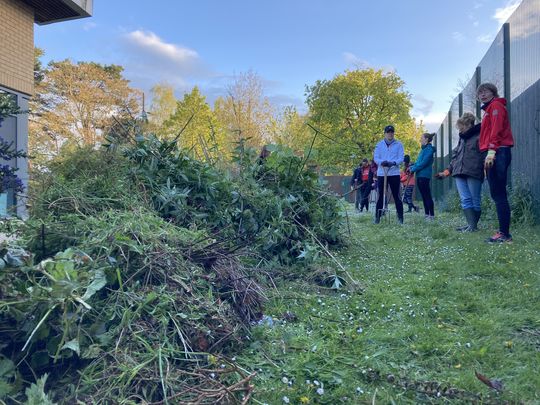 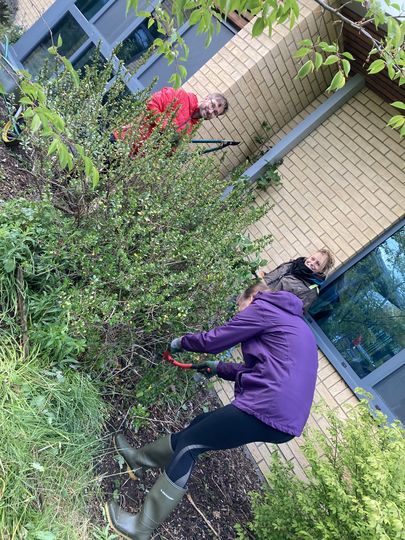 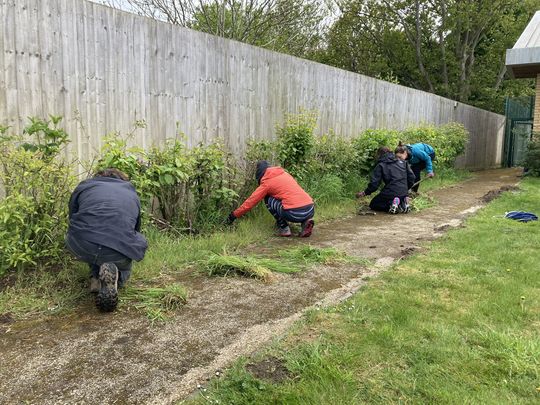 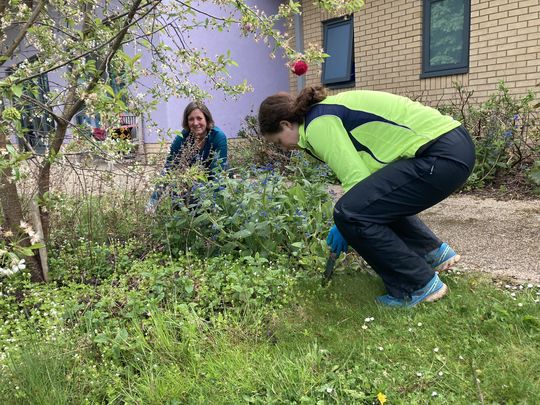 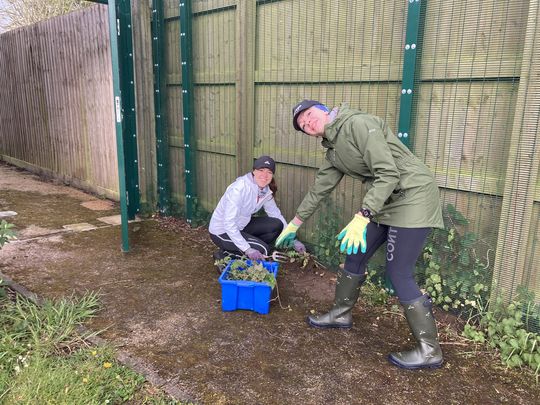 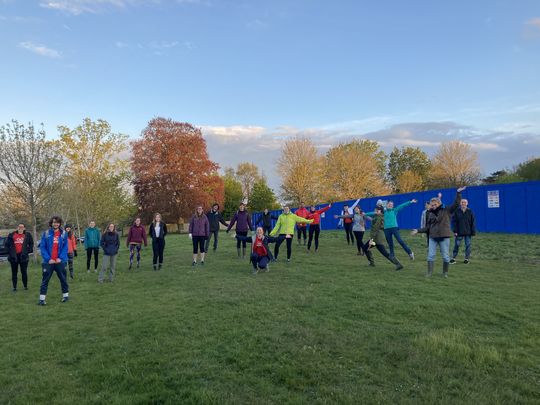 What's the key to a great GoodGym gardening session? Well...tracking down the key to the garden is a great start! After a small delay to access we hit the ground running (metaphorically) in the garden of the Highfield ward in the unexpected evening sunshine. Splitting into 2 teams in separate garden sections, ably headed up by Ben and Sarah, we tooled up and spread out to spruce up the space.

The Highfield ward is the young person's ward at Warneford Hospital, so at times we had a small audience of teenagers inside (plenty of waves and friendly giggles). Mindful of the ticking clock we got to work - brambles were cut back and dug up, we uprooted nettles, weeded border shrubbery, scrapped moss off the patio area, and pruned for Britain. Wheelbarrow load after wheel barrow load of weeds were hauled onto a pile by the exit gates - key shenanigans meant that we couldn't get out to the compost pile until the end of the session and elicited plenty of jokes about not being let out until the garden was perfectly manicured! Everyone was fully in the zone so time flew by. I think we could happily have worked away for longer if daylight and our hungry-for-dinner tummies had allowed. At 7:30pm on the dot the ward staff came to release us and the task of wheeling load after load of weeds and bramble cuttings over to the compost pile round the back of the ward commenced. I lost count of the number of wheelbarrow loads, but certainly at least 13 (unlucky for some?) plus several plastic boxes worth were hauled out.

I'm sure we'll be back at the Highfield again before too long - there's one section of the garden we haven't started yet, and plenty more we could do in the areas we have begun to work on.