11 runners ran to help the That's A Wrap in Hounslow. 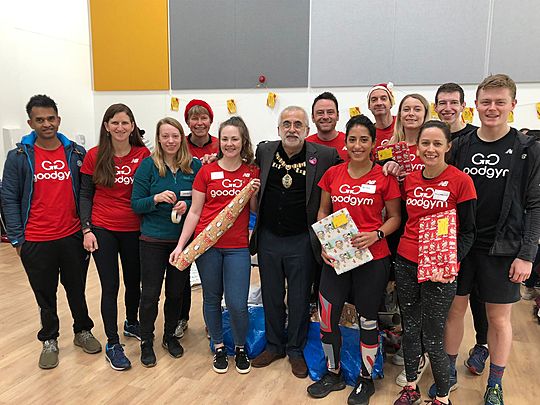 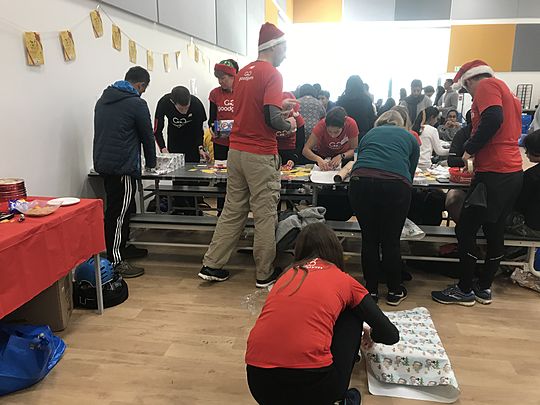 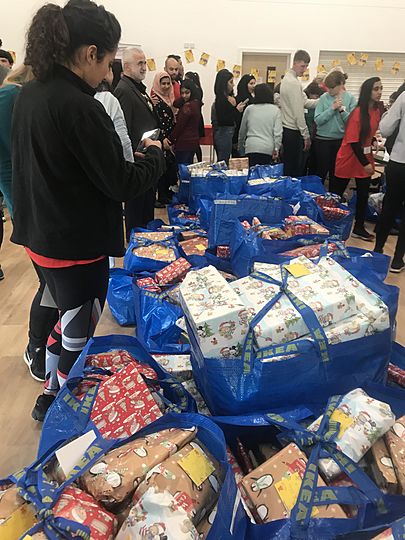 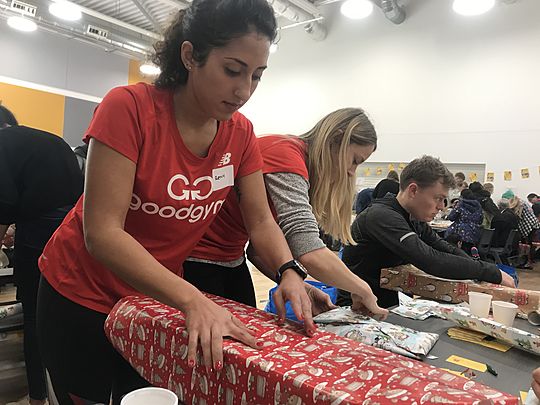 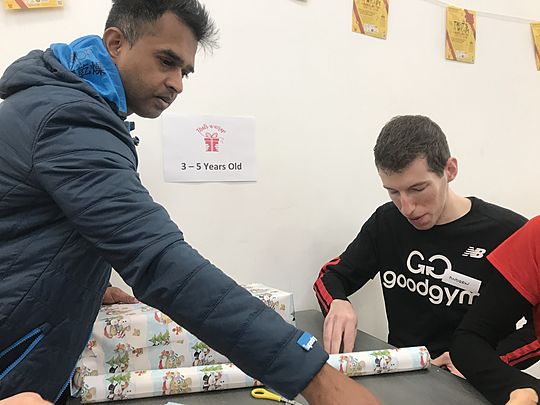 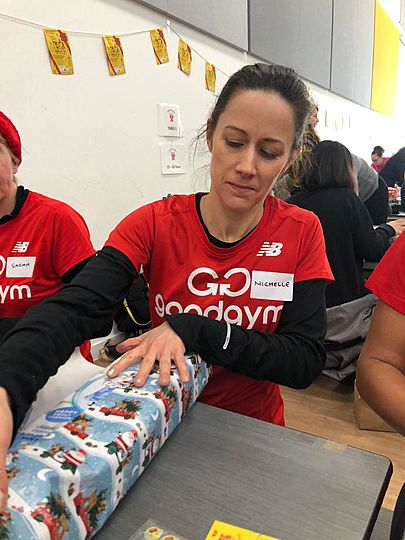 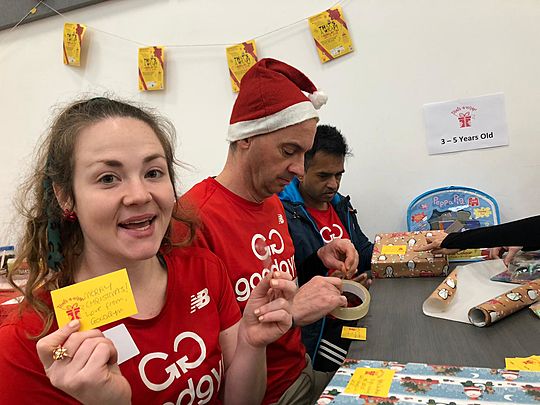 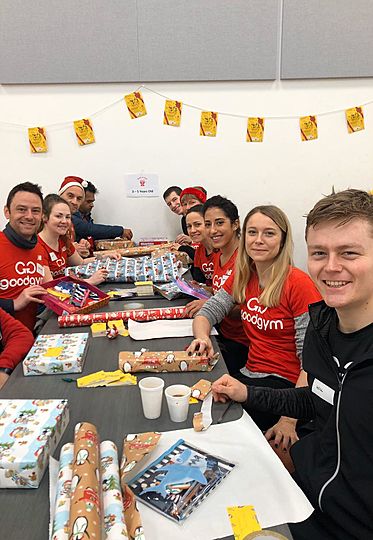 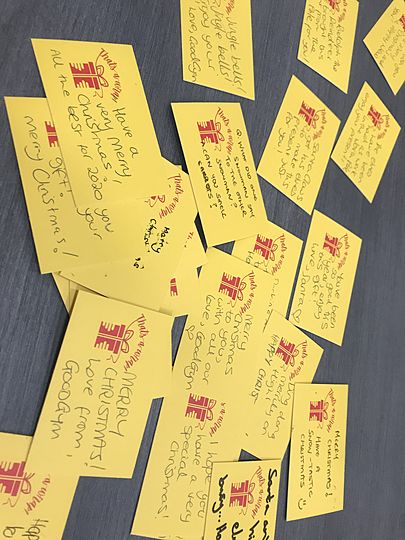 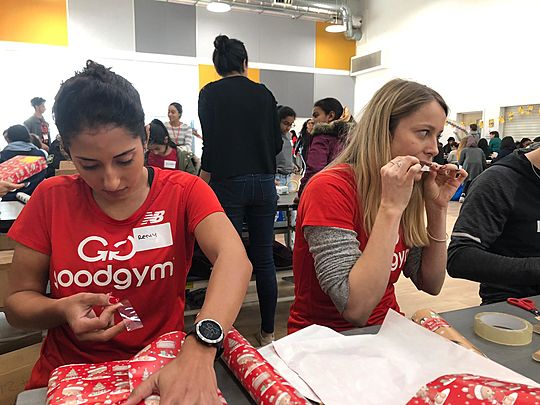 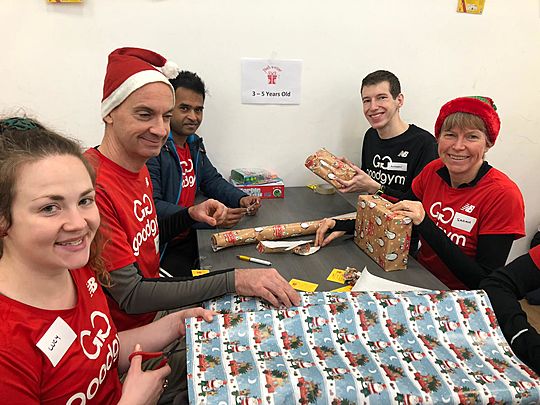 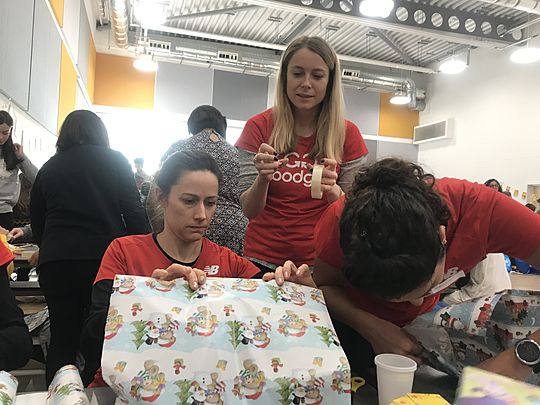 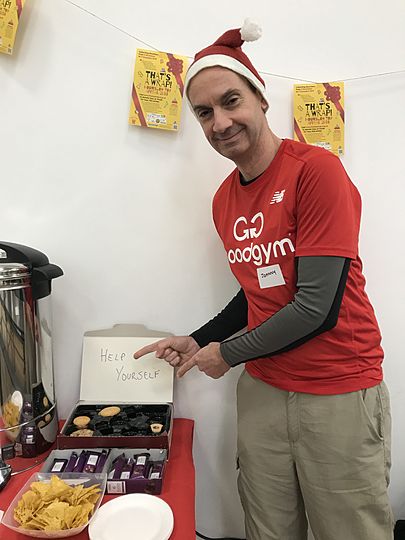 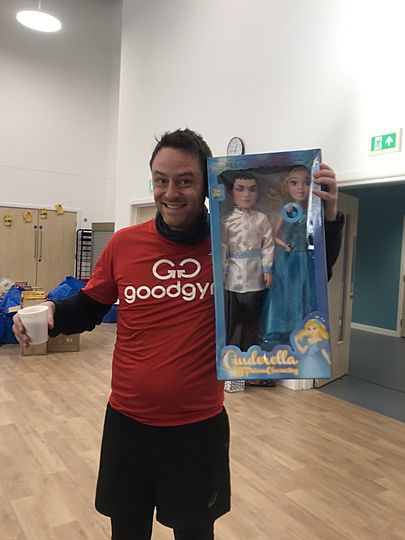 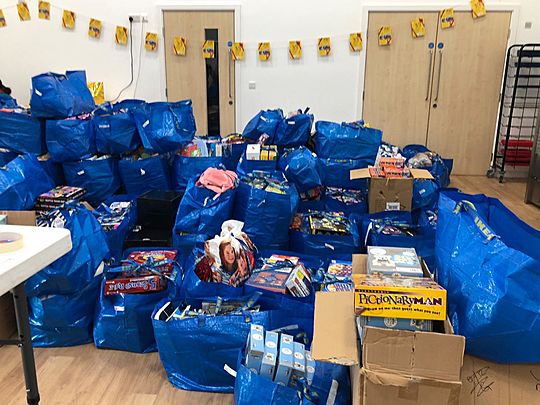 ‘That’s a Wrap’ are a community project based in Hounslow that support underprivileged children during the Christmas period by giving them presents when they might not receive any other gifts. Part of the project was a ‘Toy Appeal’ which involved hundreds of donations from across the borough, followed by the ‘Wrapping Event’ - this is where GoodGym stepped into Christmas!

We were welcomed by friendly volunteers from the project, who did a bit of ‘elf and safety’ and briefed us on the task at hand - wrapping up over 2500 donated presents! Armed with tea, brunch bars and doughnuts, we strategically placed ourselves next to the biscuits and sat down at Table 9 (Johnny under strict instructions not to steal any custard creams). This table was for the gift wrapping of presents aimed at 3-5 year olds, & we got stuck in with rolls of tape, reams of wrapping paper and a fight for the easiest to wrap gifts (anything in a box)!

It was a strong start with praise and high fives for the first parcels wrapped by Lucy and Michelle and before long, the piles of presents were stacking up. Jay and Andy worked quietly as a team in the corner and tackled some of the larger toys as a pair, Sarah fawned over the penguin wrapping paper and the beautifully illustrated children’s books, and Johnny kept everyone topped up with sticky tape. Kate, James and Georgia took to the floor to wrap miniature pushchairs, dinosaurs and some questionable looking dolls whereas Will, Remy and Emily did their task at the table, carefully wrapping their toys and labelling each gift with a special tag that the Hounslow Team had written the week before on a group task! There was even time for a catch up with the mayor of Hounslow who seemed very impressed by all of our good deeds!

Two hours had flown by, like Santa on his sleigh, and there was only the final task of wrapping some awkwardly shaped footballs left. Everyone had a different ‘tape’ on this job - from Lucy padding hers out with a box of cards to Remy & Michelle’s ‘sweetie wrappers’ and then Andy & Sarah’s meticulously pleated technique.

As a thank you for all our hard work, we were rewarded with a delicious lunch kindly donated by the Taipei Curry Bar. This was followed by a big thank you from the organisers - GoodGym Hounslow were even ‘presented’ with a certificate of appreciation! Then there was the group photo with all the volunteers, and the hundreds and hundreds of presents, before heading off home.

Great report Lucy, thanks for a fab mission all!

Lending a hand at a local church and community centre