Litter in the Wind

It was a cold and breezy evening as four women met in a dark, desolate car park.

But it’s okay, they were GoodGymers and ready to litter pick!

I (Alys) had scouted out a location earlier in the week, which was along some well used roads in Knaphill.

Anne, Katie, Lauren and myself met in Brookwood Farm car park where we did some warm-ups and stretches. We got stuck in to the litter picking straight away, battling against the wind which threatened to undo our hard work…

But soon we were filling up the bags with bottles and wrappers found in the hedges where we had to dodge spiky trees - I wasn’t so lucky and ended up with a thorn stuck in my hand!

With one bag full, we crossed the road over to Sainsbury’s where we found lots of rubbish dotted around - including bottles and food packaging purchased from said supermarket. There was even an abandoned bike basket!

Three bags full later, Katie was feeling the cold so zipped off (she’s already had to deal with a broken boiler for the last couple of weeks so we’ll forgive her). The rest of us came upon a real hotspot full of beer bottles and even a gilet which filled up our last two bags.

With five full bags, and our new litter pickers in hand, we all got our arm workout carrying the rubbish back to my wheelie bin which was thankfully being emptied the next morning!

Lauren went on a community mission

James, Adam and Lauren drove over to Dorking to help out with the event.

There was a 2k race for children, and 10k and 10 mile races for adults.

Lots of people were running with their dogs and there was a great atmosphere.

While it was still light, Lauren and James went off to buy bananas and sweets while Adam got involved in setting everything up.

James helped with registering the participants to their foot pods while Adam and Lauren went off to take position at their marshal spots.

Eddie travelled separately to get there and helped with final setup preparations and a challenging marshal spot where the runners would end up passing him twice along the route.

James was sent at the last minute to marshal spot 2, to guide the runners to go up the hill, and then followed the last runner collecting all the signs and reflective ribbons along the way.

After a few hours we all met back near the start to grab coffee and teas before heading back to the car where Lauren produced the chocolate cakes she had bought for the squad.

It's fair to say that supporting this event was difficult and challenging but we were equal to the task.

It was great to get back home and relax in a hot bath afterwards. 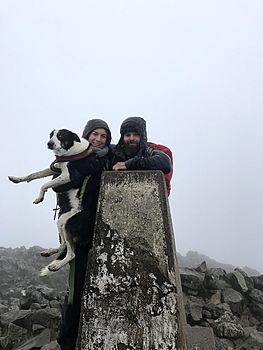 Lauren signed up to a community mission.

Helping to put on a safe and enjoyable event

Making your community a nicer area to enjoy

That's what GoodGym was like on Wednesday night as the whole crew descended on the food bank to undertake a community mission.

The popularity of the food bank mission is obviously due to the fact it is tangibly doing good in the Woking community by alleviating food poverty. It may also have something to do with the fact it is indoors and warm on a dark and cold January evening.

Nevertheless we all got stuck in to the various jobs in perfect hip hop harmony. Adam, Ben and New James did a fantastic job of cleaning the floor.

Wayne and Becky had the mucky task of cleaning out the fridge including a split bottle of milk.

Anne and Lauren cleaned the baking area followed by the toilets with the assistance of New James. Mia hoovered the entire ground floor. Holly took the role of lead singer and kept us all in check (including Jack and Indy).

Not quite sure what James did. Perhaps a backing dancer? To be fair, he emptied a bin.

Great report Becky and thank you for the brownies!

Last night Alys, Lauren and myself headed out of the city center and into Pirbright.

It was a cold evening but that didn't stop us. We had the task of clearing the pavement along School Lane. This pavement is used for the school run and locals. With the trees dropping their leaves and the wet weather, this had caused a very dangerous part of the road. With myself falling over and slipping on it in the past.

We got out the spades and cleared the pavement to make it a safer place for everyone using it in the community. I know already this has been appreciated and made it a lot easier to walk on!

It is nice to get out of the city some weeks and see the surrounding areas. Even Lauren commented on how bright the stars are in Pirbright compared to the light polluted skies of the town.

Next week we are back in Woking Town Center and meeting the leisure center to help with the food bank. The 1st of Feb will be a litter pick with Alys on the case finding the location.

In the Summer, when we can enjoy the lighter evenings, we will be meeting once a month in a surrounding area to find some local trails. I hope you all will be up for this. You can join us on your bike or for some running.

Making it safer to walk on

This evening’s task was the first of 2023 and it was a post New Years litter pick around Woking Park and the surrounding area.

On this blustery night 9 amazing GG Members met at Woking Park armed with litter pickers and black bags set out to find and remove litter from the local area.

We managed to find various bits of litter around the Park before we headed out of the park and to the streets behind. While running and keeping an eye for rubbish we all got chatting about how we spent New Years Eve from parties to cozy nights in.

Half way up the hill the girls went up on a different route while the rest of us ran up the hill the the station were Ben found a litter haul in the middle of the road within no time our black bag was full.

We ran back down the hill to catch up with the girls who had found an amazing cache of drinks cans in the hedge along White Rose Lane.

Lauren has completed their 15th good deed with GoodGym 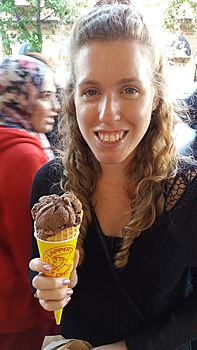