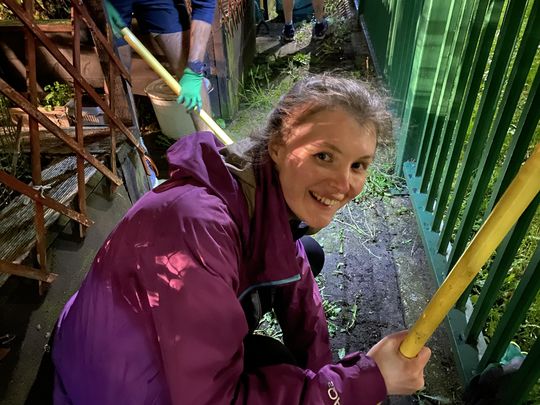 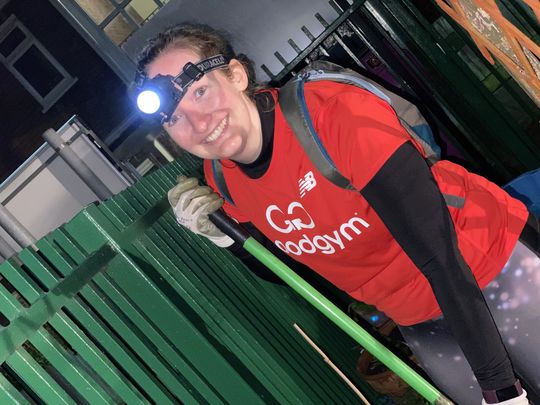 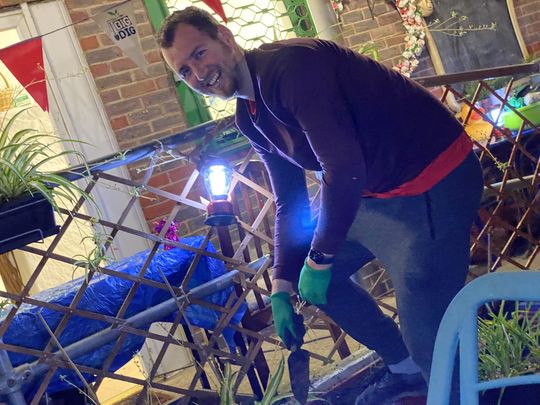 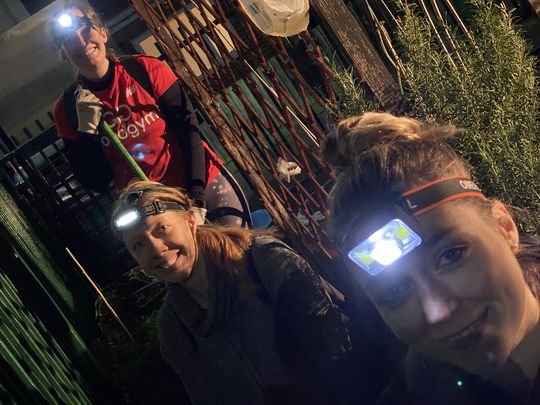 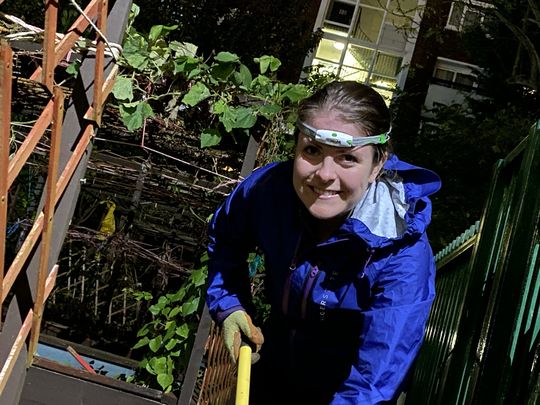 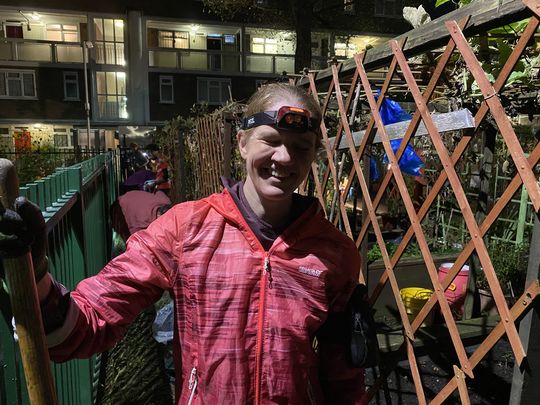 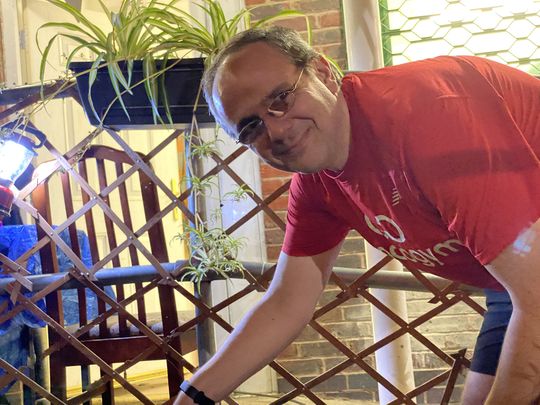 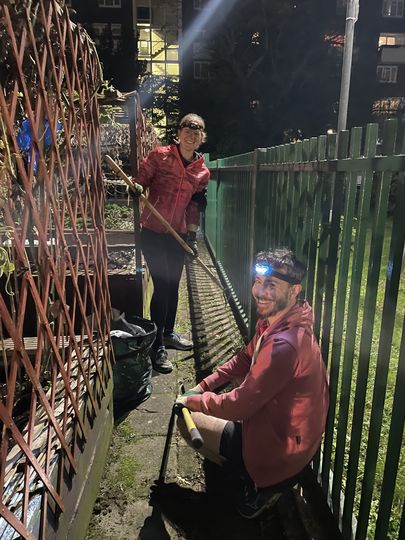 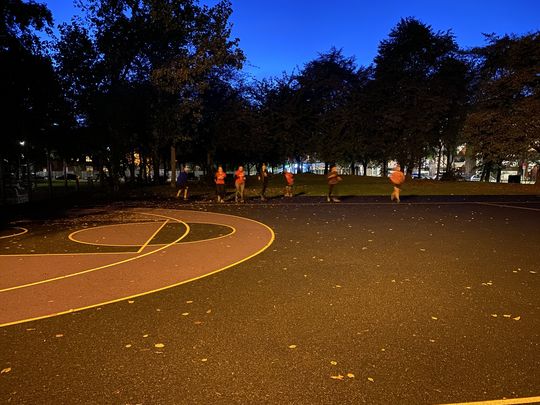 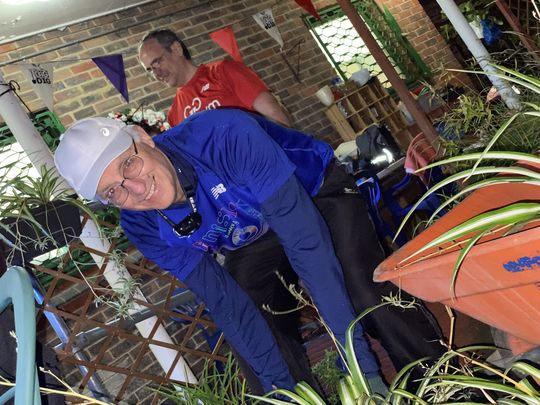 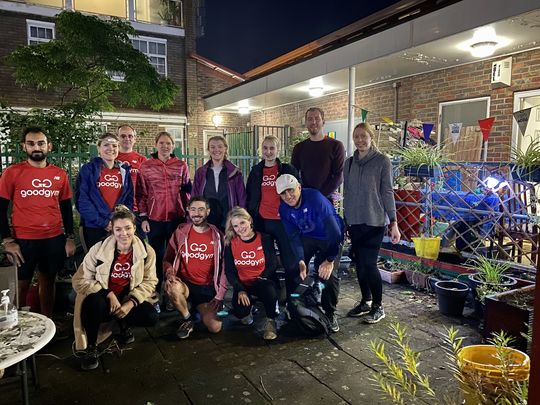 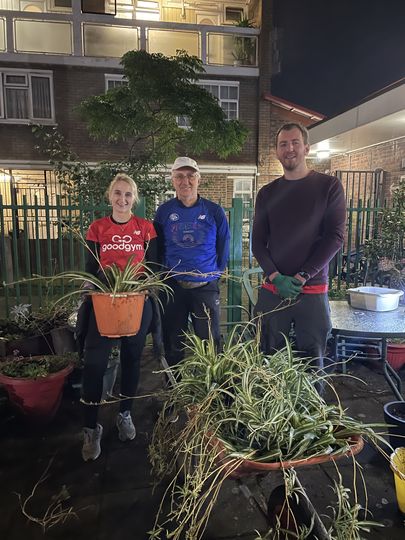 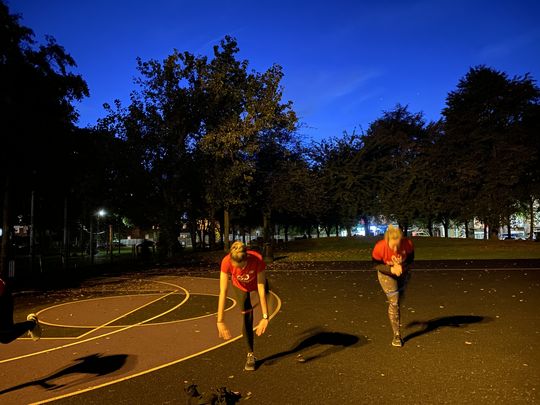 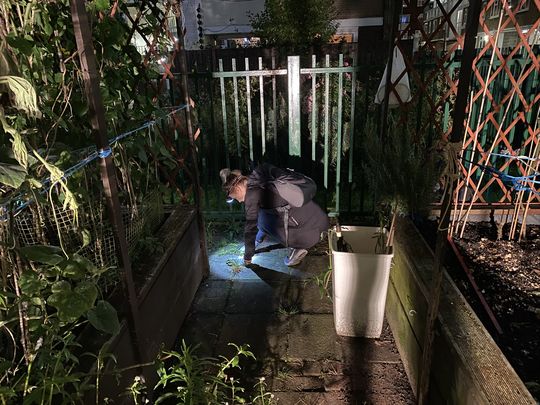 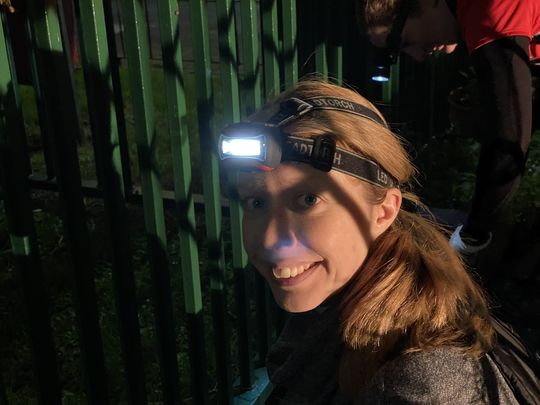 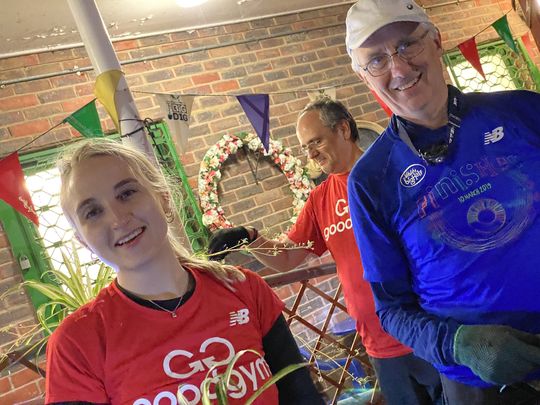 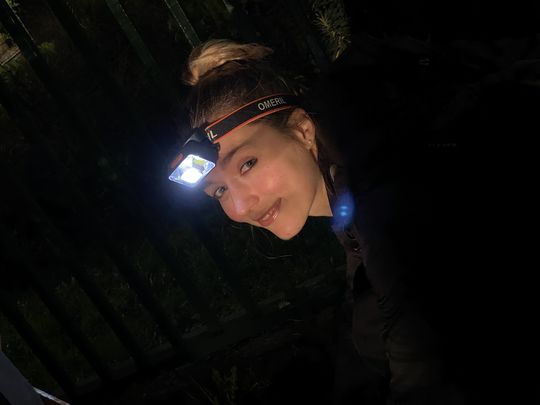 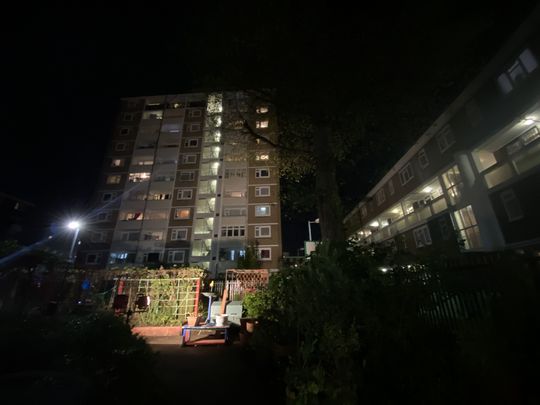 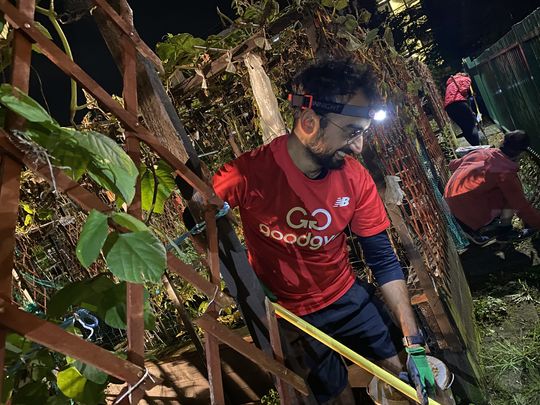 Next Hour: No precipitation

Dark Sky usually meets the expectations of an app that enjoys 32,095 decent App Store reviews, but this evening however... 🤷‍♀️

But we didn't need to worry. Because despite dry, warm conditions being rapidly replaced by a cooler temperature and rain, no fewer than 10 runners appeared on Middleton Green's basketball court to whizz through 30 minutes of mini band exercises.

It's all about the mini band

"It's great, it's the stuff I always mean to do but don't get around to," enthused the team. Such was the positive response, despite spending 30 drizzly minutes crab-walking, clam-ing, waist-crunching, single leg-deadlifting...you name it.

And so we left our workout to head around to Rocky Gardens for tonight's gardening catch-up with Margaret. Lots to do, lots of us to do it...Re-sult.

Teams were divided into two: six to dig up spider plants (Ois renamed them snake plants for the night, which we quite liked) while six headed to the vegetable bed borders for some much needed weeding. In between crevices they scraped and scraped, reminding us all to book a visit to the hygienist.

In fact, we were quite incredulous when Margaret instructed us a few minutes before 8 to start packing away. Snacks were devoured (the group were clearly divided into Team Swizzels vs Team Fibre, so it was a relief there was something for everyone), pics were taken, Air Drop navigated (Ois, you're the best), cheerios said. And the best bit? More basketball workouts next week, before we head back to the pond....

A lovely night for everyone - well done, yet again.