Topping out with team prizes! 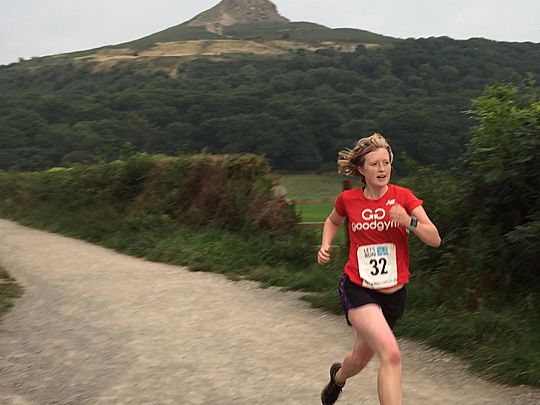 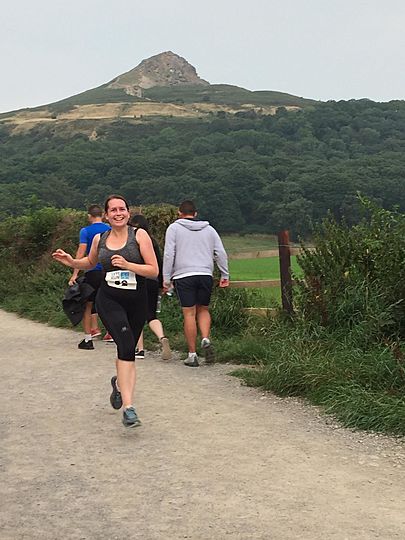 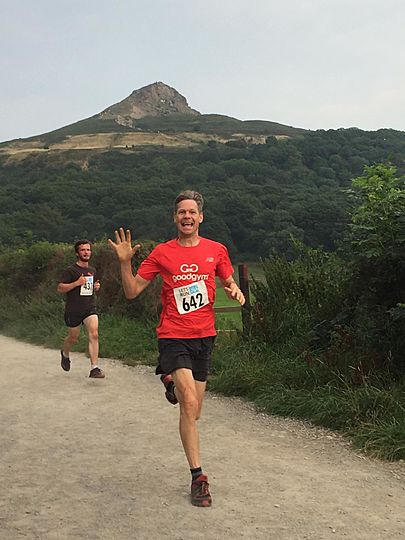 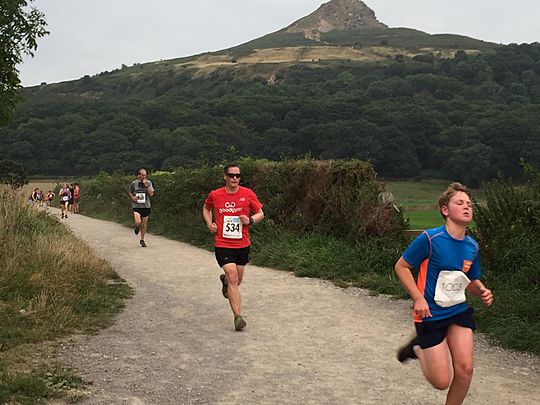 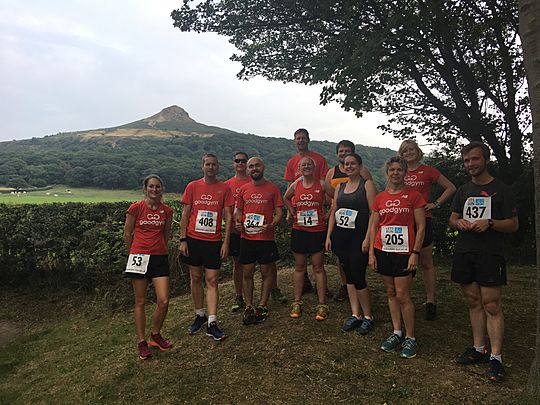 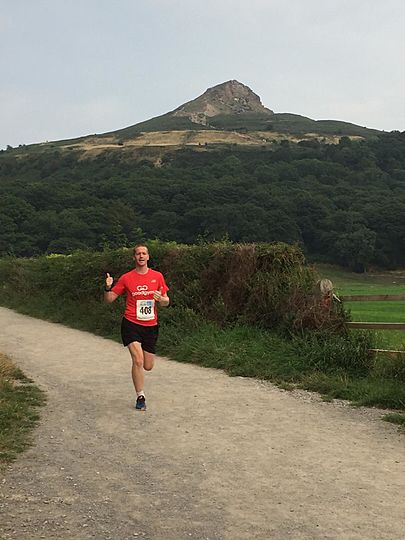 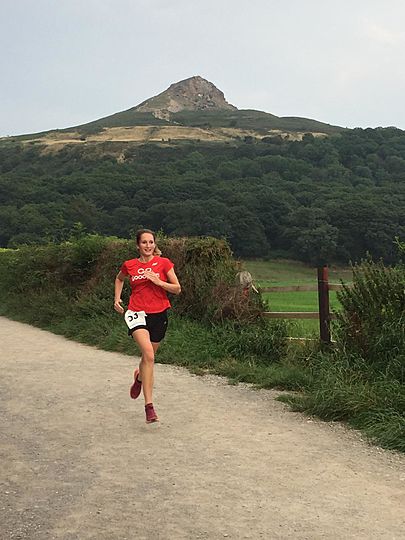 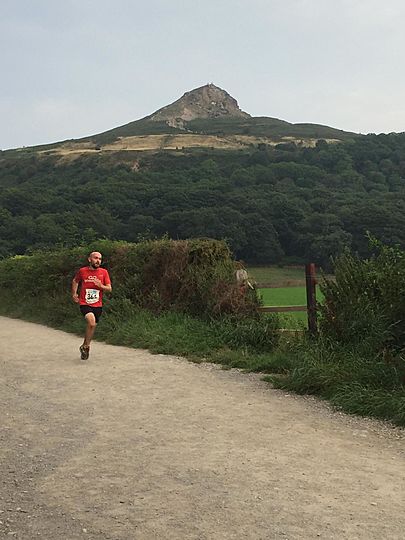 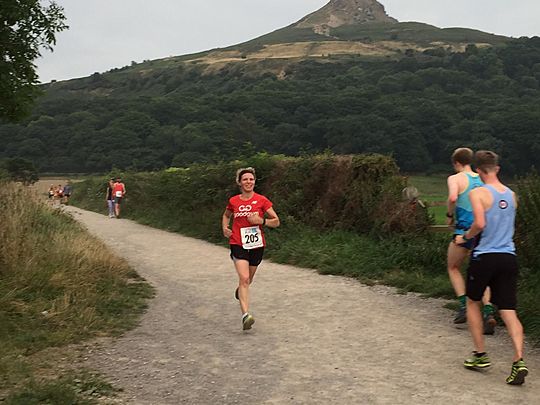 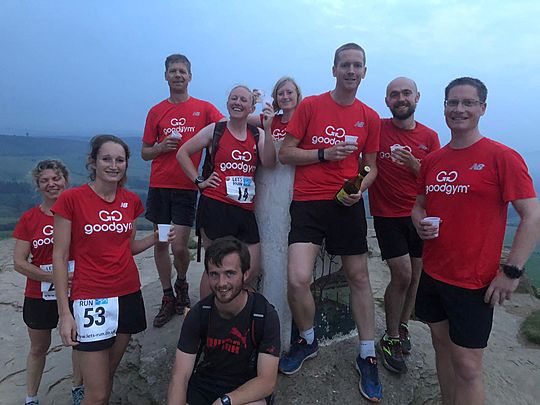 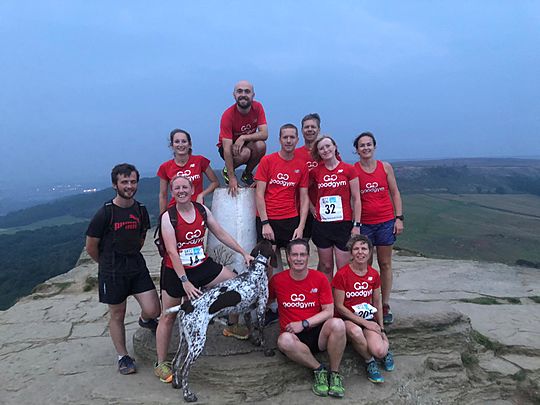 It was our biggest showing yet at the Roseberry Topping fell race, the shortest race in the series at only 2.3km but with over 200m of climbing, not one to be sniffed at.

Jenna had joined for her first ever fell race after initially planning to come just for the post-race social trail run.

It was officially the shortest EVER race briefing.

The route starts with a long drag on a wide bridleway before everyone squeezes through a gate and onto the steps of doom.

You can pick any route you like and Pete had decided to take the straight up route which was also extremely steep!

There wasn't much high fiving as everyone coming down just concentrated very hard on not taking out those who were still coming up, but the cheer squad at the bottom got bigger and bigger.

We hung around for prize-giving only to be awarded both the male AND female team prizes, wine all round!

We celebrated by all hiking up to the top for a little toast, getting down just before last light and a car park cookie and cake party courtesy of Becky and Pete.