8 GoodGymers made their way to help the Knaphill Community Fridge in Woking. 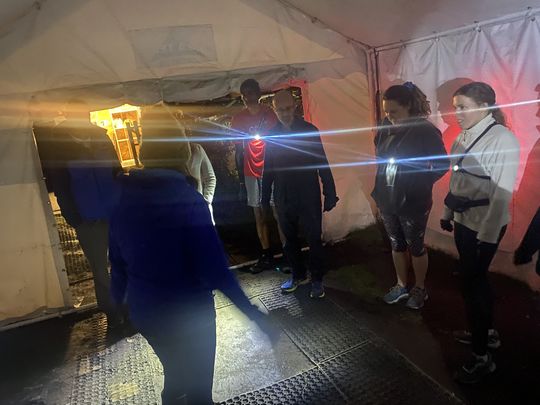 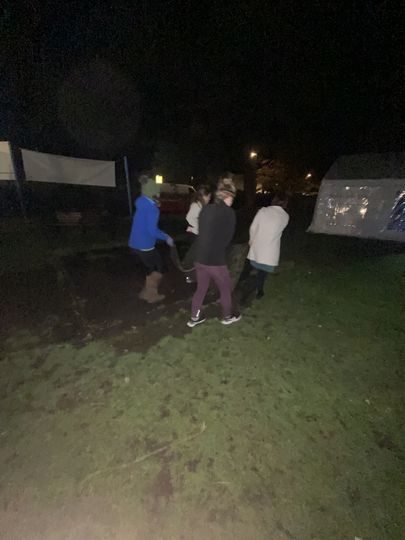 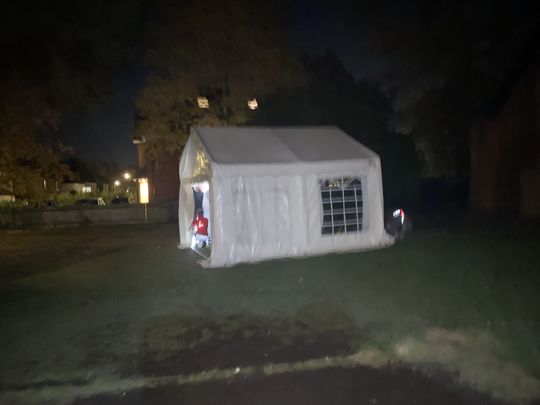 Pivot and side step

The marquee has been down for almost and year and with all the heavy traffic the marquee was now more of a mud bath inside and water was just running down into the middle. They have just had the fantastic news that they have been offered funded for new landscaping. To help get ready for the new landscaping we had the job of moving the marquee and matting to a drier patch on the grass. Some of the pegs were overgrown and was starting to become part of the landscape, with some force the matting was lifted and replaced in the new location.

Well done to Ben and Katie for running to the task.

The award for the smartest dressed GoodGym members goes to Rebecca! This didn't stop her from getting down and dirty at the task.

We were awarded with some delicious bakery goods from Gails! Thank you - I enjoyed mine for breakfast this morning.

Meet at Woking Leisure Center for some leafleting to advertise the Festive Run for Woking Hospice - sign up now!

The last group run of the year will take place on the 14th of December - we will be at the food bank and making up the bags for donations.

Hi Guys great job everyone, hopefully I’ll be able to a task with you soon slowly recovering from a back injury