14 runners ran 6km to help their local community in Wandsworth. 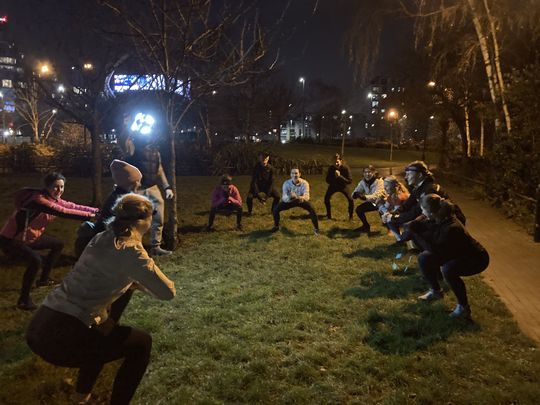 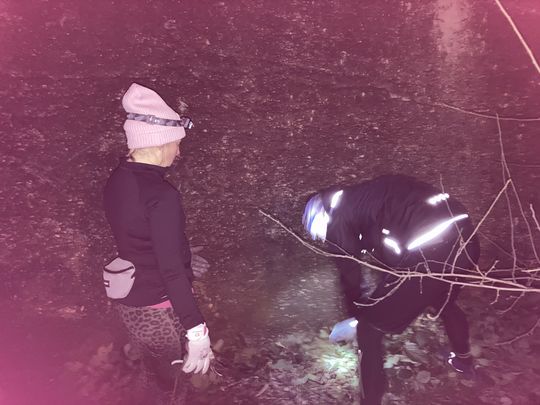 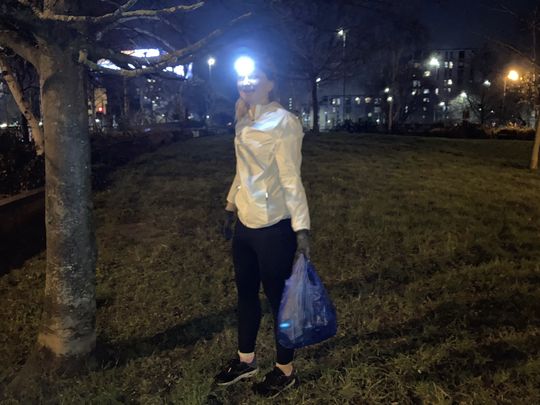 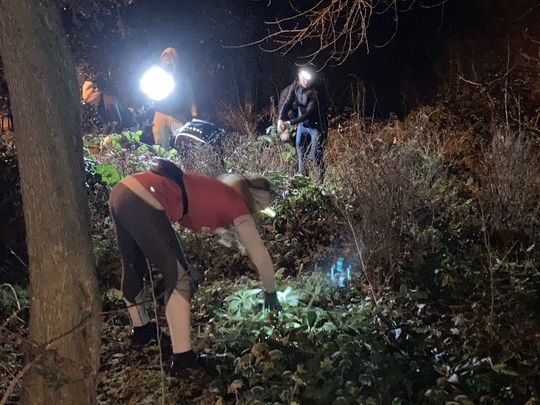 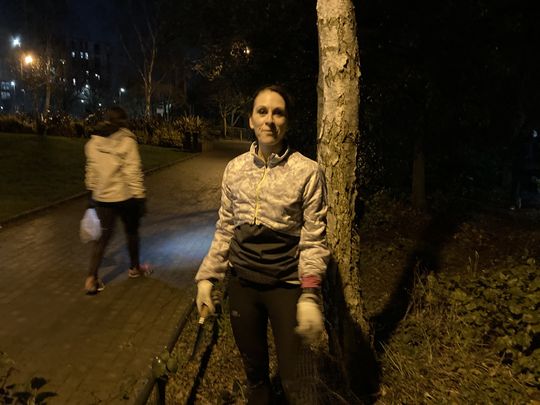 Our Wandsworth group run last night took place on the last day of January, which meant not only saying goodbye to perhaps the month of the year that drags on the longest, but it was also the very last chance to rack up some good deeds and kilometres for the January challenge. Across the GoodGym groups we were 146 good deeds short of reaching that magic 4000 target and with just 150 people signed up for runs and missions, it was going to be tight. Happily, together we smashed it! We exceeded the 4000 good deed target by a massive 102, and you played a big part in that - congratulations!

It was lovely to welcome Kieran to his first Wandsworth run, and also to meet GG HQ's Theresa at the task - give them a cheer!

First we did a warm up and our question of the week was - are you a tea, coffee, both or other person? This week the vote could not be split, although there was one extra vote for tea - or tequila!

We set off for Bramford Gardens near Wandsworth Town, with a little bit of an addition to the route as I got a bit distracted...sorry about that! We soon arrived, however, to find Shah and Chi waiting for us. Shah single handedly manages the garden voluntarily, so she always happy to have a few pairs of helping hands.

The jobs included going to collect an abandoned pallet she had spotted nearby for the garden, litter picking (especially those horrible cig butts that take several decades to decompose and end up in our waterways) and cutting away the brambles. We quickly dispersed, and after half an hour of picking, snipping and clearing, the garden looked much tidier.

All that was left was our fitness session, and this week we trialled a new coin flip based game where we used fate to decided whether we had the easy option - a conditioning exercise - or the tough one - cardio. After one too many tails, which meant the easy option, I did start to wonder if the coin was weighted, or that there was some sort of GG trickery afoot, but that was soon put right with a few heads appearing. You managed to escape the burpees though - until next week?!

Well done to Sophie for hitting her own personal target of 100km in January on the run last night - way to go! (I hope those extra few hundred metres I added on to the run helped!)

Next Monday we're off for our second session at the Battersea scout hut to hopefully finish off clearing their outside area, and as always we'll throw in a little fitness session. You can sign up for more GG fun here. Until then, happy running everyone!

Area Activator for Wandsworth and Hounslow. All things running. For fitness, fun, racing and to feel good - and for everybody!

Sorting out the planters