No time to dig, but plenty of talent 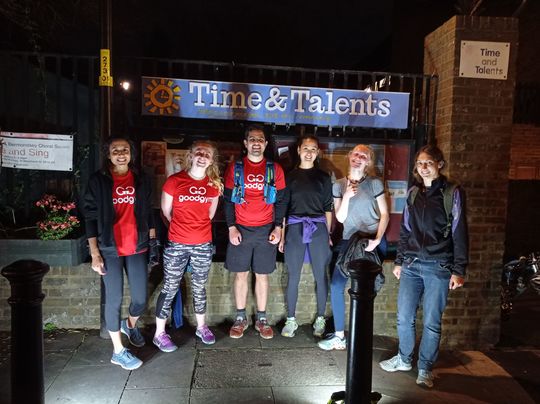 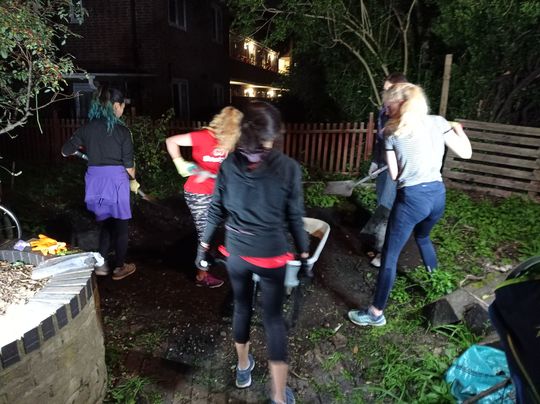 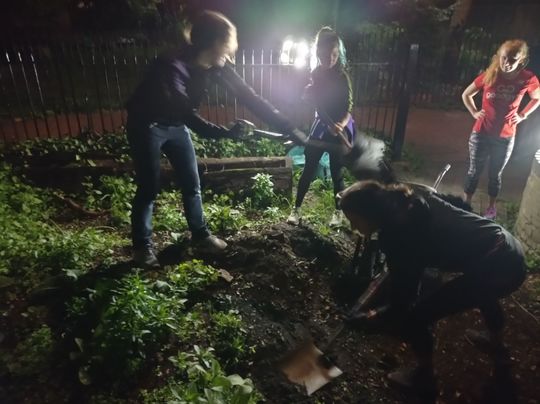 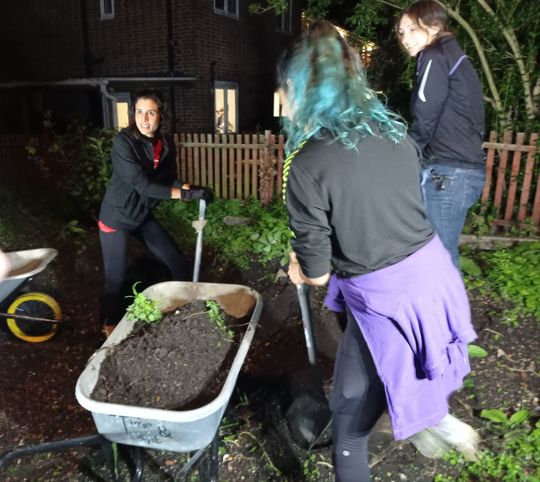 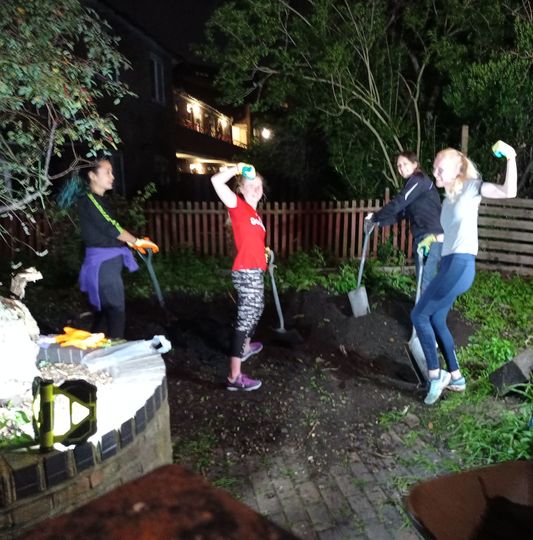 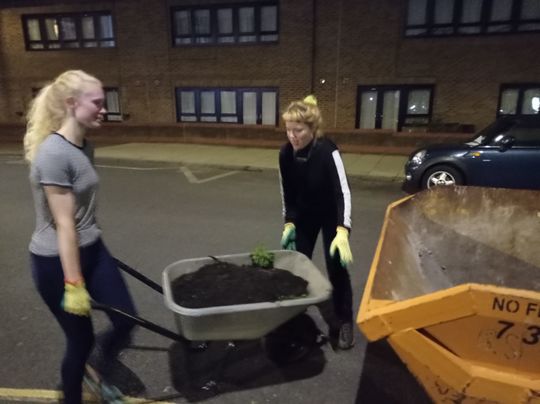 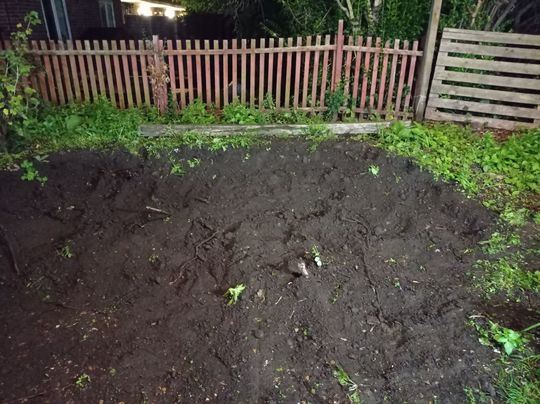 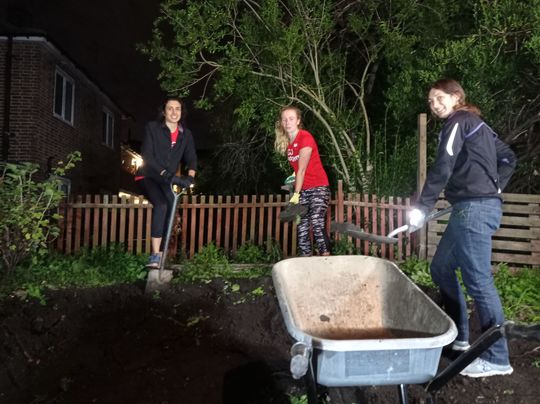 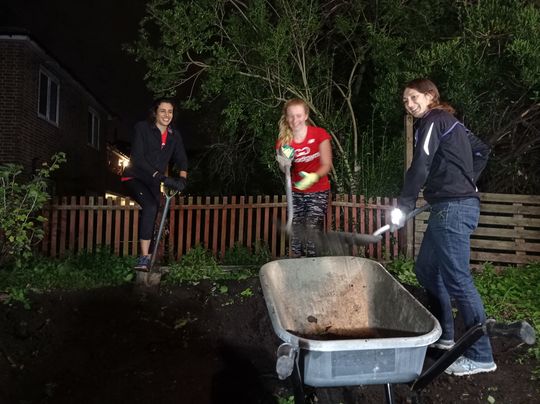 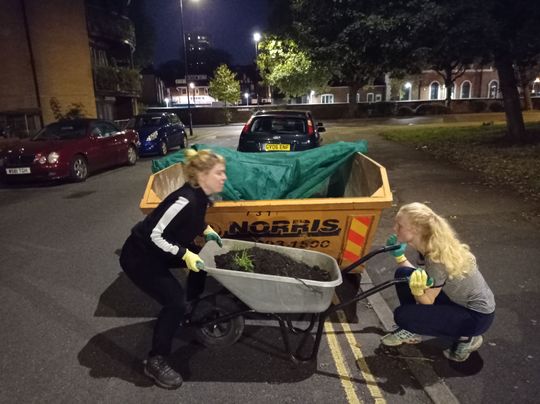 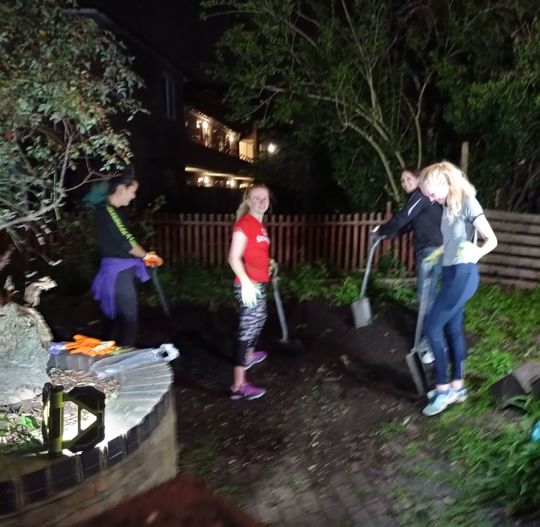 How do GoodGymers like their Vesper Martinis? Like James Bond, shaken not stirred as we like to shake up a community and not cause a stir 🙄

On a warm October evening, five GoodGymers met up for a Group Run from Old Spike Roastery in Peckham to Marychurch Oasis near Rotherhithe Overground Station. Newcomer (and recruited from Sam's tag rugby team) Jess was the first one present outside the cafe eagerly waiting (with nerves) for her first Group Run! Slowly, one by one, GoodGymers started to arrive! Natalia came for her second Group Run and to my surprise, Allie showed up out of the blue as it has been several months since I was saw her! Good to see "old" faces and great to see she was up for a Group Run again. Last, but not least, Fumina turned up for her 3rd good deed just as I was about to start the GoodGym "speech" and then the warm-up! After a quick blast warm-up, we steadily ran the 5.5k (yes, I admit...it wasn't 5k as I advertised 😝), which took us along Rye Lane into Surrey Canal Walk, across Old Kent Road, down Abercorn Way, shortcut to Galleywall and Southwark Park Road before joining Jamaica Road as we did a last push to Marychurch Oasis (Time and Talent). This run with a few stops for traffic lights and "breather breaks" took us just under 40 minutes. 💪

Being slightly late, Emma (who cycled in) and Phoebe (task owner) were waiting for us! They were pleased to see that we had arrived and Phoebe wasted no time in explaining the task as we did have 35 minutes instead of the original 45. Phoebe wanted us to dig up soil in a part of the Oasis that needed to be leveled down for future use and shift this (with the wheelbarrows provided) to an empty skip outside Time and Talent. This time, the portable floodlights were fully charged and helped with lighting up the digging area. With three shovels and two wheelbarrows, everyone took their weapon of choice and got stuck in. Naturally, I was on photographer duty, but still helped out with lifting the wheelbarrows and pouring the soil into the skip.

The time zoomed by as barrow after barrow, we shifted the soil from the ever-decreasing mound to the most mineral rich skip in the neighbourhood. 😂 Time does past fast when you're getting a full body workout (especially upper body) with the digging and lifting as well as talking about first dates! 👀 which was great to hear after the year we had that we're all getting back to some normality. Some great quotes from night:

Had my first date at Parkrun with a sporty man over the weekend....out of breath after the 3rd lap, so he spoke about himself, but got my 2nd best ever Parkrun time 😂

Planned to have a nice first date with a picnic....ended up having our first date at Wimbledon 👀

GoodGym is all about getting fit and doing good! We praise the runners/cyclists/walkers who come to get fit and help out, but we often forget about our task owners and I would like to take this opportunity to thank Phoebe for agreeing to stay late into the night and host us. I am sure we will be back as there is always plenty to do!

Hope everyone enjoyed their time at Time and Talent last night! Thank you for digging, transporting and pouring soil into a skip. I am aware everyone had the chance to do a bit of everything! 💪 Hope to see you on another Group Run or Community Mission soon!

Great report Sam, sounds like a fun GoodGym night out

Thank you Yusra! It was! Just need to get better with the timings, but apart from that the task, run and evening in general were great! 😊