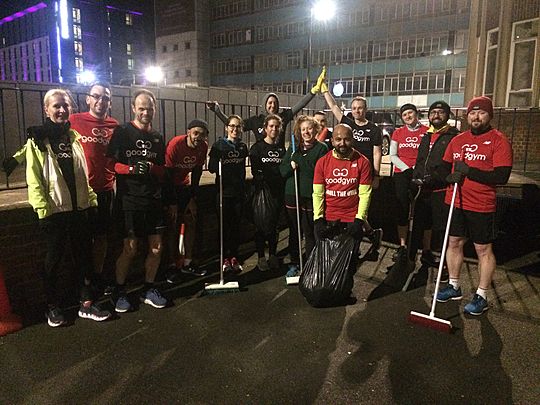 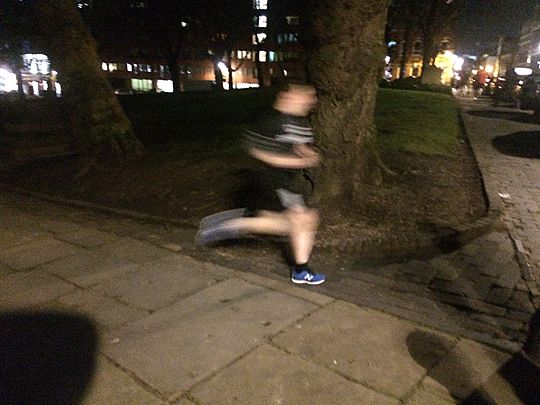 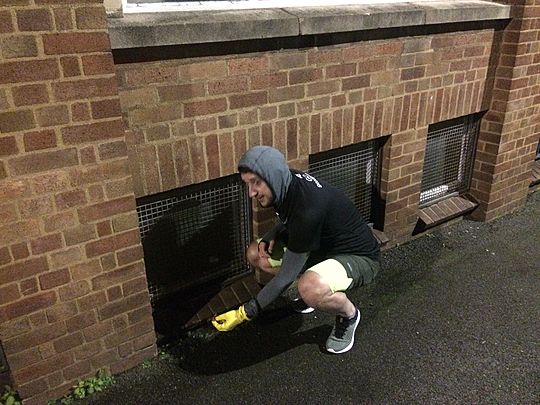 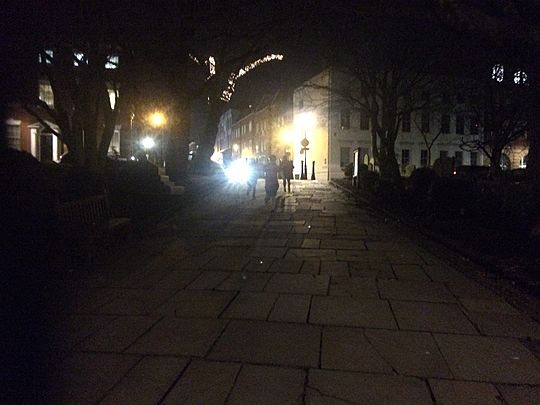 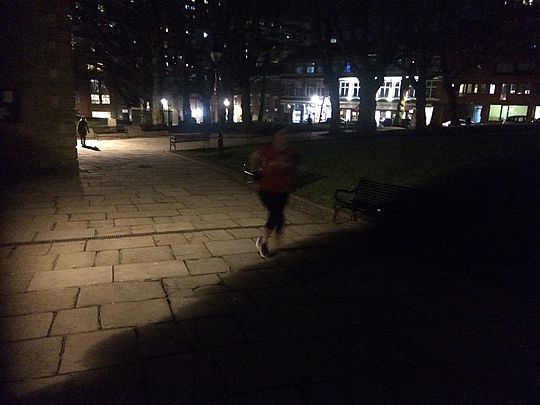 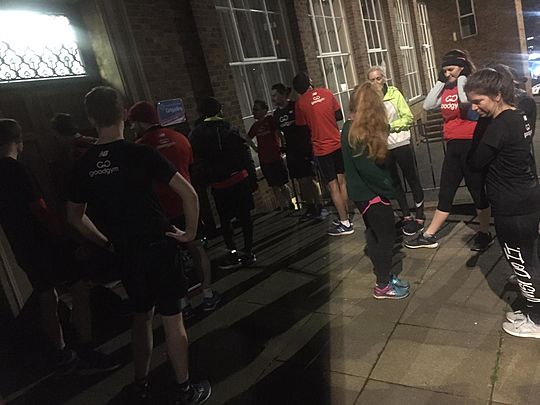 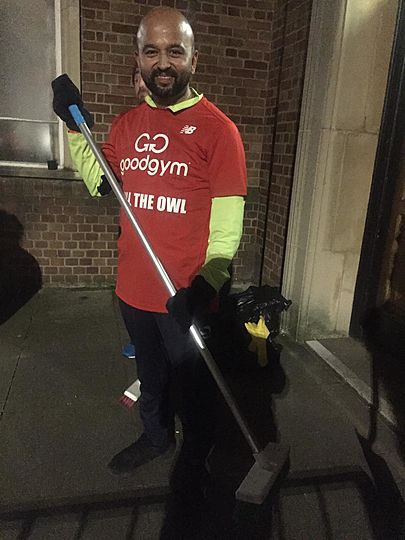 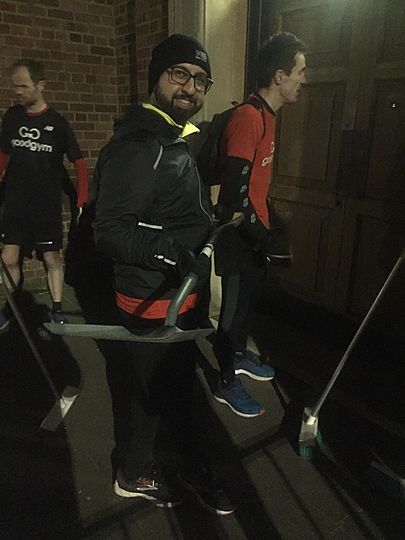 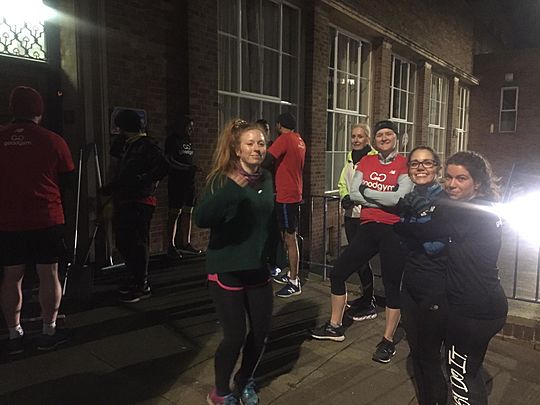 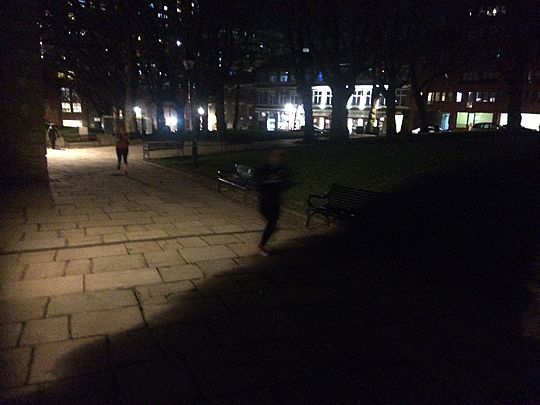 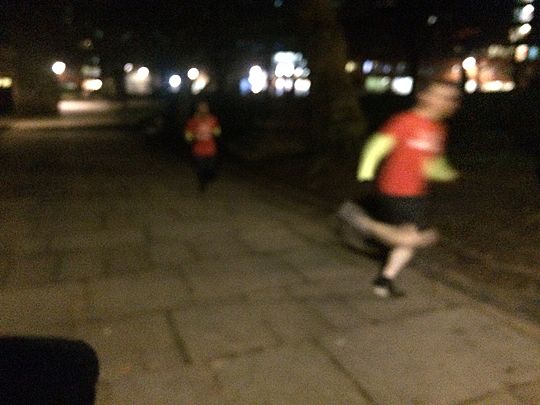 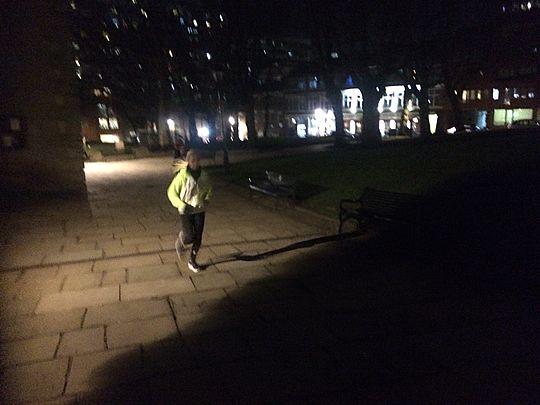 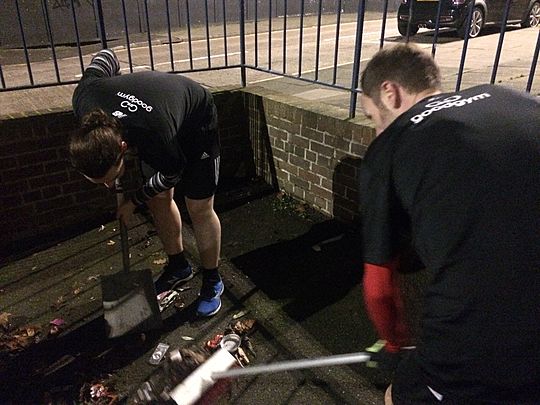 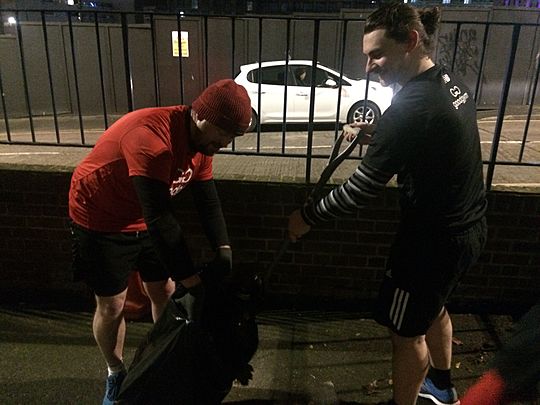 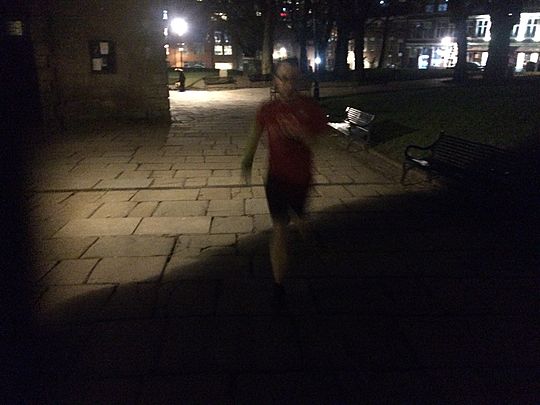 Tonight was a rather cold GG! But no worries from our group we still had a healthy attendance.

We set off on our way to the Girl Guide Association, Liam front marking and Fiona back. On arrival we were handed our equipment by Maureen, we even had a pair of marigolds that Rob and Liam shared! The task was to clear the car park of leafs and rubbish, the group did it in super quick time as I reckon they were keen to get moving again me thinks! We said bye to Maureen, giving her our equipment and marigolds back, had a quick picture and we were on our way again.

We headed a slightly longer route back along the canal, up to St Paul’s Square, were the plan was some circuit training. However due to the Brass Monkey weather I decided to change it too some interval running to keep the group moving. The session was 8 times 30 seconds hard efforts, with a 30 second jog recovery. The route was a little circular circuit around the square, including a short hill. The group did a class job, John was light on his feet, Cesca used a fantastic arm action, driving her up the hill and Annie was pushing hard on each rep. A special mention goes to Rahuul, who despite doing not one, but two half marathon races at the weekend, for one thing made the run, but also put in some great work on the intervals. Of course as ever though, the whole group was fantastic working hard chasing each other around the circuit!

Once done it was just a few minutes back to 1000 Trades and the warmth!