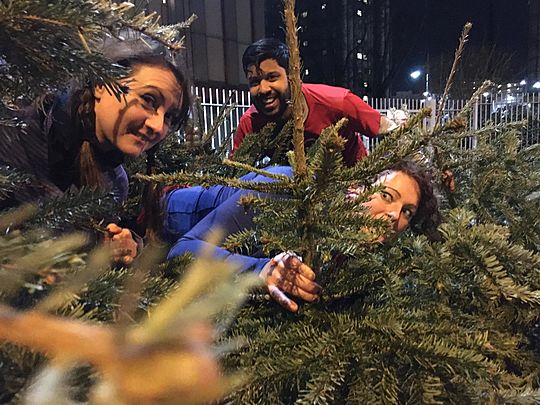 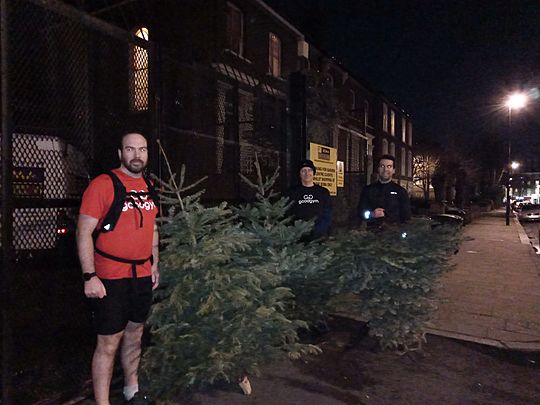 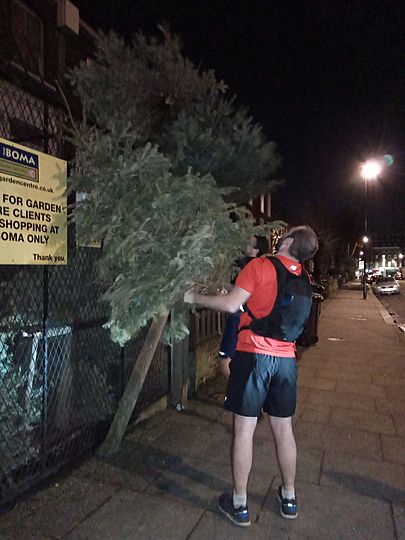 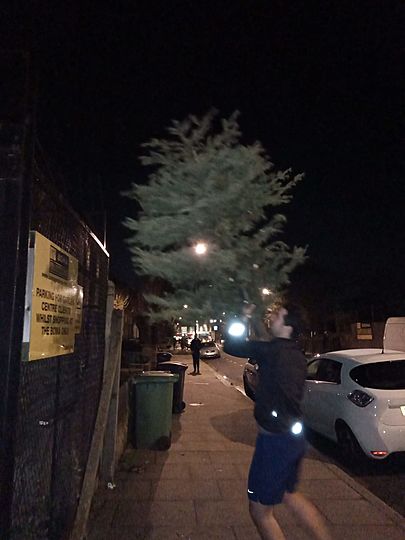 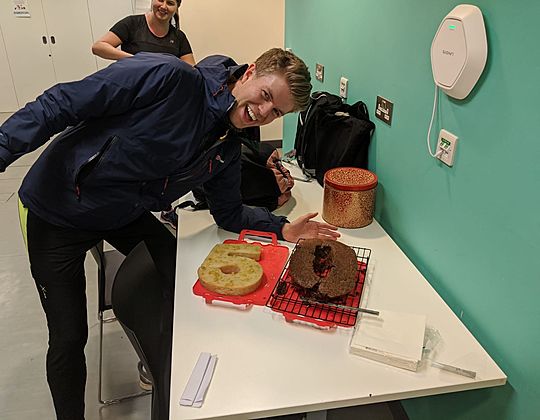 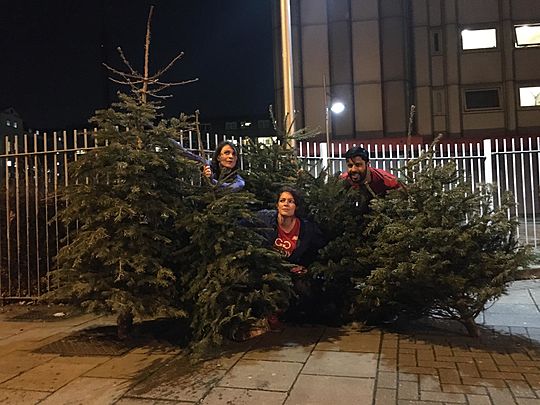 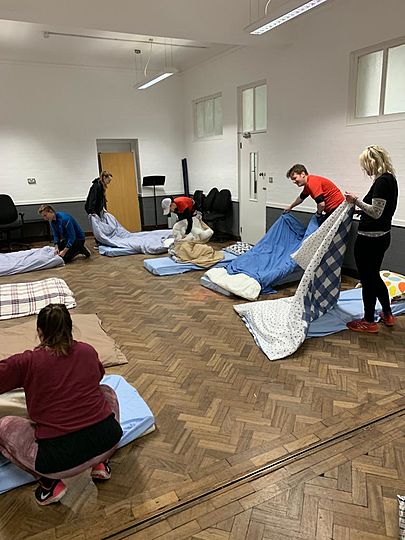 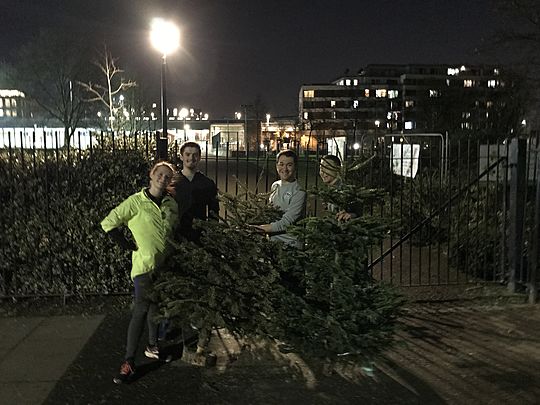 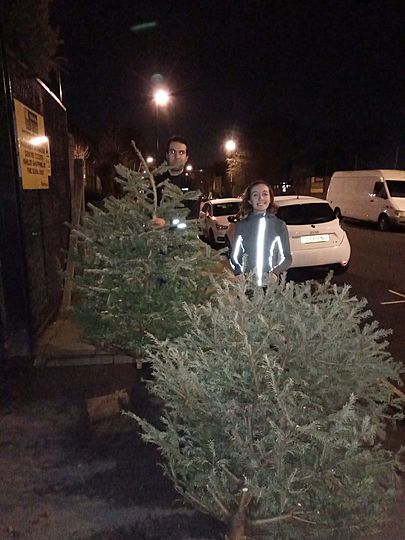 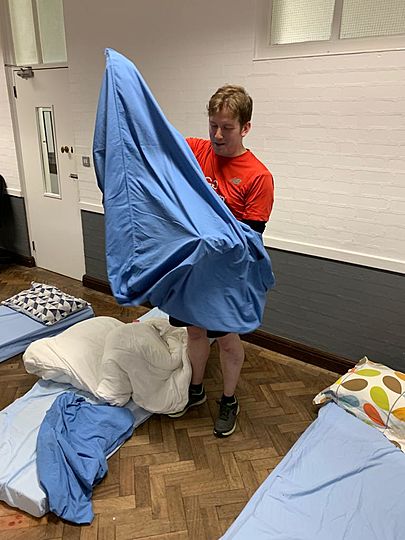 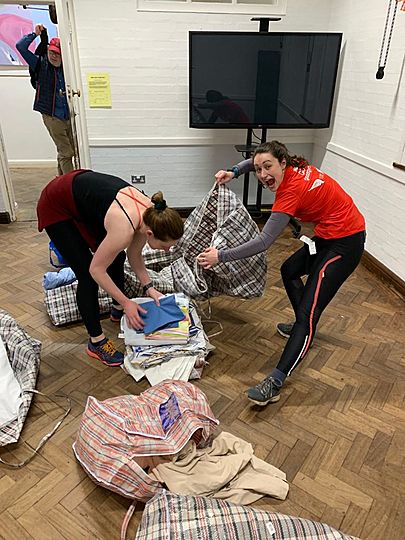 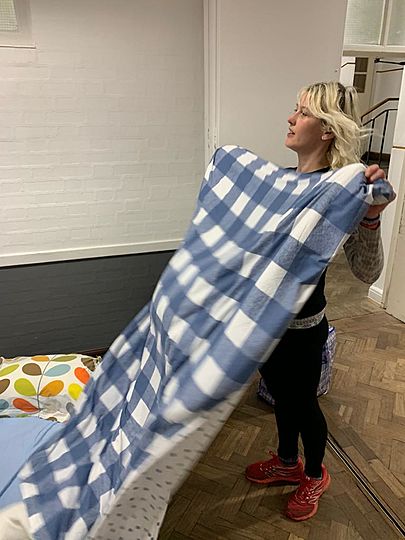 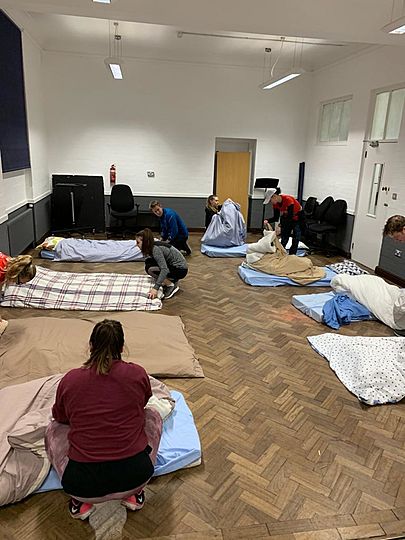 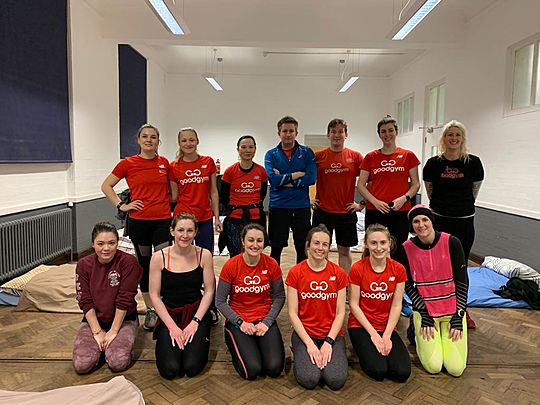 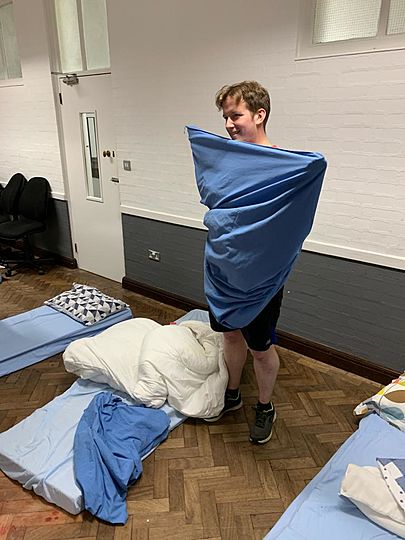 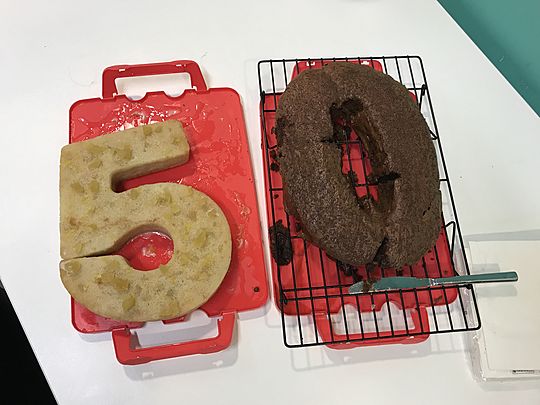 34 GoodGymers hit the ground running in Camden last night as the final of the Christmas Tree Run loomed large.

We tried an slightly-earlier-than-normal intro speech so we could set the American International Church team off to avoid a crossover. From the good feedback we got from it, I'm going to keep doing this until our runs to C4WS finish at the end of next month.

N.B. If you can, try and get to us at St Pancras & Somers Town Living Centre for a 6:55 start (not the normal 7pm) for the next 6 weeks, it would be really appreciated. This is to minimise the crossover with the homeless shelter users and us. I'll keep reminding you about it in the GoodGym Camden weekly email on Mondays, just in case.

Tonight was also a special night for me as I - finally - hit 50 Good Deeds! Dear runner, you'll be pleased to know that I have - with all the haste of a thousand winds - ordered my black t-shirt and will be wearing it at least once before going back to the Trainer Red t-shirt. Thanks Abi for the shout-out and Liz for baking two of the most delicious cakes I've had in a long time. That chocolate one just melted in my mouth. Delicious. Go and give her a cheer if you had a slice.

10 of us ran 3km to help the American International Church with their winter homeless shelter. We made up 10 beds very quickly and then had a chat with Jonathan, the Minister. He said that they have had over 30 guests so far this season, the majority of whom have since gone on to more permanent living arrangements - a real testimony to the dedication of the team’s holistic approach to caring for the local homeless population.

Jonathan invited GoodGym to their Volunteer Appreciation Supper on 6th May - it would be great to have some representatives from GoodGym there, so do put the date in your diary and go along. We'll pass on more info closer to the time.

Tonight was the final outing of the Second-Annual Camden Christmas Tree Run and boy did we get some miles in! Collecting 23 trees this late in January was a great effort and well done all who took part.

Without further ado, the results you've all been waiting for:

It was lovely to see a mix of old and new-ish Camden runners running together in last night's teams. I was out on a Sadiq Bike (they change name with each new Mayor, right?!) checking in on a few teams as the competition was going and seeing you all sprint around, plan your attacks and lug trees to the various collection points all in the spirit of GoodGym was brill. Keep coming back - you're what makes good GoodGym so well... great!

COMMUNITY MISSIONS, AHOY! As the January Challenge approaches week three, we're cracking on with missions. Fancy volunteering at the Ally Pally Parkrun this Saturday 8:30-10? A few of us are heading up there and you're more than welcome to come along. Community missions are a good way to get a feel for what GoodGym's about without the numbers we usually get on Wednesdays, especially so if you're really busy in the weekdays as a lot of us are.

Sally's leading another community mission down in SE15 with Plastic Free Peckham from 2-4pm on Sunday. If you're feeling extra good, why not try both?

It's also the first Crouch End Open Space (CREOS) community mission of 2020 this Sunday 11-1pm. There was also talk of an after-task picnic, potentially with some cider in the sunshine. They're a lovely bunch up there and I'm sure they'd love to see even more people come along.

NEXT WEEK Normal Christmas-tree-less service resumes next Wednesday as we run back to C4WS (homeless shelter). A bigger group of us are running to Cecil Sharp House for the first time in 2020 for some weeding, clearing and tidying up of their garden spaces. Come one, come all.

Have a great week (and don't forget to get those Strava profiles linked to add your miles to the Camden January Challenge)!