20 runners ran on a training session in Hammersmith and Fulham. 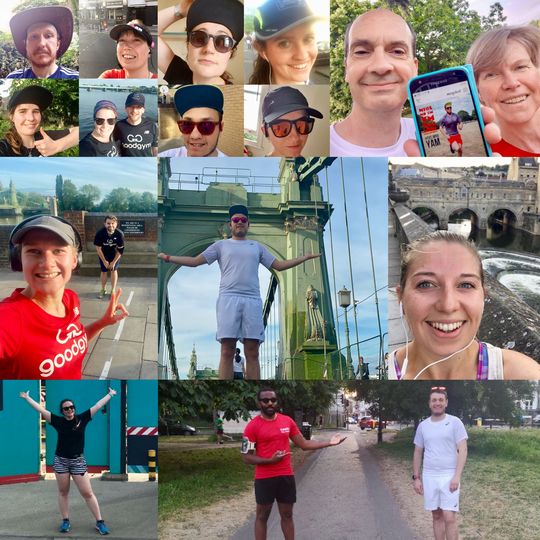 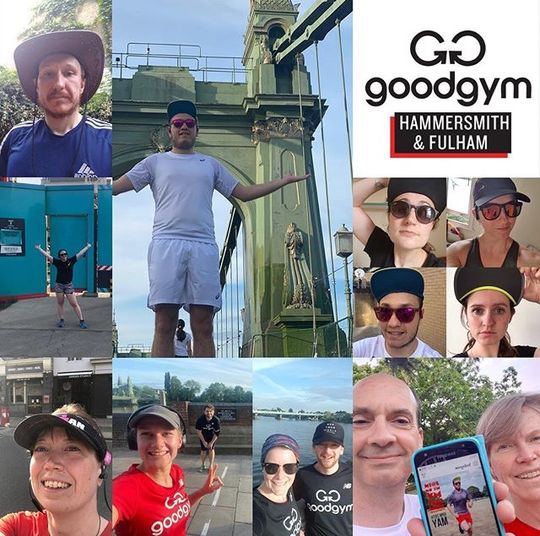 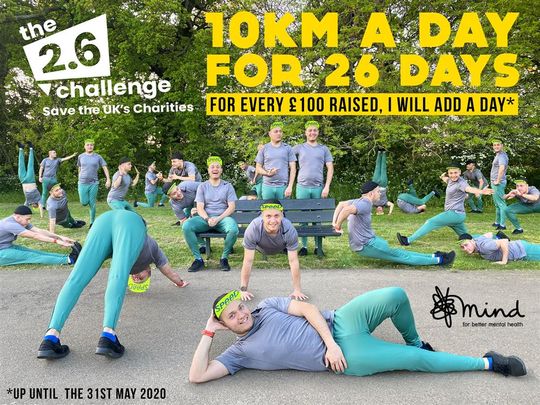 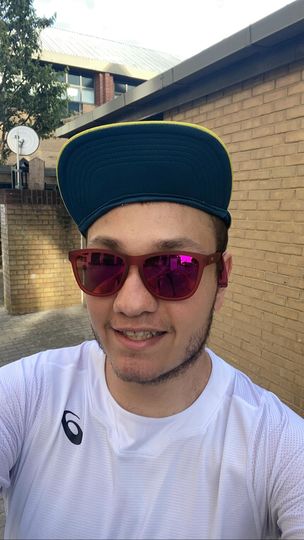 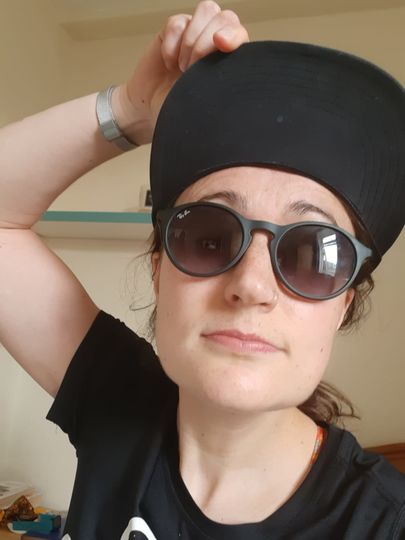 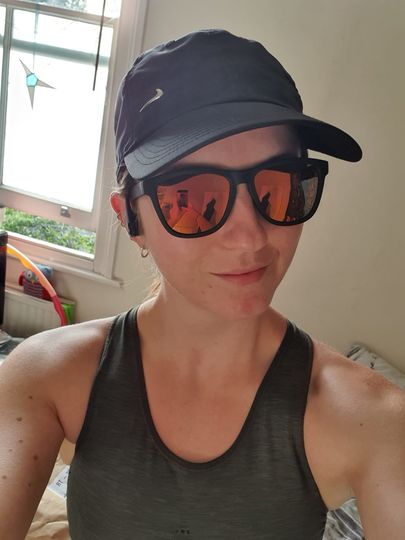 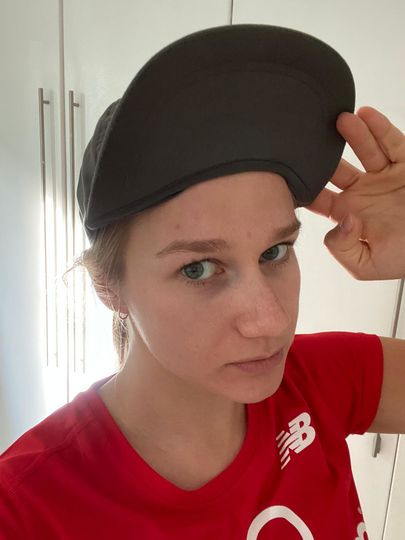 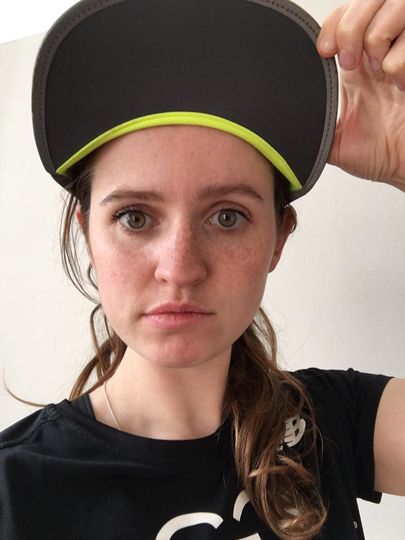 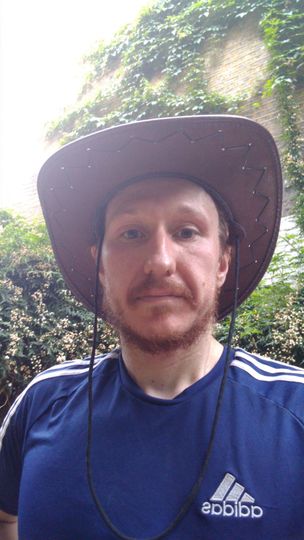 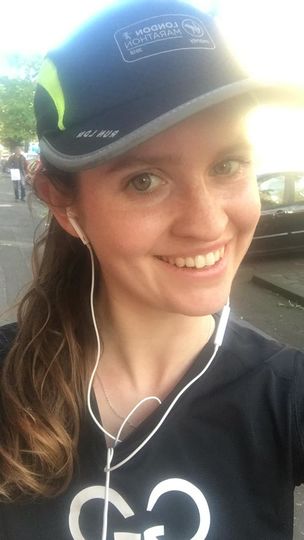 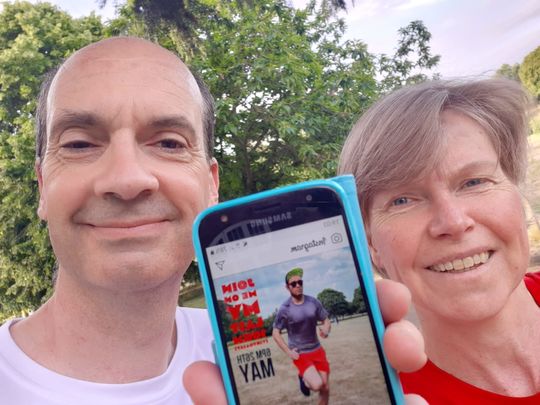 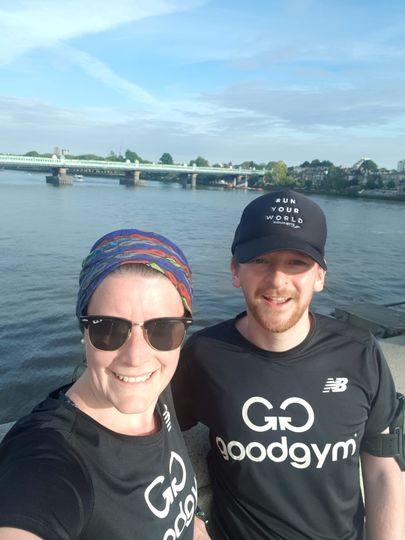 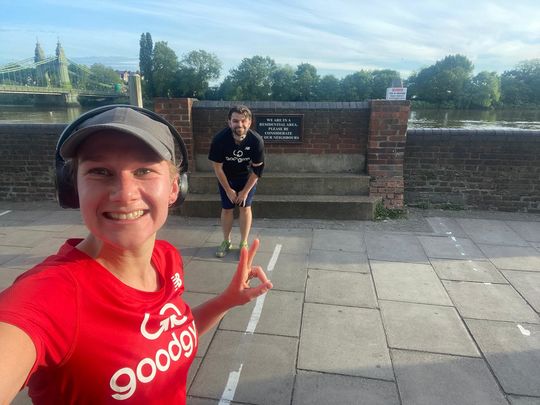 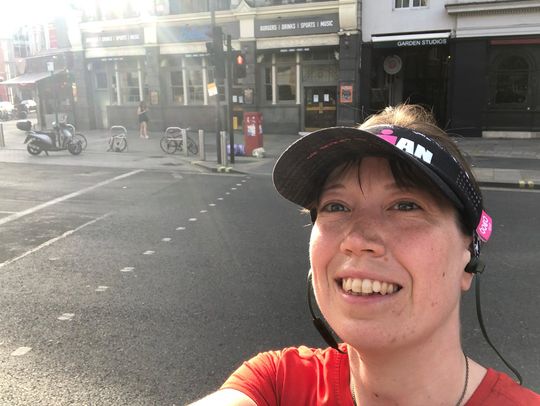 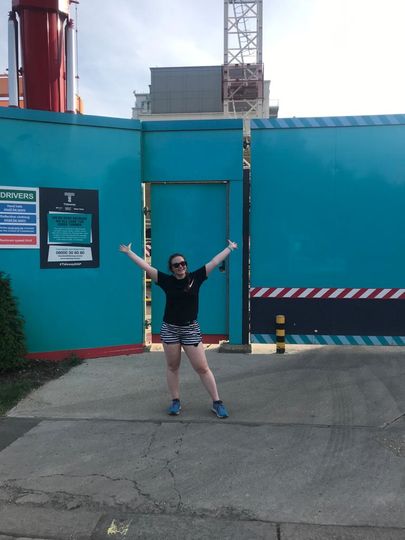 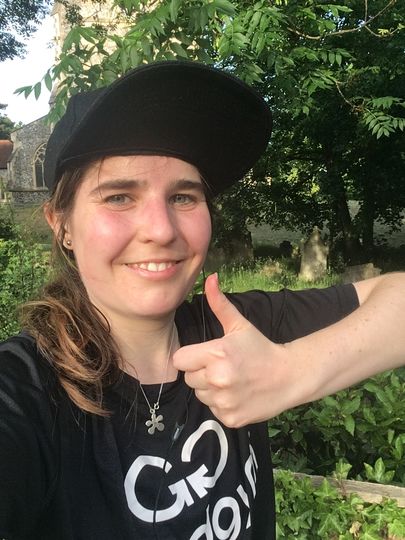 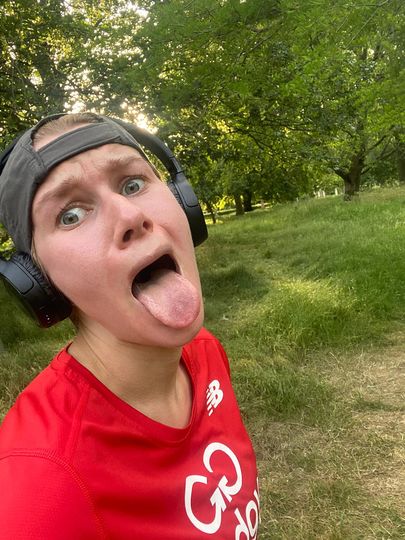 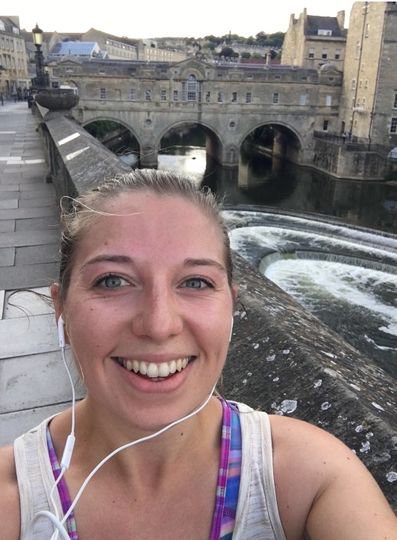 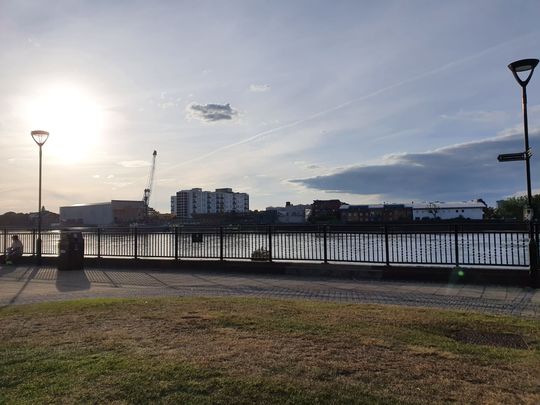 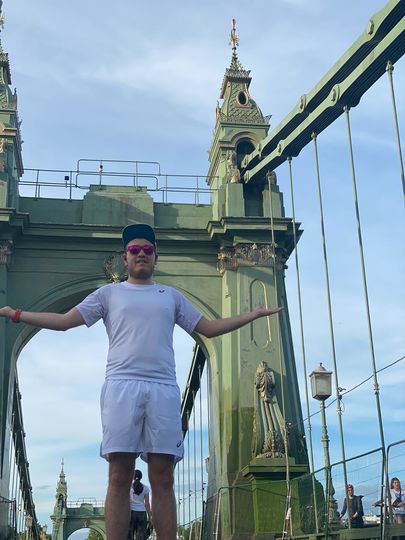 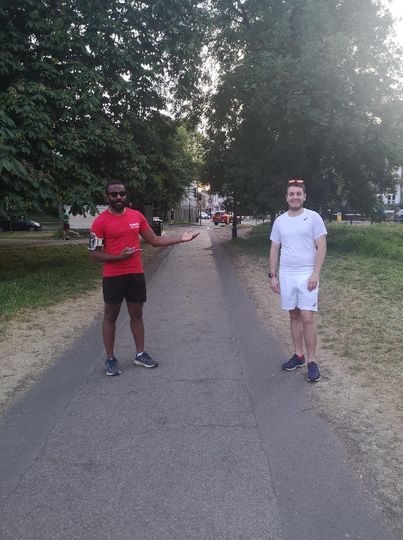 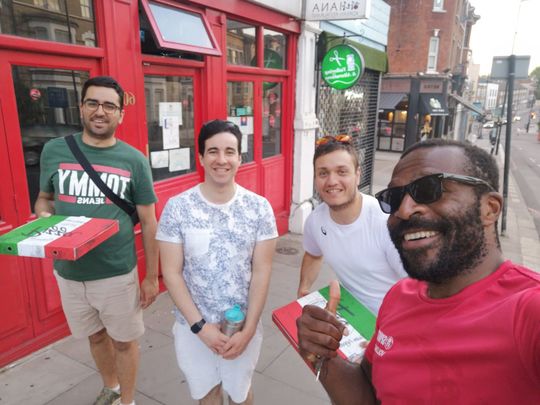 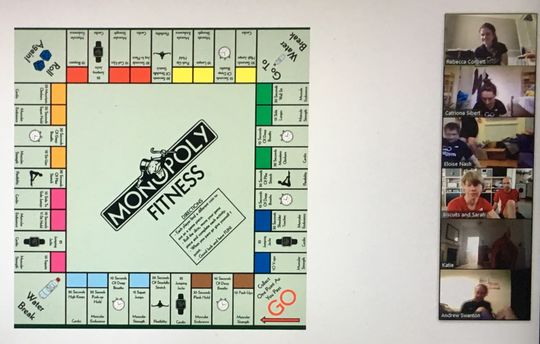 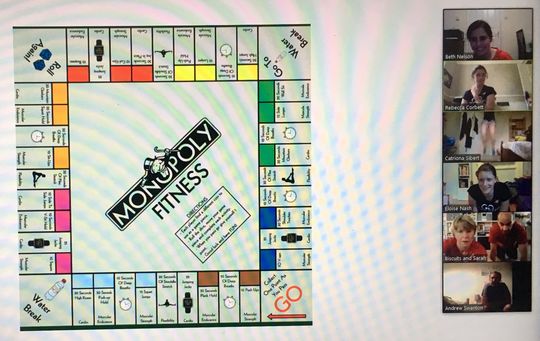 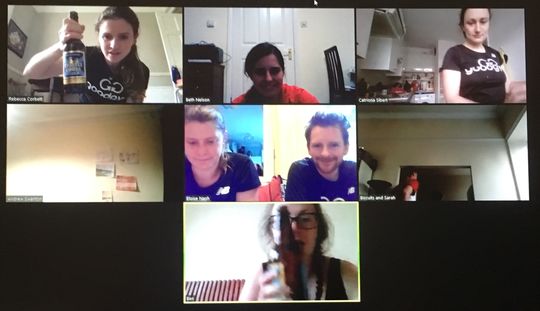 On a hot and sunny Tuesday, GoodGym H&F came together to ‘virtually’ support our hat wearing running speedster, Speedy J on the last of his ‘10km a day for 30 days’ challenge!

It’s been 11 weeks(!) since the last H&F group run, so it was a real treat to come together all over the UK and run a virtual run in support of Speedy J!

Speedy J gave us our start waves and instructions for the virtual run: put a stylish hat on 🧢, choose a route 🏃, stick on the Speedy J Spotify playlist 🎵 and most importantly, at the end make sure you celebrate and take a photo 📸…’because if it’s not on the grid did it even happen?!’

A few minutes before the off, Speedy J snapped a photo of him ‘10km run ready’, stylish hat ✅, sunglasses ✅. As the clock struck 6pm, Speedy J and all those who had chosen the 10km wave set off. At 6.20pm, the 5km wave headed off, closely followed by the 3km wave at 6.40pm.

Making it feel like an authentic Tuesday evening group run, Katie ‘I’ll meet you at the task’ Hodges, informed us all that she was quite literally running late for the 10km wave start time, true to her word though she completed the 10km and by the end, like many other had red cheeks to match her red GG tee.

The virtual runs provided some surprise encounters with fellow runners, all at a socially safe distance of course, Alice bumped into Catriona, and Katie bumped into the birthday boy, Cookie! Happy birthday, Cookie! 🥳🎉

It wasn’t long before the WhatsApp group was filled with lots of finisher photos and of course, hats! There was even a cameo from our beloved, Belushi’s taken by Helen. The award for best hat went to Andrew as he channelled his inner I'm a Celebrity's ‘Kiosk Keith’.

Overall, an impressive distance of 146.51km was run by the GoodGym H&F team, putting into perspective what an amazing feat Speedy J had achieved by running 300km over 30 days!

Next up was some fitness fun, Monopoly style! Sadly, we did not have the monopoly playing pieces, so alas no hat but we did have dice, a hand-drawn version of the board and some scrabble letters to keep track of which square everyone had landed on.

Catriona followed and was off to a flyer after rolling a couple of doubles! Eloise seemed to hit the exercise spaces as Matt steadily made his way round the board, like Bex, landing on lot of deep breaths and a water break.

Feeling zen and relaxed from their yoga, Sarah and Biscuits joined in and quickly landed on mountain climbers, a push-up hold and lunges, lots of energetic exercise to replace their former feelings of zen!

Andrew ensured he got his full fitness fix by joining everyone with their exercises. At one point we all wondered if he had springs in the floor as managed to get some much air on his squat jumps!

Hats the way to win

Eloise and Bex made a late surge to the finish line but Catriona held on to her lead as she triumphantly passed 'Go' for the second time to be crowned queen of fitness monopoly!

We rounded off the evening with a happy hour, in which it turned out the Scottish cider, Thistly Cross was a favourite refreshment choice for both Lucy and Bex. We began with 3 toasts 🍻: to Speedy J for completing his challenge, to Cookie to celebrate his birthday and to Catriona, not only for being the queen of fitness monopoly but to congratulate her on her new job.

The happy hour chats flowed from dinner choices to lockdown hobbies, a debate around Adriene (love her or hate her?!) and ended not with cake, but with a magnum off! It was wonderful to see everyone's faces and have a lot of laughs with friends on a Tuesday evening, top evening all! 😊 Hopefully see you all again soon!