We loved tonight's task, so much so that fireworks were flying - We caused no of'fence' though!

19 GoodGymers made their way 4.0km to help the Gladstone Primary School in Cardiff. 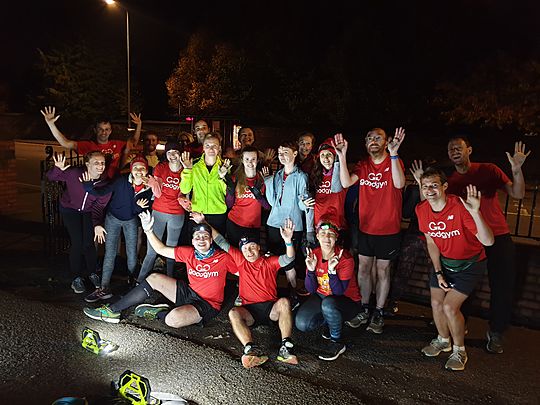 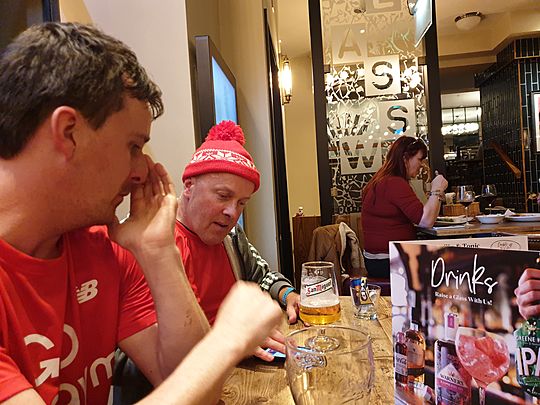 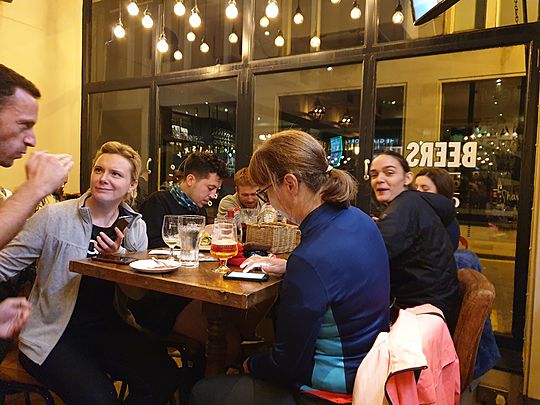 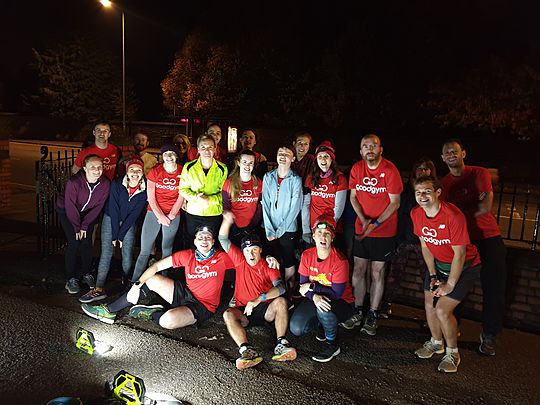 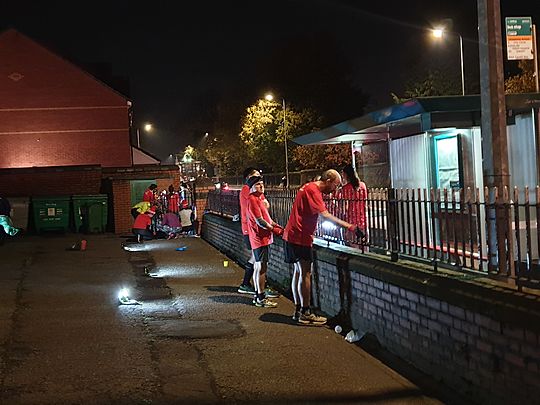 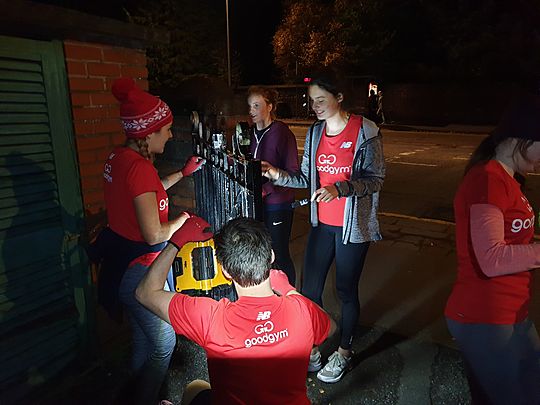 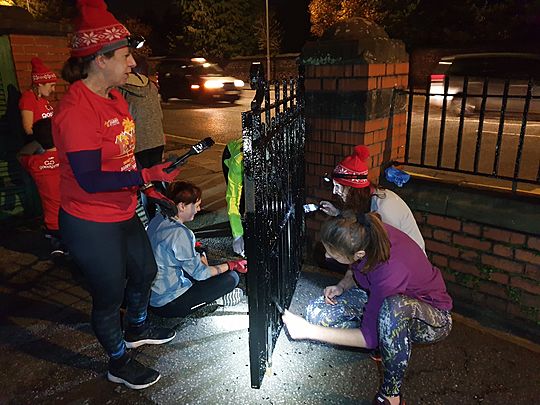 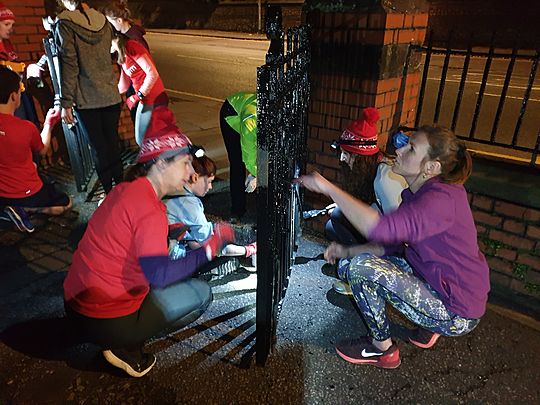 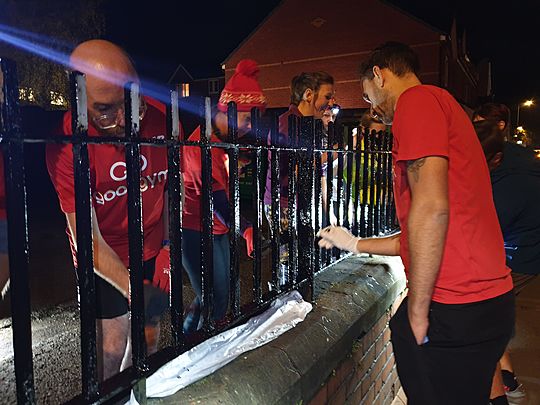 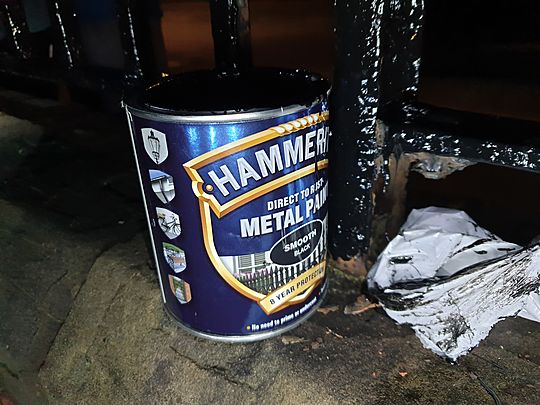 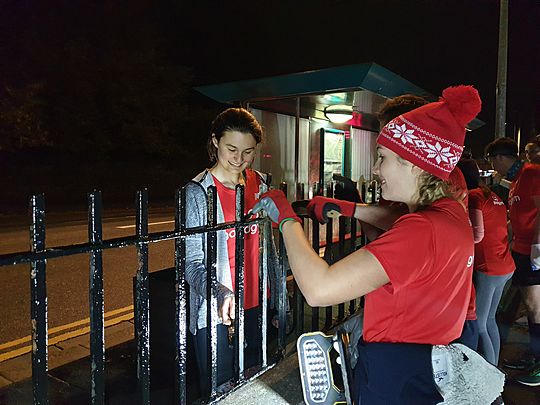 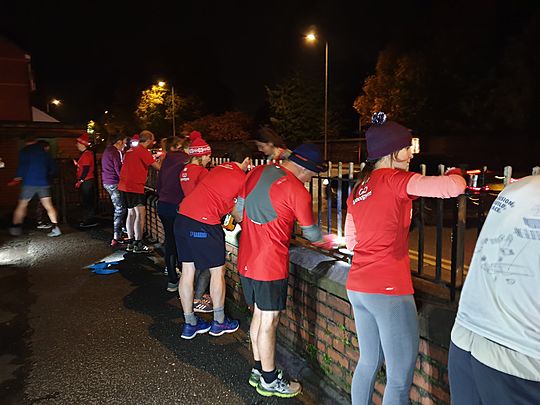 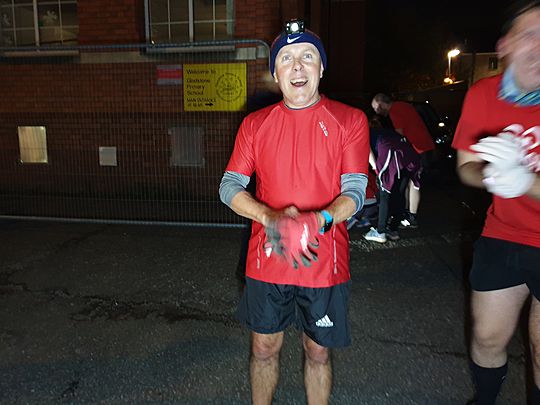 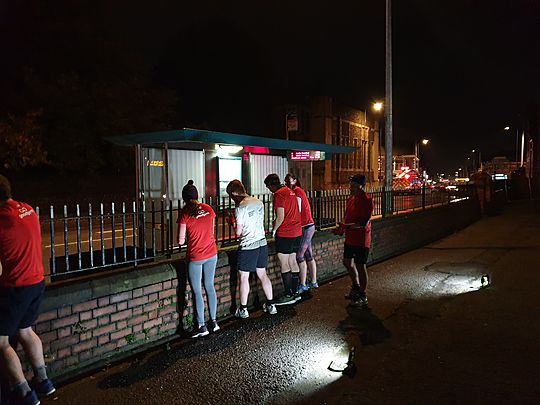 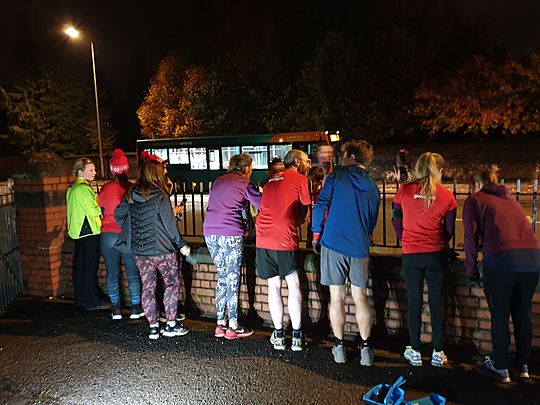 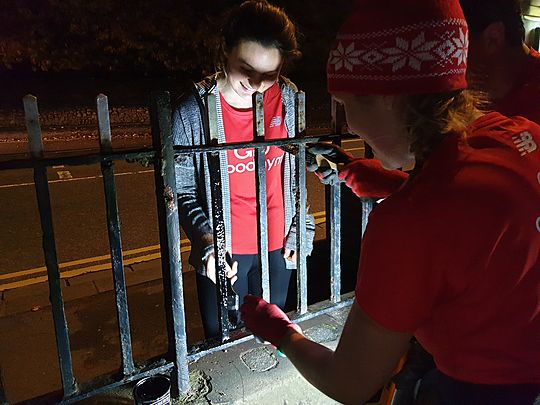 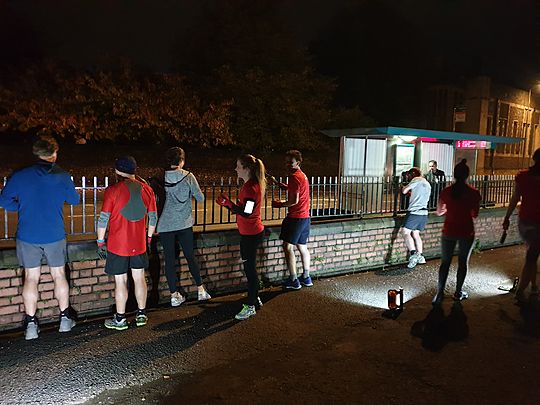 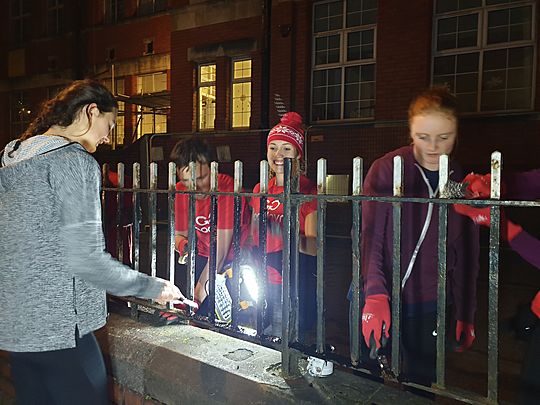 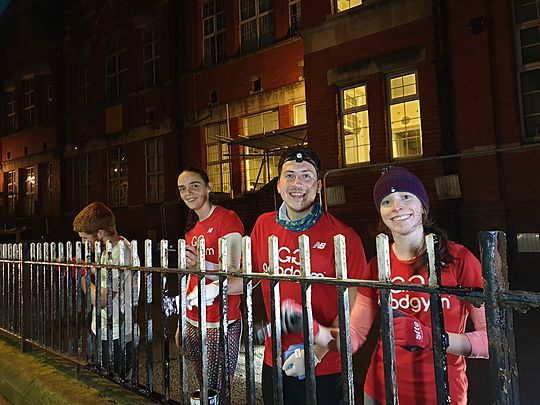 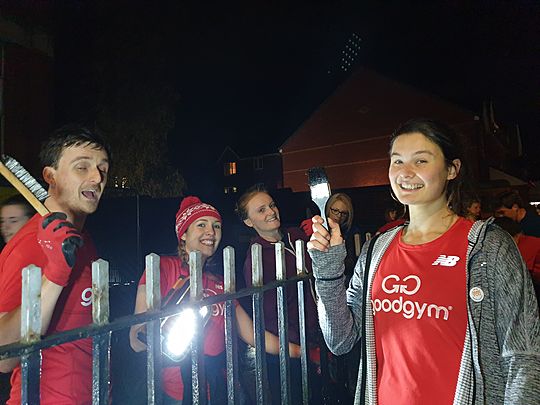 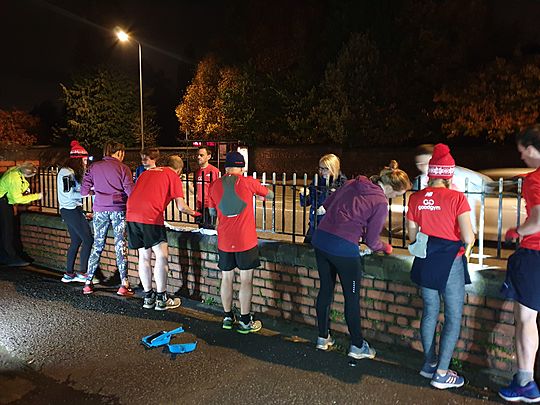 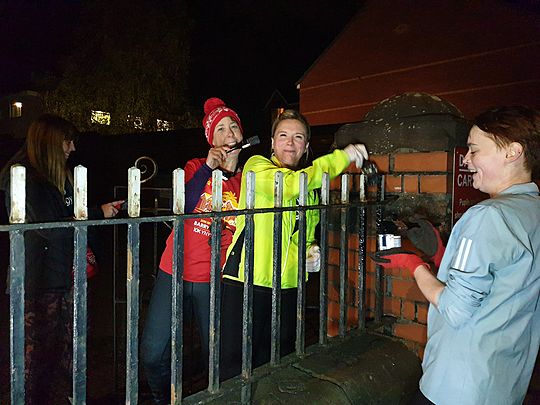 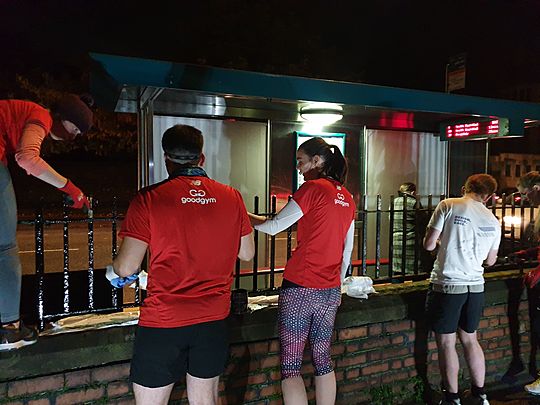 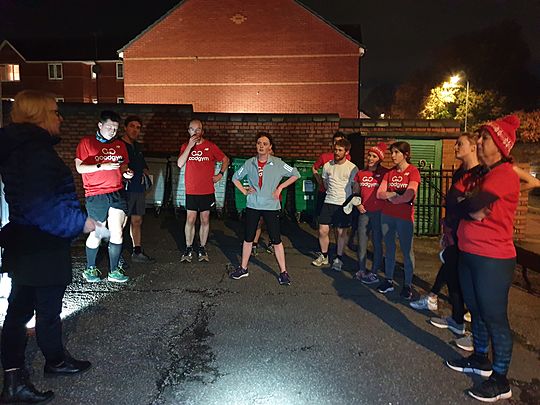 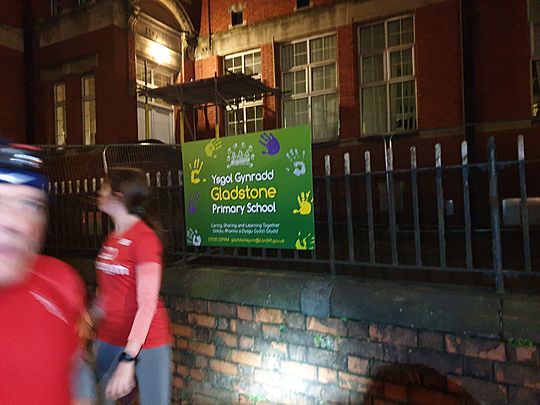 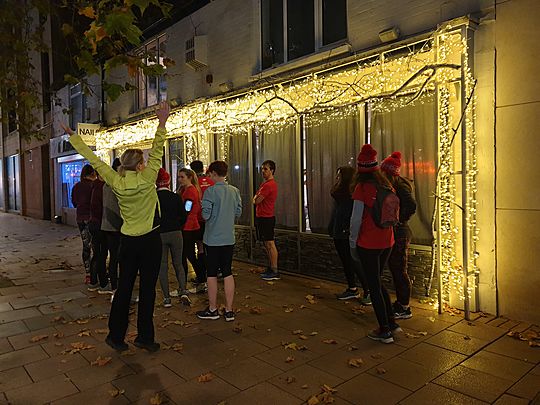 Fireworks were flying at tonight's task! 20 runners attended GoodGym and had so much fun at Gladstone Primary School

This evening, 20 GoodGym runners turned up to get fit and do good in Cardiff. The run started with warm up games in order to get hearts racing and muscles ready for activity. We acknowledged runners achievements:

We headed to tonight's task in two groups; Ellen led the sexy group and Ben led the speedy runs

Donna told runners about Gladstone Primary School and the tasks she had laid on for the evening. Runners were tasked with wire brushing old paint off the fence and then repainting it black.

Much conversation was had at the task, and whilst participating in the task, Peter, Martin and Mikey all shared stories from their recent holiday to Istanbul. Wire brushing the paint comes with its challenges; flicks of paint came off the fence and runners had to dodge them - Fortunately everyone had quick reactions!

We spent 40 minutes helping at the school and it was safe to say the fence looked pretty impressive after we'd finished the task.

Thank you so much everyone for your help!

Paula and Donna were extremely thankful for our help this evening and both expressed enthusiasm for us to help there again. We are looking forward to helping out there again ourselves!!

After completing the task Ellen led the sexy group of runners back to Big Moose and Ben led those runners who wanted a speedy run. Everyone then participated in a post run warm down and discussed all of the exciting social events, community missions and group run tasks coming up in the next few weeks/months.

After completing the run we were filled with a sense of pride - Helping out in the community feels absolutely great!

After the run we like to socialise. Approximately half the number that attended tonight's run headed over to the Glassworks pub for drinkypoos.

Rosie has claimed a spot on the tweet off leaderboard - Great work! Nobody can now take you off it.