12 runners ran 6.0km to help their local community in Greenwich. 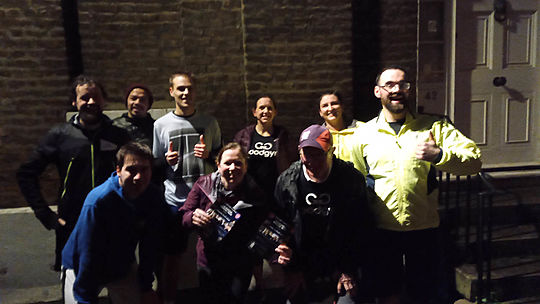 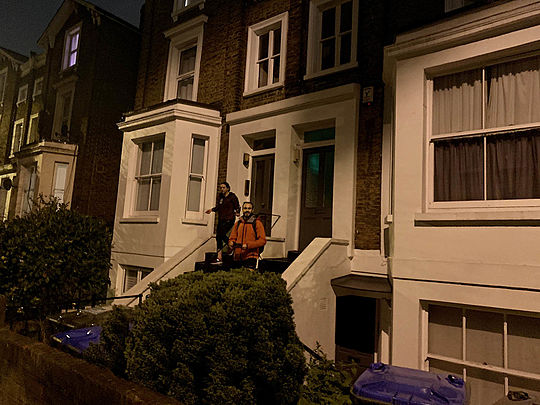 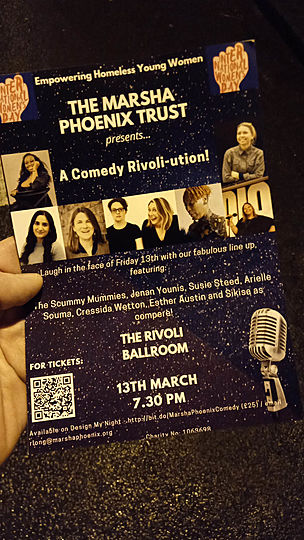 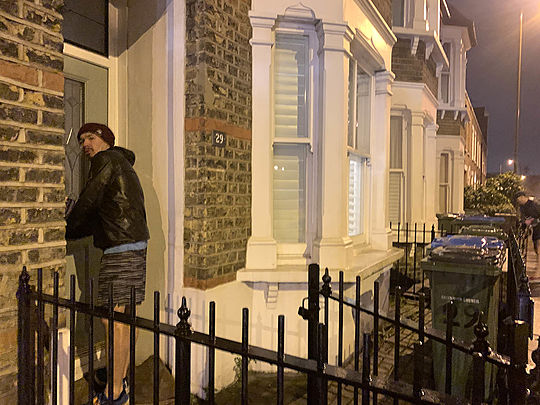 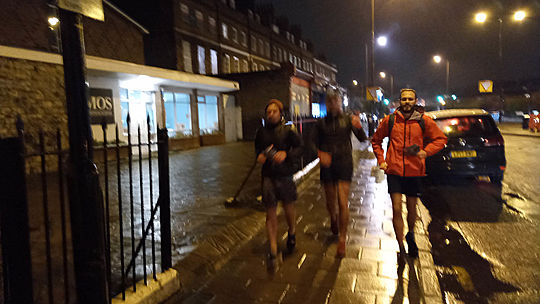 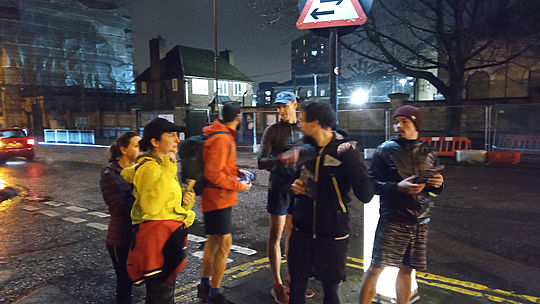 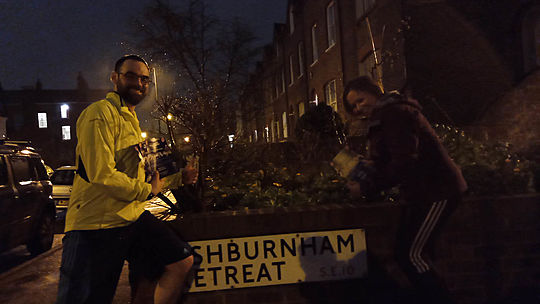 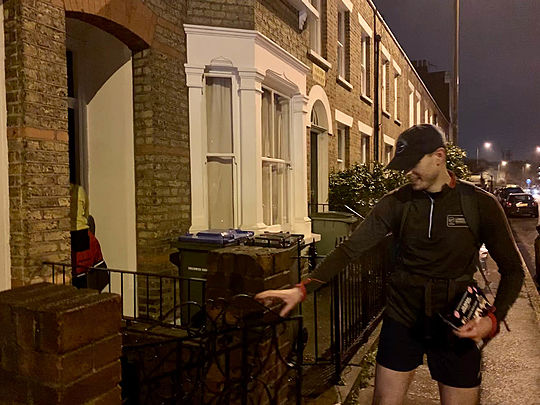 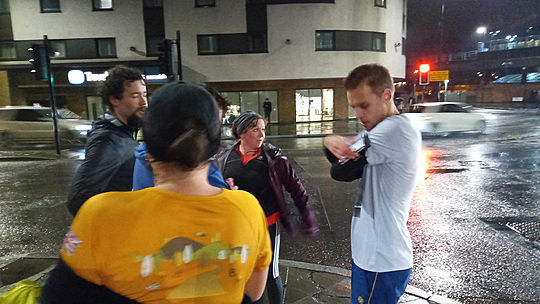 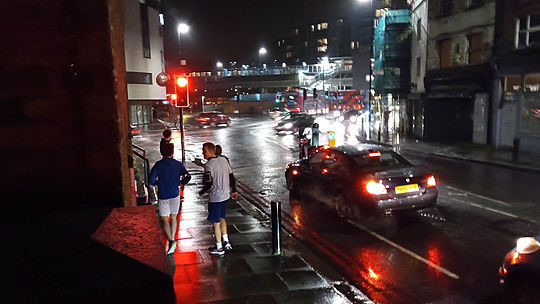 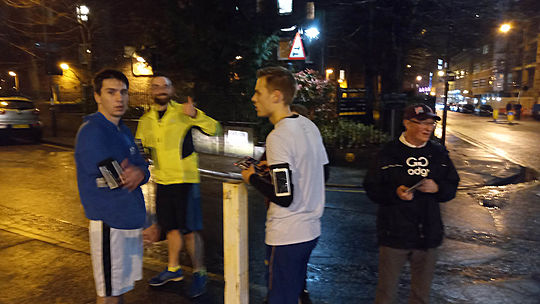 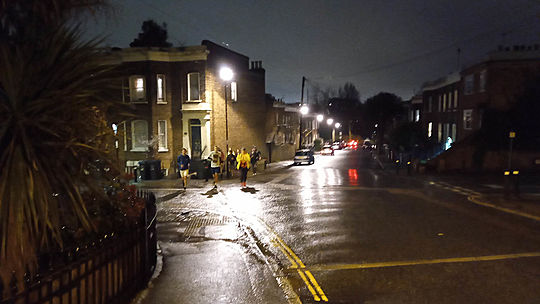 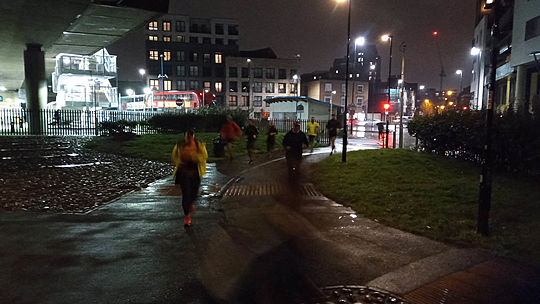 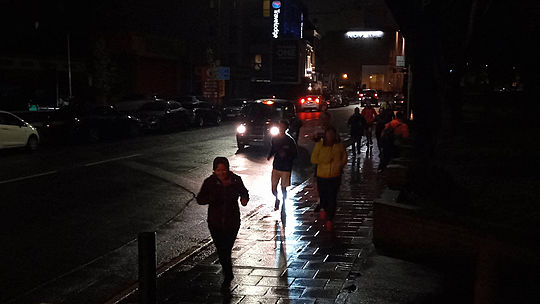 Despite Trainer Sarah being off-duty tonight, plenty of sore legs after The Big Half on Sunday, and being blessed with some decidedly English weather; I was chuffed to see 11 of you out tonight for a slightly longer run to help the Marsha Phoenix Memorial Trust over near Hilly Fields.

This included Antonin on his first GG run, and Mathis on his second. We also had some tourists over from Lewisham and Wandsworth. Welcome everyone, thanks for coming out!

After stowing our stuff securely, and a quick warm-up on the immaculate (but wet) grass of the University, we set-off the 3km or so to Brockley. With as many crossings as we had to pass, it was pretty straightforward staying all together, despite the dark and rain.

At the charity, task-owner Lorraine was able to tell us a bit about the work they do there, and why fundraising is so important to them. Marsha Phoenix Memorial Trust is a supported housing project, which provides hostel accommodation for young women. Their mission is to give young women a secure base from which to develop self-respect, independence, and purpose.

They’ll be hosting a comedy show this month to raise funds for the centre.

On our return trip heading back into Greenwich we split-up and distributed the flyers around any houses or businesses where it looked like the people inside might need a laugh. Amongst those on the bill at the gig will be Arielle Souma, Susie Steed, Cressida Wetton, Sisika, Jenan Younis, Esther Austin and The Scummy Mummies.

Those of us that hadn’t peeled-off on the way back had a thorough stretch on the colonnade before heading off home. Don’t forget, if you fancy it or know someone who may, the gig is next Friday the 13th at the Rivoli Ballroom in Crofton Park.

Before we go, a few news bits I didn’t want to trouble you with out in the cold…

Check yourself before you Rec yourself

Last Thursday some of the GG Greenwich team went over to Paddington Rec in Maida Vale to see Achilles International. We were helping some of their visually impaired runners get some distance in around the open-access running track there. It’s totally straightforward to do, and they’re a proper fun bunch so sign-up here for when it happens again this month.

Also at Paddington Rec this Sunday we’ll be volunteering at the Junior ParkRun. If you’ve never tried it before it’s well cute of course, and a far better spectator sport than seeing adults race.

Sunday gone was The Big Half race, London’s biggest Half-marathon. As one of the host boroughs GoodGym Greenwich are usually at the top of the list for £10 places, so keep your ear to the ground if you fancy it next time around.

London’s second biggest half-marathon, Hackney Half is on 17th May. GoodGym will be operating several aid stations along the route. Sign-up here to be involved, it’s always a good laugh and you’ll get a free bib for a subsequent VirginSport race for your trouble, as well as other loot.

GoodGym are also providing volunteers for adidas City Runs: 1 Hour on 5th April. This time the task is bag check, and the incentive is a free bib for a subsequent City Runs event, including for the FIRST EVER Islington Half-Marathon in November!!! What a time to be alive…

Thanks for spreading the GG word Mathis , Pieter and Stephen for photos and help co-ordinating, and Alex and Steve for helping lead from the other end. ;-)

You’ve another visitor next week, Nicky from over in Lambeth will be leading you down to Christchurch School for some gardening. Sign-up here for that one.

Thanks so much and see you again soon I hope!

Danny
enthusiastic about getting GoodGym to more people