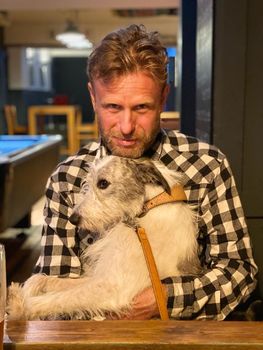 Stephen Tolfree went to a social

In contrast to the Tardis, the Camel pub turned out to be smaller inside than it looks from outside. However we found a snug corner for the six of us, a warm haven from the cold outside.

Stephen Tolfree signed up to a party.

It's your last chance to come to our monthly social this year!

It never rains but we pour

No fewer than 10 GoodGym members turned up tonight, promptly at our meeting point by the changing rooms in lovely Meath Gardens.

Why were we here?

Holding a Green Flag Award, this gorgeous park is well used by the Tower Hamlets community. There are some incredible plants, flower beds and bundles of donated, young trees in this park. Newly-planted trees, in particular, need to be watered regularly when they're young in order to survive, become established, and to thrive.

Friends of Meath Gardens are a brilliant group of committed, dedicated residents who work year-round to help maintain and boost this urban oasis, but due to the warm and sunny summer we're experiencing, with a lack of rain, the park needs many pairs of hands to help water.

What did we do?

With no active water points, it's a question of distributing water all over the park with many buckets, a few wheelbarrows, a couple of trolleys with partially inflated tyres, one tap and one canal.

This is a very sociable, fun and physical task. It works the lower body, and all of the upper body, particularly back and shoulder muscles.

After a solid hour of wheeling, lifting and pouring, we were ready to call it a night.

We gathered by our favourite fallen tree for a speed-stretch of every muscle going.

Well done everyone: three weeks of heavy watering is no mean feat. A brilliant contribution to Meath Gardens. And a big shout-out to Si​ for tonight's terrific pun.

Stephen Tolfree signed up to a community mission.

We have been asked to return to the gardens, to help water this popular green space.

Stephen Tolfree went to a social

39 GoodGymers and their friends (two and four legged) came together for the first GoodGym London North vs South of the river rounders tournament.

Teams were split into roughly those from GoodGym boroughs North and South, but there were a few more Southerners, who in the end represented the winning team...but more on that later.

The next semi final saw Ninety Nine Problems, but a Northerner ain't one play Southern Spitballers and this wasn't a close affair as the Northerners put 14 rounders on the scoreboard leaving the Southerners with a difficult task to beat them. They managed 5 rounders before the whole team were caught or were run out.

We came to the 3rd/4th place and Southern Spitballers batted first, but could only manage 2 rounders as the rules changed to five outs and then we swap over. No Runs Northerners had a bit of a scare as they were 1 1/2 rounders from victory, but the Southerns had to get two more out. With grit and determination, the No Runs Northerners pushed and ran their half rounders to eventually score 2 and 1/2 rounders to win 3rd place!

By the time, it came to the final, misty rain swept in to make the surfaces slippery as a few players found out... Ninety Nine Problems, but a Northerner ain't one smashed 7 & 1/2 rounders. Which ended up being enough to secure the tournament as Southern Softies, even with big hitting Ed could only manage 5 rounders before five team members were caught out.

The team celebrated their victory with a "Champagne shower". Well done to Paul, Claire, Laura, Anna, Sam Smillie, Aaron, Maia and Jake (all Sam's friends) for winning with Ninety Nine Problems, but a Northerner ain't one!

We're on for the next rounders social in Victoria Park on the 16th of July! Sign up if you can make it. Watch out Northerners...the southerners will be practicing ⚾👀

Living on the hedge

Skies were blue, sun was out, temperature mild...It was the perfect backdrop to a terrific Monday evening task.

We were due at the Hollybush Estate at 7pm, to help Margaret trim the laurel hedge, by the family area.

Why were we doing this?

The laurel hedge bordering the fences of the estate's allotments and garden is pretty, no doubt. It creates an important microclimate for the raised vegetable beds belonging to the estate's residents.

However, it can grow a little high, and it can grow outwards, taking over vegetable beds, making the area hard to access, as well as becoming a bit of a pest to pedestrians as they navigate narrow pavements on the other side of the fence.

And so it was up to a 14-strong team, to help Margaret of the TRA chop the laurel and other greenery back, bagging and binning, sweeping and clearing as they went.

It was hot, it was hunger-inducing but it was successful. And it was an upper body extravaganza, as the team reached for the higher branches, working skilfully in pairs to tackle the hardest-to-reach top of the hedge in the absence of a step ladder.

As always time, flew, and it wasn't long before we were tying the handles of the last bin liners; sweeping up the final lime-green laurel leaves and posing for that farewell pic. And congratulating our Liz on her 50th good deed :)

We split into three groups at 8pm: those running back to the hotel; those heading home for dinner, and those stopping at the pub to rehydrate.

Stephen Tolfree signed up to a group run.

Margaret's been in touch with a whole array of important summer gardening tasks...