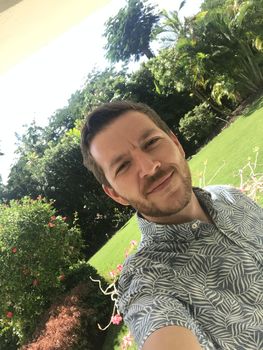 Matty Holder signed up to a party
Party

Join us in University Parks for a game of Zombie Tag and other Halloween-inspired activities.

Matty Holder signed up to a party
Party

We have 2 tasks tonight. This is the early shift at Oxford Mutual Aid, and there will also be a task at Meadow Lane Recreation Ground starting at 6:10pm. It would be feasible to make it to both if you want a full evening of GoodGyming.

We will be based inside Richard Benson Hall preparing food parcels in the food bank and helping the delivery drivers load them into their cars. We will do some restocking of the shelves too if there's time.

Please wear a mask. Anwen will be at the hall from 4pm, so feel free to turn up any time between 4pm and 4:30pm.

Some adults (Kathy and Phillipa from RHILC) tried the Bike course, and some adults (including Ruth, Ellie, Amy and Matty) also tried balancing the tennis ball to win a sticker! Matty failed to do it whilst eating a biscuit but did win a leopard sticked eventually! He also found a lucky rubber band on the ride which apparently you are meant to post into a post box to cheer up the postmen (they are always loosing them apparently!)!

Refreshments were expertly made by Eleanor and Chris From RHILC plus Emily and Trev making Hot chocolate for kids. On our social ride we met a mule named Falco who is training for Walk for Earth, Ecocide!
Merlin a local artist came and did a quick painting of some of the action!

The sun shone and fair to say we all cycled home pretty happily exhausted Enjoy your bikes guys :) Trev

Shooting over to Shotover, and beyond!

7 good-gymers ended their Monday on a high with a walk over to Shotover Country Park.

With a route pre-set by Rachael, all that was left to do was have fun!

We found plenty of items for nature bingo; including puff-ball mushrooms (that were close but not quite ready to puff!). Fungus McGhee Matty (resident expert) suggested they only had a few days left before they were ready to burst - so anyone who might fancy a trip from today onwards; you should be in luck!

Some very kind passers-by could spot us struggling to take a selfie a mile off, and very kindly papp’d us while up on Shotover hill; sadly it was too cloudy for a glorious sunset, but never the less, a beautiful view.

With plenty of elevations and a few map dilemmas, we walked and talked for nearly 1.5hrs, working up quite the post ramble rumbles. Louise was off to peruse the centre isle at ALDI, while Vicky had worked up an appetite for another run. Amy H continued on home and the rest of us enjoyed a Curry in Headington. With insight from Amy W and Matty we settled on ABC; which was a great shout. The food was delightful, it was great value, and we learnt all about Meysam’s new hobby; if you want to know more you’ll have to ring him up and ask him!

Such a lovely evening Gang; lets do it again soon!

We've been given access to the Roger Bannister Track for a running session this evening.

Track sessions are great for all speeds and experience of runners - since we run around in circles no-one can get too far ahead or behind the group!

We will do an introductory session including a warm up, section of fast and slow intervals, then a cool down jog at the end. The principle is similar to a HIIT session, where you alternate sections of higher effort with gentle recovery sections. Everyone will run or run-walk at their own pace, so the faster runners will just have to complete more intervals in the time ;-)

Open to all, come and join in!

We will meet outside the main reception to the sports centre. Please ensure you are there by 7:40pm as I won't be able to come back out to collect latecomers.

Matty Holder signed up to a group run
Group run

Some residents of Meadow Lane have formed a gardening group and are planning to plant up a strip 1m wide along the edge of Meadow Lane Recreation Ground. They have asked for a GoodGym flash mob to help them prepare the ground by digging out the turf and weeds in preparation for planting. A strip by the playground has been started, and we will extend this.

Sunset is at 7:04pm, so we will want to get working quickly, but Meadow Lane is street lit, which will extend our digging time.

Wheelbarrows, forks and spades will be provided. You may prefer to bring your own gardening gloves, but they aren't completely necessary for this task.

Meeting options:
* Anyone wishing to run or walk to the task as a group please meet in the car park of the Richard Benson Hall, 276b Cowley Rd at 6pm. There will be running and walking routes planned. There won’t be a bag drop available.
* If you would prefer to meet at the task please meet us on the corner of Jackdaw Lane and Meadow Lane at 6:10pm.

I am hoping to get a booking on the Roger Bannister Track for 7:45-8:15pm and will list that separately once it is confirmed.

Trying our hands (and feet) at climbing

10 GoodGymmers enjoyed an evening of indoor rock climbing - ranging from top-rope to bouldering - capped off with an attempt at slacklining!

The garden at the Highfield unit is looking WAY less bramble infested now after our regular work over the spring and summer. This last evening visit of the summer (and of the year!) was an opportunity for a good tidy-up before autumn sets in.

Weeding, raking, nettle pulling, and - of course - bramble lopping were the tasks of the night. We even found buried treasure as we unearthed some teeny tiny potatoes. We replanted them in hopes of a full crop next year.

Side note: only at GoodGym would the declaration "I found a potato!" receive the reply "What? another one?!".

Several of wheelbarrow loads of weeds and grass cuttings were removed, ideas discussed for perennials which might bring some colour to the planting next year, and we were all done before 7:30pm sunset.

We were grateful for water and juice from the ward staff - thank you!

Welcome back to Oxford Jessica L and congrats on your 10th Good Deed!