13 runners ran 5.6km to help the Riverdale Court in Bexley. 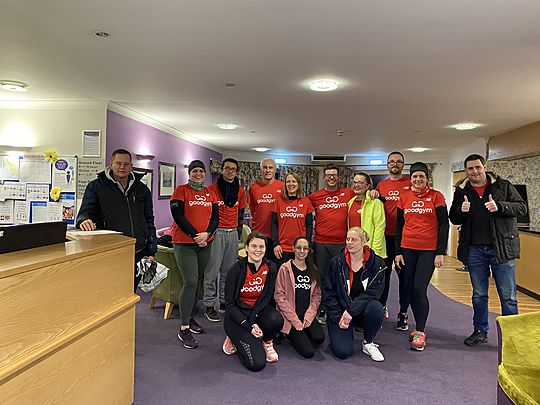 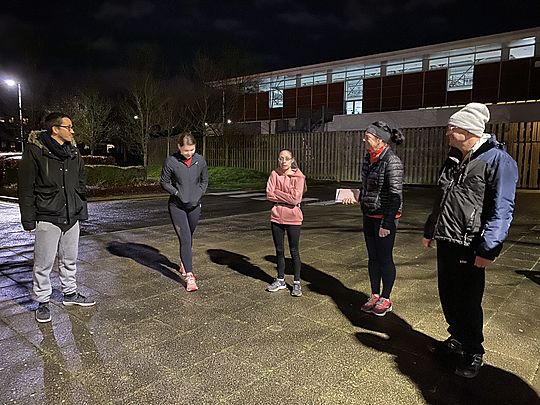 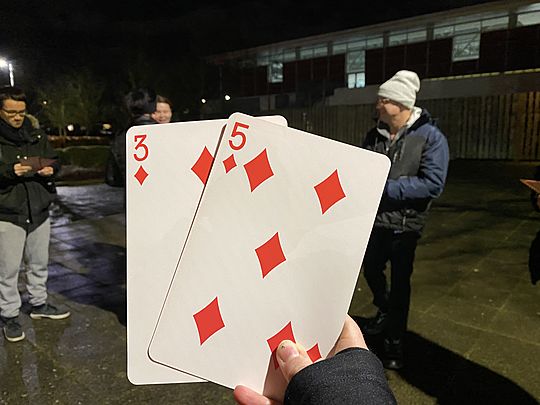 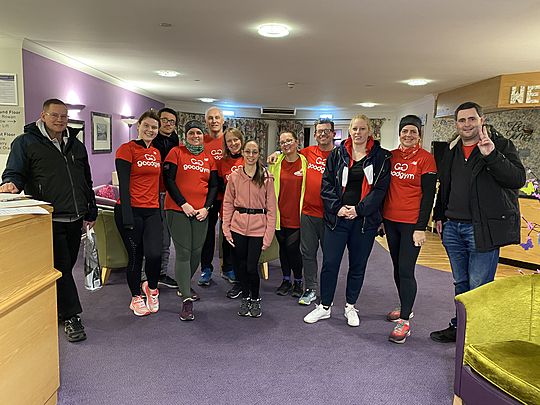 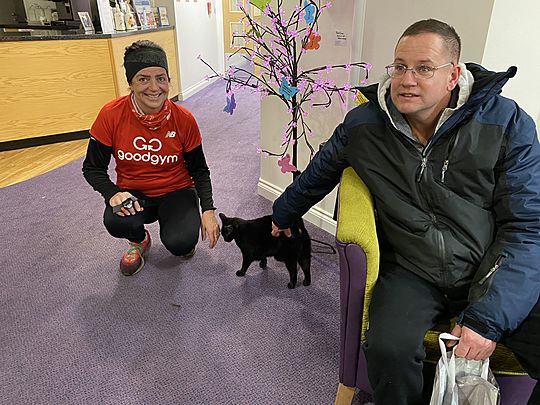 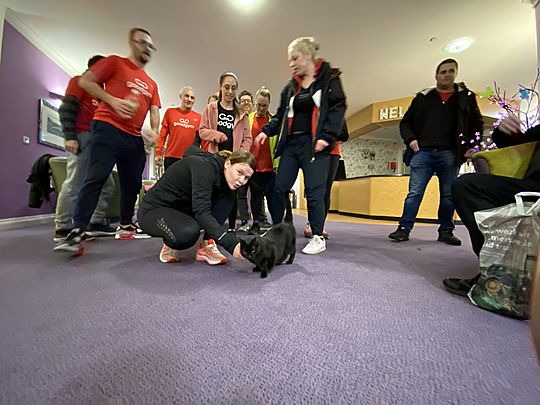 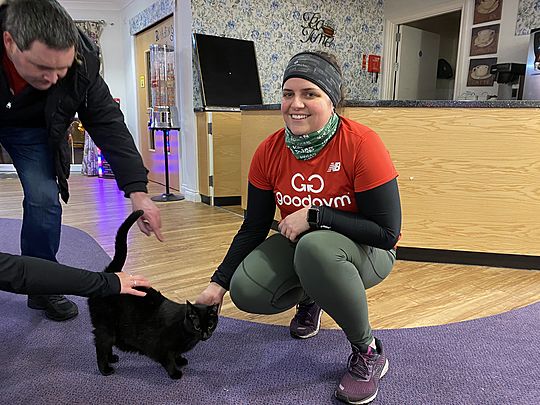 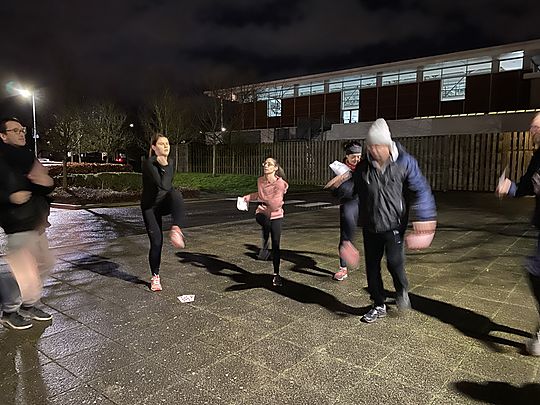 Tonight was the first group run of the year and also the decade! and we did not hold back on the numbers. It was lovely to see everyone after the Christmas break and also great to meet new members Gemma and Lea. Welcome to GoodGym Bexley, we hope you enjoyed your first run!

We headed outside where we had a quick introduction to everyone before moving on to playing our favourite warm-up game with the new giant pack of playing cards!

Each suit in the deck represents a different exercise and the number on the card represents the amount of reps. One day we will get time to go through the whole deck! But today we drew 2 cards each, then went around the circle carrying out what was on the cards.

Martin had 2x Joker cards and so could decide on what exercise we had to do. Even though he had threatened of throwing 50 burpees into the mix, he opted to choose 20 squat jumps instead.

Squat jumps seemed the most popular card tonight and so after we had finished squating and jumping we split into our groups heading to the Care Home.

The walkers set off down the high street while the running group went the back way around which was slightly longer. We seemed to arrive at the task all around the same time, signed in and said 'Hello' to the resident cat before splitting into groups again to go and talk to different groups of residents.

There were chats of where they used to live, football matches and family. The lady I was talking to was one of the oldest residents in the home who had her birthday last week...104 years old. She was telling me about her drink of Baileys she was going to have before going to bed.

It was great to see everyone getting involved, chatting and laughing to the residents. I think we cheered them up even if some were waiting to go to bed.

After, what seemed like no time at all, we said our goodbyes and got ready to leave. We all made our way back to base at Crook Log, a slightly longer run today. Well done everyone for smashing it.