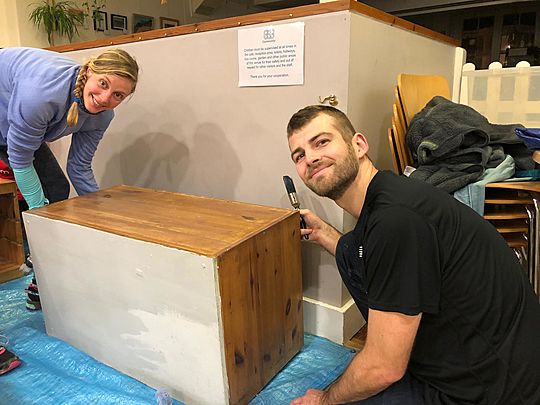 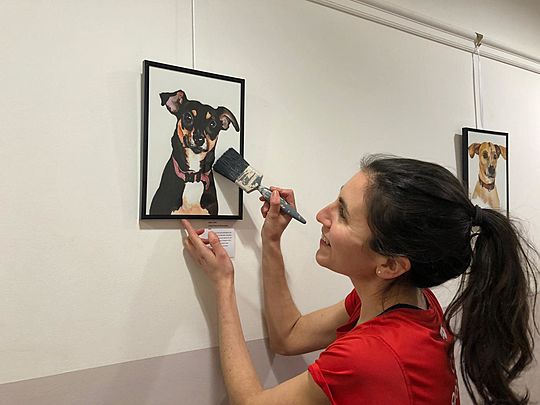 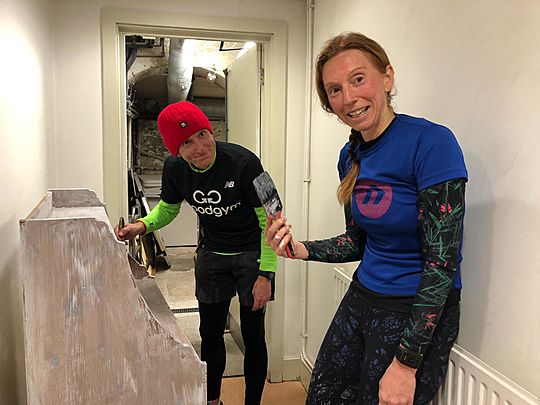 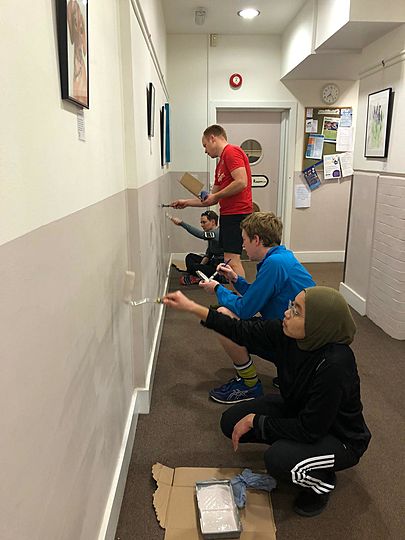 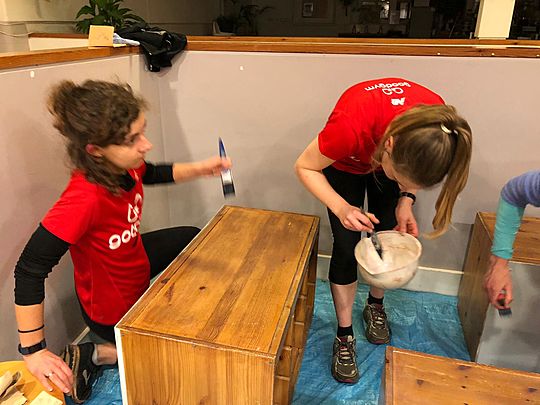 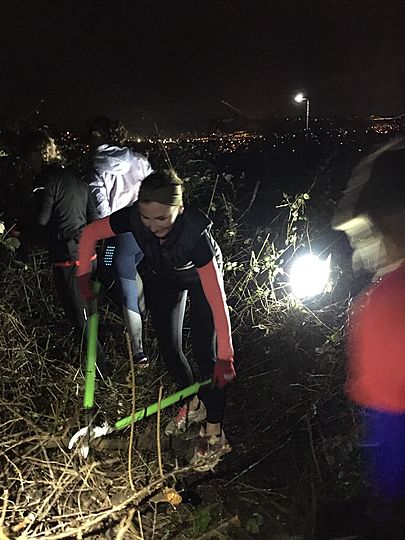 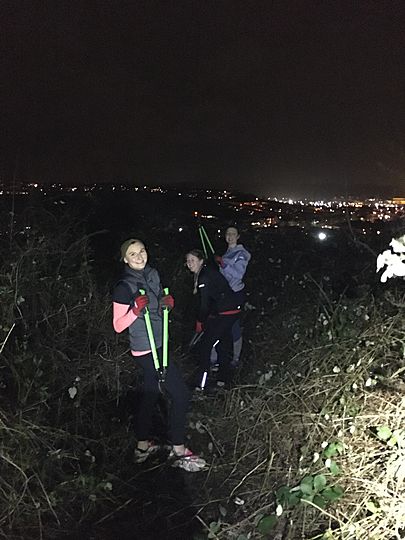 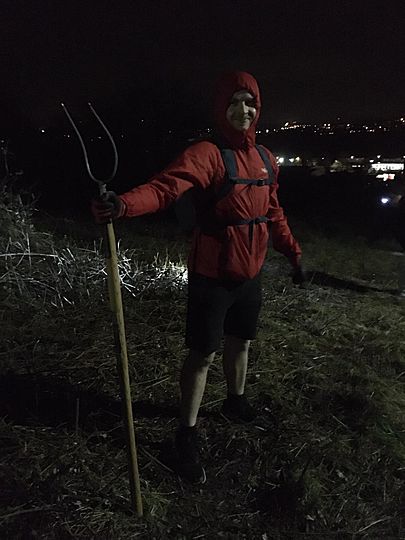 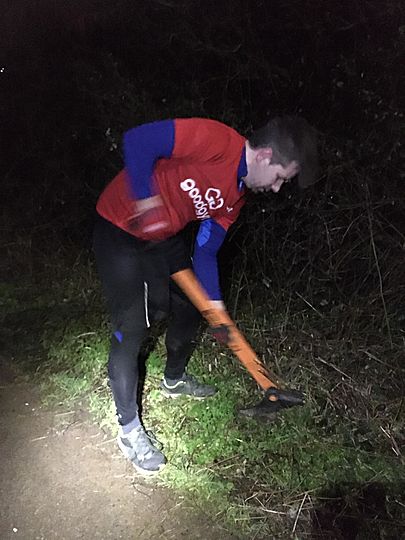 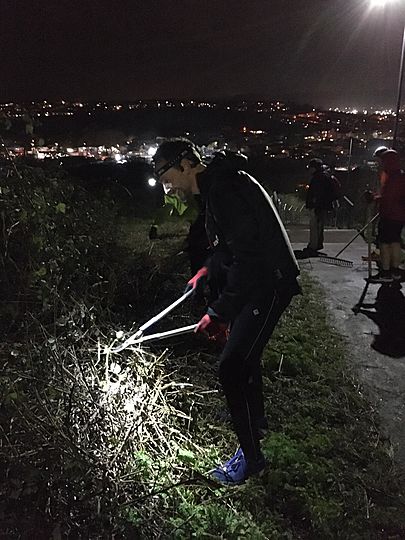 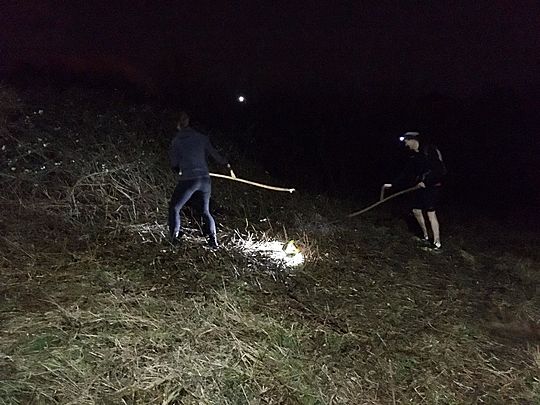 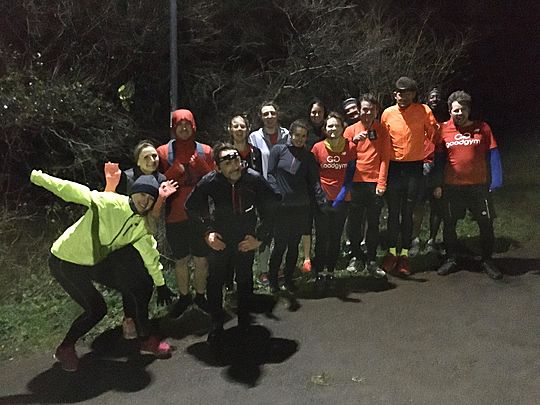 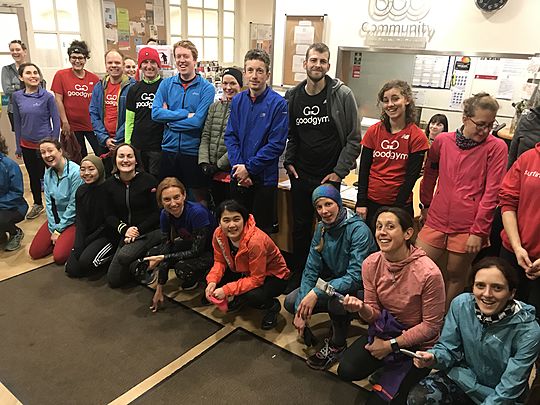 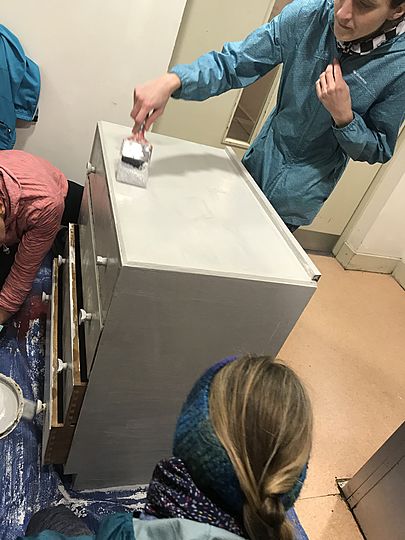 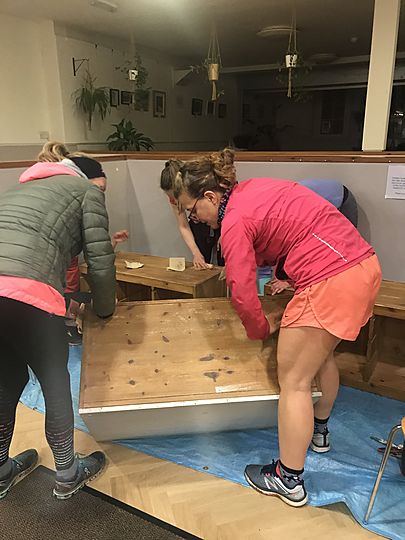 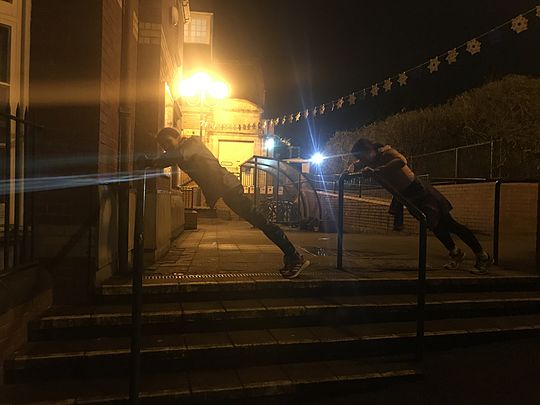 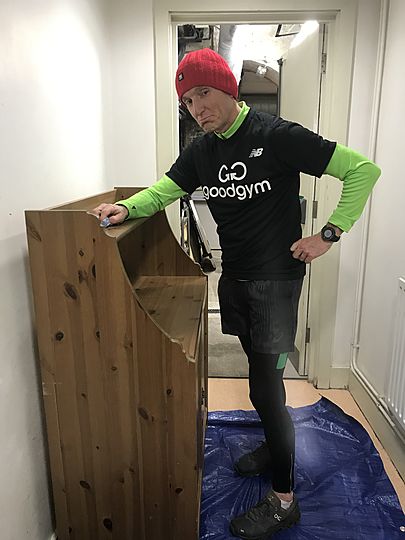 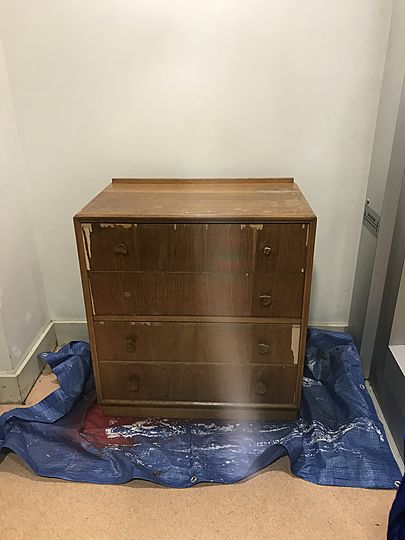 It's Tuesday, it's Group Run night and it didn't rain! Woohoo! In other great news, we had Christin, Regina, Maddie and Jess join us for the first time tonight - welcome!

Once we got warmed up, we split the group into our two tasks for the night, Northern Slopes and The Southville Centre.

Alison took a hardy group of 15 to Northern Slopes where they were continuing their task which was started (in the middle of Storm Dennis) on Saturday. Although it wasn't quite Storm Dennis, it was still pretty windy and cold up there, but the hardcore group got to work shifting brambles and clearing a pathway for when their trees are planted, so they can protect the birds nesting in the area. The tea and biscuits which were provided after this cold hard work were very welcome, then the group made their way back to warm up further back at Workout.

Meanwhile, it was GoodGym DIY SOS at The Southville Centre tonight, where Hugh had set us up with five chest of drawers to sand, varnish and repaint and a hallway to give a fresh lick of paint to. Amid in the pedestrians going to Taekwondo and French classes, the group got them done in no time, and as we switched the fitness to task groups at the half-way point, there was even time to get a second coat in.

The group got some impressive hill sprints squats, press ups and planks in during their fitness slots too. After that, it was time to head back and revel in our new up-cycling skills. Brilliant work everyone!

Nothing like a bit of beginner scything, in the dark, in a gale on the Northern Slopes. With a scythe. :D