9 runners ran 3.0km to help the Friends of Lordship Rec in Haringey. 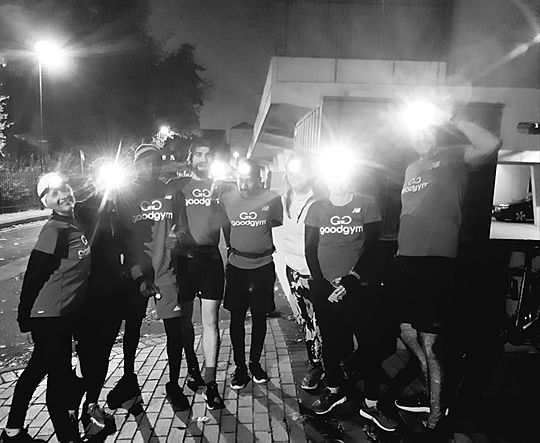 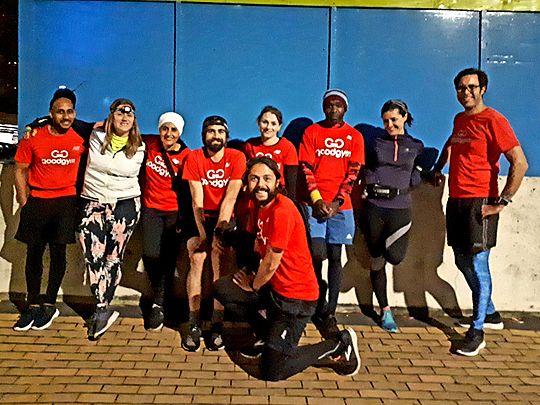 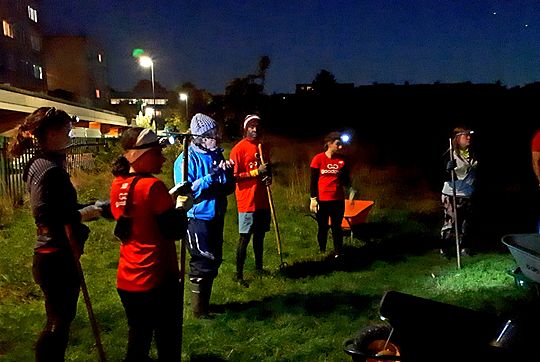 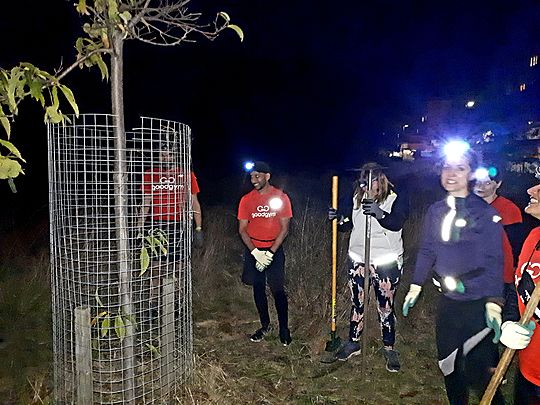 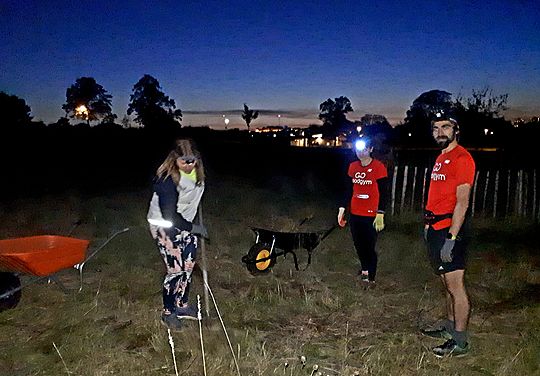 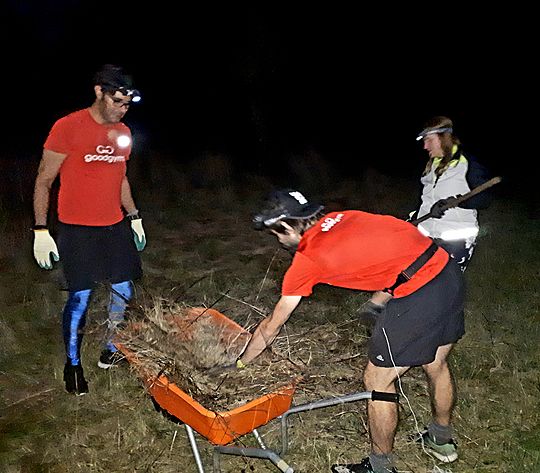 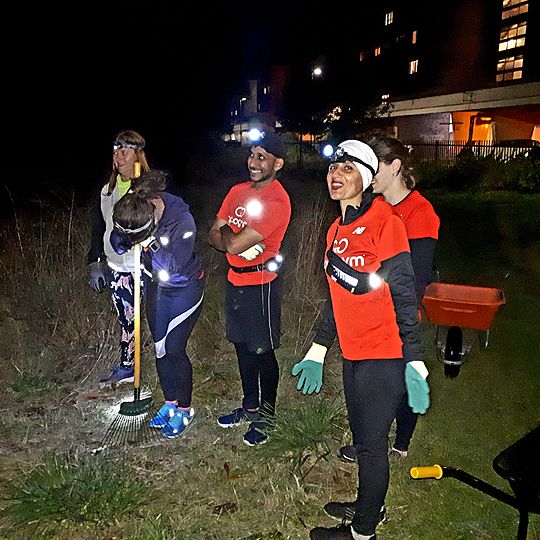 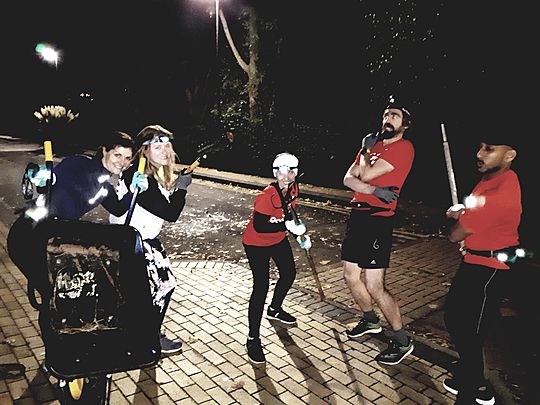 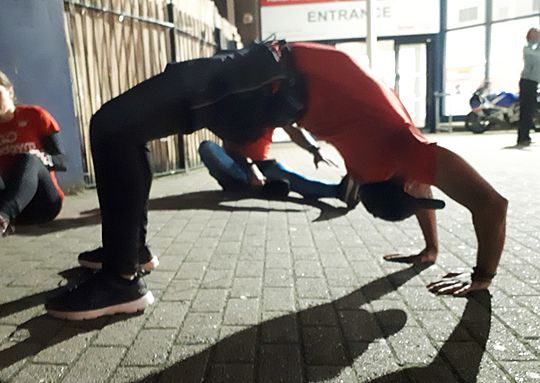 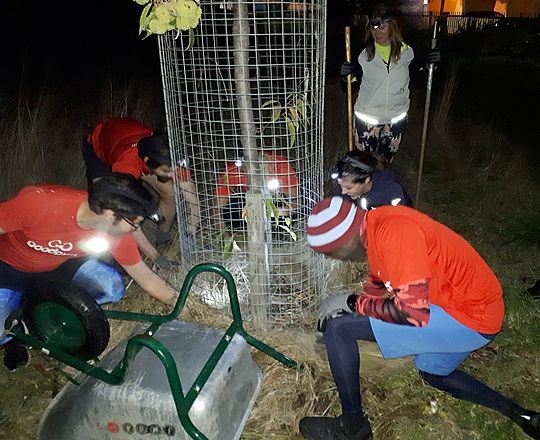 It was arctic cold, it got dark before we even set off, and the batteries in our head torches had gone kaput over the sunny days of summer gone while they were in storage. Did that stop our 9 intrepid Goodgymmers? Of course not. Winter, bring it on!

9 chilly Goodgymmers are standing around an adolescent sweet chestnut tree on a cold and dark Wednesday evening performing a truly heart-rending rendition of Queen's Bohemian Rhapsody. How did it come to this, you ask? Le's rewind!

We met at HQ, where Euclides was very pleased to see everyone dressed sensibly for the cold weather. We had an intense warmup session, that included mainly nominating Kapil for revenge burpees as it was his idea to "play" the Burpee "game". We also welcomed Rob, visiting us on the tourist trail, by targeting him too for the burpees. Don't say we don't know how to treat our guests!

We set off for Lordship Rec for a night of hay-doughnut-making and we were grateful with the run warming our weary bones.

At the task, Sally from Friends of Lordship Rec gave us a quick briefing and we started our job of creating doughnut-like rings around young trees, to help keep their moisture through the cold winter coming.

However, some Goodgymmers had different ideas and treachery was afoot - the target: a young sweet chestnut tree, with a melancholy bend to it. We won't name names but for the sake of this story let's pluck a couple of names out of thin air for the culprits - let's call them, oh I don't know, Niamh and Nurjehan.

These two unnamed Goodgymmers didn't get the memo and instead of making a doughnut around the poor tree, they Frankesteined a weird hay-sausage-shaped contraption encasing the poor sapling, and all but assuring a slow death for our victim.

Thankfully, they realised the error of their ways soon enough and with some help, we mended the situation. Sally had mentioned earlier in the day that some trees had been serenaded by a choir over the summer and they seemed to be doing really well from it. So Niamh and Nurjehan led us on a very spirited rendition of Bohemian Rhapsody. Sally has promised to keep us informed whether we have a future as tree whisperers.

On the way back to HQ, we played 'sprinting whilst not stepping on the cracks' and we even found time to push a stalled car up a hill only to see it stall again - how very sisyphean.

Good times. Come and join us next week for more shenanigans!

Best GG report ever! xD Was good to see you all last night. As I now live in Haringey I really should be there more frequently...