9 runners ran on a training session in Chelmsford. 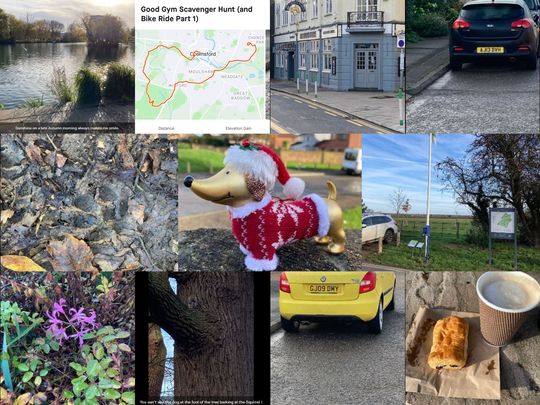 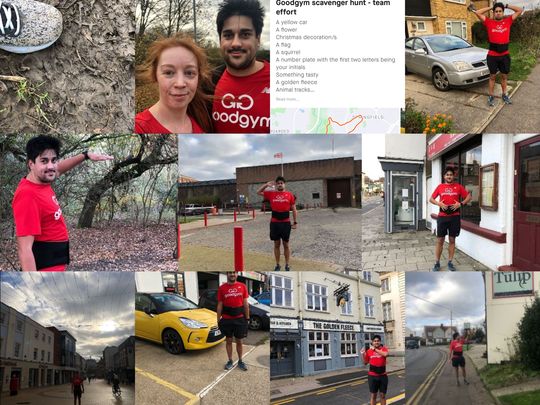 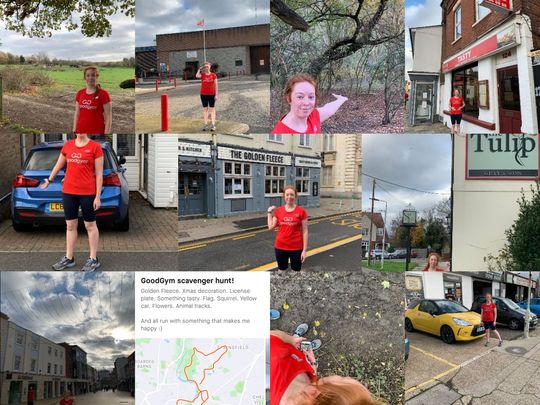 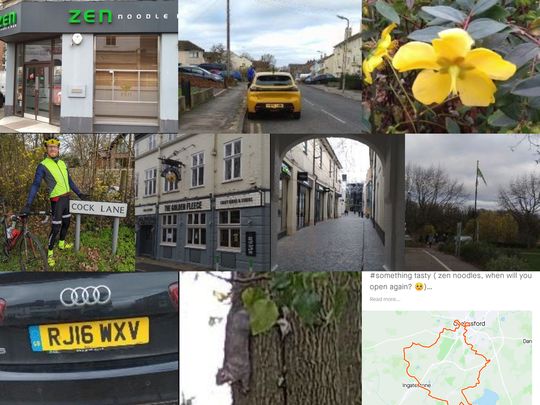 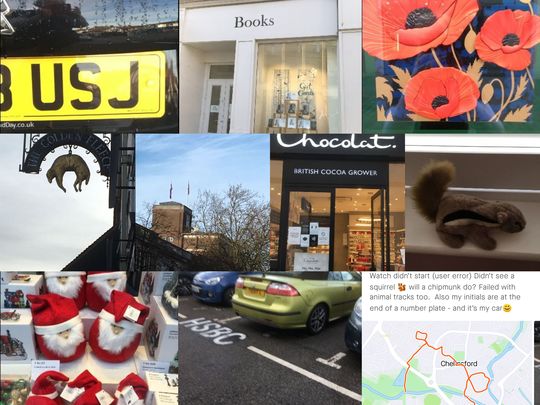 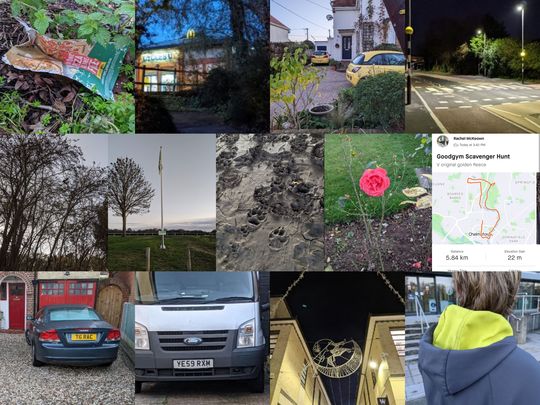 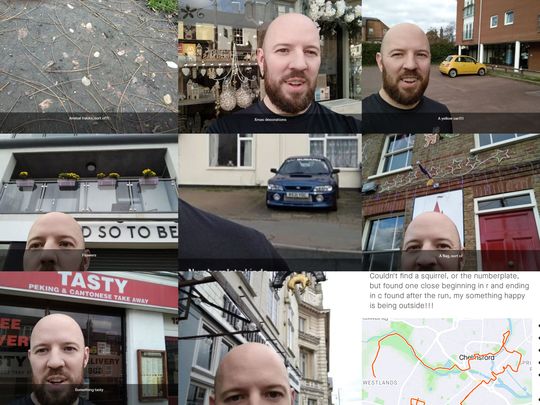 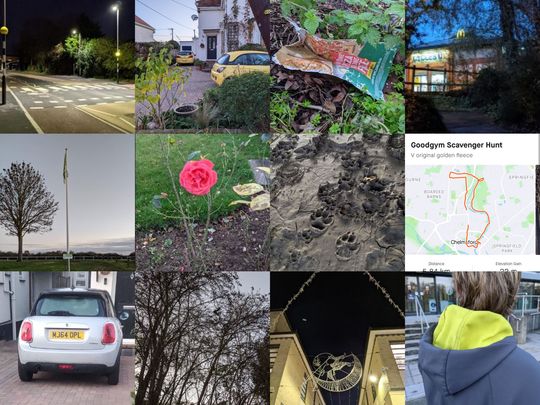 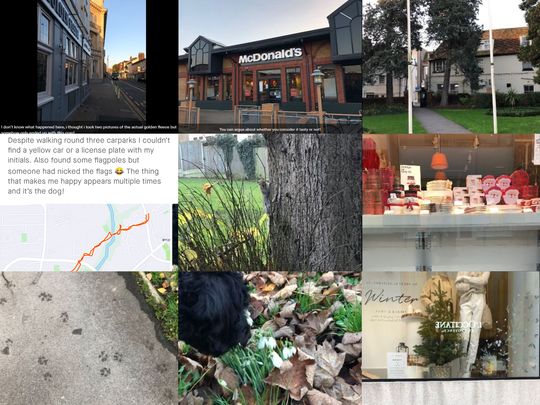 This weeks challenge was to find the following things within an hours long walk, run or bike ride:

Fay got her dog Paisley in most of her photos as her something happy, Rich got something a bit cheeky in as his, but most people showed great ingenuity and managed to think outside the box for the more difficult to find items. It was great to see so many of you put in the effort and we've made some wonderful collages of your activities.

When it came to finding a winner we thought a vote might be a good idea. Rich decided to ignore the hour time limit (so was already disqualified) and then embraced his inner Trump when it came to the voting, constantly declaring he was the winner and to STOP THE COUNT, even before it had started. Unlike the American election, there was some quite clear voter fraud going on. And so the ‘winner’ has also been disqualified, leaving the popular vote winner as Andy. It certainly made for an entertaining Sunday evening. Congrats Andy, a copy of Walking Dead Season 2 will be heading its way to you soon!!

I think we can all agree that trying to find your numberplate initials was rather frustrating (well done Laurie, being the only person who managed), they all seem to start with E around here for some reason!! Thankfully they will not be missed in next week’s challenge which you can sign up to here.